I Have The Power! Abusing the Awesome Power of GIFs 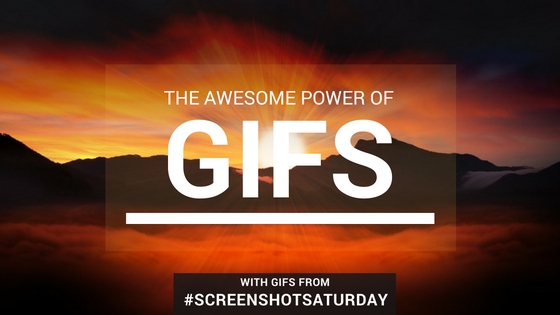 “I’m assuming everyone and their dog will be trying this now.”

That GIF from the game Overwatch, with over 1.5 million views and 14k upvotes, hits all the right triggers. It starts off slow but quickly ramps up and fires a shot of dopamine into your brain. Once the animation is over, you’ll probably watch it three more times and then pull out your wallet.

Why Should You Use GIFs

Gamers are no longer buying games based on screenshots. Video consumes more that 70% of broadband network traffic in North America, which is why we emphasize how important your trailer is.

Be honest—how often have you taken the two minutes of your busy life to watch a random game trailer?

There are generally 3 stages before buyers make a purchase.

Videos are in the “Consideration” stage. Unless it’s from an ad, buyers aren’t going to stumble accidentally on your videos.

Fortunately, there’s a format that fits the bill: the GIF.

The benefits of using a GIF over video include:

Those benefits place GIFs in the “Awareness” stage of marketing. You may find animated GIFs by scrolling through your Twitter feed, in a blog post, or shared in your favorite communities.

The Backlash Against GIFs

Whenever there’s a discussion about GIFs, there’s always a few complainers. I’m going to put them to rest. Let’s go through them quickly:

Over 100 million GIFs have been shared on Twitter, and Twitter wants to make it even easier. GIFs are also incredibly popular in online communities like Tumblr, Imgur, 9Gag, Reddit, etc – often reaching hundreds of thousands of views.

GIFs are so prevalent that GIPHY (one of the gif makers I’ll recommend later) raised another 55 million in seed funding. Investors know that GIFs are here to stay.

Understandable. If you have an under powered phone or a computer. Technology will get faster. Moore’s Law has been accurate for several decades. As a perspective, Unity was considered to be slow and clunky in 2012.

GIFs are there to build awareness. Save your beautiful HD videos for your trailer.

“Video is Way Better Than GIFs.”

With video comes friction. With video, a user:

Then has to finally commit by pressing play. This happens in a split-second.

Compared to a GIF, which just plays.

If the GIF did its job well enough, users will go from the “Awareness” stage to the “Consideration” stage. Users may then watch the full video. GIFs and video aren’t two sides of a coin. They can complement each other.

“GIFs Have a Limited Marketing Opportunity.”

Developer Patrick Corrieri, in his GDC talk, revealed how adding a simple GIF-sharing function in his game Poly Bridge allowed fans to share their content on social media. Fans exposed other fans to their bridges, which grabbed attention and attracted new users to see what the fuss was about. Patrick contributes features like that to why his game gained so much attention.

How to Make a GIF

Now that you now why GIFs are important, I’ll teach you how to make GIFs in 4 easy steps.

If you already have a video prepared, or know how to make videos, you can skip Step 1.

If you already have a trailer and want to make GIFs quickly, read this! Your trailer should have many amazing scenes, which makes them ripe for GIF making. Pick out the scene you want, and go straight to Step 3.

If you don’t have any video prepared . . . then let’s get started!

If you prefer to record your screen and have it export directly as a GIF, I suggest Gifcam. Unfortunately, there’s no method to fine-tune your animations. Everything has to be perfect if you’re trying to show off a neat trick in your game.

If you want more control, like setting the scene and cropping out elements, use a screen-recording software. YouTubers and Twitch users love Open Broadcast Software because it’s lightweight, captures high resolution, easy to use, and it’s free!

You can edit your videos using professional software like Adobe Premiere and Camtasia. Good video editing software is a valuable investment for lots of marketing channels. Savvy developers can pay for Adobe Premiere for a single month, crunch out dozens of videos, and create a pool of GIFs to use in their marketing for a long period of time.

But if you’re just dipping your toe into video, then go the free route and use Windows Movie Maker and iMovie.

Keep your GIFs focused, straight to the point, and easy to see. Too much build up and viewers will skip it. Wizard of Legend developer Contingent99 provides some tips in his article on how to best frame your animations.

Another reason to keep your GIFs short is that many of the drag-and-drop GIF apps can only make a short clip.

Step 3: Turning Your Video into a GIF

Many video editing softwares allow you to export your videos directly into a GIF. While it sounds convenient, I’ve always had trouble. I frequently, had to play with the export options to get it right. To avoid that headache, keep it simple by exporting it as a video.

Once you have it as a video file, you can upload it directly to GIPHY, ImgFlip, or Gifs.com.

Another option is to upload your video to Youtube, which gives you free organic traffic, and an easy method to re-send it to GIPHY and other GIF making Suites in the future. Or you can upload your video directly to Twitter as a .mp4. If you’re having trouble, you can check out this tutorial from the VectorStorm team.

Protip: You can create a bunch of animations into one video, upload it to Youtube, and use a site like GIFs.com or GIPHY to chop it up into a bunch of GIFs. One video = multiple animations!

After turning your video into a GIF, you may feel like the file size is too big. You can use EZGif to reduce the frame-rate, scale the size down, and other tricks to optimize your GIF.

Don’t stress too much over optimization. Re-upload the GIF to a hosting site like Imgur (or use GIFs.com or GIPHY) and let their servers handle it. If you’re sharing it on a website, use their embed feature to avoid direct hotlinking and breaking their ToS. The Overwatch GIF was about 56 megs. Remember that you’re trying to gain awareness, not high fives for optimization skills.

Image-based sites like Imgur, 9Gag, and GIPHY have a community who are always looking for new content. Imgur also allows you to post GIFs as a reply to posts.

You can also share your GIFs in your favorite community forums. Each forum has their set of rules of what is allowed and not allowed. Many allow GIFs but hide it behind a link that you have to click. Either way, uploading your GIF to GIPHY lets you directly share it without worrying about hogging the forum’s bandwidth.

Finally, you can use your best GIFs in PR emails. Developer Matt Mirrorfish chatted with Jonathan Holmes of Destructoid, who recommended using GIFs in PR emails as a way to stand out. Matt shared more tips about promoting his game with animated GIFs here.

Go Out and GIF Like You’ve Never GIFed Before!

Now that you know why you need to use GIFs, and  how to create them, you are on your way to leaving up your marketing skills! What creative ways are you using GIFs to market your material?