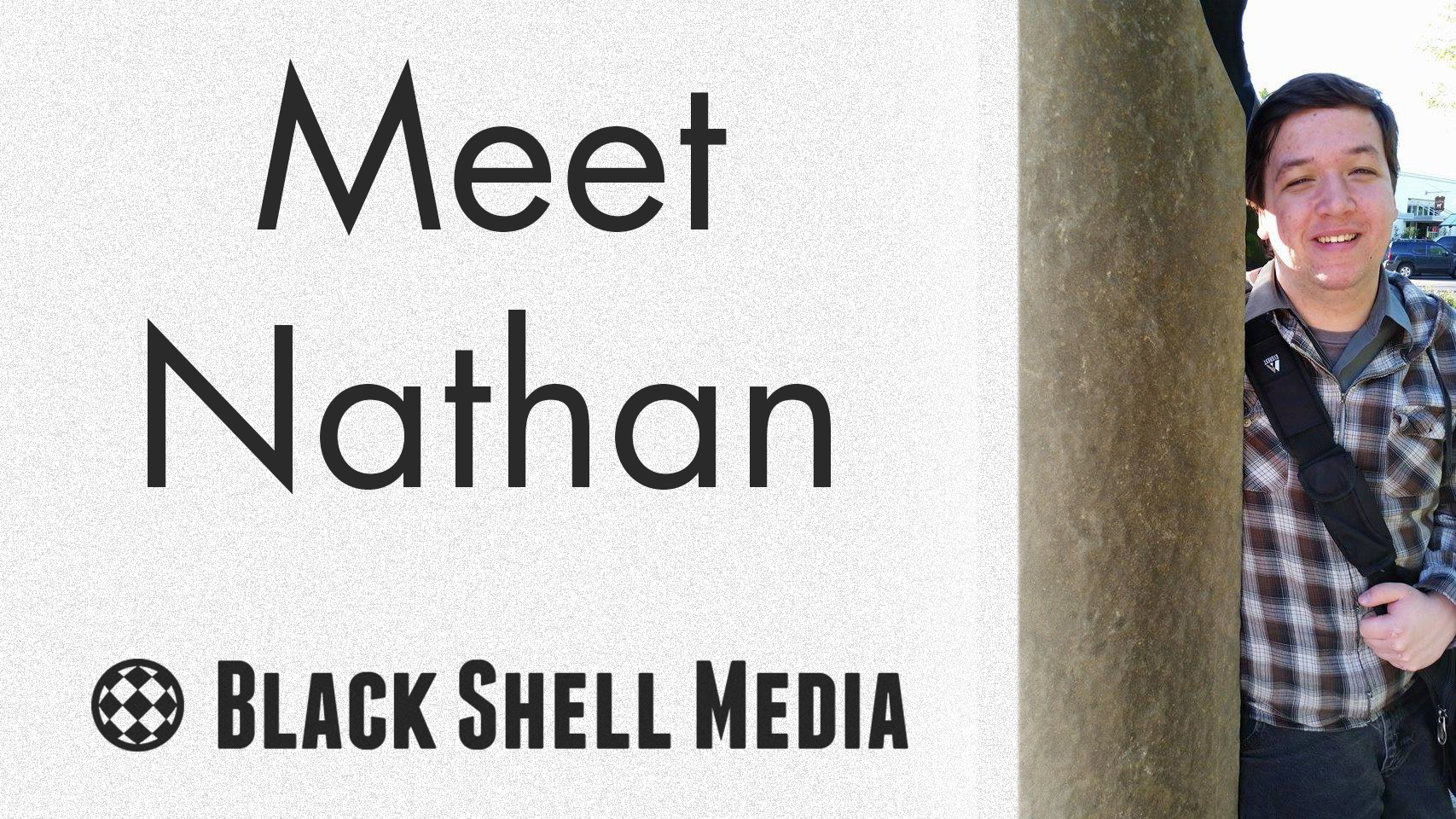 We recently hired a new full-time team member as a Content Marketing Specialist. His name is Nathan and he is awesome. In his first week on the job alone, he’s come up with so many awesome ideas to help further operations and grow our company. We’re thrilled to have him on board and wanted to ask him some interview questions so our blog readers could get to know him!

1) Hey Nathan! Welcome to Black Shell Media! How are you feeling?
I’m feeling great! Working with Black Shell Media means officially making the jump from gaming enthusiast to gaming professional, which is a life-long dream come true. Working with developers, getting a behind the scenes look at the industry, and working with the team has been extremely exciting. I’m excited about what we’re doing and what we have in store. Thank you for the warm welcome!
2) So I hear you’ve been a gamer for almost all your life. Tell me about your background in gaming!
To start, I grew up in a very tech-friendly home. My dad placed classic consoles in front of me from birth and tasked me with learning all I had missed out on in my non-existence. I spent my life plowing through game after game on nearly every single console. Most of my life, I’ve been a bit of a Sony fanboy, but I truly love all companies in the gaming industry. Some of my favorite games include the Monkey Island series, the Telltale games, Chrono Trigger, Team Fortress 2, MLB: The Show, The Binding of Isaac, and so much more. I am super excited for the industry and I am constantly reminded that we are in a golden age of gaming that continues to explode outward as the years go on.

My first steps into the gaming industry were as a member of the press. I joined an independent gaming blog, The Modern Gamer, where I eventually became Editor-in-Chief. After a few years of running that ship, I jumped from freelance gig to freelance gig, both in and out of the industry. I briefly acted as social media consultant for the developers of Skara The Blade Remains, where I helped their title complete a successful Kickstarter campaign. I took a few years off, away from the industry, where I worked at a city newspaper and at a community theatre. Black Shell Media represents a return to the field I love and I am extremely excited about the opportunity.
3) What made you want to get into the gaming industry?

Simply put, a love for gaming. Video games represent the ultimate blending of all art forms and they have been extremely important to me since childhood. I idolized game developers and kept up on gaming news. Being a professional in the video game industry was a dream! But of course, as we grow up, we’re told that we need to enter fields that are profitable. Careers that would set us up for success in the future So clearly, I made the practical choice and became a journalist . . .It was then that I became aware of a common career path for gaming journalists. To spend years on the press side of the table, building connections and knowledge of the industry, before eventually jumping over as a professional. So the dream became reality once more. And that led me to where I am now, with Black Shell Media!

4) What’s something most gamers don’t know about the industry?
Most gamers don’t seem to know that working in the industry is genuine work. Of course, we are extraordinarily lucky to work in such a fantastic industry, but so many people assume working in the video game industry means hanging out and playing video games all day. But it’s so much more. Crunch time in a development cycle means spending all your waking hours, and then some, to get a game finished. Promoting a game means working nearly 24/7 to make sure that your client’s title ends up in the hands and brains of as many people as possible. And then it becomes clear that work is work, no matter where you are. Especially on the press side, where you have to push through games to meet embargos and ignore games on your wishlist to cover what needs to be covered.
On the other hand, that genuine work can be read as genuine care. Dozens to thousands of people put work into any given game, doing whatever they can to help titles reach their potential. This industry is full of passionate folk that work their hardest, both in the independent scene and in the AAA world, and it’s amazing to see what people can achieve. And really, as the cliche dictates, when you love what you do . . . work isn’t work!
5) What advice would you give someone seeking a career in gaming?
Just go out and do it. These days, there are endless tutorials and opportunities for gamers and developers to get their voices heard. If you want to develop, hop on Unity and start tooling around. If you want to join the gaming press, just start writing out your thoughts of the gaming industry onto a personal blog and build up those credits. Keep learning. Read educational articles at places like Gamasutra or even right here on our blog. Just keep going and pushing until you break through! That’s what I did, but sometimes it’s just about getting lucky. So keep rolling until you get there! And if you develop a game and need a little help, reach out to Black Shell Media for a little boost up. 🙂

If you want to say hi or ask Nathan anything at all, drop him a line at [email protected]!