Reading Between the Lines: What Passive Storytelling Teaches Us—Part 1, Submerged 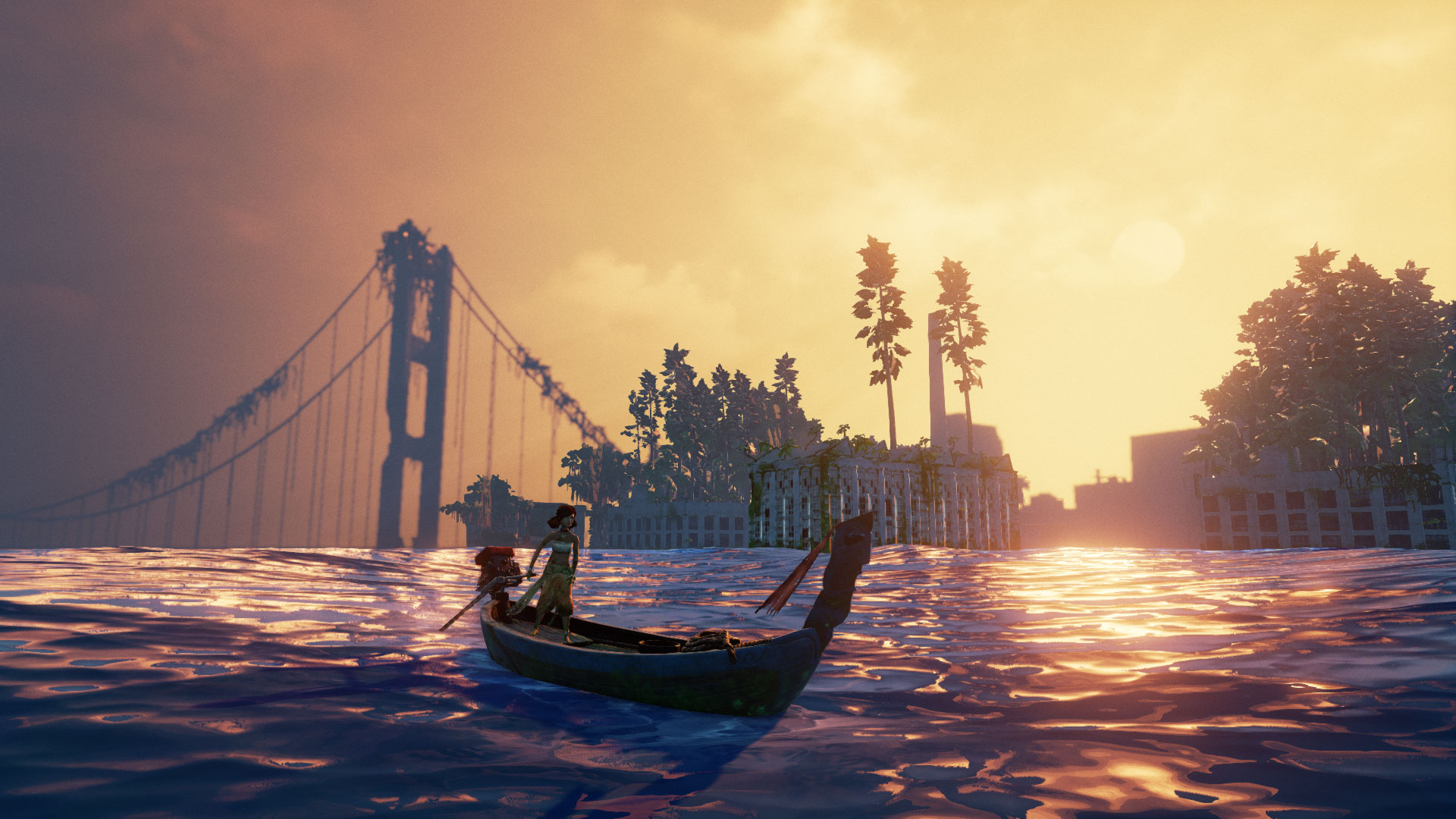 Everybody knows about big AAA games, with stories befitting a box office motion picture: Telltale’s The Walking Dead for example, or Uncharted 4: A Thief’s End by Naughty Dog. They’re praised for their powerful and compelling narrative. The pace, the twists and turns, the scriptwriting—active storytelling at its best. Yet for every game released that uses active storytelling, there will be a game that uses passive storytelling.

Day-Night cycle, with a weather system can be found in Submerged

The Plot(s) of Submerged

Submerged is a third-person exploration indie game developed and published by Uppercut Games for the PlayStation 4, Xbox One and PC in 2015. It is set in a post-apocalyptic world where global warming has flooded the earth. You play as Miku who arrives at an archipelago of half-sunken buildings with her heavily-wounded brother Taku.

Miku speaks in an undetermined language and, unless you’ve turned on the HUD in the settings, you don’t even get subtitles. However, players are able to understand enough.

As you explore the buildings, you discover secrets (60 of them). The secrets tell the story of the city and its inhabitants. One simple picture at a time, like a cave-drawing storyboard.

With every crate that you find to help treat your brother, you also see the backstory of the siblings, four images at a time. Accompanied with harrowing piano chords, you realize that the siblings ran away from home after Taku is injured as a result of one of their father’s alcohol-fueled violent acts.

When you’re not climbing the buildings, you travel through the waters on your motorboat.

The first thing to note about Submerged is that its storytelling relies heavily on its sound design. Being primarily an exploration game with no combat mechanics—not even a death mechanic—Uppercut Games knew how they wanted to tell the stories found in Submerged. Beautiful piano pieces accompany each level-break, and a single piano note chimes for every secret you find. And while those sound cues help you empathize, you’re continually immersed in the game-world.

The waves crash into the sides of buildings, a large number of sea creatures wait to be discovered as you explore on your boat which come to join you on sections of your journey. Whales, dolphins, even birds inhabit every corner of the world. You’re constantly reminded that it’s not a world belonging to humans anymore: that it’s time for the humans to work with and around nature.

I’ve found myself just standing around doing nothing every now and then just to listen to the soundscape and to be honest in the midst of all the current releases of fast-paced first-person-shooters, ‘Submerged’ provides a very welcome, serene alternative.

No time limits to do anything. You can just sit back after a huge climb and enjoy a sunset/sunrise in Submerged.

Let’s just all take a moment to thank Epic Games for their wonderful engine. Submerged was made using the Unreal 4 Engine, and, boy, is it beautiful! Sure, the character models for the siblings leave a lot to be desired (they really aren’t that nice to look at too closely). But then you reach the top of a building, and you gaze at the distant, slightly blurred ruin of a bridge. The sun bursts through the clouds, sending beams of light scattering between you and the bridge. When you see sights like that, you just forget everything else.

The character design fits the cave-drawn images that you’re shown for the backstory. The world in which it all takes place is so damn beautiful, perfectly mingling with the sound design.

You see a building in the distance that you think you can climb, and you jump on your boat to get there, reveling in how the waves look. Who cares about knowing where you’re going? You’re guided by the sun, and simply watch the pattern of shadows form as you travel over the water.

Looking at the horizon as you climb to get to secrets and a supply crate is really satisfying.

Submerged is an amazing game that provides just enough to create an emotional connection with the protagonist, with the world, and with the narrative that is presented. What happened to them? What’s happening to Miku right now? What are those humanoid-coral beings in the distance? Wait, what?