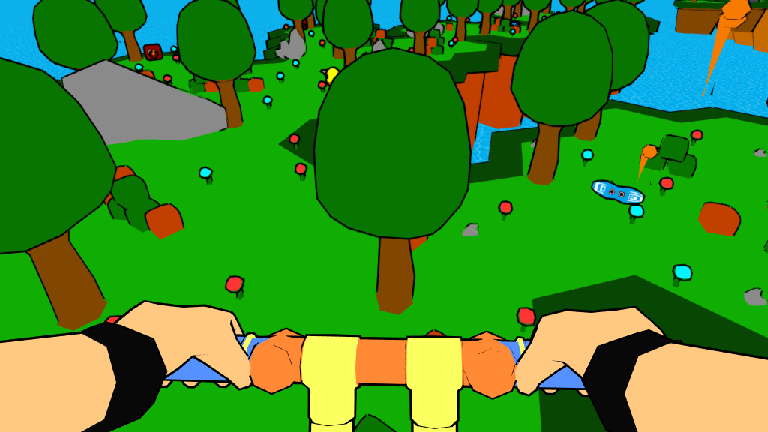 When describing a game most people usually go for one of four points of description- the story, the world, the characters, and a frame of reference.These descriptions can be a little troublesome and confusing especially describing Open World games and Sandbox games. However, both genres have unique features and  elements which make them distinct. In order to cater your design to the right principles, it is important to first recognize the different between the two and the special requirements of both.

Open world games and Sandbox games have so much in common it’s a can become difficult to tell them apart. Even some gaming critics mash the genres together by calling them “open world sandbox.” While those types of games do exist, is it important to give each their due.

Open World games are well, Open World. This means they aren’t linear and have multiple paths to either get to or complete an objective. In this genre players have control over their experience. A prime example of the open world genre is the Fallout series. Fallout, especially Fallout 3, New Vegas, and 4 allows the player multiple strategies to take down their enemies. They also provide various points that the player determines through gameplay of where to scout for supplies, encounters, or just view of the world.

Sandbox games allow the player most if not full control over their experience. These games give the player all the toys and tools they need to craft a pleasurable session which keeps them coming back. In sandbox games, if there isn’t an actual story line players create their own objectives and continue with them until they are finished.Two good examples of this are Garry’s Mod and Minecraft.

I picked these two games because they are sandbox but different types. Garry’s Mod is a completely free-form experience which is dictated solely by players, whereas Minecraft on the other hand give some semblance of structure and implied story, while still allowing players to shape their own experience.

Designing for the Freedom of Choice

The appeal I find in open world games is the illusion of choice. However I don’t mean a false choice as in multiple options where only one truly gets you to where you need to go. What I mean for instance is where there might be only one place to go, but more than three ways to approach the place. Allowing the player to guide how they want to handle an encounter not only gives the game more replayability but also gives the game appeal and adds a bit of curiosity since the player will constantly think about what they might be missing.

So now that you have your level which gives a sense of choice and sparks curiosity, how do you keep the player feeling as though they are open to do anything while at the same time keeping them guided through the experience? Use the world as a barrier. If you look at the Fallout example I presented earlier, especially New Vegas, players will notice certain mountains or fallen structures block their path. This gives the player the mental mindset of, “I can’t go this way I need to find another.”

Alternatively, you could add in “death spots”. Death spots are locations on a map which may present challenges far above the player’s level, giving them an eventual goal as well as a roadblock. It’d be helpful to notify the player of a potential death spot either through a sign, a NPC comment, or a pre-scripted NPC death on that spot. Adding in these kinds of locations still gives players a choice, but also guides them through providing a better, more “optimal” route.

Designing for the Imagination

Players in sandbox, digital or real, need toys. Toys are the vehicle of play, which is the ultimate expression of imagination. A developer’s design goal is to make imagination fun. Having a world in a weird, warped, or dream setting can allow anything to happen. These settings allow the imagination to accept the unreal and the impossible, which can lead the player to want to try and obtain the impossible and to create the unreal.

No matter if it’s open world or sandbox players need something to do. Whether it’s creating their own fun though creation or using the tools you give to the player to shape their own approach players need something to allow their creative juices free. Now one problem with the designs of the game and I mentioned it earlier, imagination. If the player doesn’t use their imagination this could render your game useless. A way to give imagination to players who don’t want to use it is a story, or amazing art. Either way I hope you have enjoyed this article.