Demo the Right Thing: 3 Tips for Making a Strong Demo

There’s been a lot of debate as to whether game demos are good or bad. There’s the argument that demos are great because they encourage potential customers to try your game out, when they may not otherwise. There’s also the argument that they’re bad because someone might play a demo and decide they’ve gotten their fill from it, which means they don’t feel the need—or want—to buy the full game.

My opinion on the matter has always been decidedly simple: there is very little downside to having a well-planned, focused demo for your game available for people to try out. Here’s why:

Now that we’re clear on why there’s very little downside to releasing a demo for your game—provided you have the resources to invest in one—let’s talk about what makes for a good demo.

Nearly any kind of game can have a good demo that helps sell the experience of playing it. I’ve played demos of the unlikeliest games and had them convert me into a passionate fan. You just have to figure out what works for your specific game within the framework of a few basic rules.

If you’re bothering to release a demo, make sure it’s one players can really sink their teeth into. In essence, give them a vertical slice of your vision and let them go to town. Don’t limit the experience too much, because if you do there’s going to be nothing for them to talk about with their friends.

If you’re an action game or platformer, that means allowing the player to get a good sense of how movement works, and how combining movement with different weapons/skills is fun at an advanced level. (So don’t be afraid to throw some tougher scenarios in there!) If you’re an RPG, it means letting the player experience enough of the world of your game to see if they like being in it, and how all the different gameplay systems and sub-systems come together.

In essence: define clear boundaries, but afford the player a lot of freedom within those boundaries. The metagame of “making the most of a demo” is fun by itself and conveys the sense that you’re being generous with your demo because the full game has a whole lot more in it. 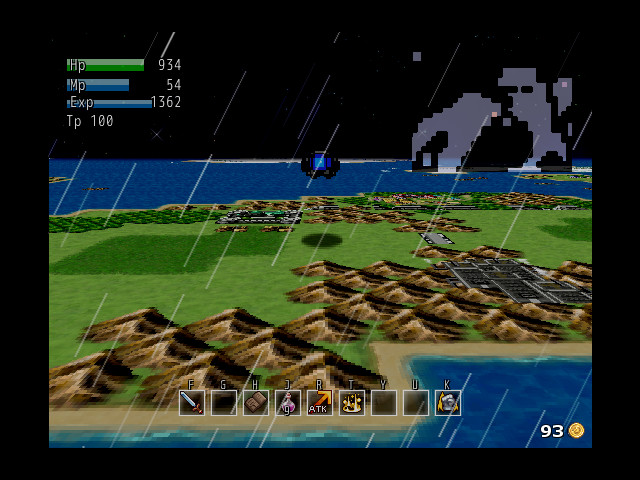 After the End allows you to explore planets throughout the galaxy in search of crafting materials.

This one’s simple. Leave teases in your demo for the larger scope of your game, but don’t allow the player to engage with this larger scope. For a game focused on exploration, this could mean allowing the player to see into a new area that they can’t visit in the demo. For a visual novel, it could mean introducing an interesting character that the player can’t interact with until later in the full game. Leave teases everywhere you can, and make sure the player sees what they’re missing.

The trick here is not to limit things too much. You do still want to allow the player to feel that their time with your demo has been rewarding. Allow them to stumble upon hidden items, go searching for secret entrances and passageways, and even earn a rare weapon that’s clearly from a little later in the game.

Just make sure to communicate that there’s an even grander discovery waiting for the player just beyond the confines of what the demo already offers. This way, the impression you leave players with is that there’s always going to be something bigger and better to discover in the full game.

3. End on a Cliffhanger

Always end on a cliffhanger. Always. It could be a point where you trigger a major boss fight, an awesome plot twist, or a point in the game where the world is just about to open up. Depending on the kind of game you’re making, it’s very important to identify your peaks, and end your demo right there.

The idea behind this is simple. You build tension and excitement, end on a high, and let the player know that they’ll get to see the resolution in the full game. That said, if you do employ this tactic, try to make sure of two things:

There exists an old MS-DOS demo of Mortal Kombat II that allowed you to play as two characters (from a total of 12). Here’s the catch: if you hit Random Select, there was a chance the game would select a possible third or fourth character instead. You weren’t allowed to select them manually, but sometimes the Random Select would. I’m not sure if this was intentional or if it was a bug—given that the Random Select would sometimes cause the game to crash—but it made for a very addicting demo.

While I love the Dissidia 012 demo, it allowed you to play as 8 different characters, one of which was an unlockable. Eight is a very wide selection and gives the player a little too much content for a demo. That’s precisely what happened to me, and while I did eventually buy the full game I often went back and played the demo instead, because it was good enough for a fighter I liked to play in short bursts.

Style Savvy: Trendsetters on the Nintendo 3DS is one of my favourite games ever, and I would never have bought it if not for its alluring demo. You see, Style Savvy is a game about running a fashion boutique. Customers visit your shop, give you a vague idea of what kind of person they are, and it’s then up to you to put an ensemble outfit together for them. As your shop grows, a wider variety of customers visit, some of which become friends and help move your character’s arc forward.

The demo, however, didn’t contain any of this. All the demo did was give you a theme for a fashion show, allow you to create an ensemble outfit from a pre-defined selection of apparel, and grade you on how well you did. It demonstrated Style Savvy’s elegant mix-and-match system brilliantly, gave you a taste of the sense of progression you would get from the full game, and left you hanging.

It was also one of the very first Nintendo 3DS games that allowed users to share screenshots via social media at the time, and for about a month my Twitter friends and would play the demo each day, showing our outfits off to each other. When the full game was released a few weeks later, we were all there Day One.

While many argue that demos, instead of being an opportunity, are instead as a chance to lose customers (the prevailing idea that your audience has already decided whether to buy the game or not), this tends to be more of a concern for AAA developers due to the level of marketing available to them. For indie devs, demos represent a fantastic marketing opportunity to generate buzz about your game and increase release day sales. With just a little effort and consideration, you can increase awareness and generate conversation over your game, which is one of the most powerful things for indie devs.