Will PUBG Have a Future in eSports? 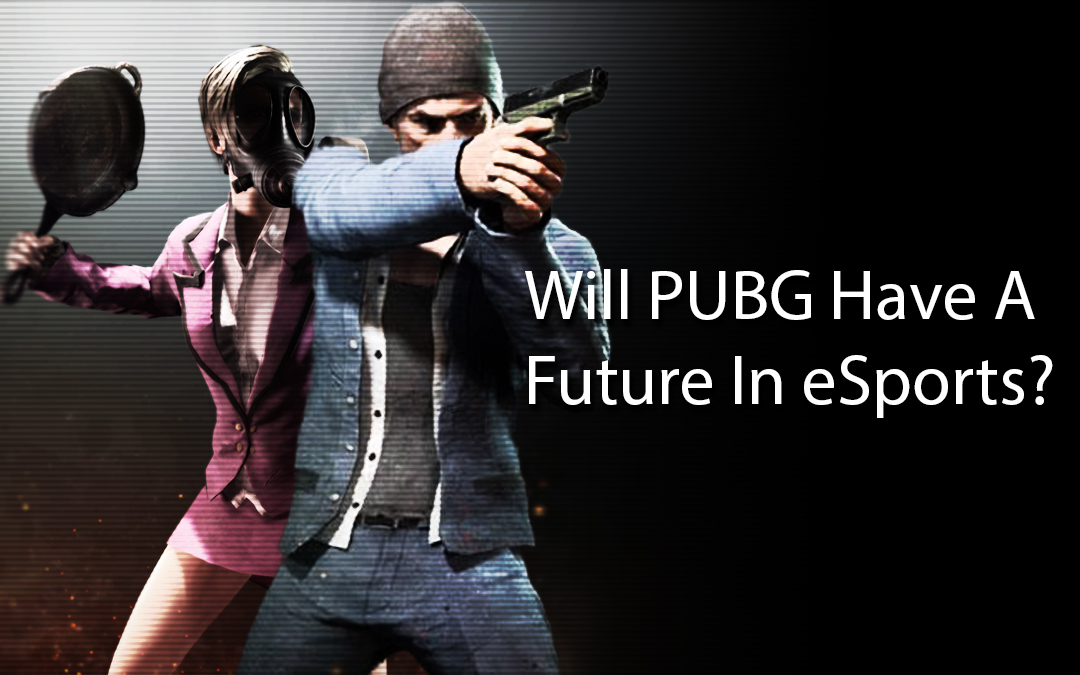 Playerunknown’s Battlegrounds is an early access battle royale game that pits one player against 99 other people on one map. Being an early access title can be a deterrent for many players, but this hasn’t stopped it from becoming one of the fastest growing games on PC. It is getting constant patches and updates with future plans to expand gameplay options and additional content and maps.

It was conceived by an ARMA mod developer known as Brendan Greene. Its rise in popularity came down to a few factors, it has become a popular stream game as much of the gameplay leads to tense situations. Matches are designed to funnel player interaction. The gameplay area shrinks and players outside this area will take damage.

YouTubers & Streamers have helped boost this game’s popularity—most notably Pewdiepie, who has recorded many matches for his channel as well as streamed long sessions with much positive appeal from his viewers. This exposure and quick rise to fame for PUBG also brings up a discussion on competitive play and PUBG’s compatibility for eSports. There needs to be considerations made however with marketing, design and how the game is presented for this push toward eSports.

There are some initial factors that make a game suitable for eSports status. Game popularity and player population is likely the most important of these factors. A game needs to be able to reach a vast demographic of players and viewers. PUBG, since February, has reached over 1 million active players. Even with some setbacks to development and minor community issues, PUBG has become even more popular than DotA 2, which is a free game by comparison.

Pricing is another factor: many eSports titles range from Free To Play, up to $30, and sometimes to a full-price games at $60 dollars. The sweet spot however is the midpoint at $20-30 USD for a title. This ensures that a developer is able to make a profit whilst expanding the range of players that can afford to purchase the game. The long-lasting franchise of Counter Strike has been able to survive through multiple iterations with a price point of around $10-20. PUBG is now currently at $30, but considering the rise in community interest, a price hike would not deter future players if that is decided when the game leaves Early Access.

Games that encourage teamwork are essential, and how PUBG can be played now is either as a team or solo. It can work both ways, and from the standpoint of good multiplayer features this is good. With eSports, teamwork is essential. At any event you will have a minimum of two teams facing off against each other to usually win a cash prize that is then divided for the winning team. Most games that exist in eSports already are perfect games for teamwork to happen in. In many games that exist in eSports today, you will see many pro players require the collaboration of a team to succeed because of how high level players have become. If a team fails to cooperate at a certain level then things will fall apart.

Another factor for suitability in eSports is how a game can accommodate for structured events. This is where things do get tricky because as it stands, PUBG defaults to 100-player matches that last between ~50-75 minutes. Now this seems a little unrealistic for the common structure that we already see in eSports of 3-6-person teams. Getting a hundred people into one gaming session for eSports is far-fetched, however PUBG does accommodate for teams.

Considering how teams are a mechanic within the game, if eSports is a future goal for PUBG then a mode that can be tailored to events is essential. Even after new maps are added in by the developer over time, sections of those maps can be cordoned off with player limitations put in place and custom conditions set so matches can suit different events and categories.

Marketing Games for the Competitive Scene

There are safe routes when marketing a game to the competitive scene and sometimes there are not. If a game can catch on with the competitive scene, it can benefit a game greatly, in sales and even in reputation. Hypothetically, if Infinite Warfare were a good competitive shooter (which currently it is not) and the competitive scene accepted the game, many would overlook the franchise it is a part of (Call of Duty). This means that the game you are marketing needs to consider how its gameplay, design, and compatibility fares for eSports.

However, one way you do not go about this is similar to some of Nintendo’s attempts to market their games for eSports. Nintendo marketed Splatoon for eSports, however it didn’t exactly catch on as well as expected. Nintendo made the mistake of assuming that it would succeed. Making assumptions of a game’s success is a big red flag. This should be obvious to most people but it must be said either way. A game just doesn’t succeed automatically after throwing money at it. There are steps to take. Whether the game is compatible, if the game has player retention and how strong the viewer audience is for that specific title.

For Bluehole Studio Inc., there is a lot more breathing room to get their game to an eSports stage. With PUBG being an early access title it will need more work to make it more suitable for competitive play. Important changes still need to be made such as how matches are set up and others things such as anti cheat methods that can cope against hackers or exploiters.

The anti-cheat aspect is very important actually. Even to this day, people have been caught cheating in live stage events. Counter Strike has two systems in place, one that has been in place for a long time the Valve Anti Cheat system aka VAC, and overwatch for CSGO where spectators analysis gameplay carefully to determine if someone is cheating if VAC doesn’t auto detect them. These strong anti cheat measures allow for a smooth start within the competitive scene.

PUBG in Early Access has been a surreal experience. From my own experience, I learned about PUBG by noticing it on the top sellers list in Steam and seeing friends of mine pop up on Steam playing it. I have not seen any large scale ad campaigns, and local mainstream media hasn’t really mentioned it.

And yet it still has reached the million active player mark and continues to boom almost exponentially with interest and players. Video content and internet marketing has been the driving force for spreading this game to new players. 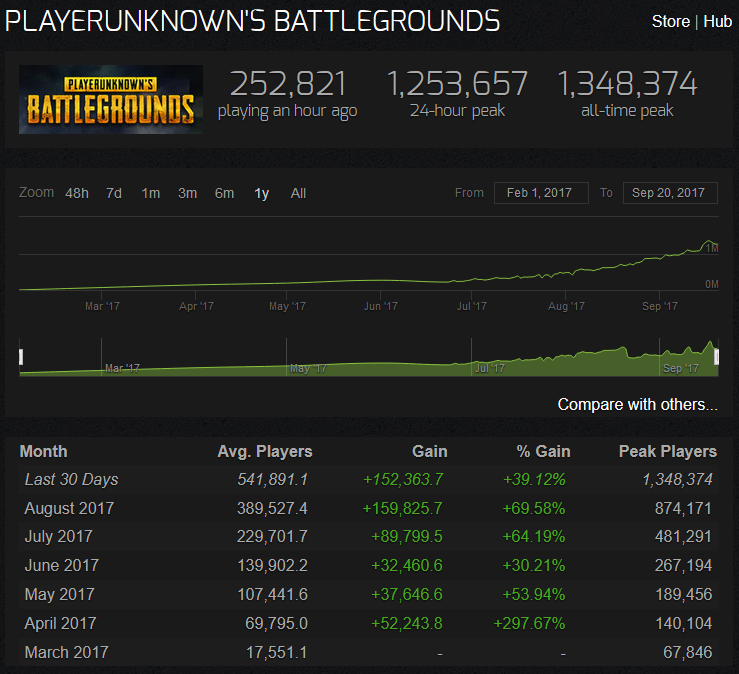 I think anyone can be impressed by these Steam stats, even if you dislike the game itself.

A Likely Future within eSports

Success is on the horizon for PUBG. That success will most certainly involve eSports. All roads most definitely lead to eSports given the game’s retention in players and viewers. Before PUBG is released it needs extra changes made such as smaller modes, cordoned maps and tweaks to how the game area changes over time. These changes will make PUBG fully compatible and flexible on the eSports platform. Having that fluidity will allow the game to hook more players and even expand the range of viewership that it can obtain.

If a game is not suitable for eSports then it won’t get far. Suitability is key, because suitability leads to getting a strong viewership and having player retention. Once a game has viewers and players in large consistent number then that will lead to sponsors for players and teams and then it comes down to how the game is marketed.

An interesting underlying element to this topic of PUBG that many overlook is that the game was developed by a modder for another game. It shows that anyone has the chance to create a game capable of great success.

Did you enjoy this article? If so please spread it around on social media. We’d love to interact with people from the industry and branch out to make connections. Our Twitter is located here. If you’d like to join our mailing list, click here.