5 Game Development Lessons I Learned as an MBA Student 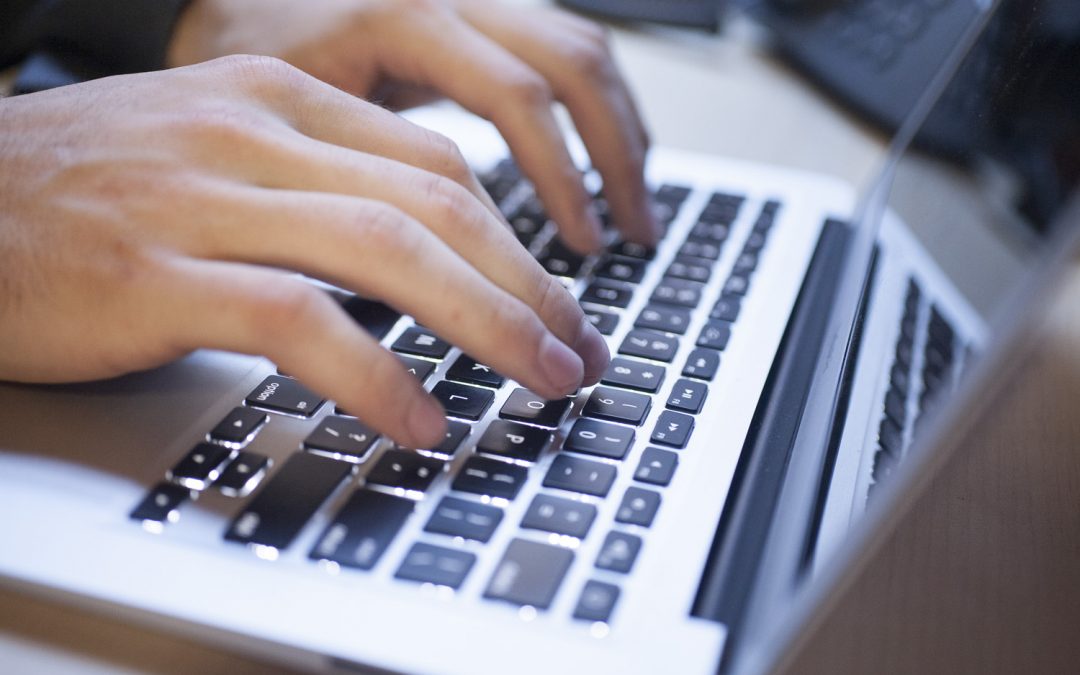 My name is Brandon Rollins. I made War Co. and I’m working on Highways & Byways. I created Brandon the Game Dev, which is a website dedicated to showing first-time hobby board game developers how to see their projects through to completion: from conception to fulfillment. Before I started making games and writing about making games, I was an MBA student at Tennessee Tech University, nestled in the rolling greenery of Cookeville, Tennessee.

At the graduate level, studying Business Administration can best be understood studying decision-making. You can approach this from different angles ranging from the systematic gathering and processing of hard facts to the quick-and-dirty assumptions we all make on a day-to-day basis. If you want to run a successful business, you need to understand both. This understanding of decision-making is tremendously helpful to making games as well.

Most of my expertise in board game development has been forged by experience. Yet my traditional education, which I had completed three months prior to the development of my first game, shaped my mindset in some profound ways. Indeed, it wasn’t even until Raghav himself invited me to guest post for Black Shell Media that I fully realized this.

I make games based on economic models and use Gantt charts to get the juices flowing – it’s the language I speak. But let’s make something clear: you don’t need an MBA to start a business or to make a game. You can, however, benefit from the “MBA mindset” when you’re making games, which I’ve captured in five lessons below. 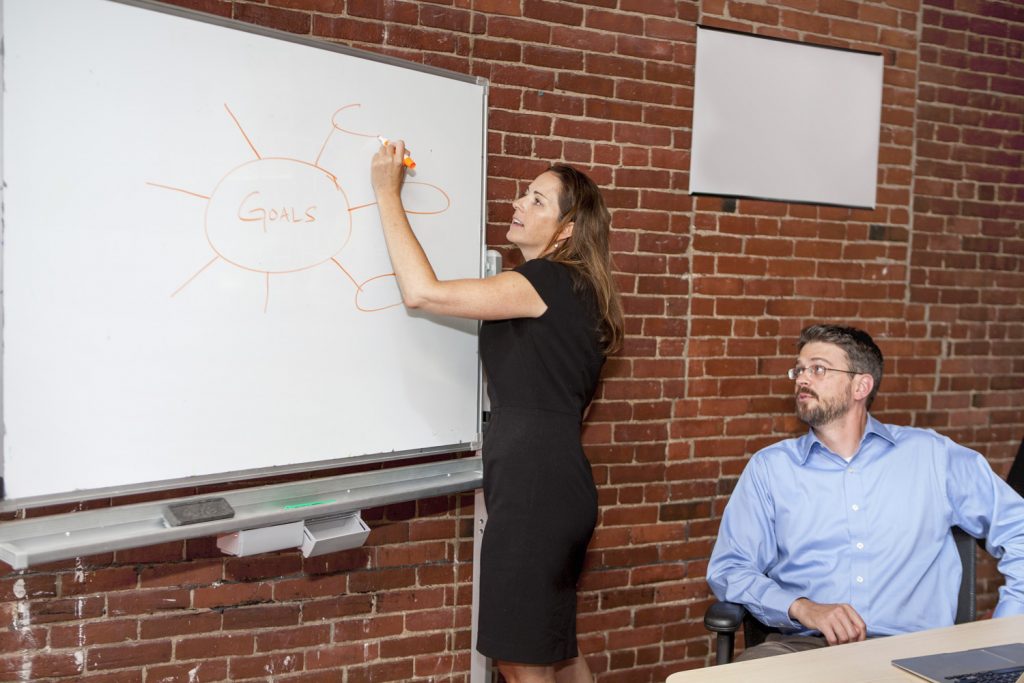 At their core, games are big projects and seeing them through to completion means you have to act like you own a business. This is true even if you’re pitching to a publisher, who becomes your client and target audience. Self-publishers have to deal with design, testing, manufacturing, fulfillment, marketing, accounting, and taxes.

It’s super easy to get overwhelmed. That’s why I suggest you plan your projects on three levels: strategic, operational, and tactical. This is how big businesses set their agendas. It translates beautifully to individuals and cottage industries as well.

The strategic level is best measured in years. When all is said and done, I want to make great games, foster a creative community of people who love games, and teach people how to make them. Three goals, really simple.

Then I work backwards from strategy and set operational goals. These are best measured in months. Operational goals include finishing blind play-tests, finding manufacturers, running a Kickstarter campaign, and building an email list.

From the operational goals, I make tactical goals. These are day or week-long goals. Some of the ones I’ve got right now include:

During the Marketing course of my MBA curriculum, we ran an online simulation of the Marketing Department of a company. We were decision-makers with the ability to set objectives and allocate funds. As a team, we approached the early simulation with such trepidation that it’s amazing we got anything done. We eventually bit the bullet, royally screwed up the first two rounds, and made a comeback later in the class.

There is a limit to what you can understand in the planning stage of any project. Game developers suffer from analysis paralysis just like gamers. I can talk all day about how to run a business, but until you’re actually doing it, you’ll be missing two things. The first is access to data generated by your early actions and the second is a real emotional connection to the outcomes.

Games work the same way. Play-test early and play-test often. When it comes to business, start trying early. Give yourself a year before you launch a Kickstarter or bankroll a big print run. 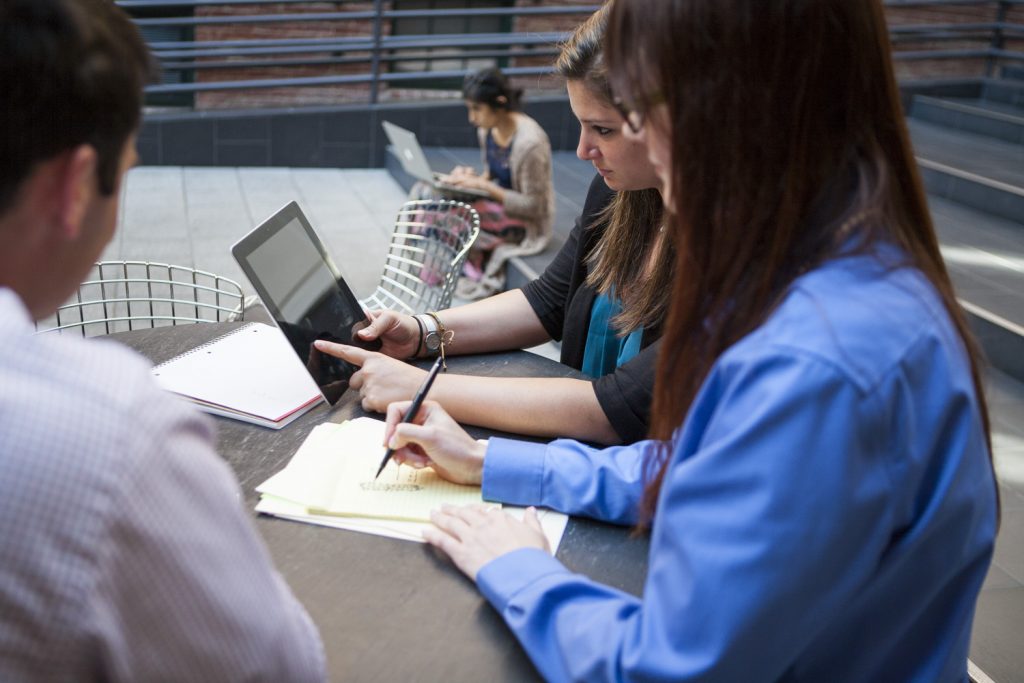 Lesson 3: Listen to the Data…

Part of the magic of taking action early is that you receive concrete data. Even if you act on impulse and do something objectively dumb, you can learn from that. The best way to learn from your mistakes is to gather lots of data, track it religiously, and set up regular time to look at it and think about your actions.

Data comes in lots of different forms. It can be concrete like the number of minutes it takes to play your game on average, the amount of web traffic you get, or the cost of a 1,000 copy print run at a printing company you like. Sometimes data comes in the form of comments that people have after play-testing sessions or the general demeanor with which people approach you. Make note of everything you can. It can teach you a lot.

Much of working on my MBA was learning how to analyze metrics and read statistics. Interpreting data is a complicated affair because reality is a messy thing. You don’t necessarily need to understand standard deviations or p-values – even the mere process of documenting and reviewing data will give you most of the benefit.

Lesson 4: …but Don’t Listen to All the Data

There is, however, a flaw to gathering a ton of data. You can very easily become a number watcher, reading too much into Twitter followers, unsubscribes, or daily sales. MBAs are taught to think in terms of standard deviations and confidence intervals. The purpose of these concepts is to filter out statistical noise.

There is a limitation to how much data can tell you. You want to use data to look for general trends and not get too mired in one-off occurrences. For example, if 19 people love your game out of 20 and the other person says “it’s got balance issues,” what should you make of that? Many developers let emotions cloud their judgement, making them focus on that one errant contrarian opinion. Maybe that person just had a bad day. You have to learn to filter out stuff like that. 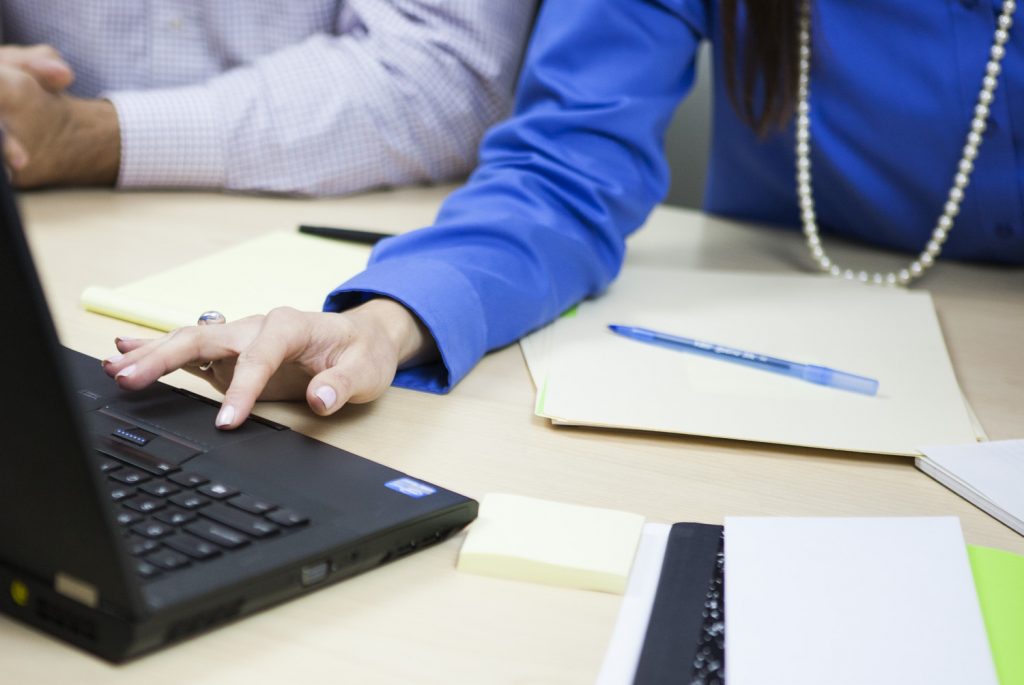 Lesson 5: Understand the Relationships between Parts of Your Game

Within most MBA programs, there are different concentrations. Mine was in information technology, so I spent quite a bit of my time studying databases and networks. Certainly there is a lot to share from a technical standpoint, but the basic idea boils down to understanding how different parts connect.

Consider this: games are networks made of mechanics and rules. If you tweak one mechanic, you can have cascading effects on other parts of the game. War Co. was a game of 300 cards. Balancing that many cards was very difficult. Sometimes altering a single card could thwart entire strategies. To understand the relationships between cards in the game, I was very proactive about testing in ways that specifically tested these changes.

The same principle applies for the business at large. You could do something as inconsequential as changing your profile picture on Instagram and your entire brand would be altered, if only slightly. You could end up attracting a different audience or changing the frequency with which people follow you. When you alter your business presence or major processes, keep an eye on the effects of the changes for a little while. The unintended consequences of your changes could affect other areas of your business.

With games and with businesses, we often can’t control outcomes entirely, we can merely influence them. It is through a wise understanding of how different parts in a system affect one another, that we can choose the best targets for our influence.

Formal education is wonderful because it teaches you to “learn how to learn.” These lessons have taught me – and could teach you – how to get organized, gather information, and understand the information well enough to act on it. Commit to learning and the actions you should take will become clearer in time.

Thanks Brandon for this guest post! Check out his blog: Brandon The Game Dev. 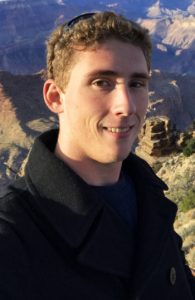 I’m Brandon Rollins. I started Pangea Games. I made War Co. I’ve fallen in love with board game development.

It’s a tricky thing to love. It’s simultaneously satisfying and exhausting. Making War Co. was the hardest thing I’ve ever done, but I’m incredibly glad I’ve done it. I want to help you create something you’re proud of.

Board game development – and creative endeavors in general – are complex, disorienting, and frustrating. Many people get discouraged and quit before they see the fruits of their labor. I don’t want you to be a statistic.

That’s the beating heart behind this blog. That’s why I write thousands of words every week. That’s why I find hundreds of game developers on social media and invite them to my game development community. You don’t have to go it alone.