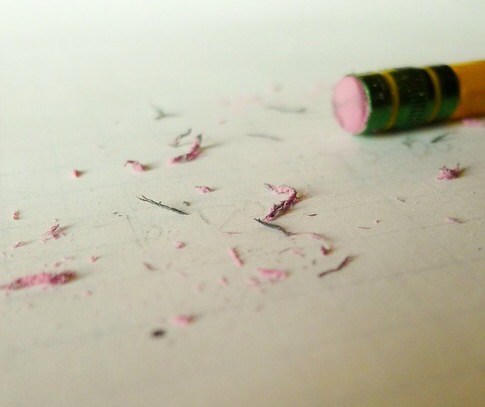 Storytelling is one of those things players don’t have any expectations of until something doesn’t meet their standards. All of a sudden, the narrative is a little off, the story doesn’t seem to align properly, or worse: there isn’t a story at all.

While there has been many a game that got storytelling right, there are also many that haven’t quite met the mark. The following are three examples of things to avoid doing during game development.

Honestly, this entire series makes no sense whatsoever. It isn’t popular for the storytelling: it’s popular for the shooting, the sneaking, and the campy vibe inspired by the movie Escape from New York. If anyone claimed to understand and love the story, well, one would hope they’re not out there writing their own stories.

But when it came to MGS V: The Phantom Pain, it was a burning man players never got any explanation for, zombies you also got no story meaning for (not to mention you could run away and they’d stop hunting you), etc.. There was always something going on, and it came off like a jumbled, cheesy mess. From a writer’s standpoint the storytelling was awful, but boy was that game fun to play . . .

Narrative Is Storytelling Too

Rise of the Tomb Raider doesn’t let players down with the story itself, from what is available to see out there. Releasing on PS4 in October 2016, and written by Rhianna Pratchett again, it seems like the game is going to be a fan favorite.

However, one look at these cutscenes and it becomes clear how unrealistic the narrative comes off. It’s the acting, for one, but the pacing, and even some of the lines, just don’t work. Check it out:

No Man’s Sky: The Case of the Missing Story

Upon hands-on testing and analyzing, researching other player opinions, and genuinely approaching it from a developer standpoint, it’s easy to deduce that No Man’s Sky released as only half a game. The setting is there and the objects are there, but the content isn’t. There is no storytelling of any kind, other than trying to find out more about the aliens. However, the game is just too large. The alien content is so spread out, it comes off as a second-thought.

Less time on the open world, which is far too large anyway, and more time creating a story for players to enjoy, and the game would have been complete. Much has been done to fill in the gaps left by the game’s release, but many players are still keeping the game’s at arm’s length and the flow of returning players has been more of a trickle.

All the Words Fit to Print

Writing for games is hard work. Not only is the focus on storytelling, but also on the fact that it is a visual medium as well. There are many elements that have to work together to make it a cohesive, immersive experience. For instance, when something as simple as a terrible voice actor comes in, it can ruin perfectly decent lines. So, always keep in mind that storytelling needs to be tuned up and polished in order for everything else to work with it.

It’s Not All Black & White

The good news is that writing doesn’t have to be perfect in order to work. Everyone has to start from somewhere. While the ultimate goal is to polish your game writing so the game is the best it can be, there are some things to remember, like the fact that writing anything is better than writing nothing.

Nihilism, or All Writing is Shite

I admittedly succumbed to the glitzy allure of click bait, but I couldn’t resist. There really is one simple thing to understand. All writing is bad writing. Shakespearean plays, the lyrics to “Santeria,” and yes, even Firefly. It’s all bad writing, but whatever makes it from a writer’s head and into ours is the cream of the muddy, stinky crop. Following the nihilistic phrase, “Nothing in life matters,” it’s all about the tone you use when you shout out to the world, “All writing is bad writing!”

But I enjoyed Firefly. I tolerated Taming of the Shrew. What’s the deal? In every single writer, there is a little inner critic telling him or her that their writing is bad and they should feel bad. Heaven forbid they should even think about putting pen to paper or fingertips to keyboard and try to get said bad writing published. The nerve, you sad excuse for an over-caffeinated procrastinator. The nerve! “All your writing is bad writing!” shouts the inner critic, wagging its finger at you, encouraging you to give up and surf the internet instead. But this is what you have to do: Give your inner critic two radical thumbs up and shout, “All my writing is bad writing!”

This was advice given to me by one of my professors. Don’t write well; just write. What separates your bad ideas from the bad ideas that get published is that these other people bothered to jot them down and send them off to people to tell them they had bad ideas until somebody eventually decided they actually liked said bad ideas. The only thing worse than bad writing is bad writing that never leaves the head (though I’m sure magazine submission readers would beg to differ). And that’s the trick. The inner critic follows the logic of, “Your writing is bad, therefore you shouldn’t bother writing it down.” Destroy his premise and all he can do is shrug and reveal that they never really had much power over you to begin with. It was all in your head.

This is not, however, permission to decide that improving as a writer is now off the table. Writing must exist in a constant state of paradox, in which all writing is bad but we strive to make the baddest of writing. One or two young adult vampire story binges won’t kill you, and if they’re getting published why fix what ain’t broke, but accepting the nihilistic view that nothing you write really matters should be muzzled and controlled by the fact that what actually matters is that you’re enjoying improving your art as a writer.

Some Things to Avoid

That being said, there are always things you’d be better off avoiding . . .

“Gosh,” he galumphed as he suddenly stared daggers into the mirror. “I’m quite the white brown-haired male in his late 20s, aren’t I?” He rubbed his sanguine charcoal stubble and jumped out of the airlock of his spaceship . . .

We’re all guilty of writing crap. Whether we’re a bushy-eyed writing upstart or a seasoned, grumbling wordsmith- bad writing plagues all of us. For the experienced, we recognize things like bookisms and overuse of adverbs as the scaffolding they are, the proverbial rope bridge before the actual bridge is built.

We recognize them and we use them, quite shamelessly, in order to keep the flow of our creative process going. The main difference, though, is that we iron them out in later drafts. Here are a few of my (least) favorite writing pet peeves and why I think you should hate them with a passion as well.

First up to the chopping block are “sudden” and “suddenly,” two words that ultimately do the exact opposite of what they were intended to do.  It seems harmless at first: we want to convey that something happened quickly or without warning, so surely, a word that is expressly designed to convey that would be perfect! But then we turn “He stood up” to “He suddenly stood up.”

Gods above what have we done?! We’ve turned a boring, undescriptive sentence into a boring, undescriptive sentence that takes longer to read, when our intention was to convey something happening faster. By virtue of “sudden” and “suddenly” even existing, they have caused a very real shift in the temporal qualities of the sentence. If we’re going to make someone read more, the least we can do is make it interesting. 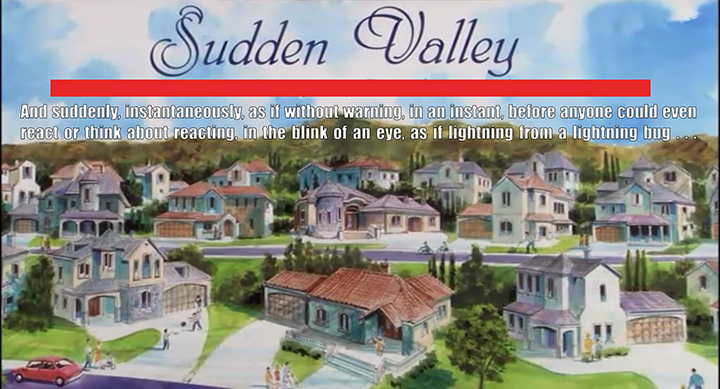 While I don’t have anything against the young adult novel, what I primarily take issue with is what seems to be the growing market for poor writers to peddle their wordslime. Young adult novels are not and should not be a lesser form of a “grown up” novel, so it stands to reason that “young adult vocabulary” shouldn’t exist because it should just be “vocabulary.” Even if your audience is young, to attempt to “dumb down” the language is to fail your reader or player right from the get-go. People are smart, and kids are way smarter than we give them credit for: they’re very good at context clues.

Last and definitely, certainly, absolutely, positively, ultimately not least is the overuse of adverbs. Similar to the, “Put a bird on it!” sketch from Portlandia, to verb adverbly is to adopt the motto of, “Put an adverb on it!” Adverbs are the pre-ground black pepper of the writing world. Sure, sprinkling on some adverbs will make a dish objectively more peppery—albeit a little stale and flat—but there are dozens if not hundreds other ingredients you could use to create a complex spicy flavor to your meal.

Why run fast when you can dash? Why think quickly when you could, instead, get inside the character’s head and show their thought process and panic to stress the, well, stress, of the situation? Adverbs can be great, but they should be used in moderation. To overuse the is to create a very boring sentence structure (not to mention unnatural dialog in a lot of cases!). 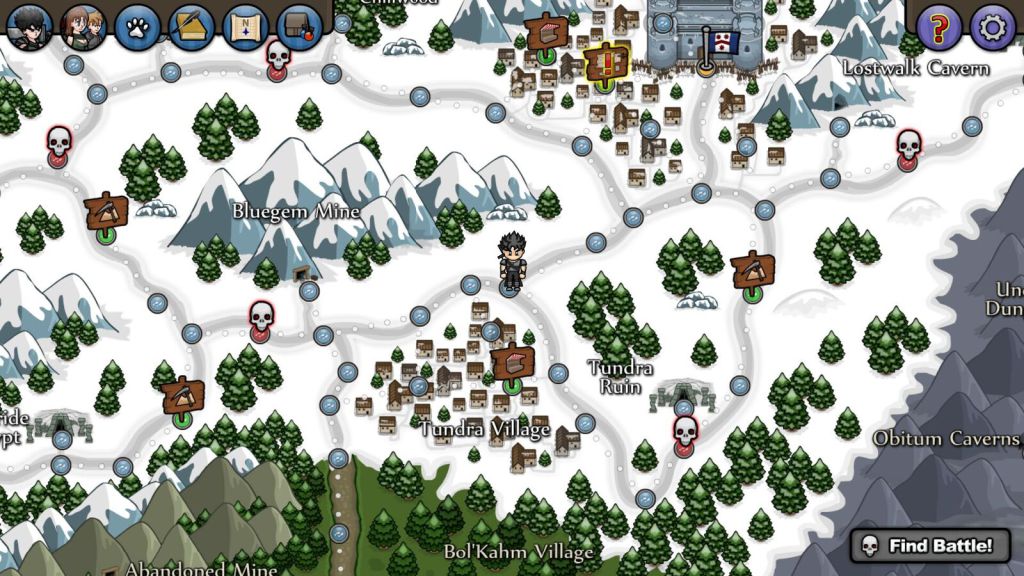 A huge shoutout and H/T to Daniel Doan and Dorian Karahalios for writing most of this content originally!