Then and Now: Classic Games vs. Modern Counterparts

What does this video make you think of? What does it make you feel? If you’re in your mid-twenties to late-thirties, then you probably feel a sense of extreme nostalgia and sadness right about now. Back in the day, games weren’t about social justice, movements, rights, or even making money. They were about entertainment. They were about being able to pick up a mindless game and forget you had school early the next morning.

And Nintendo reigned supreme. These days, teenagers think Nintendo is still on the top, but oh no. No, no, no it’s not. Nintendo Switch requires a dock sock, and it still suffers from warping issues. They no longer participate in E3 due to cultural differences.

And games? Well, they’re not as mindless as they used to be, are they? We’re in the age of technology, and with it, the advancement in games is evident. We have 4k, water that actually looks like water, and characters so realistic, you’d think you’re watching a movie. But along with all of these improvements, there’s a lot of drama. Social justice crusades and plots used as vehicles for preaching are common. Even the media has gotten quite cynical and demanding of the industry, where as before, even ABC News got excited when covering Nintendo.

So, what’s better? Classic gaming, or modern? Let’s find out.

The top 10 grossing games of 2016 were either FPS, RPG, Fighter, or Sports. That’s it! Notice, there’s no mention of MMO (a dying breed, thanks to World of Warcraft), Puzzle-Platforming, Strategy, etc.? Speaking of which, when was the last time you played any of those? It’s probably been a few years, unless you’re an avid indie game player. Back in the day, there were so many games being produced at a faster rate, because they required less work (thanks advancing technology), that everyone ended up playing a little of everything. Players were more well-rounded, and games were much more difficult (Super Mario Bros.: The Lost Levels, anyone?).

But not everything has gotten worse. Modern games have brought us amazing graphics that 90s developers could only dream of. We have 4k and honestly, it’s closing the console/PC gap. Many players will disagree with this, but looking at the facts, PC gaming involves time, effort, knowledge, and tons of money. And to stay up-to-date on the specs needed to keep playing modern games, you have to replace the parts in your tower every couple of years.

For a long time, consoles were supposed to be about “good enough” graphics at a comfortable price point, but now? If you have a 4k TV and if the game you want to play has been updated to take advantage of the PS4 Pro’s power, you have yourself a grand time. In a few months to a year, more and more games will be doing this. It’s all about transitions.

And just look at what’s been refined. Plots in games used to be quite simple. Pac-Man is about a yellow orb with a mouth that loves eating fruit and is constantly being chased by colorful ghosts. Super Mario Bros. 3 is about Mario and Luigi having to save the Mushroom World from Koopalings (Bowser’s seven children). Space Invaders was simply a two-dimensional fixed shooter game where players controlled a laser cannon. The plot was . . . to kill descending aliens!

These days, stories in games add depth and meaning. They make games into interactive fiction, with characters that players genuinely connect with. When Commander Shepard ran face-first into a poorly written deus ex machina at the end of Mass Effect 3, everyone got upset, and even demanded that the ending be changed, to which BioWare declined. When it was revealed that Uncharted: A Thief’s End was going to be the last chapter in Nathan Drake’s story, people got sad! Players love Nate, Elena, and Sully. Not having another game with these characters makes for some intense depression.

The Not So Refined

And yet, not everything has been fortunate enough to improve. Just look at the patch issue and how developers are having a harder time finishing their games on time, in their entirety, without having to rely on patches. That wouldn’t have been the case back in the day, because gaming wasn’t even a serious industry at the time. In fact, investors believed video games were a fad that passed due to the rise of the home computer, leading to the video game crash that almost destroyed the whole industry.

Right now a bunch of former Atari employees are nodding their heads furiously, claiming it wasn’t E.T. that did them in.

Well, it turns out it was more than a fad, and the industry recovered. And with it, a new approach: video games as a business worthy of proper marketing and profit margins. They became commercialized, making money a focus. It wasn’t just art anymore. It wasn’t just a hobby. With great good came great drawbacks. 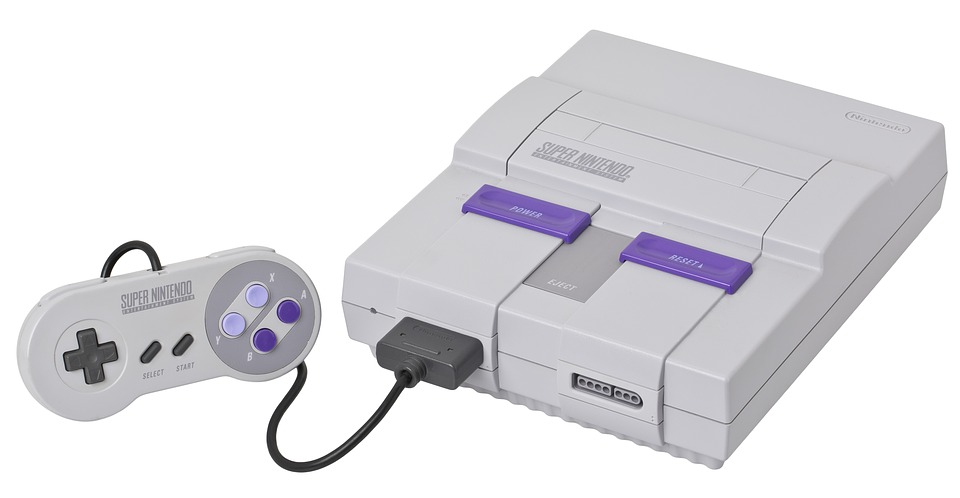 Whether one is better than the other is up to the individual player/game developer. To each his/her own. What we can say is that while classic gaming nailed down the ability to keep things simple and artistic, modern gaming has managed to turn a former hobby into a lucrative industry filled with talented people who know how to make timeless characters. There’s a lot wrong with the gaming industry, but there always has been. And if you take the time to sift through it all, there’s a lot of good there too.

Stay tuned next week for another installment in this classic vs. modern series where we discuss two of the most popular games of all time!