Minecraft’s capacity for simple, direct, consumer-level editing of the 3D world has brought upon revolutions in game design and has joyously perforated industries across the world: education, design, architecture, and a whole host of other fields have felt its influence. Unfortunately, Minecraft’s revolution stops short of tangible representations: while it is excellent at modeling geometry and therefore the creation of concrete forms, it is not so great at enabling the same for ideological or abstract creations. That would be a task for some sort of new narrative scripting language.

What if we could take those same properties that made Minecraft so successful—its simplicity, its capacity to empower laymen for creation—and bring it into the realm of narrative development? What if the complex realm of natural language processing could be simplified to an extreme and made interactive such that even children could create characters, worlds, stories, and watch a computer bring them to life, nurture their growth, and develop them in real time? This series aims to suggest possibilities for just such a future and the remaining hurdles that must be dealt with.

Emerging on the horizon is our imminent mastering of the “Turing” test, devised by Alan Turing. In it, one has a programmed machine anonymously speak with a series of judges. The judges vote on whether they are conversing with a human or a machine. One passes the test if the large majority of the judges are mistaken and are unable to tell the difference between a regular human and the designed machine. A chief example of this test in action is in the creation of software applications designed to communicate online via chat rooms and social media.

A community’s tribute to the Chinese chatbox Xiaoice.

The development of these “chatbots” has advanced considerably. A teenage girl variety known as Xiaoice (Shao-ice) garnered over 663,000 live conversations in merely 72 hours. People were relying on her for support, companionship, and advice. She in turn responds dynamically and realistically, yet with her own personality, moving beyond the one-way static communication of traditional media.

Children of the 90s and later are learning to bond emotionally with virtual characters in unprecedented ways with things like virtual pets, the evolving Toys-to-Life industry, and the Japanese personified, performing voice programs called “Vocaloids” with massively popular YouTube music videos, canonical relationships, and live concerts in New York with cheering fans.

A few of the Vocaloid performers growing famous around the world.

As the popularity of virtual characters increases and their commercial appeal grows, consumers’ desire to share memories, experiences, and relationships with them will also grow. The heralds of these experiences will be restricted to the educated and practiced experts of writing and design historically responsible for creating such performances.

But what if this need not be the case—for games or any other sort of media? What if characters, and the stories surrounding them, were just as editable as the blocks of Minecraft? What if they were “Minecraftian”?

What Does “Minecraftian” Actually Mean?

Minecraft: a video game that revolutionized the way people interact with 3D design and architecture. Fundamentally, it’s a video game that acts as a liberating force to unleash people’s creativity and bring to life the architectural and artistic wonders locked within one’s mind. And the medium of this transformation? Blocks. A limitless, vast world where the most basic element is a square of space that can be directly interacted with by any average player. 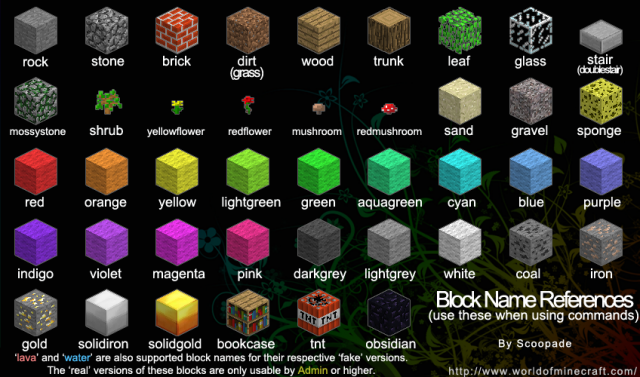 A sampling of the blocks players may encounter.

There are a limited number of types of blocks. Some are for grass. Some are for wood. Others represent various types of stone or fluid. Some are static and some are animated. And as one becomes familiar with the basic types of blocks, they can then “mine” blocks for materials to be used in “crafting” new blocks. They can consume them, transform them, fuse them, add them back into the world, and in so doing directly edit every detail of their environment.

Take a second to imagine the power that this game presents. It isn’t very complicated: there simply aren’t too many types of blocks to remember. You never start out dealing with things you can’t handle. You steadily advance your knowledge of blocks as you play, learning to become proficient in your renderings. Your main activities involve mining or placing objects in the world and combining materials in menus. The more you interact with the world, the more you discover how to alter things and the greater your understanding of the relationships between blocks becomes. You soon get to a point where the path to realizing your vision forms in your mind effortlessly because you’ve mastered the simple mechanics ever so quickly. Soon a masterpiece stands before you and the journey there was far easier than you ever could have imagined.

“King’s Landing”, the capital city from the TV series Game of Thrones, built with blocks by a regular Minecraft player.

Some important things to consider about Minecraft’s block-building mechanic:

The Difficulties of Language

So how can we take the mechanics of Minecraft and the transformations it made to 3D design and bring it to narrative, character creation, and world-building? First step: identify our most fundamental element, our “block.” Perhaps words? After all, words—and the concepts associated with them—are what make up thoughts and ideas, right? We should just have everyone who plays our game learn the words that we use in our game/tool. Well, that certainly appears to be the solution, but it isn’t quite so simple unfortunately.

If you’ve ever tried to learn a second language, then you know it can be an arduous task, especially the further you go from your native tongue. Taxing hurdles build up one after another such as the varieties of grammar and syntax or the vast amounts of vocabulary. It can take years before one is competent enough to use a new language with any sort of astute precision. Compounding the issue is the practical element of whether or not the language can easily be comprehended, interpreted, and responded to by a computer system in real-time from multiple sources. 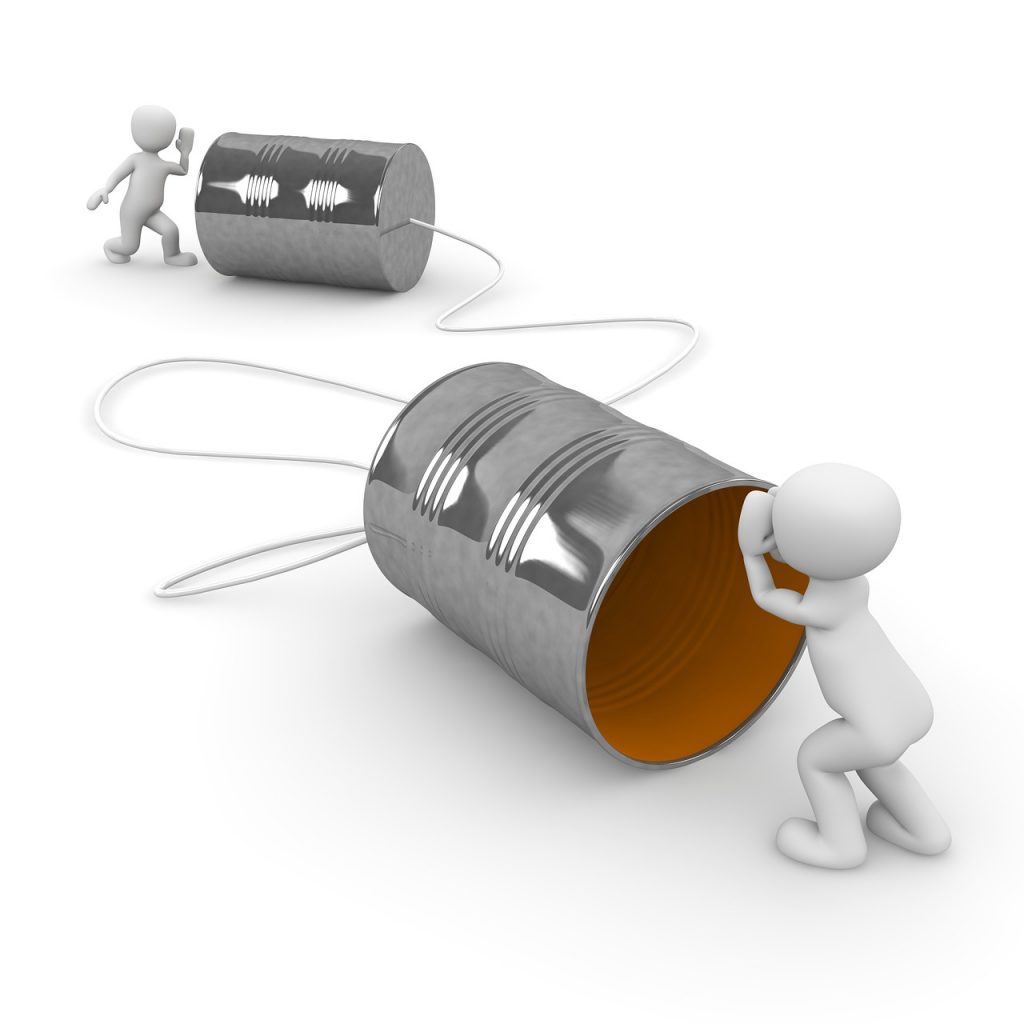 If our goal is to use a language that all of our players can be expected to engage with, then relying on any language as complex as English is still a disservice to the players of other cultures. It also loses much of its potential to appeal to younger audiences whose language skills may still be developing. What’s more, if we wish to make it as simple as possible for an average player to edit language contents to communicate with narrative tools and mechanics in-game, English and other common languages are too convoluted.

What we really need if we intend to apply a Minecraftian design to our linguistic mechanics is a revolutionary scripting language: something with a limited vocabulary that’s easy to learn, a simple granular syntax where you can easily pick out the parts of a sentence and the meaning therein, a language where a computer could easily understand the full breadth of its grammar at extremely efficient speeds to account for vast amounts of real-time processing. It wouldn’t have to be terribly detailed—just enough information for us to get a vague idea of what was meant. Ideally, the language would be highly visual and easily editable to appeal to children on the consumer end and hackers on the entrepreneur end. 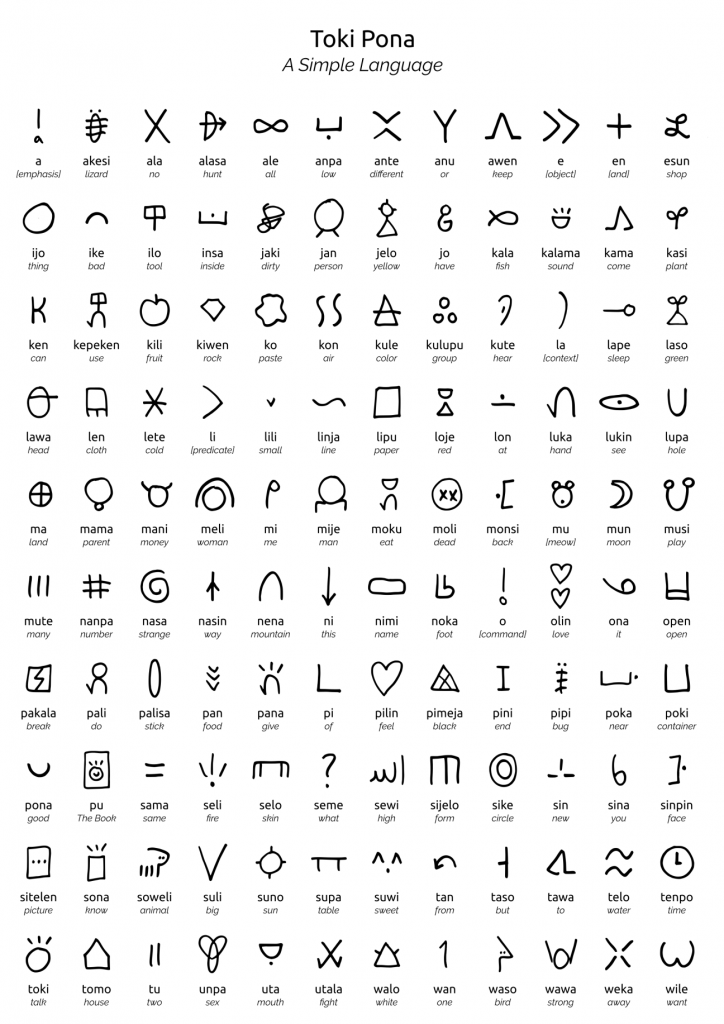 Toki Pona is an artificially designed language with a total of 120 basic words and particles and a syntax of a measly 10 rules. It can be completely learned fluently in a matter of weeks. Words can be clearly depicted as combinations of hieroglyphs that visually indicate the meaning of the word. The visual, minimalist approach of the language makes it highly accessible, adaptable, computational, universal, and overall plausible as a candidate for narrative editing, though further examination will be necessary to truly determine its utility for such a task.

If we simply: 1) teach a computer to understand a Toki Pona-inspired language or a derivation of it; 2) make interactions with such a system simple, intuitive, and visual; and 3) properly introduce the use of this visual language to players, we can devise gameplay mechanics that allow players to easily interact with and/or (re)define the narrative details of their world.

In the next article, I’ll go into detail on how such a system might work and how it could be used for revolutionizing game design and narrative on a fundamental scale.