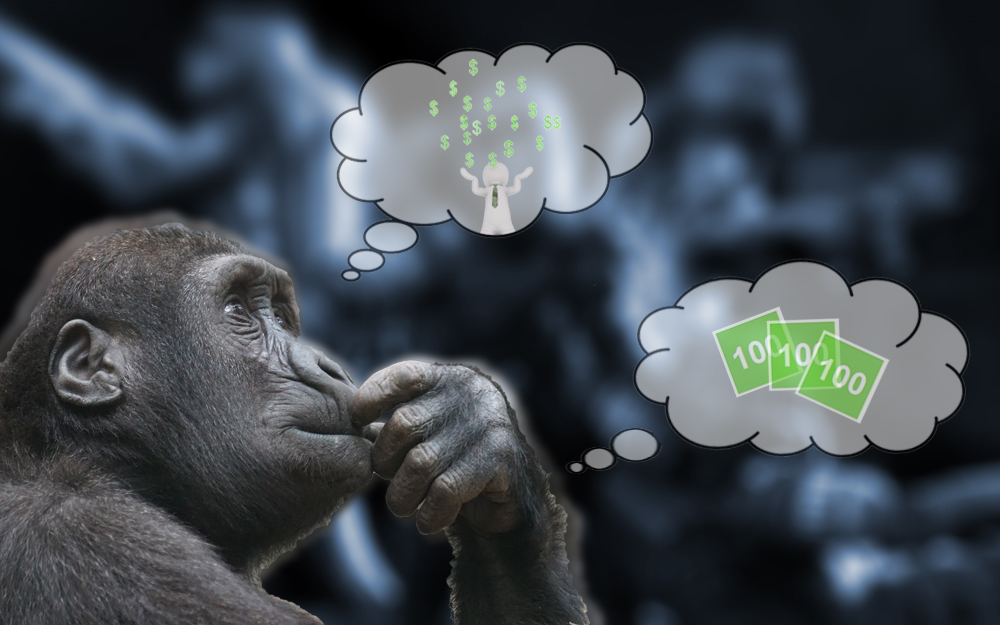 For any developer, a focus on an end goal is an extremely wise mindset to have. Early Access gives developers an avenue to accelerate the process of getting their games into shape, past the beta stage and released as version 1.0. The downside to having Valve supply this option is that it can give the wrong impression to many people. Many developers have released games onto Early Access with success, failure, and sometimes entering perpetual development cycles. The biggest downfall for a developer is to lack a focus or vision of what they want their game to be. When a developer lacks vision for their game and uses Early Access, it can disadvantage them, and by release time, the final product may falter greatly. When it comes to a perpetual cycle of development in Early Access, a title could end up being abandoned or the developer may shift the final concept over and over again making the game move away from what players paid money to see flourish. I will go over some developers who have taken the right approach to early access, working on games that stuck to plan with a strong vision of what they wanted to make.

Now in terms of squeaky clean release titles via Early Access, many will likely recall Dirt Rally. Codemasters being somewhat familiar with the industry decided to take their next Dirt game and put it through its paces on Early Access before it released officially. Codemasters planned this out spectacularly, they had a strong focus and a vision for the game’s release. The game started off at version 0.1 and worked its way up by each digit (0.2/3/4 . . . ) for just over half a year. Each update brought improvements, content, and fixes for anything the community spotted on top of what the developer noticed. The communication was there also—it wasn’t as active as other developers but Codemasters were definitely keeping an eye on the community. Changes by patch reflected what players were asking for. Surprisingly, even for version 0.1, the game was solid compared to what we normally see in Early Access. That is likely due to Codemasters having experience with this kind of game. Although because of this solid release, even people who bought Early Access were still getting a decent package of content. It was win-win for both purchaser and the state of the game. The consoles got a port of this after the PC version was completed. The game was very featured-packed and is now a well known and respected rally sim. 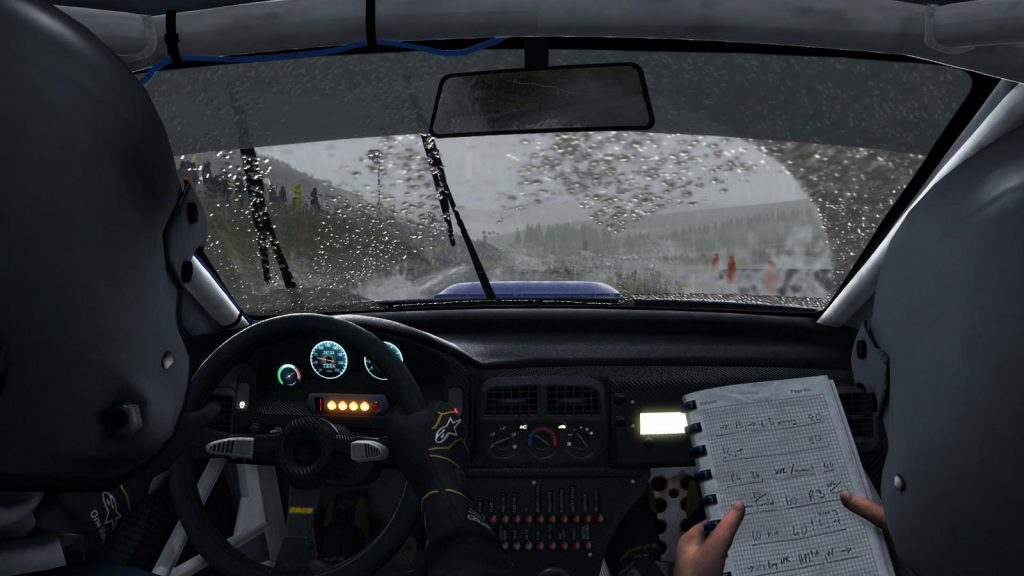 AAA Quality, Early Access isn’t only used by indies but even larger companies need to be cautious. Dirt Rally is one of the few that did it right.

Starbound was released banking on the rising interest of survival games. It’s styled similarly to games like Terraria, with the added bonus of planetary exploration and interstellar travel. Starbound garnered a lot of attention and keen players quickly. The developers, Chucklefish, handled this influx of players fairly decently. Those players were molded into a thriving community of people who became dedicated fans. They constantly discussed the game, created mods, kept resources updated on a public wiki and updated that information regularly. Starbound ended up having multiple streams of updates, one for the stable build and another for nightly updates so that players could get access to new features that were in the testing stage. Throughout its development, Chucklefish didn’t stray too far from the original focus. It wasn’t as by the numbers like Dirt Rally in terms of release, but as time went on, the building blocks were put together and what was originally planned was formed whole by release. A great thing about Starbound and games like it is that even after its 1.0 release, the developers still continue to work on the game and add content.

Starbound is a game you can play for a thousand hours and still find more things to explore and uncover.

Vlambeer is a prime example of a successful indie developer, where they have a great reputation with those who have played their games. When Nuclear Throne entered Early Access, I was fairly dubious myself of the idea, but it took only a couple of months and I revisited the game and saw that Vlambeer understood where to take their project. The result was a successful release with an overwhelmingly positive rating on Steam. Aside from being multi-platform via Steam (Windows / Mac & Linux), it also got a release on the PS4 and Vita with an expected release to come out on Xbox One. 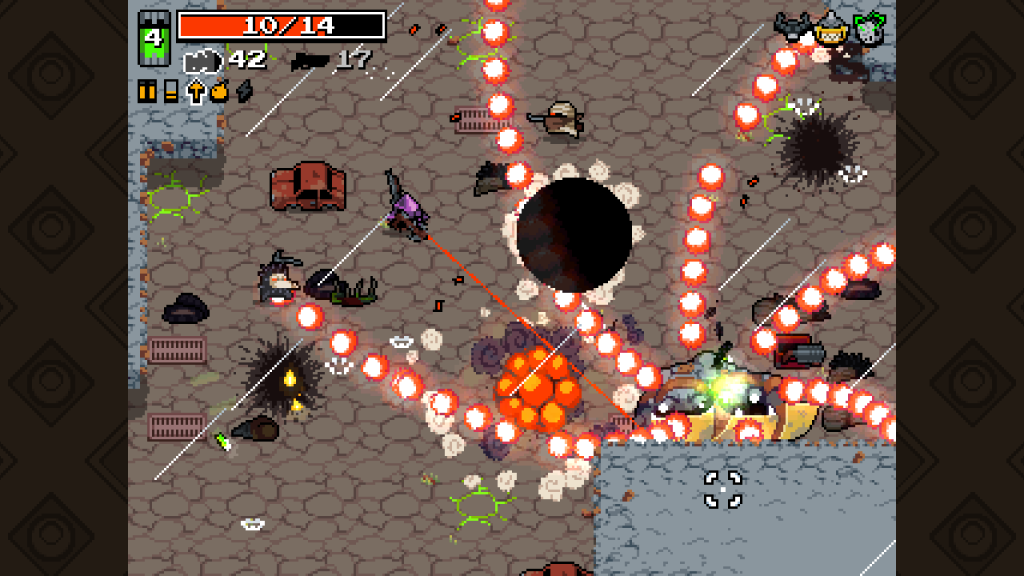 Xenonauts is essentially a love letter to XCOM. The turn based tactics strategy game looks strikingly similar to the original ’90s release of UFO Defense and the gameplay is heavily inspired by it. Goldhawk didn’t claim it to be a remake or clone but instead a “re-imagining” of the retro title. It is faithful and captures the essence of the original game. It was done so well in fact I almost guarantee that if you didn’t know it was in Early Access you would never guess that it was, and when pitching this article I actually forgot that it was! A very seamless release that was so successful for Goldhawk that as of early 2016, a sequel was announced. 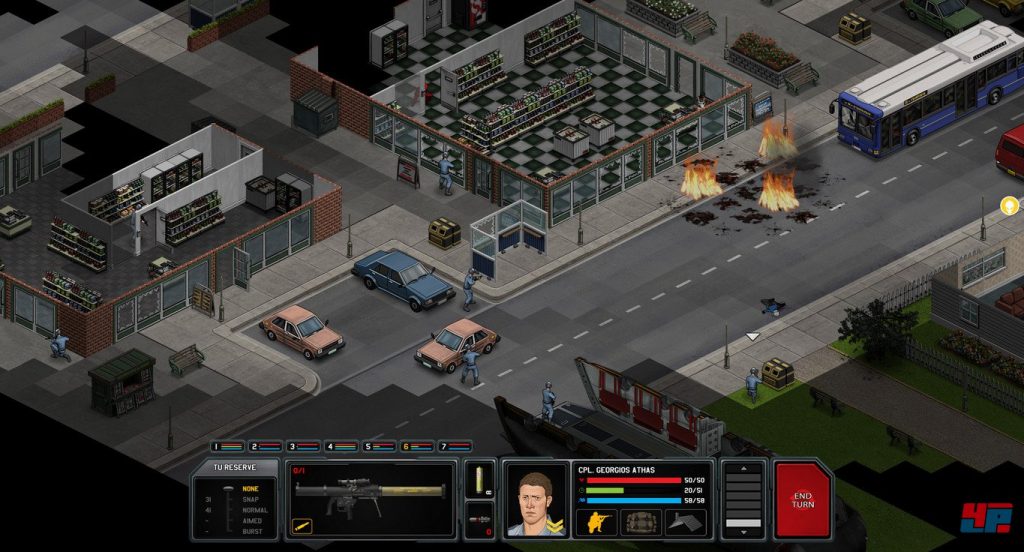 Sometimes it feels like stepping back in time when playing Xenonauts.

Now onto some titles that are still in Early Access, that have improved over time and have not strayed from their initial focus and ideas.

Endnight Games is a fairly small developer who decided to tackle the survival genre genre with a special twist. This twist being the goal or surviving tribalistic cannibals whilst not dying of thirst and hunger on a remote island which you ended up crashing into during a plane trip. The premise is simple and the genre is extremely over saturated but by some happy accident over time The Forest stood out from within the many games of its genre.

Starting at version 0.01, the first month of Early Access for The Forest really had some people excited, but I definitely saw an even share of those with dissenting views. I myself was leaning toward the latter, but I simply took a break from playing it for a while. After some time I returned and—oh boy—The Forest really had things under tip top shape. Updates and development progression was constant, and the game even had a timer on the main menu counting down to each update (excluding hotfixes). Endnight Games were paying close attention to the community and their overall focus was very solid. The game updated its Unity Engine from 4 to 5, major content changes were happening regularly whilst bugs where constantly being squashed. Co-op was added, which drew in even more people and soon everyone had either played or was talking about The Forest.

The game at version 0.01 compared to ~0.50 felt extremely barebones, almost like a placeholder, but with each version the game shaped up into something pretty special. This is all attributed to the passion of the developer. Without their focus on the development process it wouldn’t have ended up being like it is today. Endnight plan to add in a story to The Forest but all of the core gameplay experience is being worked on first. Since its release, progress toward version 1.0 has been very steady.

The Forest is not a procedually generated game, but your plane crash spawn can be in >5 places

There are many comparisons to make between Subnautica and The Forest: these two games have developers that are extremely focused, both have a vision of what they want their games to be by version 1.0, and each project is constantly updated with strong player bases and active communities. Aside from those comparisons and that it falls into the survival genre, Subnautica has its own gameplay feel and visual style. Both games run under Unity although Subnautica has a much softer feel and slightly less realistic design albeit the visuals are still high quality.

This game also does not have a procedural map. Every part of the game level is handmade, similar to that of The Forest, and it has a changing spawn point for new game saves. Subnautica has a strong community backing it, as well as players that are willing to support the developers when it comes to pointing out issues and game breaking bugs. This however only happens if the developer is making a strong first impression with the players. Subnautica started strong out the gates, regardless of the quality of the earlier versions. Unknown Worlds Entertainment were really good with players and communication was at a good level. Activity from the developer is important, showing that you are present to the player sends the right message and instills confidence in how your target audience perceives you.

Also there is a big emphasis on a VR experience, the player by all means does not need to experience Subnautica in VR but this is the beauty of what Unknown Worlds has done: they created a game that can work for both gameplay options. 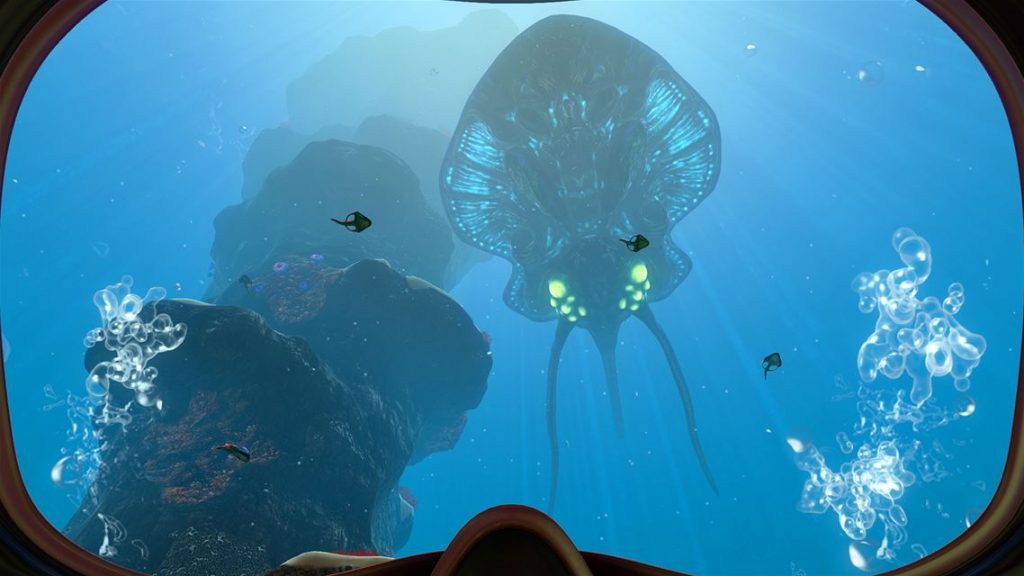 Even without VR the HUD will still show that you have the goggles on but it does not feel obstructive.

The day Subnautica released on Early Access was December 16, 2014

So look to these titles as what to do if you’re planning on releasing your game to Early Access. Don’t treat the process as a way to make some quick cash, and don’t fall into the trap of feeling in some way “done” with your game once it hits EA. After all, you’ve still got a long road ahead until release day—and if you focus your development properly and interact with your Early Access testers, that road will be a pleasant one.