Fundamentals of Level Design: Where Does One start? 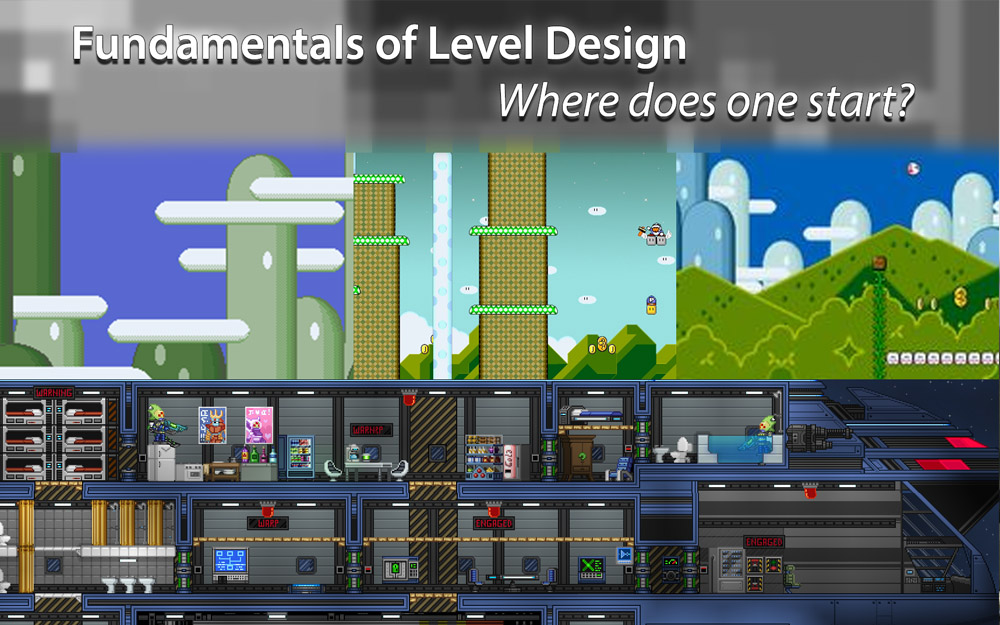 Level design in game development is an amazing experience. Creating the world in which a player experiences the game’s events is a major highlight and an even more so for an artist that specializes in creating levels. There are many ways to approach level design as someone who is working on a complete game but even for someone who is creating custom content as a fan, these kinds of things are great to keep in mind. From a personal standpoint, I find it to be the most exciting aspect of development, but this of course is purely subjective because I know people that would scoff at the idea of creating levels. This will be a mini quick-start guide on some of the most important aspects of creating a level.

The first step to any level creation is to plan everything out. The way to go about this is fairly simple: you can start out by sketching rough layouts of what you want to create or simply brainstorm ideas on how your level will flow for the player. An example of this is fairly simple. Take the original DOOM: the very first level starts the player off in a room where there are no enemies, followed by two main rooms with groups of enemies and three other smaller areas with smaller groups of enemies. Off the top of my head, I can’t recall there being extra spawns based on a change in game difficulty, but these are things to consider as well depending on what kind of game you are working with. Difficulty will be one of the things that come into play, with later stages needing to have a more complex design and consideration given to how a level can challenge the player.

My own experience with level creation was creating maps for the game Counter Strike Source & Counter Strike 1.6. It was an amazing experience using the Hammer tool included with Source SDK. I learned a lot about how to construct basic levels, how to optimize for performance, and how to insert logic into a map to trigger various events within the game that affect the player’s experience. What I spent the most time on, though, was planning out what to create with simple sketches on paper. I even went as far as to create real world locations within the game by using rough metric dimensions. Hammer was pretty different compared to modern SDKs, as each change needed to be naked to be able to play or test the functionality of the map.

An integral part of level design is the flow and continuity of its construction. The biggest compliment for a level designer is when players can identify this when playing your game, which doesn’t always happen. The way that happens is if the developer or artist is careful with creating the game world.

Dark Souls 1 is an excellent example of this. Players start off in a tutorial area that funnels them along a path and introduces them to the game basics and even a boss battle. Once they travel to the mainland, the world opens and it is slowly revealed that much of the areas are interconnected. As you progress through the game story, more areas are released but also more shortcuts are revealed to the player to reach those new areas. Later, the player does get access to a method of fast travel, but this is simply a means of convenience as 90%of the map can be accessed without loading screens or alternate routes.

As a side note, the starting tutorial area acts as a secondary higher level enemy and new boss encounter. It is a good way to remind the player how how far they have progressed, and due to the bosses difficulty, it becomes a memorable experience. 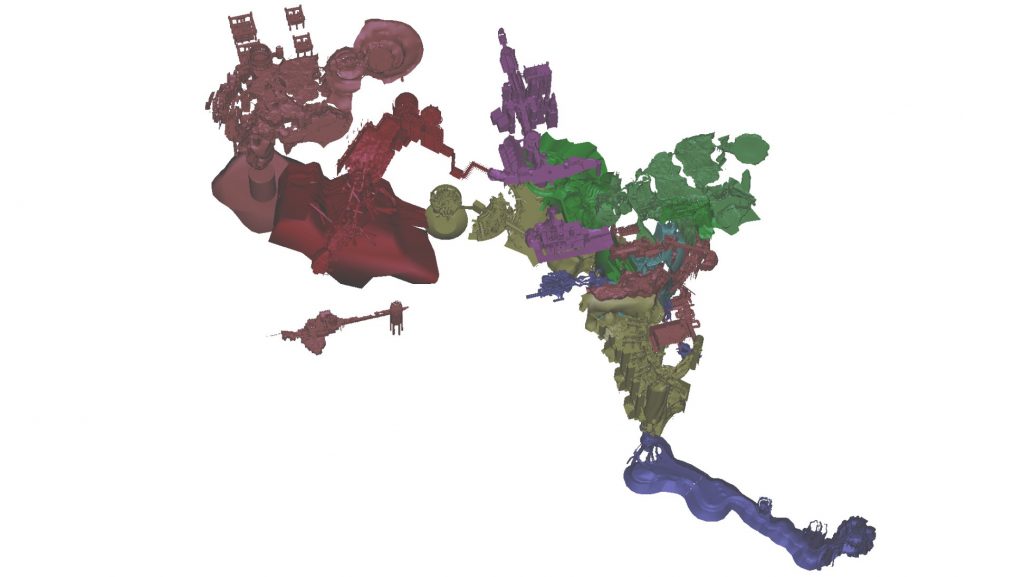 A person known as “vlad001” was able to convert Dark Souls map data into a small program for viewing those maps, which can be found here. This shows how each level connects, Dark Souls 2 had the hardest time in doing this same kind of continuity

There are always moments in games where I feel parts in levels are either too bland or there were wasted opportunities. In the game series Dishonored, levels have a serious amount of attention to detail applied to them. For starters, the architecture is a mix between the Victorian era and minor steampunk elements. On top of the bulk of eye-catching buildings, there are many designs geared toward objects and interactions that show that the developers at Arkane Studios have a handle on engineering—or what it would be like for engineers in this fictional world, which is a much stronger element in the sequel with the design of the Clockwork Mansion. I don’t want to focus on just the Clockwork Mansion, however, since that is an article for another day.

Even though the Jindosh Clockwork Mansion is an impressive feat, especially among recent games, the first game has some great level design moments. In Dishonored 1, there is a mission in which you need to eliminate (or pacify) Aristocrat Lady Boyle. The bulk of the mission happens in the home of Lady Boyle amongst an ongoing masquerade party. The twist however is there are two other decoys and you have to use clues in your surroundings to figure out and identify the real Lady Boyle before you can decide what to do to progress the mission. There is a mix of note pickups scattered around the place, mixed in with audio cues and discussions amongst NPC’s that also clue you into the real Lady Boyle. The important thing in this mission is the design of how it’s played out, since it’s a masquerade party: you yourself as the player have a mask, and you can walk around without guards attacking you or noticing you if you keep out of the restricted rooms and upper levels. However, getting those extra clues and encountering other mission events will of course happen in some of those restricted areas. So this mission balances gameplay tone and can have you being careful and observing your surroundings; but also if you want to go the Rambo approach to gameplay, you have an option to shoot down everything. Although that is the least challenging and interesting approach.

One ongoing process that level designers need to be taking care of is Optimization. This should happen as you create, rather than creating a mess of things and then realizing the level is too bloated which kills the framerate or there are various bugs that could have been prevented. Basic steps to avoid this is to just apply various tweaks as you go along, make sure you keep in mind how the final product will be presented. Be sure that textures are only applied to surfaces that players will be able to see, and make sure geometry/brush poly counts are appropriate and that you don’t overlay the level as this can lead to various issues with clips and z-fighting.

To novice level designers, this is likely not going to be on top of your priority list for things to take care of, but as someone who has been there and has had major setbacks due to unoptimized maps/levels, I implore you to get into the habit straight away and take note of optimization early on. 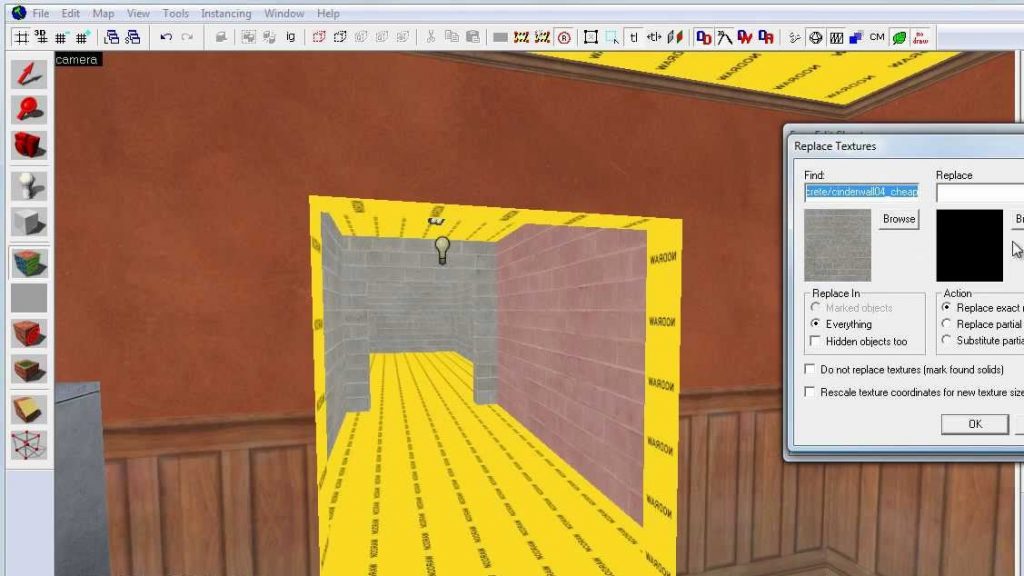 Hopefully this inside look into some very important steps to level design will ignite a flame in those interested in creating worlds for players to explore. It is something many can get into easily whether they are developing a game or creating custom content and its also a gateway for those looking to get into creating games.