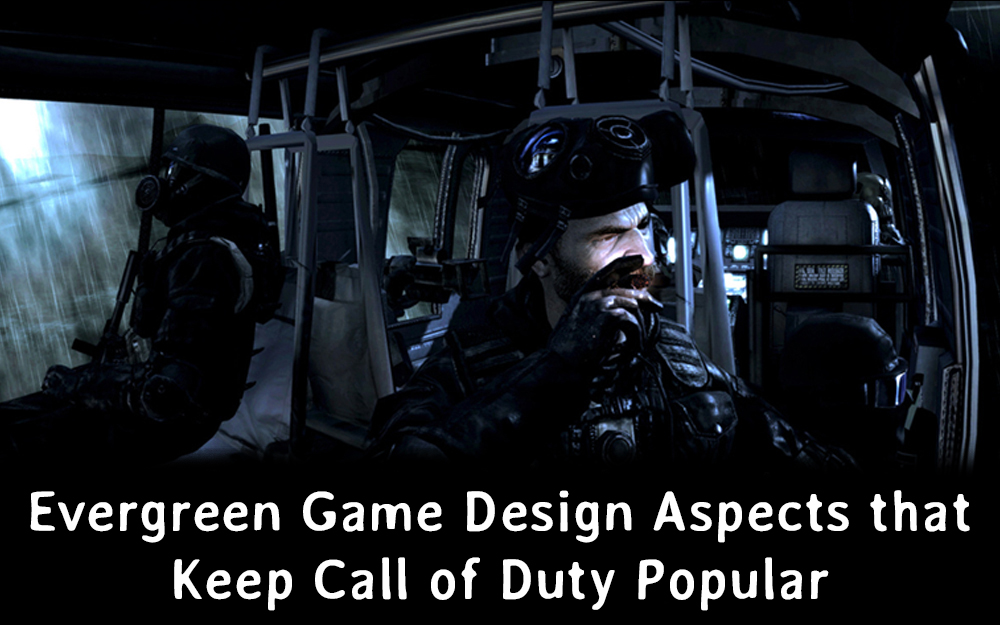 Call of Duty, as far as I can remember, has never lost steam when it came to sales, activity and community interaction. Aside from some scrutiny, the franchise has been successful with many perks. There are multiple modes for single player, multi player and co-op. With each game mode sporting a fairly decent amount of content to play through. Even through community shifts due to each new release many of the older game’s online communities tend to keep active, though this is normally dependent on region. The games sell extremely well, and the budget only seems to go up for each release which allows for the developers to add bigger and important changes each year. Which can include a higher animation budget, new gameplay mechanics with each mode and big name actors being used for character voices. 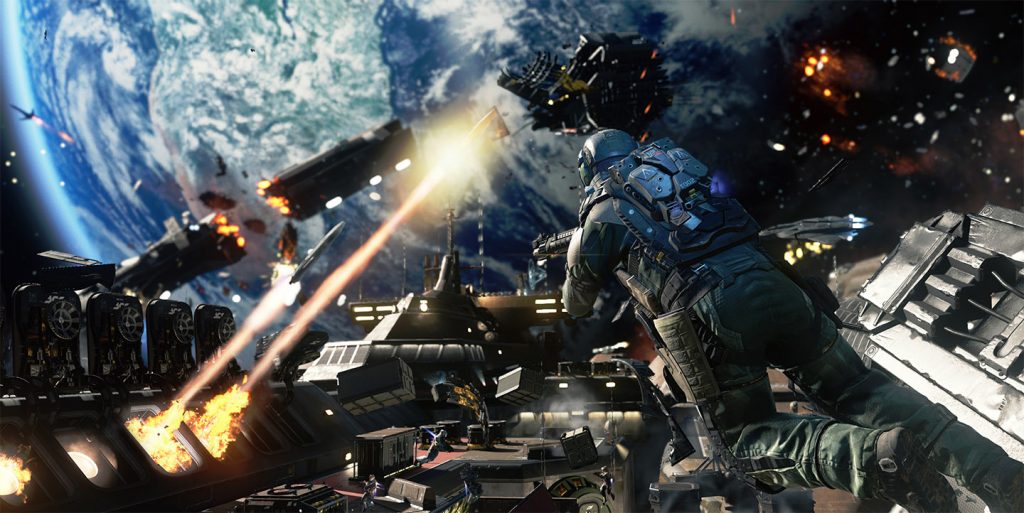 “Infinite Warfare” – whilst Battlefield goes back into WW1, Call of Duty this time goes way ahead into the future even further than Black Ops III’s setting

Leaving an Imprint with a Straightforward Campaign

One thing that about the games that works really well are the stories, both the single player modes and Zombie co-op modes. These modes offer a small amount of gameplay compared to most single-player games on the market, but that is also part of the appeal. They include elaborately scripted set pieces, with familiar big name voice and film actors and large budgets put toward animation and motion capture. It’s easy to digest for the average player, it’s ‘jump in and play’ style of gameplay is one reason this franchise keeps selling every year. Campaigns are heavily guided through set pieces most of the time, and a lot of people like this because it has a cinematic value that incorporates wave-based enemy encounters. It ends up being mindless and shameless fun at times. Co-op through the Zombie modes has also improved over the releases. Back in World at War, Zombies was a fun little add on that caught on like wildfire and has since been ranked as the best part of Call of Duty. In later releases, Activision has added in more elaborate stories and level design. Even well-known voices into the mix such as Jeff Goldblum, Ron Perlman, and Heather Graham as seen in Black Ops III.

Call of Duty has had its fair share of memorable story moments. Players who are familiar with the modern warfare era of titles will easily recall such missions as the Chernobyl sniper missions in MW1, The “No Russian” airport sequence from MW2 and the ‘Cliffhanger’ level also from MW2. These sections of Call of Duty have a perfect meld of wave combat, scripted sequences and cinematic set piece value that will stick with the player even after the first play

Call of Duty may also still grasp a large audience due to it’s shift in how serious it takes itself, earlier titles are based and more heavily inspired by real events. Newer titles are less so, opting for more modern settings and more extreme stories.

Jump in, Play and Repeat

Multiplayer is the most popular aspect of Call of Duty. It involves quick, fun and modular matches with minimal downtime. Even if you die, you’re right back in the action in a matter of seconds after viewing a kill cam which you can also skip. You can switch classes instantly and things feel fresh again, especially if you’re losing and are able to win a match with a comeback. Multiplayer rewards you for doing basically everything. Achievements, kill streaks, experience bonuses, stat-based rewards. The game bombards you with rewards at the beginning. They become a bit more scarce later on, but it’s fine because at that point you’re hooked and are willing to put more time to further level up and progress through the remaining unlocks and content.

There is a decent amount of chance involved in the game, but it benefits the size of the player pool because it excites novices and keeps them playing. Veterans players may find this to be an issue although there are alternate modes of play like Hardcore to mix things around enough for people with more experience. Call of Duty simplifies a lot of features from other shooters and just focuses on the meat of all first person shooters, aka murder death kill.For example, for many players finding health-packs can be tedious, so Call of Duty uses regenerating health. The use of health packs, dodging other players shots, and focusing on realism can add to the learning curve. A steep learning curve tends to be bad in the long run, because it scares away new players. This can heavily affect a games online longevity. By simplifying these game mechanics, Call of Duty reduces the learning curve and makes the game more accessible to more players. 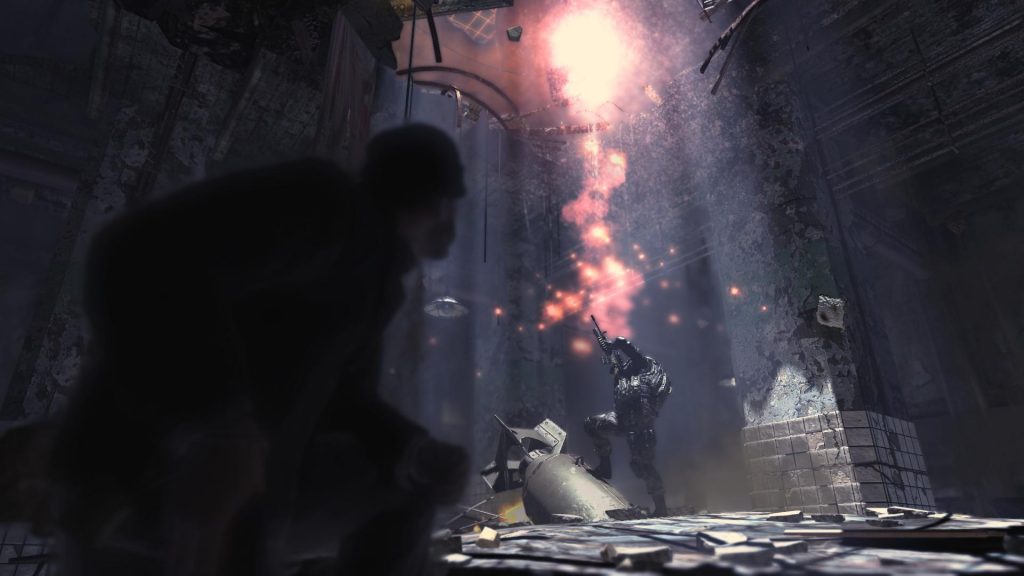 The inclusion of fun gameplay elements and story content that is in your face and always flowing is important in keeping an audience hooked to a game’s content. Whilst this is important it’s also important to give something that is constantly changing to the player—in Call of Duty you are unlocking new things for simple daily progression. These unlocks should not be simple milestones though; they need to make the player feel like they have accomplished something. An example of this could be, instead of “Completing Level 5” it could be “Complete Level 5 by only killing with Headshots.” This involves completion mixed in with skill and an unlock to this could be a rare or cosmetic item.

Developers can even look at the Accolade system in Call of Duty single player as an example of things to add to single player to give the player something more than just a start to finish experience and entice some aspect of replay-ability. Call of Duty won’t be dying off anytime soon, it has a steady worldwide player count and steady sales and with new games there are higher expectations. Infinity Ward with Infinite Warfare has stated they want to bring gameplay back to what was fun in earlier titles, so it is clear that they have had an eye on the public’s reception of the franchise.