I’ll be honest: being a game writer is probably not what you think it is. Most game writers start out expecting one thing and realize that what game writers do for a living isn’t exactly what they expected. Perhaps you think game writing is for the avid writer, who wants his/her readers to experience a story from the inside.

The truth is there are a few things people assume wrong when beginning a career in game writing. The truth of it is much more black and white, making it a viable option for just a select few writers.

Don’t Expect it to Scratch that Writer’s Itch

If you’re a writer, chances are you know all about the writer’s itch. It is literally an urge to write, to get ideas on paper or a screen of some kind (computer, tablet, phone, etc.). This tends to occur at a young age, and well, that’s how you know you’re going to be a writer. It usually means starting a career in writing. Things like freelance writing, novel publishing, and media writing are all viable options. However, different mediums treat writers differently.

Game writing is exciting, but it’s not enough to scratch that writer’s itch. This isn’t a field to go into if you want to be the next Bronte sister. This isn’t a field to channel your inner Lovecraft. It’s an awesome, geeky field filled with people focusing on mechanics and combat systems. For this reason, most game writers actually write other things on the side, whether it’s comics, novels, or scripts for other forms of media.

Consider Rhianna Pratchett, one of the most well-known writers in the industry. She’s written for Heavenly Sword, Mirror’s Edge, the revamped Tomb Raider, and more. Yet, she also writes comics and worked with her father, Terry Pratchett, before he passed away. Most recently, however, she began co-writing for the show The Watch. 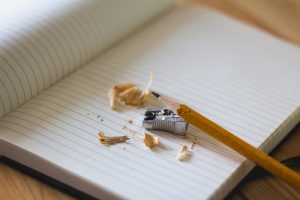 No, the story isn’t everything. If you’re interested in game writing, throw out all the ideals drilled into you during advanced writing courses, like how story matters, and how all major moments are dictated by characters.

When it comes to game writing, the story is often dictated by the design that’s already in place. Most of the time, writers are tacked on in the middle or end of development and told, “Go! Make everything make sense!” That means your story won’t be the main focus: it will be a part of the big picture. Some players won’t even notice the story, often times mashing buttons on their controller to skip all the dialogue.

And those major moments that are normally dictated by characters? It can be a thing, still, but overall, the major moments will be calculated based on level design, so the writer will time that accordingly.

For instance, when I worked as Lead Writer for the game Anomaly 1729, I was fortunate enough to work with a team that did, in fact, care about the story. However, even then, the entire story was written with the level design in mind. I had to actively keep it in mind as I was writing everything, planning out all collectible item locations, major plot turn points, and even jokes around the gameplay.

When it came to narrative, which is its own job title by the way, I had to play while writing so I could gauge when things needed to be said and how long I had to inject meaning and transitions. Managing pacing around the length of time needed to complete a level was crucial. Too long without any dialogue was off-putting, but too little time in between, and it would seem like lazy exposition.

You Can’t Just Be a Game Writer

This is probably the biggest blow of all: being a game writer needs to be accompanied by something else. You can’t survive off of writing alone in the game industry. Outsourcing writers who only know how to write can be expensive for a studio. It makes them want to assign a developer who’s already on the team to do it, because chances are he/she has other talents to bring to the table too. Why do you think most game stories aren’t exactly strong? They are often times written by people with no formal training or practice on the matter.

For this reason, it’s common for game writers to either learn other aspects of development, like concept art or animation. Otherwise, these writers have to split their time between studios, often times working freelance, being tacked on to project after project, always jumping from team to team.

Going back to the first point, about the writer’s itch, many times, writers don’t know other aspects of development, so they opt to do other types of work on the side and scratch the itch when they can. So essentially, game writing isn’t a focus . . . it’s a borderline hobby. 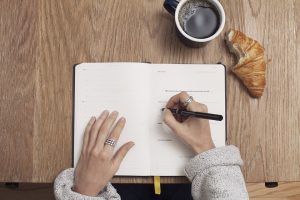 Nope, there is no excuse: not all game creation programs are difficult to use. Things like RPG Maker, most aspiring developers use it as pre-teens. True story, ask our blog editor. (Blog Editor’s Note: It’s true. Your only excuse is if you’re a genius baby who hasn’t quite mastered the hand-eye motor skills to operate a PC properly. In which case, maybe learn how to use a toilet before you start programming games.)

If you really want to be a game writer and do other things on the side, a wise move is to begin here, plain and simple. Script out a game, make it available online, and start building that portfolio before you even hit high school. If you can, of course.

Game writing isn’t for writers who want recognition and a sense of accomplishment all the time. Game writing is ideal for writers who are multi-talented, who are capable of handling other aspects of development. Otherwise, they have to at least be happy with the fact that they will either have to learn other skills, or seek other employment on the side, constantly seeking to scratch the writer’s itch.

It can be rewarding, seeing your story unfold as the game progresses. Seeing your game in a store, or on Steam. But if you’re a lover of the written word, and want to feel like you’re understood from a writer’s standpoint, chances are this isn’t the best career option. Becoming an author, a freelance writer, journalist, or copywriter might be more rewarding in the long run. But if after all this discouragement you are still—or even more—motivated, then I wish you godspeed and good fortune, soldier of the pen.