Listen Closely: The Power of Dynamic Music in Games 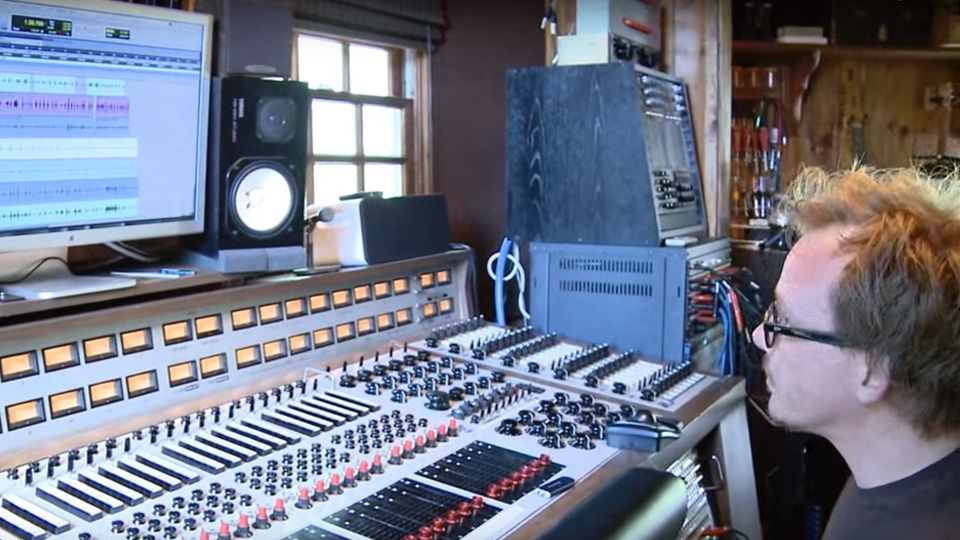 Dynamic music is a golden ticket to immersion. It takes the immersion of audio to a new level—one in which music is able to provide compelling feedback for both the emotion of what’s going on as well as for the actual physical actions the player is making.

Let’s examine what defines dynamic music as well as why it can be such a useful thing to implement in our own games.

Simply put, static music can be defined as a single entity of music. A song, a loop, a beat, you name it. The important thing here is that the music does not change with every action of the player, but is rather a more overarching piece that serves to score the scene in a more traditional sense, like in a movie.

Dynamic music is not a single independent piece of music. Rather, it’s often a musical element or a series of fragments that are triggered in response to player actions or to a change in the state of the game world. Often, these musical fragments can be triggered simultaneously and layered upon each other to build a full song in real time. But the uses of dynamic music are far more broad and adaptable.

Indeed, the best way to illustrate dynamic music would be to discuss some examples.

Below are three diverse examples of video games that have incorporated dynamic music in some way. Each example demonstrates the benefits this approach can provide to the immersion of the experience.

Combat is a common encounter in many video games, so finding new ways to make the situation feel interesting and fresh is very important to many developers.

The critically acclaimed game, The Legend of Zelda: Skyward Sword, featured a surprisingly simple but effective method of adding flavor to combat via dynamic music. During one particular fight with two large lizard men, the player uses their sword to fight back the attack. In addition to the standard sword sound effects one would expect to hear as the player swooshes their weapon and hits the enemy, the game adds in a musical touch to accompany each successful hit.

The melodic note we hear with each successful attack adds an element of feedback that provides the player with just a little extra satisfaction. It also serves to increase the feeling of momentum in the fight. Our ears are naturally attuned to expect musical notes to follow each other. By preventing the musical melody from continuing at each note, the game has primed us to both desire and expect the notes to continue. This whets our appetite even more to follow through with the next attack.

It’s also worth noting that the use of dynamic music in this part of the game exists on top of a pre-existing combat track we can hear playing even when not attacking.

The puzzle game Portal 2 is another well known recipient of critical success that incorporated dynamic music.

In fact, the game managed to incorporate it in one of the most subtle and successful methods on record.

After using each jump pad to leap across the large distances, the player can hear a simple electronic techno rhythm that gradually fades in for only a few seconds. The duration of the musical riff mirrors the duration of the the player’s jump, so that the rhythmic segment reaches a crescendo as the player hits the top of their jump height, before fading away as they land.

In addition to an extra layer of feedback, and therefore, satisfaction, this instance of dynamic music provides a layer of subtle flair to the atmosphere of the environment. As opposed to our previous example with Skyward Sword, this area of the game does not feature any static music playing in the background. All we have is the ambiance of the space, a cavernous and industrial looking environment.

The short-lived electric rhythm is the only music we can hear and therefore, the only time we feel a sense of the emotional tone of the situation. It almost feels like it’s about to become a full song before it fades away which adds to the atmosphere, directly, rather than just layering music on top of it. The fact that it’s only activated as a direct result of a player action successfully creates a powerful impression: the environment only comes alive when the player moves.

This idea is extremely appropriate and thoughtful, especially given the narrative of Portal 2, a world in which a lone human is moving throughout an industrial machine-based facility.

The last example of dynamic music we’ll look at manages to create full pieces of music through layering. By having multiple triggers activated at the same time, the developers of Red Dead Redemption enabled the player to generate a kind of musical ecosystem that lives and breaths with their actions.

Take a look at this behind-the-scenes clip of the music team’s process.

By ensuring that all musical Stems were composed at the same beats per minute and in the same key, the development team positioned their musical ecosystem to feel seamless and adaptable. Depending on how the game progressed, the music seems to evolve in real time.

It might be helpful to examine the idea of layered stems a bit further, to truly understand the power and potential of dynamic music and its adaptability.

The following are four individual musical loops, Loops 1, 2, and 3, as well as our Base Loop. Imagine that you, as a developer, have these loops at your disposal. Let’s assign a trigger to each of these loops and see how they can be layered on top of each other.

This is our Base Loop, our foundation.

The Base loop is already playing when we start the game, so that’s already set. Based on the electronic nature of the song, let’s say that the player is in a spaceship and that their goal is to access the rest of the ship, find their space suit, and go out into space.

What if this segment of the song is triggered when the player uses a key card to open the hatch to the rest of the ship? We can imagine that the player will now be exploring a much larger environment than the one they original started out in, so some kind of musical feedback that validates this expansion of the map would be useful.

You’ll notice that the Base Loop is already playing while the 1st loop gradually fades in. Remember, we want the evolution of the music to feel seamless, as if the player’s actions are breathing life into the soundtrack and, therefore, the experience as a whole.

Now that the player has accessed the rest of the spaceship, there’s a lot to explore. But ultimately, their goal leads them to a nearby supply chamber where they can find an old space suit. Putting on the space suit might actually change how the player will view the environment, maybe even displaying a HUD interface to interact with. This new evolution in gameplay calls for a different layer of music to highlight the evolution in the game.

The percussion that’s added evokes a sense of progress and movement forward. Now that the player has a suit, they’re ready to tackle their mission. Maybe even ready for the main game to start.

For the purposes of the game, we could think of this as the beginning of the main game. But for the purposes of this introductory scene (and this example) this is our big finish. The experience of the spaceship is about to end and we’re about to embark on the rest of our adventure in the beauty and majesty of space.

You may note that the fade in of this particular loop is a bit longer than the previous ones. This was done intentionally to accompany the slower and more climactic build up of the airlock doors sliding open to reveal the beautiful vista of space.

What Will You Do with Dynamic Music?

Dynamic music can be accomplished in quite a few many ways, but it usually comes down to simple triggers. If something happens, then play this track. To specifically accomplish what was demonstrated in this example, not much more is needed. In general, this example is a fairly simple look at dynamic music. But like game design, the sky’s the limit. Indie game developers are finding new and creative ways to incorporate dynamic music into their experiences every year.

And every year, we, as players, can feel more and more immersed in the worlds and stories we love.