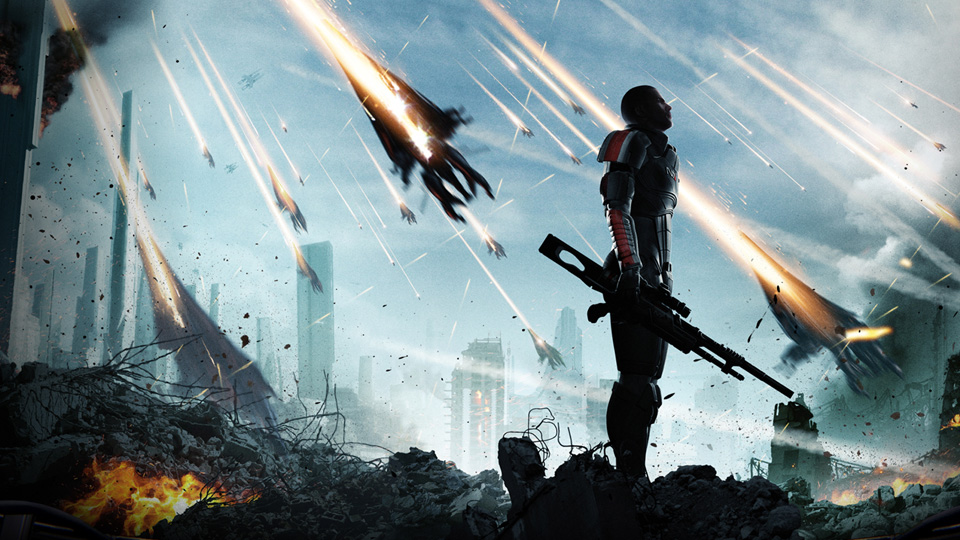 World-building and interactivity were meant for each other.

Over the past few decades, there’s been a striking number of games and franchises with expansively rich universes of their own. Let’s take a look at how some of these franchises used their world-building to not just expand their lore, but evolve how the player experienced the core narrative as a whole.

Assassin’s Creed is a cinematic experience. It’s a franchise well known for its overarching narrative of lineage, freedom, and world-wide historical conspiracy dating back to the beginning of recorded time. In honor of the Assassin’s Creed movie coming out December of this year, it’s worth taking a look at one of the franchise’s first and most powerful instances of world-building.

In 2009, Assassin’s Creed 2 was released, the first sequel in the series and, as some would argue, the game that truly unleashed the world of assassins and templars unto awaiting players. Among the exciting new gameplay and colorful new environments, Assassin’s Creed 2 exposed us to more of the mystery and intrigue we now associate with the universe.

In addition to its main storyline, the game incorporated a special side-mission. The mission revolved around solving a series of puzzle challenges to unlock a secret hidden video known only as “The Truth.”

Each puzzle somehow involved the player identifying secrets within real-world paintings and photographs, like the Mona Lisa or an actual photograph of a scene from the Vietnam War. This unexpected use of real material, well established outside of the fictional AC universe, brought the conspiracy narrative much closer to home.

The more we were faced with these bizarre puzzles, the more we lost that sense of detachment between our comfortable real world and the darker fictional one, almost to a point that we were forced to question how fictional the conspiracy might be. The game immersed us further into its own narrative by immersing us into a history we may have already been familiar with, illuminated in a new suspicious light.

As if that wasn’t creepy enough, “The Truth” video, itself, once unlocked, is a thirty-second enigma of a scene that seems to involve the individuals Adam and Eve of biblical fame, emphasizing just how far reaching the conspiracy might be.

We felt the sheer magnitude of the implications without even having to spend a single minute of the game’s main story delving deeper into it. In our own time, we uncovered the mystery of this universe, which allowed us to experience the main story in a brand new way. It all demonstrated that more than just revealing intriguing information, world-building can actively alter how we perceive the tone and origin of a story within a game. Hell, it can even change how we can perceive our own real world, as well. 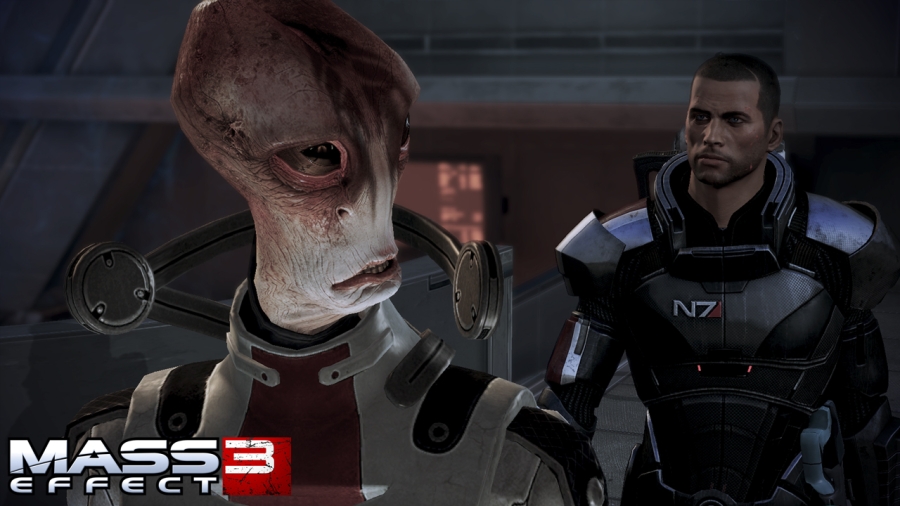 Despite the harsh criticism it received for its resolution (or lack thereof), Mass Effect 3 is widely considered the epic climax to the trilogy we were all hoping for. Players were eager to see how their actions throughout the previous games would play out in the final installment of the first Mass Effect trilogy. And now, with a brand new sequel to the franchise on its way, promising a massive expansion to the known Mass Effect universe, it’s important to recognize what the previous games did successfully when it comes to storytelling and world building.

Right from the beginning of the first game, players are submerged in a galaxy brimming with lore. The massive collection of codex entries could rival a history textbook, covering everything from weapons to technology to historical events, and even going as far as to explain the anatomy, history, and culture of each new species encountered within the story. Over time, sifting through this database and exploring the galaxy, players became familiar with major events and phenomenon that defined the galaxy.

One such phenomenon was that of the Krogan Genophage, a biological weapon released on the Krogan species by Salarians to control and limit their population growth. The whole situation took place off-screen, well before the beginning of the first game. For the most part, it’s presented to us as a character motivation: something that drives our Krogan supporting characters and causes tension between them and our Salarian allies throughout the game. Should a player wish, they can explore it more within gameplay by conversing with party members, like this example from the first game.

All in all, the history of the Genophage in Mass Effect’s universe provides only a few new obstacles and choices for the players to make when figuring out how to proceed forward in the main story.

But in Mass Effect 3, the Genophage comes back in a big way, taking up an entire chapter of the main story. More than that, the story pits our main character, Commander Shepard, in a position of extreme influence over the outcome of the situation. Ultimately, the player is given the option to choose whether or not to cure the Genophage, completely.

Because we are already familiar with the genophage prior to Mass Effect 3, we immediately understand the significance of it taking center stage in the story, this time around. The amount of time the developers have spent building up that part of the world serves to prime us for emotional engagement when it returns in the final game as a main plot point.

We also understand how big of a deal it is that the choice is in our hands. The weight of that decision feels as real as you can get when dealing with a fictional story and many players felt a strong emotional need to get the decision right, whatever that may have been for them. It’s not a moment players took lightly.

Mass Effect 2 shows how world building can provide compelling character depth while also imbuing players with a stronger sense of power and consequence in their actions and choices.

(Minor Spoilers for Skyrim and Elder Scrolls Franchise Ahead . . . )

The Elder Scrolls franchise features a rich world of high fantasy and complex history.  With the announcement, earlier this summer, of Skyrim, the Remastered Special Edition, it’s certainly within our purview to identify a successful instance of world-building within this beloved open-world game.

Interestingly enough, the example from Skyrim we’ll examine is a little different than our previous two cases. Though the presence of world-building can be felt all throughout the game, there is one area in particular in which Skyrim and, indeed, the entire Elder Scrolls franchise shine.

And that area is books.

Skyrim, like its predecessors, features a library’s worth of literature that can be acquired and read in-game. Hundreds of different texts all add their own flavor to the established lore of the Elder Scrolls universe, ranging from historical accounts of famous people and events to fictional works written by characters within the fictional world of Tamriel. All together, it’s an escapist’s dream that provides literally hours of material and content within which to get lost.

One particularly entertaining read is a series of romance novels entitled the Lusty Argonian Maid. What makes this series such a fun discovery of lore has a little less to do with the actual story, and a lot to do with the in-game author, Crassius Curio. Fans of the Elder Scrolls franchise will recognize that name as belonging to an actual NPC they met in Elder Scrolls III: Morrowind who was known to be a writer of romance novels.

Our ability to continue finding his works of literature throughout the games, well after his first appearance in the franchise, enforces a feeling of consistency and even evolution in the world of Elder Scrolls. This place is living and breathing with or without us and there’s something about that idea that endears us more to it all. When the details of a world are coherently unified and dynamic, it feels more real. And when the world feels more real, our role in it feels more grounded and important.

The instances of lore we examined in this article all originated with games of immensely grand universes. But make no mistake: world building in smaller and more subtle channels can be just as effective. It all comes down to immersion.

Designing a history for an entirely fictional culture is all well and good, but only if you act upon it. Whether your lore is infused in the environment design or interlaced in the conversations and texts your player can uncover along their journey, world building should have a tangible presence. It should be an anchor for a deeper experience without being a crutch that distracts from the main game.

Consider our actual human history and how many individual stories it’s made of. Your lore doesn’t have to rival the history books. It just has to feel like it could, and that’s the real trick.

It’s enjoyable, sure, but ultimately, players don’t always need a universe with its own textbook worth of history. They need a space where they feel like their actions matter. And when it feels like our actions matter in a world, that’s when things really come alive.