The Many Problems of Greenlight 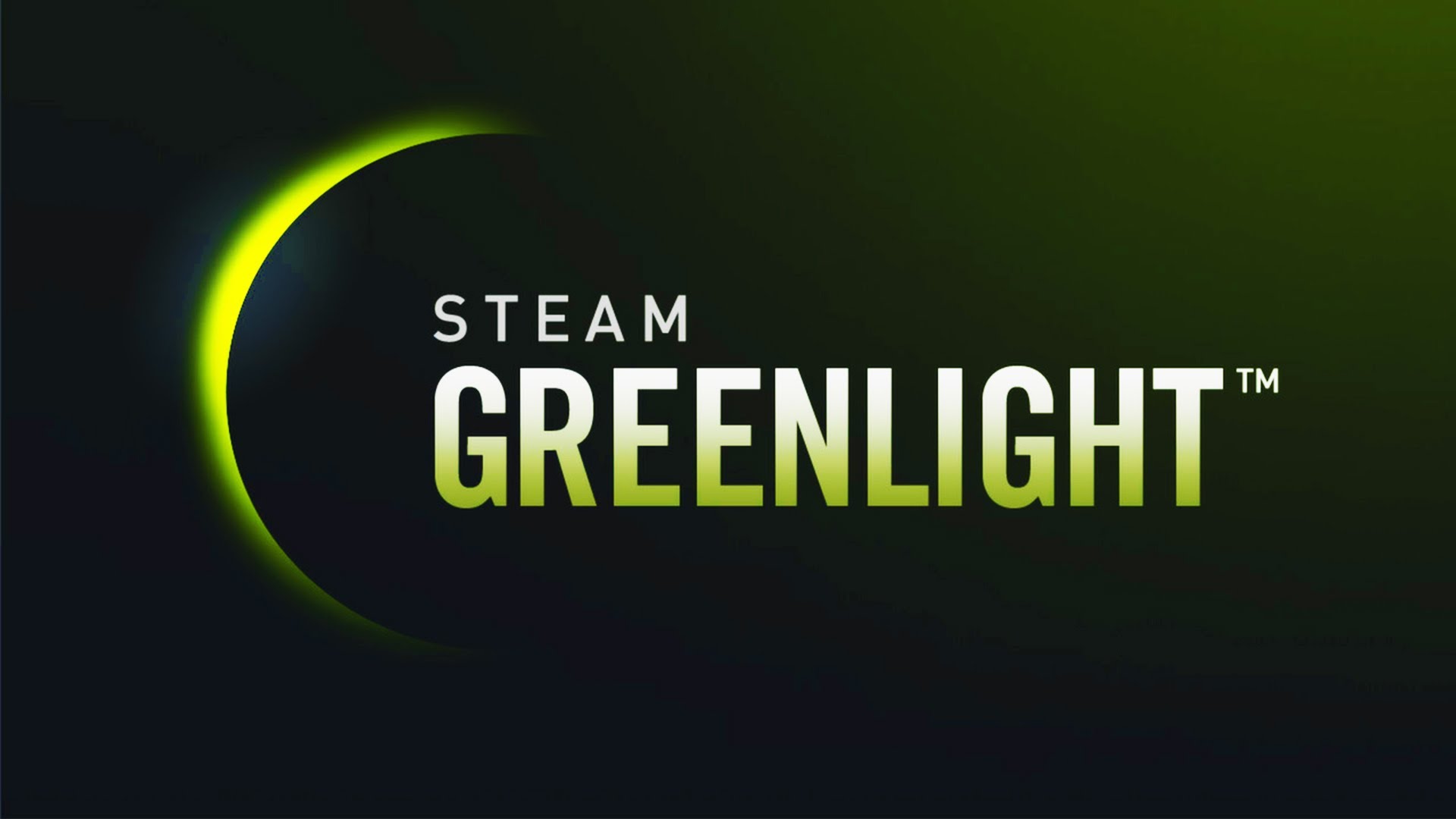 This post first appeared on the Engage Pixel blog. Thanks James for letting us cross-post!

I’ve been read a few blogs and articles over the past couple of years that talk about the state of Greenlight.  After submitting Captain Kaon recently, I’ve been getting a first-hand look at how it works.  There’s been some suggestion it’s dying, certainly the number of people voting is plummeting.  The average number of unique visitors for the top 50 is currently only 7.5k. In the early days it took about 100k votes to get into the top 100.  Looking at the stats for my own game I’m estimating I need around 1K.  Seriously, that’s it.  All it will take for you to get your game through Greenlight right now is 1000 yes votes.

This might make it seem like getting through would be easy, but it’s not.  I’ve been going for 40 days so far and it’s been a struggle to get every single vote (send your votes this way, pretty please).  There are a bunch of problems you will encounter, here’s what I’ve found so far. [Editor note: James’ game has since been Greenlit–congratulations!]

No one seems to care

The dwindling number of Greenlight voters is a symptom of the lack of interest in Greenlight.  When it first appeared it was this exciting new thing that was going to herald a wave of amazing indie games.  In the end it’s been swamped with poor quality titles, and whilst they mostly don’t get through, they drown out the games that are decent.  You’re average gamer doesn’t have the patience to wade through all the detritus.

The problem with this is that it’s user interest that drives everything.  No one is going to write a blog or article if there’s isn’t anyone to read it.  This means there are very few people blogging about Greenlight games and most of the ones you do find have long since given up.  Take a quick google of ‘steam greenlight blog’ and you’ll see what I mean.

Visit forums and it starts to get worse.  Some forums have pages set aside for you to post in.  But a lot of forums explicitly state in their rules that they don’t won’t you bringing your Greenlight campaign anywhere near them.  It is of course entirely understandable that they don’t want devs spamming their forums with posts.  But it means there is a lack of places you can go to actively find votes.

Ultimately, Greenlight itself doesn’t get promoted, so it’s getting forgotten.

No incentive to vote

It’s not just that people don’t care.  It seems like there is no real, tangible, incentive for anyone to actually vote on Greenlight.  Think about it for a moment, what does a steam user get out of voting?  Humans are mainly motivated by reward, just like a dog with a bone, they are more likely to do something if they will get something in return.  The reward that motivates gamers is the experience of playing the game.  If a game gets good reviews someone will go out and buy it because they will gain the game and the experience of playing it.  But voting doesn’t get you the game, it doesn’t get you any short term benefit.  If you vote you will maybe, one day, be able to play the game.

Therein lies your challenge as a developer.  Breaking through that barrier and appealing to people to vote without getting anything back.

Collections seem to be a way of filtering the chaff and creating a list of worthwhile games that steam users can find easily.  A functioning aggregator like this would be great, if they worked.  I’m not convinced they do.  It’s impossible for me to identify, through google analytics, any evidence that being in a collection has helped me generate votes.  I’m able to tie most of my votes to things I know about, it’s only the handful of unknown votes left that could possibly be related to collections.

One of the problems I think they have is that Greenlit games stick around.  I really can’t see any reason for this to be the case.  Once they’re Greenlit they should be moved out automatically, or at least filtered out so they aren’t there by default.  Once Greenlit games are through, they are no longer part of the Greenlight process, they’re just clogging the collections up with noise that impedes the titles still trying to get Greenlit.

Take a look at the PC Gamer collection, I’m not picking on it specifically, but it’s sat at the top of the ‘Top Rated All Time’ collections list.  It only has 50 games in it, which seems pretty great.  Except it’s not the cream of games currently in Greenlight.  Its 50 Greenlit games, most of which have already been released.  If a user went here looking for suggestions on games to vote for, they’re wasting their time.  It seems that it’s an entirely manual process to maintain a collection and the people maintaining them have lost interest.

Hard to connect people with your page

To get votes you need it to be as easy and painless as possible to maximise the up-voting, that means connecting to your Greenlight page needs to smooth and easy.  Posting the page link appears to be a direct link, but I don’t think it is.  I suspect that the separation of the Steam App from the web pages you post on creates a barrier that decreases the likelihood of someone voting.  I don’t have much evidence for this, because it’s a difficult thing to prove.

Think about it like this.  You post a web link to your Greenlight page on a website; someone sees it and clicks on it.  They get taken to your Greenlight page, but it’s within their browser.  What is the likelihood that they will be logged into their browser?  Are you logged into Steam on yours?  If they aren’t logged in, will they take that extra step just to vote for you?  Google analytics tells me that 86% of people who visited my page were on there for 0-10 seconds.  We live in a fast-paced world where people won’t take their time to log on when it’s quicker to close a page.

One solution to this is to use Steam protocols to launch straight into the App.  Click here to see the problem with doing that.  Yep, it generates a big scary warning message.  But here’s the thing, did you read the message or just click cancel to dismiss it?  Nothing in the analytics can tell me how people react to the pop up warning.  My hunch is they dismiss it.

I suspect this is one of the biggest problems with promoting and the barrier is even bigger when it comes to twitter.  I’ve made a whole load of tweets about my game.  Many of those had the link to my Greenlight page and asked for votes.  These were all retweeted a bunch of times by people with thousands of followers.  According to google analytics, the total number of people to visit my page via twitter is four.  It’s a primarily mobile communication platform that doesn’t connect directly to steam.  Even if you have the steam app on your phone, the app doesn’t have Greenlight on it.

Greenlight can still work if it gets some love.  Early on Steam made some changes to how it works, but they haven’t in a long time.  It seems to have been created as nothing more than a service to allow voting which provides only minimal effort in promoting.  Perhaps this makes sense from Steams point of view, promoting a game is the responsibility of the developed after all.  But its lead to a broken, failing, system.  Here are a few spurious ideas I’ve had that might help.

The best way to bring people back to voting is to incentivise it, give people a reward for voting.  Steam already has a mechanism in the form of Trading Cards that could be used for this.  If every 10th vote gets you a Trading Card you will be more likely to vote.  If collecting them all gets you a Greenlight Community badge, even better.  It’s not just Trading Cards that can be used either.  Vouchers for discounts on Greenlit games would also give people a great incentive to vote. If you wanted to be super-evil you could make the drops random, turning the voting system into a kind of skinner box.  Better yet, track how active a user is, how often they vote, how many comments they make.  Increase the number of drops for more active users, this will make them want to keep coming back.

The Greenlight front-page also needs improving; it needs a better system for connecting people with games.  At the moment it shows you the recent submissions and gives you a voting queue of games submitted (mostly) in the last week.  It’s all very empty and unappealing; no wonder users are losing interest.  Compare it to any other news or service website and the difference is stark.

Why not have a sidebar with a stream of the latest comments and links to the games they’re from?  Seeing interesting comments would pique a users’ curiosity, they’d be more likely to visit the page themselves. There could be a news feed that promotes active pages, ones that have regular news and updates, ones generating comments.  These active pages could also be prioritised in the voting queues.  Reward developers who are making an effort with their campaigns.

There also needs to be mechanisms for decreasing the noise. If a page is inactive for a couple of months e-mail the developer.  Give them a prompting and a warning.  If the page continues to be inactive then Steam needs to be brutal and suspend it.  Move it to a little corner somewhere, out of the way.  Make it invisible in any collections it appears in.  A game no longer being worked on should not get in the way of those that are.  Yes, there’s a delete button, but how many devs will use it and how many will just leave there page to gather dust.

Noise is also a problem in Collections.  They rapidly get filled up with games which get Greenlit and then hang around.  For Collections to function as aggregators that connect people to games they need to remove the chaff.  This needs to happen automatically.  Greenlit games need to at least be filtered out of collections by default, so you only see them if you specifically look for them, or otherwise removed completely.

My last thought, the people who run collections needs to have a way to write about the games.  There is no little box for them to write about why they like the game and why they think you should vote for it.  Currently a collection is a list with the games icon and description.  This needs to be changed to the game icon and a paragraph written by the collector.

Well, that’s my lot.  If you’re thinking about having a go at Greenlight, I hope this has been helpful.  If you could give Captain Kaon an up-vote, it would be the most amazing thing ever.