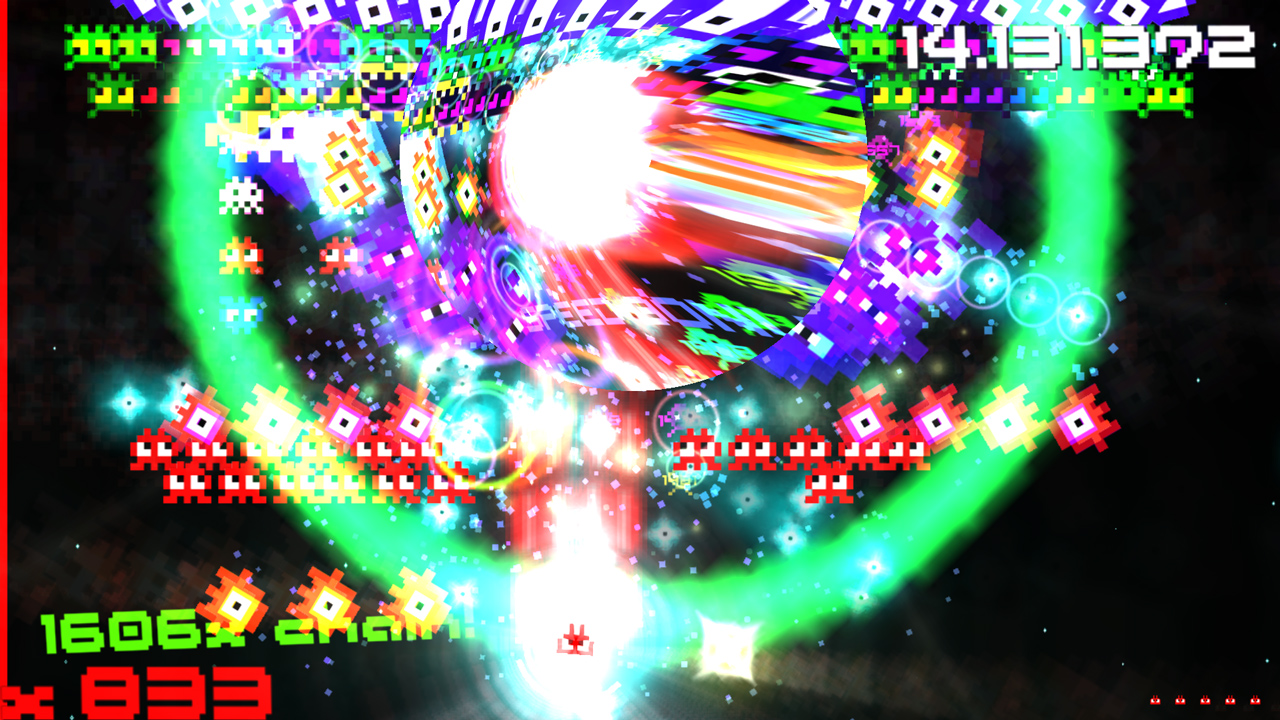 The drop ship opens its hold and our hero, clad in a full body suit of high-tech armor strolls out, missiles, lasers, plasma, and sticky bombs at the ready. The scene is chaotic and colorful, and every button that the player presses brings mass destruction to the hordes of invading aliens. Context has barely been established, but already the player is immersed in the world and kicking some serious ass. This is a tutorial by fire.

The First Hit’s Free; or The Hero’s Fall and Climb

By thrusting the player into the thick of things, with all the shiny gadgets they’ll be acquiring throughout their playthrough, we create a carrot to dangle in front of them but in the best way possible: while the player may be inexperienced with the controls, the tutorial remains fun because that experience is supplemented by all the firepower they’re given. Instead of being told what to do, the player is given free reign to explore the controls and learn for themselves.

What then generally occurs after the tutorial by fire is the hero’s fall, where they’ll lose all of their shiny gadgets and have to climb their way back to superiority. This is an important step, as a game that gives the player all the gadgets and lets them keep them all is a different beast than the tutorial by fire. The important thing to note is that by teasing the player with all the gadgets they’ll eventually acquire, we create an incentive for the player to learn the controls. We create an expectation of greatness. Essentially, we create fun by way of the player being overpowered, which transitions into the player having fun by learning the controls and working toward the goal of being as awesome as they were in the tutorial.

The Devil Is in the Details

A tutorial by fire is most commonly seen in two types of games: equipment-based adventures like Castlevania and Zelda; and in certain kinds of sequels to explain away why the hero is essentially starting back at square one. The key to success in the transition from the hero having everything to having nothing is in the writing. Through the use of a dramatic movement or self-aware/self-referential humor, the transition can go smoothly and the player can more easily buy into the tutorial by fire. For example, a dramatic movement may have the player controlling the hero’s master who is then murdered by the main villain at the end of the tutorial. Thus, the game truly starts when the player takes control of the hero—who is significantly less experienced and less equipped than his master—in a quest for vengeance. As for humor, a character in the third installment in a series may remark something along the lines of, “Not this again!” to losing their powers/equipment and turn this loss into a punchline, a joke for the player to shrug off.