Amp Up Your Game Design: Pixel Art As Impressionism 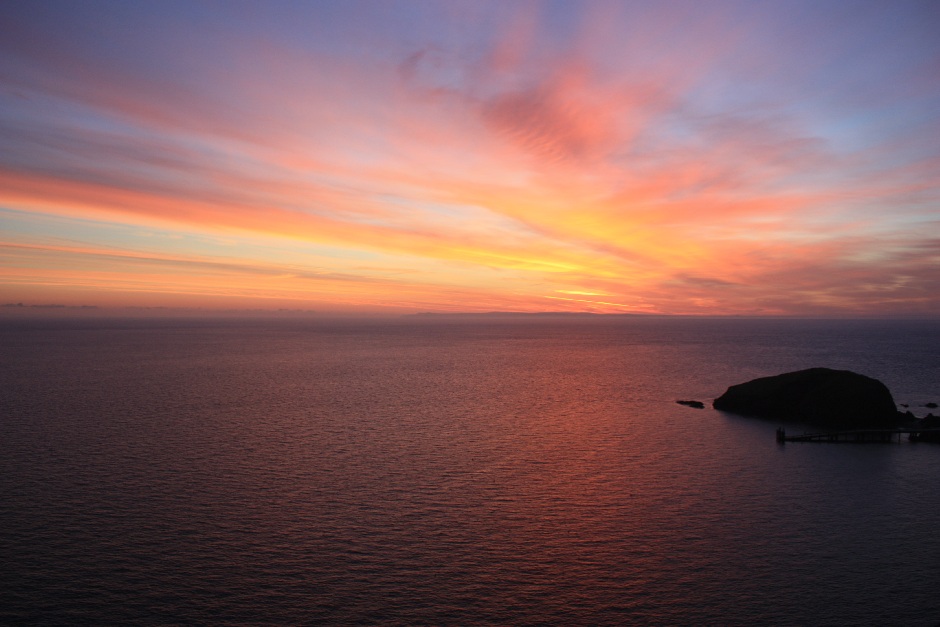 Monet, Van Gogh, Picasso; these old dead guys have lead me to a better understanding of video games. These famous artists have reached me from beyond the grave and taught me their secrets through their work. While painters have studied these great men for a very long time to better grasp the nature of the canvas, what can we game enthusiasts and designers learn from them? Video games didn’t even exist when they were around, what could those dusty fossils possibly have to teach us? Through keen observation, extrapolation and guess work, what can we learn? Well, let’s take a look.

Vincent Van Gogh was known as a post-impressionist painter. His most famous painting, Starry Night, contains all of the key elements to the impressionist style. The goal of Impressionism was to create paintings that were focused on the image, not the details, similar to a memory or an impression of an event. In order to accomplish this, combinations of fractured brushstrokes are utilized to create one complete image. Colors aren’t mixed in each stroke, but are arranged so that the varying shades naturally blend themselves to the eye when viewed. The realism of the picture normally varies on the distance it is looked from, from across the room it may look like a perfect picture, from a foot a away it may look like abstract art.

Now let’s look at Metal Slug! Let’s take a look at the impressionistic elements that make the pixels similar. Instead of tiny brush strokes we have individual pixels. Differing shades of pixels to make color blend stand in for paint shades. And if you’ve ever stared at a close-up of pixel art you know it becomes a blocky abstraction relatively quickly. So all early video game artists have obviously been emulating the impressionistic style right? Not exactly. While the styles and concepts may be similar, we must think about the beginnings of both, and what purpose they serve.

The impressionistic art style came from a need for stylization. Up to that point, most paintings had sought to emulate reality, focusing on ever increasing realism and detail. When the first camera was released, paintings were suddenly seen as a dying art. Impressionism arose shortly before this, and was highly criticized. However, when realistic paintings started to fall from grace, many painters looked to impressionism in order to express their art in a distinct way separate from reality. This is where delineation between the two must be made. Pixel art came about as a result of technical limitations; pixels in gaming’s early days were used in order to try and make game visuals as realistic as possible.

These days pixels — and their 3D brethren, voxels — primarily remind us of the earlier days of gaming and don’t consciously attempt to replicate a technological version of impressionism. Better examples of modern impressionistic games lie in Valkyria Chronicles and Legend of Zelda: Skyward Sword, both utilizing the standard brush stroke rules in order to recreate memories in the former and give a feeling of lighthearted fantasy in the latter.

The switch from realism to more stylized art in the form of impressionism, surrealism, and cubism does remain important to games though. We’re rapidly approaching a plateau when it comes to graphics; the point where adding more realism and power to graphics stops providing noticeable improvements. If history is any indication, pure realism will slowly stop being an interesting or novel visual style. If video games wish to adapt as a proper art, they will have to start to focus on a dilemma which was solved over one hundred years ago by a bunch of painters.

While the approach of the graphics plateau is not as potentially medium killing as the invention of the camera, designers must still be willing to face this puzzle with bold, daring, and innovative ideas. The adoption of new artistic styles can have a profound effect on how we interact with video games. Both Borderlands and Team Fortress 2 started out with a realistic design before adopting their trademark visual styles; styles that convey massive amounts of identity and personality to each game. A potential “aesthetic revolution” within the industry would further diversify our games, and enrich the experiences within.

In the end, what have the impressionists — painters in a centuries old medium — taught video games, which are barely thirty years old? While the beginning of our medium mimicked the tropes of impressionism, have we actually learned anything from them? I believe we have. We’ve learned how sets of criteria and rules applied to any art can create a distinct style, such as how limiting blending and brush strokes gave impressionism its signature look. We’ve learned that depending on your medium and the use of the style, aesthetics can alter the how audiences view a work, as Valkyria Chronicles emulates dreamy memories just as impressionism did.

We’ve learned that games, just as any art, should explore new ways to engage players from an artistic standpoint, explaining the great personality and humor that is evoked by Team Fortress 2’s visual style. These are just a few ways in which video games can look to older mediums to grow. The power of observation can give us endless examples of older art forms that could be re-purposed to better engage players, and this observation teaches us it’s always possible to take a closer look.