Networking at a Game Convention Part 2: Get in There! 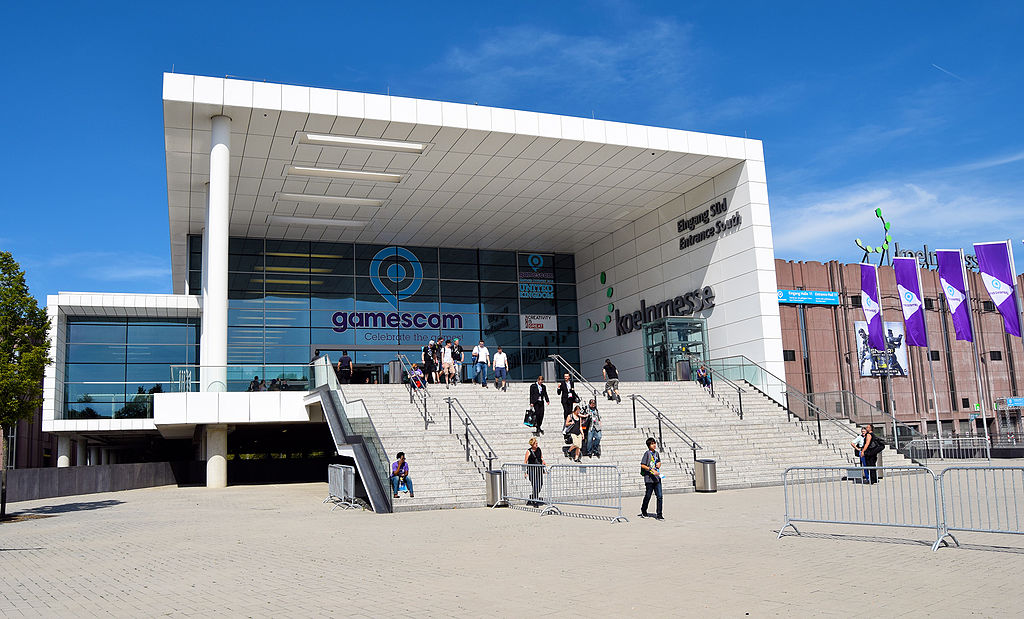 This article is Part 2 a 3-part series on networking at a convention. Check out Part 1 to discover what to do before a convention to prep for networking success. Below, we’ll be discussing what to do networking-wise during an event.

Let’s do a quick refresher of the work you did in the previous post.

About a week before the event, you’ve updated your Twitter to let others know you’re attending. You’ve made online introductions with speakers, booth owners, and other attendees. You’ve joined various developer groups who are also attending and introduced yourself there as well.

All that work making digital introductions is now going to pay off.

Before I go into the tactics, I want to cover some key tips.

I know you’re excited to show off your Team Instinct t-shirt (I know I am!). Editor’s Note: Team Valor, baby. But there is a time and place for that.

“If you dress like #[email protected]#, even if you’re a great person, people will automatically assume you are what your clothes say you are. You can spend 20 minutes changing their minds, if they stick around, or you can make a small change and save yourself the hassle.”

You don’t have to go business casual. But switch the gamer t-shirt to something less distracting.

Saying it’s impossible.
Excuses include using introversion as a crutch, believing you have nothing interesting to say, or thinking networking is not for you and putting yourself down. Great game developers know they’re talented, and that confidence enhances their work. You can do the same with networking. Block out all the self doubt and act like you know what you’re doing. Fake it. You’ll be surprised how much it works.

Thinking you’re too busy to network.
Everyone has the same 24 hours in a day. You are not an exception.

Only want to speak to people “who can help me.”
It should go without saying to give everyone a chance. If they’re not a good fit, politely bow out. Judging a person solely on their job title is bad business and smacks of sleazy opportunism. You never know who can open doors for you or doors you can open for other people, whether that be business-related or otherwise.

Remembering That it Takes Practice

Remind yourself that each networking encounter is practice for the next one. If you didn’t make a connection, that’s okay. It’s part of the process.

Growing up, Stephen King hung his rejection letters on his wall. There were so many rejection letters that he had to switch to a railroad spike to secure them all. Editor’s Note: This is a common occurrence for all writers. Some of us have opted to turn our rejection letters into paper-mache artwork (that is also rejected).

These initial conversations decide if people want to connect with you in the future.

Be more personable by properly introducing yourself. Pretend the badge doesn’t exist. People aren’t job titles, and often, what you’re into is a better indicator of who you are than what you do.

Start with questions that are easy for your conversation partner to answer and lets you learn about them quickly.

For networking, cut to the chase with:

If you already introduced yourself online (this tip is in Part 1), it’ll be easier to say hello in person.

“I noticed you’re with [company]. I connected with those guys online!”

At a recent conference where we all wore name tags with our professions, a man shouted at me from across the room. “Rocky—it’s great to meet you! We need to talk!”

This was the first time I met him. But it was incredibly off-putting how he acted as if he knew me, and frequently he’d say my name. It came off very impersonal. Like he’s following a script. The conversation felt like I was just another business card to add to his collection.

Avoid that “impersonal feeling” situation by developing a proper introduction.

This 2-step trick, which happens in a split-second, can quickly get their name without coming off like a robot.

Even if it’s too far into the conversation, you can quickly step back and go, “I’m sorry. I didn’t properly introduce myself. My name is Rocky.” * extends hand to shake *

No one will feel insulted if you asked. I did it to one of the co-owners of the conference, who took it with a smile. Editor’s Note: I once exchanged, “What was your name again?” about five times between us with a fellow. Great conversation but we were both bad with names.

Powerful networkers are considered captivating. When they connect with others, there’s a weird energy that creates an immediate bond. Powerful networkers approach conversations with curiosity, treating the speaker like they’re the most important person in the world.

Cal Fussman, New York Times bestselling author and one of the masters at interviews, has had conversations with many of the biggest cultural icons in the past 50 years, from Muhammad Ali to Clint Eastwood to Dr. Dre. After the filming of the movie 300, Cal was tasked to interview Gerald Butler, with not a lick of knowledge of who Gerald is. Because of Cal’s curiosity, by the end of the interview, Gerald was so captivated that he invited Cal to come over at any time to watch films together.

At one conference, I politely listened to a guy talk for 10 minutes straight without a word in edgewise. I thought this encounter was a bust. But a week later, he emails me to tell me this was the best conversation he ever had!

Active listening allows you to pay attention to information. Casual conversations lean into having one person talk while the other person is thinking about what to say next. Once you do that, you’re no longer paying attention and lose important details. Avoid this temptation.

Looking for common points of interest is a good way to make friends. “Your favorite game is Legend of Zelda: Link’s Awakening? So is mine!”

But in professional networking, it often distracts from your goals. Look back at your reasons for attending this convention (in Part 1) and decide on what important questions to ask.

If your intention was to connect with like-minded developers who want to change the indie scene, some questions might be:

What do you think the biggest problem with indie games is?

With your game, are you doing anything unique to get it in the hands of people?

If your goal of this conference is to connect with influencers, some questions may be:

Have you gotten press for your game?

How did you get introduced to [influencer]?

Ask for Permission to Pitch

A quick way to turn people off is to jump straight into your pitch. Maybe it’s pitching your game, your idea, or even yourself. Avoid that icky feeling by asking the other person first.

Pause for a moment.

Then say the words, “Is it okay if I share with you what I’m working on?”

Asking for permission turns it into a pattern interrupt. It allows you to slow the conversation down and makes your partner pay attention to the next thing you say.

This isn’t a “you tell me your idea, and I’ll tell you my idea.” Be sincerely interested in what they have to share. Even if it sounds like a bad idea, continue asking questions. Your conversation partner will appreciate you for helping them think through their ideas.

A few minutes has passed, and you’ve decided that this person is someone you want to know.

Follow up with: “Is it alright if I reach out to you in the future about [X]?”

Busy people will give you their company email. Something like [email protected][companyname].com.

If that’s the case, don’t take it personally. Some people carefully guard their email. Ask for there is another email you can use. If your conversation partner says no, ask for their Twitter, and try again in the future.

There’s so much to see at a convention and so little time. Knowing how to exit a conversation can give you a way out without making your partner feel bad.

Don’t overthink it. This isn’t a breakup. And if you already have their contact information, then there’s plenty to converse about later on.

Tilt your body to where you want to be. Point your feet away from them. That shift in your body usually gives people a clue that it’s time to wrap things up.

Exit Strategy 2: Start Using Time Language
“There’s an event I want to check out in 30 minutes. I’d love to stay in touch!” Or “There’s so many people here that I want to connect with! Let’s cross paths again in the future. I have your contact information, right?”

Sometimes, I tell the speaker to hold their thought, run a few steps and casually pull someone into the conversation. Then I say to the new person, “This is [person you’re trying to exit from]. They do x, y, and z. What do you do?”

When the conversation builds up to a point where you can leave, take it.

It’s an excellent way to keep the conversation going, benefits everyone (especially other introverts) and still allows you to make an exit gracefully.

With these strategies, you can now engage in conversation, ask questions, exchange contact information, and exit to continue this process again.

In Part 3, we’ll discuss how to network after a convention (and you thought we were done!).

What type of ninja conversation strategies do you have? Share it in the comments!