Reading Between the Lines: What Passive Storytelling Teaches Us – Part 2, Overwatch 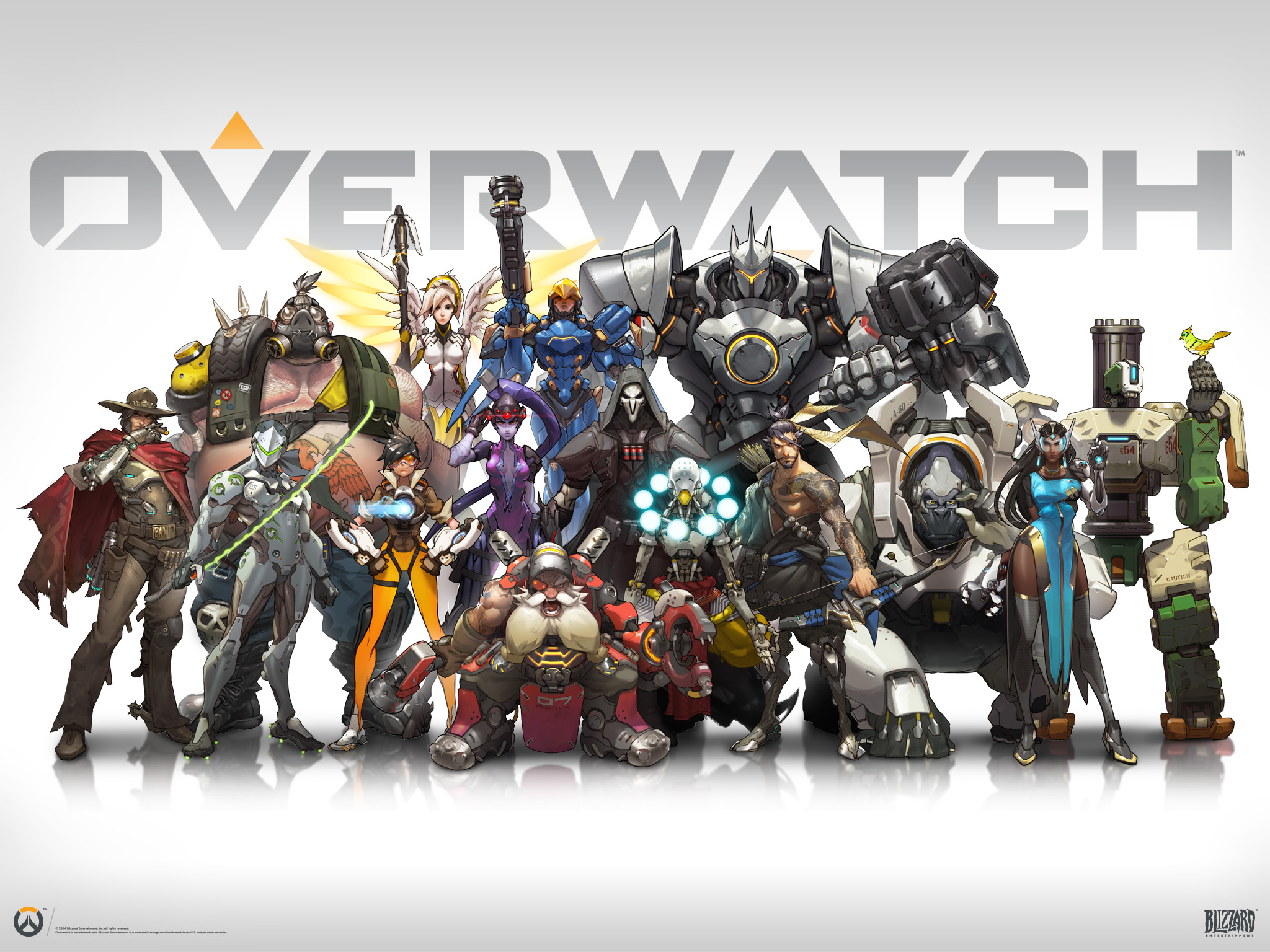 Today we leave the minimal dialogue discussed in Part One that was used to create a meaningful narrative and instead take a gander at Blizzard’s approach of minimal in-game media to portray a compelling and effective narrative. Let’s talk about Overwatch!

Overwatch breaks free from conventional video game narrative methods and relies on a number of non-game media including:

In fact, the only in-game material that relates to the game’s lore occurs when certain characters are in a match together, and only in certain maps. This happens infrequently, but provides players delicious tidbits of information. Before we go through how these work together to create a solid universe and story, let’s visit the story currently revealed to us by Blizzard.

The Main Plot of Overwatch

Overwatch is a multiplayer first-person shooter developed and published by Blizzard Entertainment in 2016 for Microsoft Windows, PlayStation 4, and Xbox One. Set sixty years in the future of a fictional Earth, Overwatch takes place in the middle of the Second Omnic Crisis. During the First Omnic Crisis thirty years prior, the Overwatch team was created to combat the rampaging omnics, robots endowed with artificial intelligence that had turned hostile. They succeeded in bringing the First Crisis to a somewhat peaceful end, though with much collateral damage under their belt.

However, years of tension between two veteran soldiers of Overwatch, Gabriel Reyes and Jack Morrison (who later became playable characters, also known as the Heroes (with a capital ‘H’!) Reaper and Soldier: 76 respectively) and growing hostility from the public led to the destruction of Overwatch’s Swiss Headquarters and the ratification of the Petras Act, which deemed all future Overwatch activity as illegal and punishable by prosecution.

Overwatch (the organization, not the game) was officially shut down.

Fast-forward to the Second Omnic Crisis: Winston (gorilla scientist, original Overwatch member, and Hero), is forced to recall the living Overwatch agents—now treated as vigilantes—after a mysterious and seemingly-evil corporation named Talon attempts to steal the agents’ identities and locations.

In a CGI video released by Blizzard, Talon agents Reaper and Widowmaker attempt to steal the Doomfist Gauntlet, a mechanical glove which grants its wearer unparalleled destructive powers. Fortunately, that attempt is thwarted by Winston and Tracer (another former Overwatch agent and Hero).

Talon’s endgame and headquarters are unknown.

The way that Blizzard narrates Overwatch’s story is by revealing snippets of lore. Through digital comics, animated shorts, and digital articles, they allow players to see parts of Overwatch’s historical and present day events, leaving a huge amount shrouded in mystery. Everybody loves a good mystery.

This gap in the lore also allows the developer some flexibility in the release of future playable characters, adding them into some sort of logical continuity. This is a problem Riot Games is currently facing with their continued releases of new “Champions,” having scrapped their original lore premise of heroes fighting in an arena to settle political disputes.

At this time, Blizzard has only released one new Hero, but with the freedom they have through the story’s flexibility, the Hero, Ana, has assimilated herself into the universe seamlessly as a former Overwatch agent and the mother of current agent Pharah.

Being a multiplayer FPS game, Overwatch does not have any cutscenes, nor does it have a single player campaign mode. What it does have, though, are specialized and unique quotes that the Heroes say to themselves and to each other. These quotes can be unlocked either by using in-game currency or at random by opening Loot Boxes. Each quote reveals more of the Heroes’ personalities. However, another type of quotes can be found in the game. These are known as the Special Interaction quotes.

Special Interaction quotes cannot be unlocked. Rather, they have a series of prerequisites that need to be fulfilled in order to be activated. These prerequisites are:

All of the maps that have been released have a place in the game’s lore. The map “Watchpoint: Gibraltar” was an Overwatch base originally planned to be used as an orbital launch facility but was then only used as a hideout for Winston and Athena (an AI-companion program similar to Jarvis in Iron Man and Cortana in the Halo series) after the shutdown of Overwatch.

The Special Interaction quotes also flesh out the relationships certain Heroes have with each other. For example, this special interaction when Reaper and Mercy are together in a match:

Mercy: What happened to you?
Reaper: You tell me, Doc.
Mercy: This is not what I intended, Reyes.
Reaper: You knew exactly what you were doing.

All players know is that Reyes was presumed dead. It’s implied that Mercy attempted to save his life. And now he goes by the name of Reaper and he has a slight problem of my-cells-are-rapidly-decaying-and-regenerating-and-I-need-life-essence-from-other-people . . . -itis. Officially, Reaper’s condition is attributed to a failed reviving or a side-effect of Mercy’s efforts. But hölle, the lines make it seem that Mercy is more sinister than her angelic looks admit. This interaction is one of many that alter the way players see the Heroes in the ever-evolving and deepening narrative of Overwatch.

Blizzard has managed to bypass restrictions in storytelling and character releases by leaving a lot unsaid. Without the existence of cutscenes and the like, and huge amounts of lore still to be revealed, Overwatch is primed for more Heroes to be inducted into their Heroes roster in the future. This still allows Blizzard to place them into the universe’s timeline comfortably. Of course, Overwatch and Blizzard aren’t the only ones who uses the “Create Mystery by Omitting Facts” technique of storytelling. And sometimes developers omit a little too much (Five Nights at Freddy’s, you’re next). However, one thing is certain for Overwatch players: where the narrative takes us next is something that we all have to wait and see.