The Nintendo Switch Appeal: Not Having to Commit 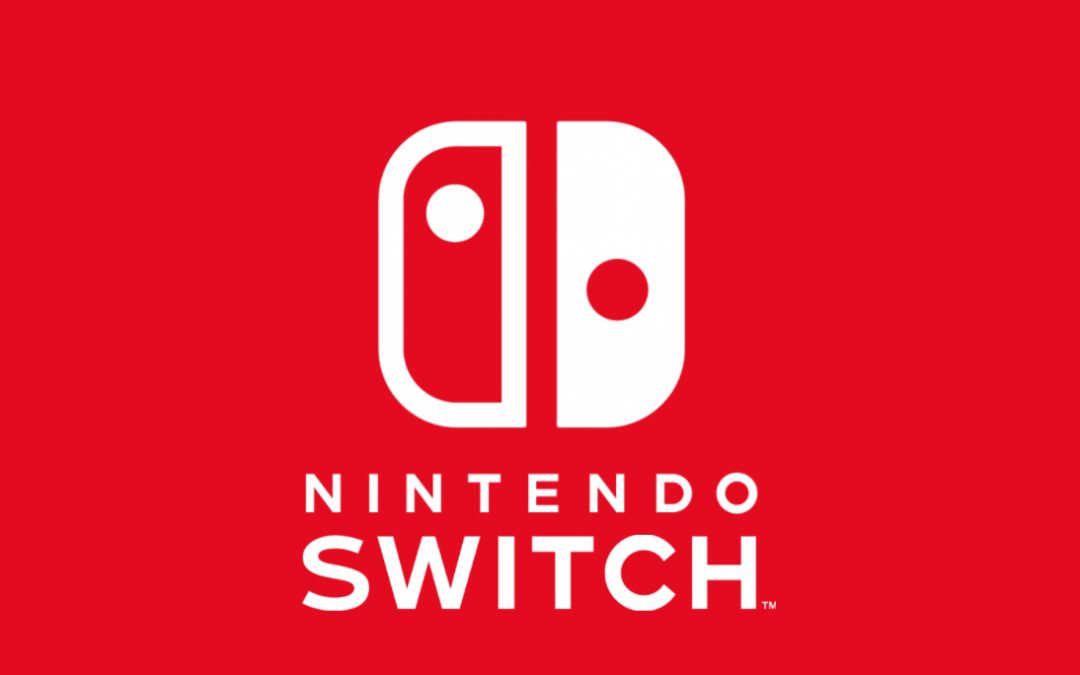 A month or so ago, Nintendo held a financial results presentation for their second quarter of the ongoing fiscal year. During the presentation, company president Tatsumi Kimishima presented the graph you see below, illustrating the playing habits of Nintendo Switch owners. 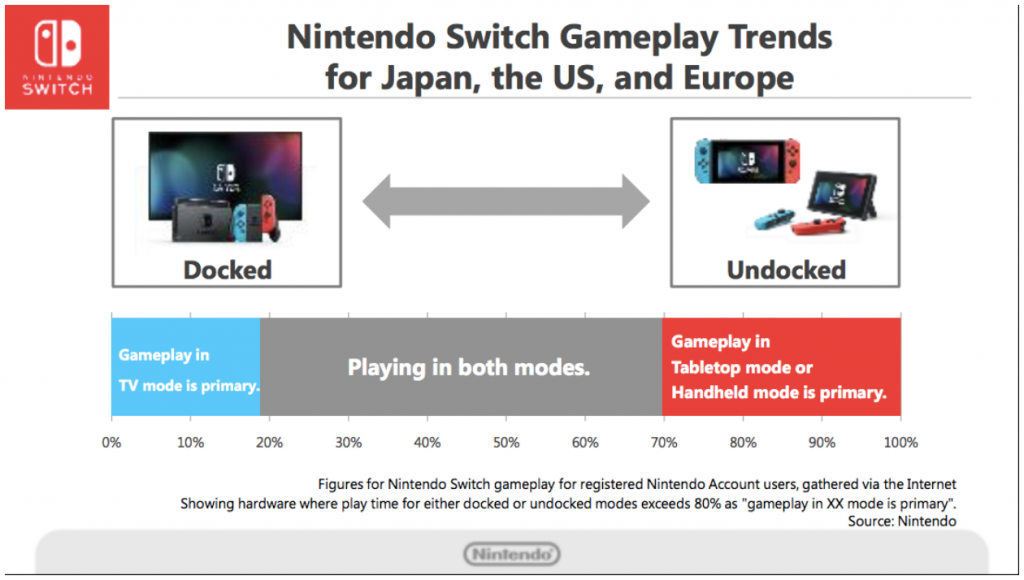 The breakdown is as follows:

Over the years, the argument against portables has taken the form of a number of bizarre statements:

It’s About Not Having to Commit

It’s about the fact that a number of people in today’s world lead very busy lives, whether it’s because of work or family or friends—or having hobbies other than gaming. When you’re constantly oscillating between different things that demand your attention, it’s difficult to sit yourself down in front of a television and want to commit to a game for a couple of hours. Especially when the television in question is shared with other members of your household.

If your only option is to play on the TV, it’s just easier to indulge in something that requires less . . . effort.

Judging by Nintendo’s data, most people that own a Switch understand this. They get the appeal of not having to tether yourself to a TV to get some gaming time in, whether you’re playing for a few minutes before you need to help cook dinner or plonking yourself down for a longer session before bed.

I personally use the Switch in bed, on the couch, attached to the TV, and yes—I did take it with me on vacation last month. I only used it during the flight but I’m glad I had that option available to me.

In my experience, the Switch is having a couple of interesting effects, which I’d like to highlight.

It’s Making Me Try Games I Never Would Have 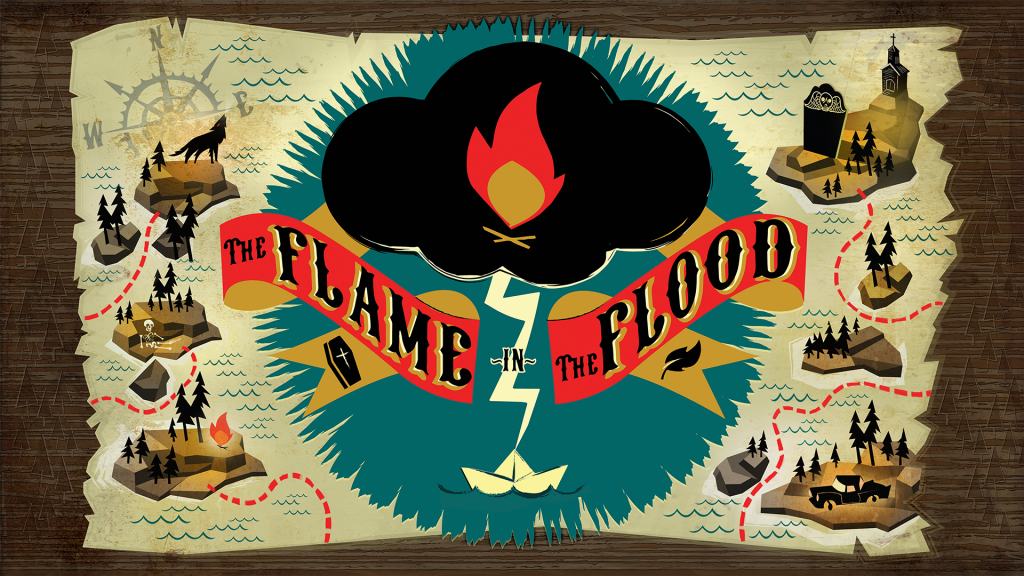 Source: The Flame in the Flood official game site

The Flame in the Flood is a really good example of this. It’s a survival game with rogue-lite elements that involves trying to survive as long as you can. This generally means dying over and over and over. You learn through trial-and-error, and any sort of improvement usually involves a crap ton of Game Over screens prior. This is the kind of game I wouldn’t have dreamt of playing on a console tethered to the TV.

Thumper, for similar reasons, is another such game. While it was developed with VR in mind, I would argue that the portable format is a much more appropriate space for it.

This is an incredibly important facet of the Switch, because it affords its users the opportunity to break out of their comfort zone. When you have the ability to play something when you want, how you want, and for as long as you want without having to worry about boot-up times, occupying the TV, or committing to a game because you went to the effort of starting it up, it feels incredibly liberating.

That game where I died 12 times the last time I played it? Sure, why not. Let’s see how far I get this time.

It Actually Encourages Me to Use the TV More

This is the strangest thing, and I honestly didn’t see it coming. I’ve noticed that I’ve actually begun spending more time playing games on the TV thanks to the Switch, which is something I usually can’t be bothered to do. With the Switch, because I know I can free myself from the television whenever I want, I’m less hesitant to play a game on it.

I first noticed this happening with Splatoon 2. While that game works just fine without the TV, multiplayer matches are incredibly frantic and benefit from having a larger screen to play on. At first, I would play Splatoon 2 in portable or tabletop mode because that’s just how I was used to playing my Switch. Then, one day I docked the Switch to play a few rounds online with a couple of friends, and ended up spending the afternoon with the game.

As weeks went by, this happened more and more frequently. First it was just Splatoon, then it was Flame in the Flood. Now it’s Doom and Rocket League. Spending more time in front of the TV isn’t something that would have come to me naturally—I had to be lured into it, and the Switch did a good job of easing me in and making me feel comfortable with committing.

When the Device Influences the User

It’s very rare for a videogame console to be able to change someone’s playing habits, but I get the impression the Nintendo Switch is doing just that. I could see a situation where five years down the line a whole lot of people that owned a Switch expect all their games to afford them the same level of convenience. This is an exciting prospect, because ultimately it represents an opportunity for more people to engage with games, regardless of how busy they are, and not just on a smartphone. With many popular indie games coming to the Switch, this represents a fantastic opportunity for all indie devs.