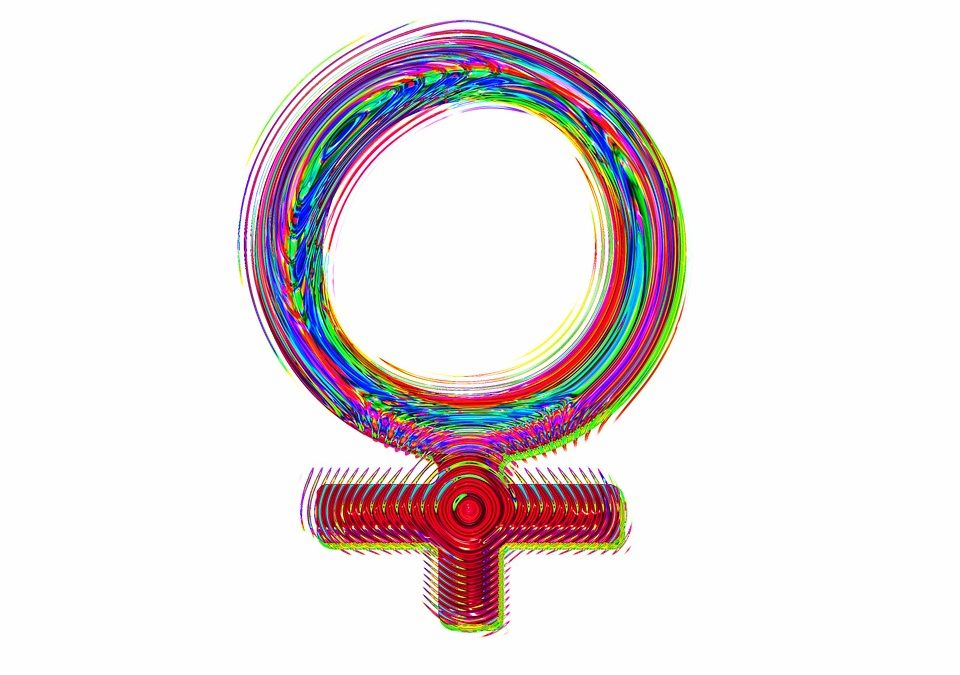 The tale is as old as the gaming industry itself, and is completely overplayed: the lack of respectable female roles in games. No, not the character kind – the developer kind. Because, honestly, there’s way more men in development than there are women. And when a woman says she’s a developer, people tend to assume she makes pretty drawings and follows orders well.

Only, that’s not really the case, is it? There’s a ton of strong females in the industry who not only create art, but direct the art as well. Yes, there might be few, compared to the men, but they can definitely hang with the boys for a reason!

Here are nine examples, out of a sea of qualified developers:

Best known for revamping the Tomb Raider series, Rhianna Pratchett is the prime example of strong females in the industry. She was born into good writing and a keen sense of creativity. Her father, Terry Pratchett was the author of the Discworld book series, composed of 41 novels.

She’s worked on Heavenly Sword and Mirror’s Edge, as well, which of course, all have a common theme: strong female protagonists. However, she’s not all about just girl power. Prince of Persia, Bioshock Infinite, Thief, and Risen are all on her project list, among many others.

The apple doesn’t fall too far from the tree, however, as she also writes comics. The Mirror’s Edge series is one, but she’s also responsible for Tomb Raider: The Beginning, published by Dark Horse Comics. 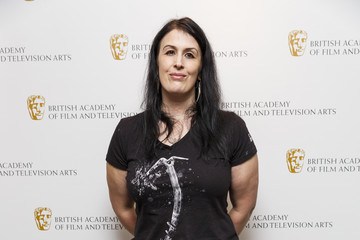 Next up we have Brianna Wu, who co-founded Giant Spacekat in 2009. Wu and her team are focused on creative narrative driven mobile games on Unreal engine. The studio’s first game, Revolution 60, puts badass women at the forefront of an ambitious sci-fi experience. It won a number of awards, including game of the year, and continues to be recognized for innovation in mobile gaming.

Wu is also a prominent advocate for women in tech, known for being vocal about discrimination, particularly within the video game industry. She has recently taken her political advocacy to a whole new level by announcing that she is running for Congress in 2018.

Another inspiring female is the former lead editor at Bioware, Cameron Harris. She hit the ground running. She worked on Star Wars: The Old Republic, Dragon Age: Inquisition, and Mass Effect: Andromeda, to name a few. Based out of Montreal, she edited projects for Nintendo, ArenaNet, and Microsoft.

Just last year, she walked out of Bioware and hung her developer robes at the door, leaving the industry as a whole. Although there is no official statement explaining the bold move, it is clear that the work she left behind will always be a testament to her abilities, and achievements.

She currently works as a senior technical writer and editor. 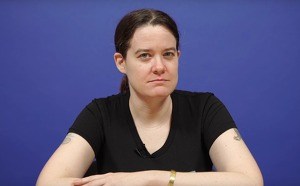 Best known for her work on the Uncharted series, no one ever thought Amy Hennig would leave Naughty Dog. This game director and scriptwriter has worked for Nintendo, Crystal Dynamics, and now for Visceral Games.

Jak and Daxter, the Legacy of Kain series, and the Uncharted series are some of her better known projects, but she is currently working on Star Wars with Todd Stashwick.

She’s made such an impact with her stories that she’s been named one of the most influential women in the gaming industry by Edge Magazine. When players think of Uncharted, they think of her portrayal of Nathan Drake, and the intricate storytelling that made him such an iconic video game character. 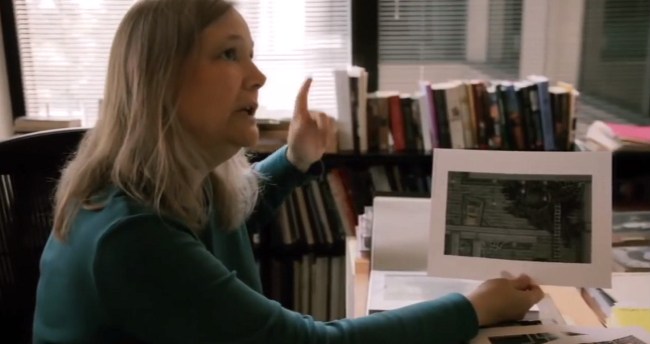 Last, but certainly not least, is Kim Swift. You’d be hard-pressed to find a gamer who isn’t at least familiar with her work: Swift is the brilliant game designer behind the classic indie titles Portal and Left 4 Dead. Portal in particular has been recognized as a game changer within the video game industry and remains a popular favorite even a decade after its release. It was even one of 14 games chosen by the Museum of Modern Art to be included in their permanent collection. 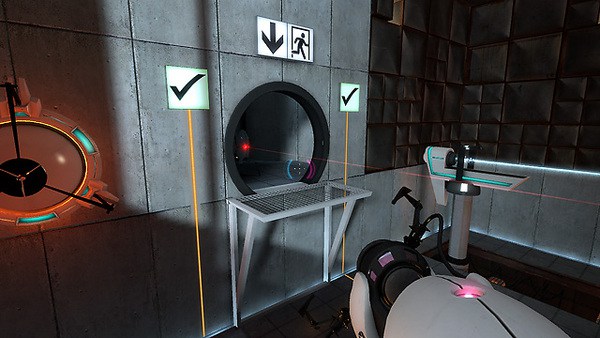 As a result of her work on Portal, Kim Swift was named one of Forbes “30 Under 30” in the gaming industry in 2013, and she remains a highly sought after talent. Swift left Valve in 2009 to join Airtight Games where she led the dev team behind Quantum Conundrum. In 2014, after Airtight Games closed, Swift announced she was acting as lead designer for an “undisclosed project” at Amazon’s internal studio. Most recently, in January 2017 Electronic Arts announced Swift had joined their Motive Studios as a design director for an upcoming project.

These are far from being the only women doing amazing things in the gaming industry, so please shout out your favorite women in game dev in the comments! Who would you add to the list?

DeMarle, the Deus Ex queen, has done many talks on women in the industry, as well as the importance of writers. She’s worked on famous projects, such as the Myst series, and Splinter Cell: Conviction.

Apart from her work as a Narrative Designer, she also has experience working on film writing, having worked with Hollywood scriptwriters. This is pretty evident when playing games she’s worked on, as the dialogue always has an immersion effect that would make any Creative Director grin like a young boy.

She is currently working as a Narrative Director at Eidos Montreal.

Karla Zimonja is one of the three founders of Fullbright, an indie game dev company best known for their award winning debut game: Gone Home. Gone Home is a horror-esque story-based game that was named Polygon’s 2013 Game of the Year and the 2013 BAFTA’s Best Debut Game. In addition to being a Fullbright founder, Zimonja was also the co-creator, co-writer, and artist for the game. 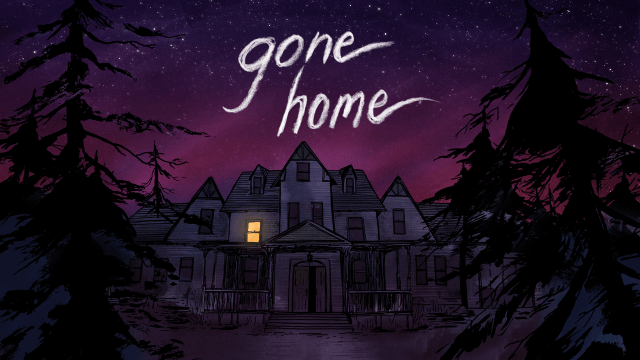 Zimonja is still with Fullbright and is currently hard at work on Tacoma, a game where players explore a seemingly abandoned space station after something has apparently gone terribly wrong. It appears to be similar to Gone Home in that the player needs to piece together what happened, but instead of finding letters, you rewind memory recordings around the ship. Tacoma is scheduled for release sometime in 2017.

If you loved Journey, Santiago might be your God. This Venezuelan-American game developer is both a designer and producer, as well as the co-founder and former president of thatgamecompany. She also created Flow and Flower.

Yes, it seems having a software engineer father pays off! He encouraged her to learn anything she could about computers, and play countless video games growing up. Now that’s parenting!

After the release of Journey, Santiago left the company to pursue other challenges. She currently works for Google Play Games.

Robin Hunicke is the producer behind the gorgeous work of art that is Journey, a game where you awake alone in the middle of a sprawling desert with nothing as far as the eye can see, save for a towering mountain in the distance. As you journey (heh, get it) across the desert you will meet other passing travelers on their own journeys and unravel the mysteries of a long forgotten civilization. Journey was named Game of the Year by Entertainment Weekly, Joystiq, Kill Screen, and PlayStation Life Style to name just a few, as well as receiving a number of awards for innovation and art design.

Since the release of Journey, Hunicke has left thatgamecompany to co-found Funomena, where she is working on a number of promising innovative titles such as Woorld, Luna, and more.

That’s right, these are just nine female developers, out of the countless examples we could have chosen. Combined, these five women have completed well over 30 games. Each of these developers is respected, talented, accomplished and goal-oriented enough to get things done. Whether or not they decided to walk away from the work, everyone can agree that these games wouldn’t be what they are if it wasn’t for them.

So next time you get overlooked due to your gender, remember: females are just as capable as the men. Whatever you decide to work on, the effort will be two-fold, to earn your rightful place. But once you do, you’ll be indispensable.

H/T to Katie Conigliaro for helping to write this article!