Binaural Simulation: How It Benefits Your Game 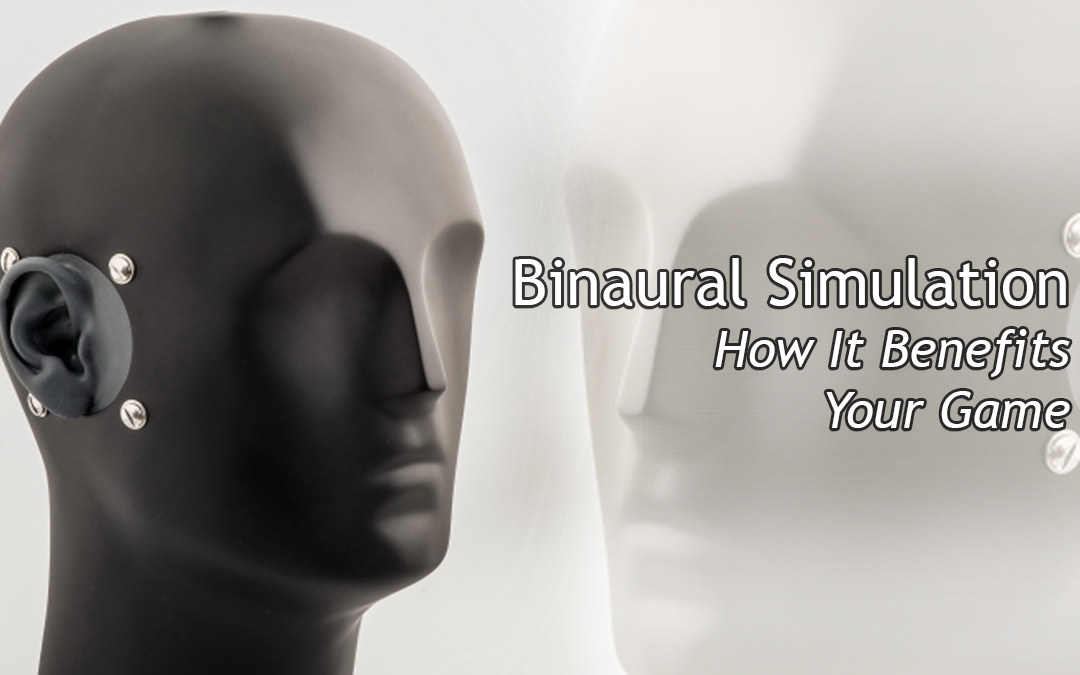 There are various elements that make up the player experience within video games. Visuals, story, level design, and audio all meld collectively to facilitate and assemble an atmosphere that players can enjoy. Each of these elements can be talked about at length, but I would like to focus on what I see as the driving force of game atmosphere: audio.

Audio is a foundation for making a game world believable. You can convey emotion to a player, build up soundscapes to flesh out the game world setting, and create an ominous sense of dread, all without lighting up a single pixel on the screen. In addition, certain applications of audio help the player in very practical ways.

Whether it’s an independent dev team or a large AAA studio, audio, such as objects, NPCs, or sound effects, within games is usually recorded through one microphone. Post-production allows for some directionality to be implemented and can sound quite good (just look at the sound design in Overwatch).

As opposed to regular audio recording methods, Binaural recording requires two microphones positioned similar to a pair of human ears. This allows for a greater amount of accuracy and positional sound to be captured. The difference with this method compared to standard recording methods is that with the extra data being captured, the game now has a much greater range of audio captured, allowing for more options in development and a potentially better overall product.

3D sound—and more importantly binaural audio—helps a player immerse themselves deeper into a game and can provide crucial context clues to inform the player on what they should do. This also doubles as a tool since game audio is positioned as it would be in the real world in alignment with in game player position. It has been used more often in recent games and is making a comeback.

The workload for binaural audio, however, is much greater and sometimes costs more. Still, its application is appealing for developers due to the higher quality of audio that will leave a lasting impression on the player and can assist in grounding the gameplay experience.

Many games use audio to detail a game’s world and what exists in its surroundings, sometimes being used specifically so that the player can pinpoint where important things are. A game that does this perfectly is Sniper Elite 4. The game supplies the option for players to use a headset with a binaural option so that every sound in the game is positioned in alignment with the in-game character.

So important information—whether it’s enemy footsteps, explosions, the sound of planes soaring above, or a couple of Nazis arguing in German behind a wall beside you—can be pinpointed based on the audio due to the increased accuracy of binaural simulation. Its application is important especially when your game poses a challenge to players, and this is nowhere more true than within Sniper Elite 4, as there is an option to play with no user interface or gameplay assists. The player must then rely on audio cues from binaural simulation. The audio itself becomes a tool to be harnessed by the player.

One downside to the use of binaural simulation is it may require a slightly faster CPU than the game would need compared to standard audio. Sniper Elite 4 goes about this by having the option to configure how audio is played back, so in game there are options to switch between standard speakers and headsets. Binaural simulated audio is useless when playing back game audio on speakers, however in rare cases the same effect can be configured to 5.1 or 7.1 systems—it’s just not as easy due to the multiple speaker configurations players could have.

The release of Hellblade uses binaural simulation and is a must for the full game experience. Ninja Theory’s intention was to simulate the mental status of the protagonist Senua, since Hellblade tackles the subject of psychosis. The protagonist experiences hallucinations and hears voices, so with binaural simulation, the developers are able to design an audio feast of sorts to give the player a unique experience in this game. The audio design surrounds the player and is extremely immersive, instead of being designed to be used as a tool for gameplay, it is used to present various emotions and build a sense of dread that aims to further engage players.

All of Hellblade’s voiceovers are recorded using the binaural method. In contrast to Sniper Elite 4, Hellblade is designed for two-speaker stereo only with a headset configuration. Once the game runs with a different configuration, the intended effect is more or less lost. While some might consider this a flaw, experiencing Hellblade as the developers intended is a truly engrossing experience. 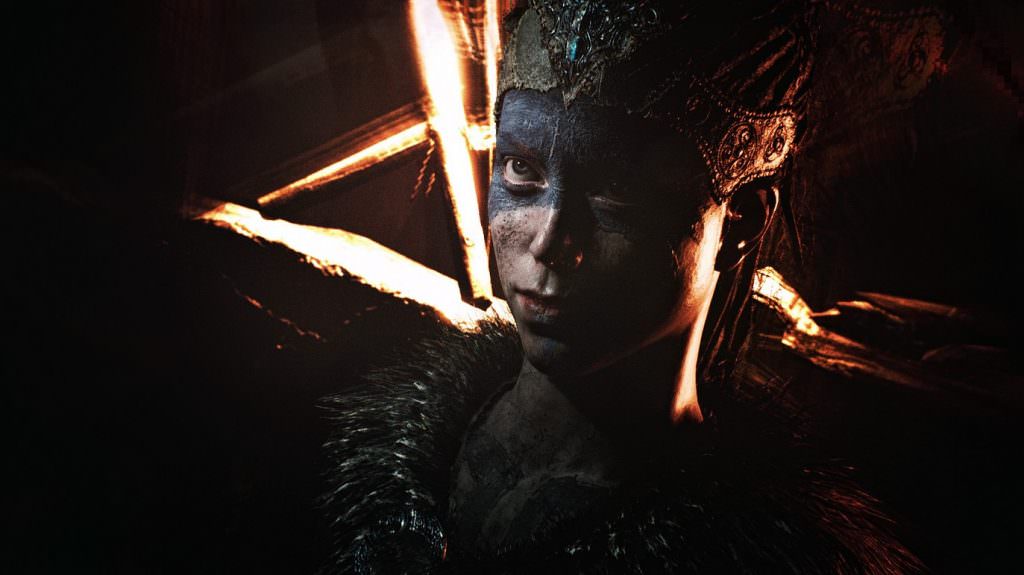 The majority of players use their eyes far more than they use their ears, and it is often that graphics make it as a review category over sound. Audio usually takes a secondary role within game development, as a good-looking game can be more palatable and more easily marketed.

Unless, of course, if your gameplay or story directly benefits by this audio recording method as described in the above examples. 3D/binaural sound is extremely powerful but tedious in its implementation due to the extra work needed for it and its specific uses that many developers can easily go without.

However, as I also mentioned, using binaural audio recording is really only suited for two-channel headsets and the range of audio configurations that players can have is enormous. Not everyone uses stereo headsets and not everyone even uses headsets. Some people use software assisted audio (virtual surround), some use soundcard enhanced audio, and others use 7.1 surround.

Locking down your audio to a specific setup can be a risky decision, unless you as a developer can find a way to design your game to have an option for binaural audio (like Sniper Elite 4). Due to various difficulties and player preference, binaural audio brings along a risk when implementing it into a game, because any Binaural audio played back on standard speakers or anything other than a headset loses the intended effect entirely.

Did you enjoy this article? If so please spread it around on social media. We’d love to interact with people from the industry and branch out to make connections. Our Twitter is located here.