The Top 5 MMORPGs of All Time 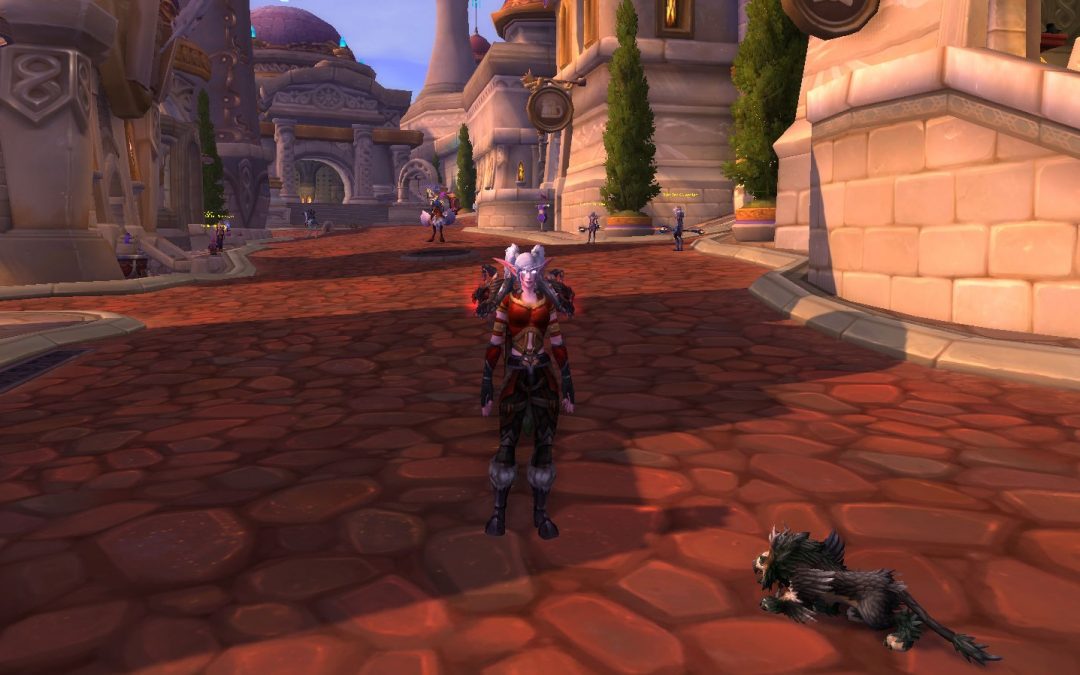 First thing’s first, this list is strictly all about MMORPGs. The reason for this is that there is just too much controversy over what the term MMO entails. Yes, MMOs are massively multiplayer, and yes, they are played online. They come in several forms, including FPS, RTS, RPG, etc. What MMOs do not include are MOBAs, traditionally 5v5, 10v10, or even 15v15, meaning they are not massively multiplayer. Many websites, even the likes of Superdata, include MOBAs in their statistics, because they are free to play, include cash shops, and they are online games that generate a lot of money, like League of Legends.

Now that we’ve gotten that out of the way, it’s time to dive into the top five MMORPGs of all time. Some of these are on the list because they have changed the industry, and generated astonishing revenue. Others are listed because they’ve done something revolutionary that has altered the course of the MMO genre as a whole. These five selections are in no way the only successful MMORPGs out there, as Lord of the Rings Online isn’t on the list, despite being an amazing game. These are simply the most talked about, played, and financially successful ones.

MMOs are a huge risk for publishers. They’re expensive to create, they require more time than your average game to develop, and well, there’s no telling if all your hard work will pay off. Hence why so many MMOs are F2P these days.

Well, a huge part of all of the mess in the genre is attributed to World of Warcraft. This MMORPG was released in 2004 by Blizzard Entertainment when graphics still looked like this: 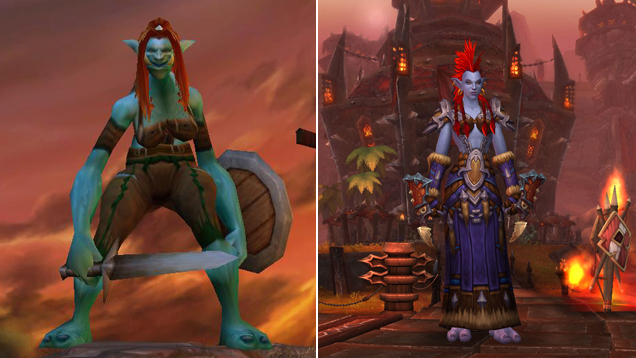 Clearly, there have been a few changes. In 13 years, WoW has managed to essentially kill the genre and force it to come back completely different. Why? Because it’s had 13 years to get things right, then wrong, then right, etc. The quality of life is so good, despite its flaws, that it can still charge $15 per month and get away with it. Other up and coming MMOs know this and don’t try to compete anymore.

At its best, WoW had 12 million subscribers, which was roughly $180 million per month in revenue. These days, it has about 10 million, which is still a lot, but less than before. Note, however, this is normal for an MMO with expansions. After an expansion has been out for a year, some players drop off only to return the following year, when the new expansion ($39.99) comes out.

So, to recap, between monthly subscriptions and expansions, Blizzard makes a few billion a year. That’s not including all the merchandising revenue, let alone that from its digital store, which lets players purchase mounts, helms and pets.

By now you’re wondering what on earth the game did to change MMORPGs forever, so much so that new ones have to be F2P. Well, a few things. Writer for Business Insider, Alex Perry, summed it up quite nicely:

Released in 2012, this MMORPG only has 5 races, but that might change in the future. There are 8 playable classes. And yet, because ArenaNet kept things to a limit, they offer more customization than WoW. Hair styles and colors, skin tones and piercings, they’re all there.

Highly discussed online, GW2 has a trait system that beats WoW’s talent approach. It’s more in-depth. Character receive their first trait at level 11, then earn one more point with each level thereafter, for a grand total of 70 trait points by level 80. Players can enhance skills, while unlocking minor and major traits.

Also much like WoW, players choose 2 professions (8 to choose from). However, unlike WoW, GW2 rewards experience for items players craft, and sometimes that reward is enough to really boost.

Of course, WoW still beats GW2 on things like questing. The witty, funny text so commonly found in WoW is just now a feature in GW2. WoW also has over 300 mounts, which puts GW2 questing transportation to shame.

Alright, enough compare and constast though. Let’s take a look at Guild Wars 2 as its own entity. Why is it on the list?

ManaSpell, a YouTuber with tons of insightful videos on games summed this up quite nicely. Every point he makes are actually points echoed throughout the internet, so pay attention. If you don’t have 20 minutes to spare, don’t worry, we give you the rundown right below. 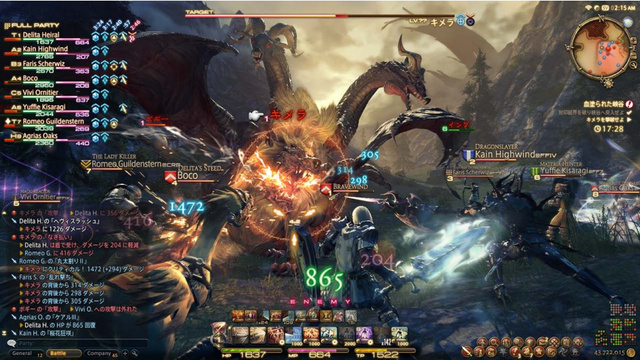 Developed by Square Enix, this MMORPG launched in 2013. All in all, it’s been regarded as a success, one that addresses the failures of the original version. It features a 9/10 on Steam, as well as an 8.6 on IGN. This should explain why the game topped six million players just last year.

Naoki Yoshida, producer and director for the game had this to say about the revamp:

“With the release of A Realm Reborn, we changed literally everything about FFXIV. The game itself changed but other elements, such as server stability, convenience in forming a party and storyline, were altered the most. With all the alterations, FFXIV became the title that can meet the expectations of being the latest title in the Final Fantasy series.”

The latest expansion, Stormblood, has gotten rave reviews both for being innovative in design, and for being approachable for new players. This is largely attributed to the fact that it’s a new beginning in story and design. It’s visual, and community focused.

This game is on the list because the Square Enix team did something few studios do these days: listen. The team spent five years developing a game that failed, so they went back to work and made the changes that everyone clamored for. And as a result, it became a super popular MMORPG. 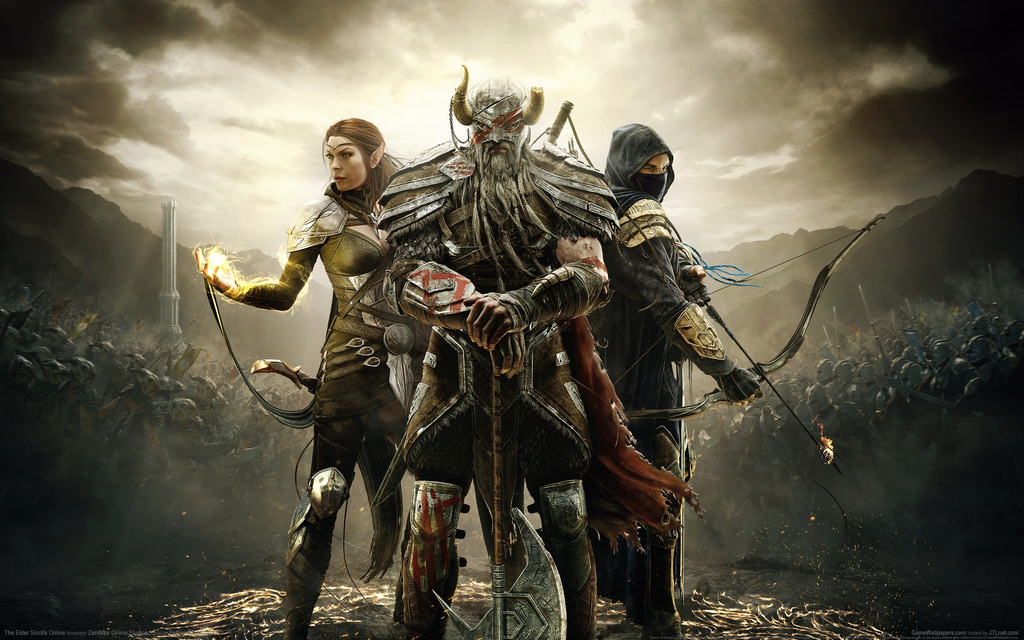 Developed by ZeniMax Online Studios, ESO gives players the ability to run around in a very Elder Scolls universe!

Now that being said, it wasn’t always like this. When it first launched, it was a buggy mess, and personally, I could barely leave the starter area as a particular bug made it literally impossible to progress further.

Well, for one thing the game appeals to many types of gamers and gives them different ways to play, all while staying true to the Elder Scrolls lore. Also, it is perfectly aware that it is not exactly like other MMOs, and it’s not looking to change that. Unlike other MMOs, you can play this one completely solo, if you’re so inclined. If you want to do a bunch of dungeons and group bosses, you can also do that. The development team doesn’t impose on the player, telling them how they need to play the game.

More so, it’s a great game to pick up if you’re not an avid MMO player. Anyone new to the genre would find themselves experimenting at their own pace. That being said, hardcore, old school gamers might look at this game and rant online about how terrible it is, mainly because of these unexpected, nontraditional changes. People are creatures of habit after all.

The reason why ESO is on this list is simple: it’s proof that you can create an MMO that breaks the mold, and is still successful. It will take a while for players to really give this game the praise it deserves, but the time will come. Stay tuned. 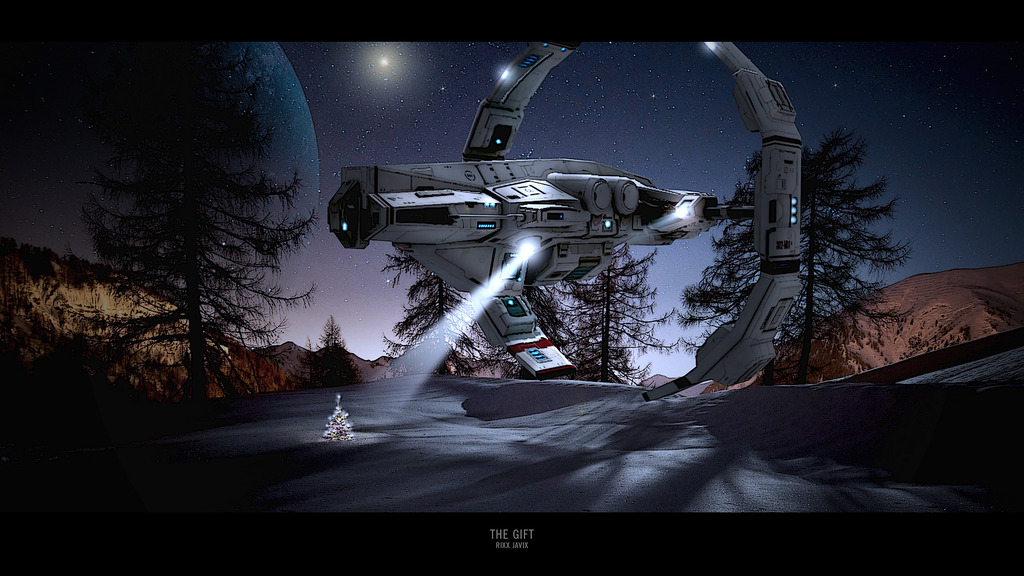 Launched in 2003, CCP Games’ EVE Online has gone down in history as one of the most recognized names in the MMO genre. And because it’s been around for 14 years (a year longer than WoW), it’s gone through a lot of changes.

A lot of changes.

And as a result it’s basically the world’s largest living work of science-fiction. If that’s not appealing, then nothing is. Oh, maybe just the fact that you can have large battles.

This should come as no surprise. Kotaku writer Riley MacLeod explains it all well when he states:

“EVE Online is a complicated game full of politics, subterfuge, and grand-scale wars. Factions rise and fall, corporations are overthrown, and you don’t have to play the game to know that a lot of what’s going on in it is really cool.”

There is even a narrative account on how the game went from a rise in governments and political icons in 2003, to war in 2009, essentially throwing players into the most expansive internet conflict known to man.

Clearly, the main audience for the game was the hardcore player base, but things seem to be changing. The game has been going through turbulent waters with some balance changes that have hardcore players lashing out, and even sending obscene items to developers in response.

So why is this game on the list despite controversial changes? Because it’s even older then WoW and it’s still around. Because it’s the longest science-fiction work ever. And also because “it’s more than just spreadsheets in space.” It’s a game that is heavily studied by psychologists as a model of real-world issues. With its sandbox approach, it’s managed to challenge and teach players every step of the way, making World of Warcraft look like kiddy gameplay, with a carrot as bait.

What This Means for You

There you have it, five MMOs that have changed the way we all think of MMORPGs, and have altered the course of the genre. Long-standing games, newer games, and just plain financially successful ones too.

And this shows us that to create an MMORPG before, during, and after WoW isn’t a thing of fiction. Despite it’s reputation as being the MMO killer, all World of Warcraft did was kill what the genre had meant up until that point. While it provided a more hardcore experience once upon a time, it went ahead and wiped the slate clean, allowing other games to define the genre into something new and more approachable.

So if you have an MMORPG idea, don’t shove it into a drawer. And don’t assume it has to be perfect upon launch either. Every MMO with limited resources starts off small, then builds on it.

If you enjoyed this article, don’t hesitate to let us know! We love making new friends here at Black Shell Media, so don’t be a stranger!