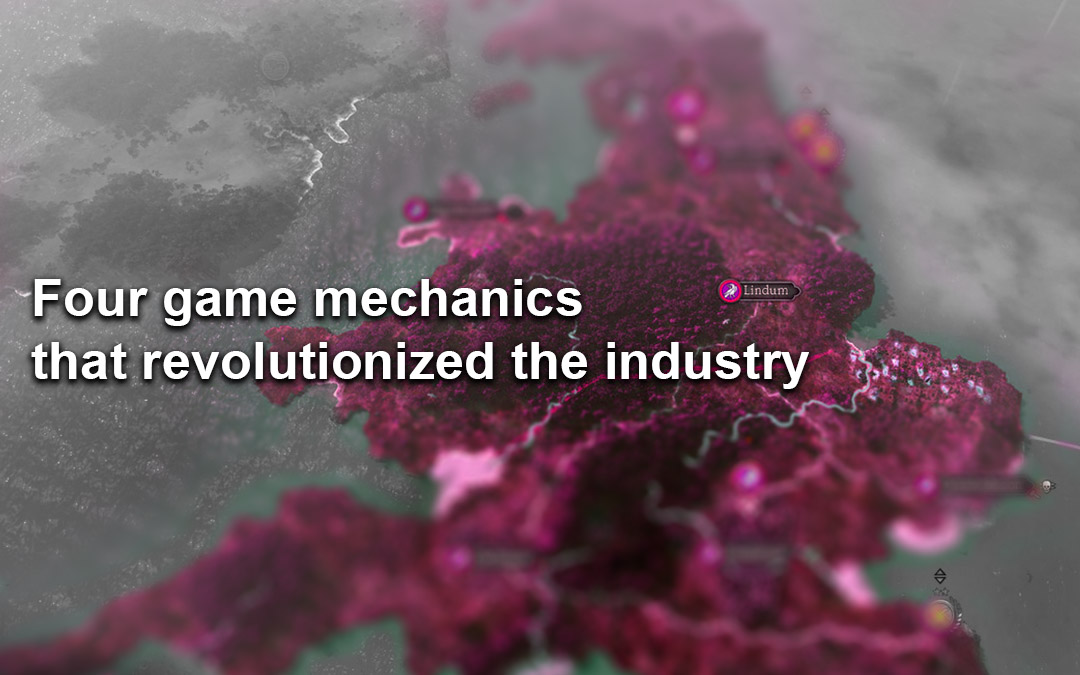 Throughout the evolution of video games there have been major milestones with the development of game mechanics. As video game development progressed, developers would emulate, tweak and refine mechanics other developers used. This is nothing to frown at as some might call this copying ideas but the road to innovation for the game industry required this to happen often. For example, when the fog of war element was introduced in strategy games it was implemented countless times afterwards and to present day. This is but one of many examples I want to discuss in this article. Let us begin!

The ‘fog of war’ is a term for the uncertainty that can be experienced by soldiers and military personal in war or tactical operations. The idea of a fog of war has been used in video games and even in board games using block wargaming. This is where wooden blocks are used to represent units; one side is labelled and one side isn’t. Within video games a fog of war has been emulated mainly within the strategy genre. And funnily enough it has been done literally with fog. However the earliest use of this mechanic was in the late 70’s with games such as Empire & Tanktics.

Of course due to hardware limitations actual fog was not used in games like Age of Empires; instead, the map would be blacked out until you traveled to those areas. Once you have traveled to an area you will see its layout but will not see enemy units unless you have units of your own in the vicinity. In later games, actual fog was used as a visual element for the mechanic. The mechanic is primarily scene in strategy games but has been used partially in other genres and sometimes elements were changed to adapt for different perspectives, such as in Paragon (fog walls/barriers). 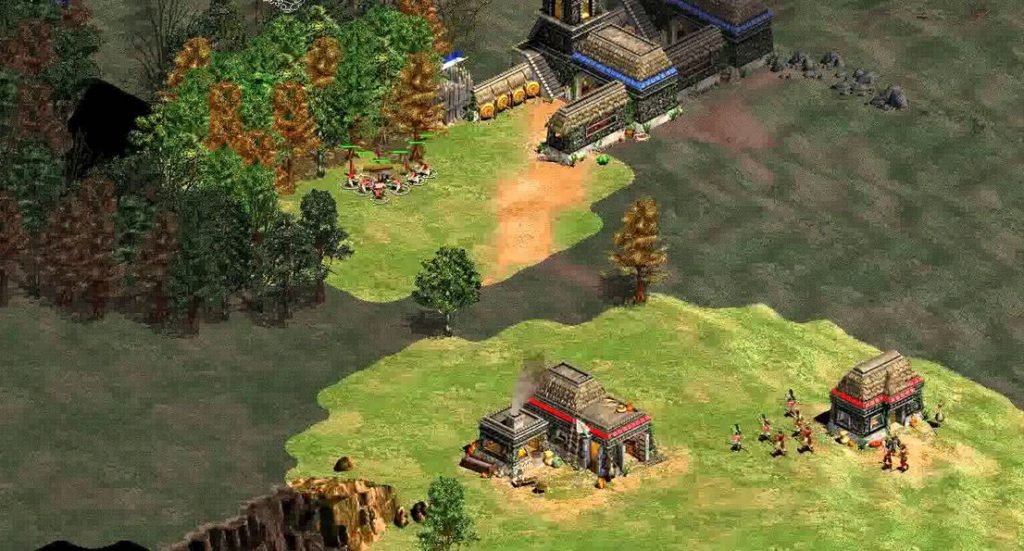 Layout remains with the greyed out sections, and in highlighted areas you will see enemies appear.

Now I reckon before you read this part of the article you could probably guess which games I will mention. However, it is for good reason, as these examples are key for people who want to emulate these mechanics for their own games.

I will start with the fighter genre, where parrying is more than simply blocking an attack. The intention behind it is to evade damage from an opponent and leave them open for a counter attack. Parrying and countering were used in games like Street Fighter 3 and 5. Similar elements were used in recent games such as Dead or Alive 5 Last Round, with counters being of key importance for competitive play. The aim for these mechanics is to deepen combat by allowing a skilled player to circumvent any dangerous situation they may find themselves in. These mechanics are easy to learn but hard to master.

Parries and counters are used in some other more notable games such as the Demons Souls and Dark Souls games, and also Platinum Games’ library of titles. Dark Souls, for example, uses parry and counter mechanics, also known as a riposte, toward an enemy. The parry is initiated by pressing a button at the right moment when receiving an attack. This will then leave an opportunity for the player to land a riposte inflicting huge amounts of damage. The elements of the counter in games like Metal Gear Rising or Transformers Devastation will have the player initiate a single attack against the opponents attack cancelling out damage and leaving more opportunity to strike the enemy. The Legend of Zelda: Breath of the Wild also has this feature where you can parry with your shield; this is especially helpful when figuring out how to kill Guardians!

These mechanics have become such strong elements of their genres that when a game doesn’t have them, the game will be disliked automatically by many players. Players will actively look for these features. I think this is great, but as long as the progression of these elements is tweaked and strengthened as much as possible we can keep innovating and improving.

The ability to create items as a mechanic has been done to death within gaming to varying degrees, but it is a mechanic in many genres that has stuck and rarely shifted at all. Sometime crafting will be featured as a minor addition and sometimes crafting will be the main element of a game. The earliest use of crafting was seen in cRPG games like Neverwinter Nights.

Crafting has been adapted to almost every genre as of today, and for good reason. Players tend to find creating something from other items super addicting, and it makes sense—being able to upgrade gear and create awesome tools from miscellaneous parts is awesome. This mechanic can even evolve within a series of games. A great example of this is within Fallout 3 through to Fallout 4. Crafting began as a very basic addition in which you find resources, put them together in a menu and create a new gun or special item without much variance in the progress. Fallout New Vegas used a similar method to craft, however tweaked to make it more enticing for players and more simple when managing what you were able to craft. Finally with Fallout 4 crafting was built up further with much more customization to satisfy the imaginations of more players. The freedom of choice and freedom to create guns that you want is super exciting. 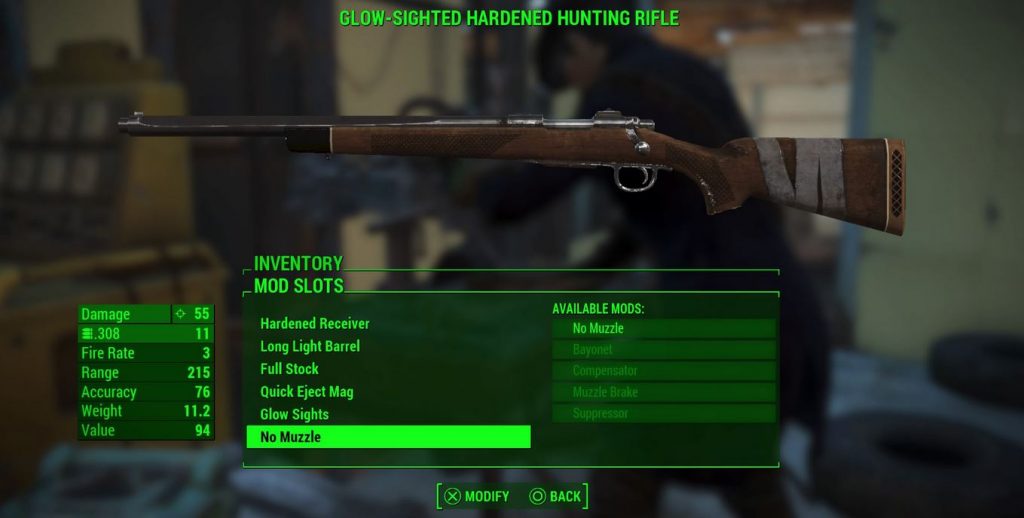 There are multiple layers of modifications/crafting options within Fallout 4, allowing for a lot of variance between each playthrough and each player.

Every MMO features crafting and is a staple in this genre, however sometimes it doesn’t feel like what you create carries enough unique properties. Sometimes crafted items are used as a solution to a quest or will only last you 2 or 3 hours of game time until you discard or store the item away for good. I think a great use of crafting in a online game with MMO traits would be Warframe. Each crafted item has a set list of ingredients dictated by a blueprint. Each time you craft an item it will have a wait time but once this wait time is over the item you create with have a certain significance. The best way to explain this is in reference to Weapons and Building Frames. A crafted weapon within Warframe will likely become a part of gameplay time for hours upon hours. By the time a player gets bored of it they will know the ins and outs of it and understand how best to use it for each gameplay situation. This holds true for the Frames you build. Each frame normally can be bought with real money (designed as a shortcut) but due to the effort of finding the blueprint and resources to build one the player will have a certain amount of dedication to obtaining it. Once the player obtains the items it becomes a big achievement milestone for them.

Aiming Down The Sights

This one is likely one of my favorite mechanics that has become something I expect to see for the appropriate genre. When First Person Shooters were popular in the 90s and early 00s, aiming at things either used hitscan/autoaim with no gun viewmodel movement, or mouselook with a crosshair with no movement of the gun model. With the turn of the century, developers started adding the ability to aim down a weapon’s sights. This was seen early on in games such as Operation Flashpoint and even third person games like Metal Gear Solid 2. Sometimes earlier games would use RNG to decide where rounds land in a general direction you were looking at, but with aiming down sights, you have the ability to specify where you fire a gun. This allows developers to add in realism with many weapons in shooters by allowing players to aim with the sights, and allowed other factors to be worked on, such as how a gun reacted with engine physics. In some games, hitscan was removed and projectiles were used. A more modern example is the Sniper Elite series. Each round fired is a projectile and factors like wind, distance and bullet drop are applied. They also used projectiles for the X-ray system where rounds tear through bodies with gruesome detail. 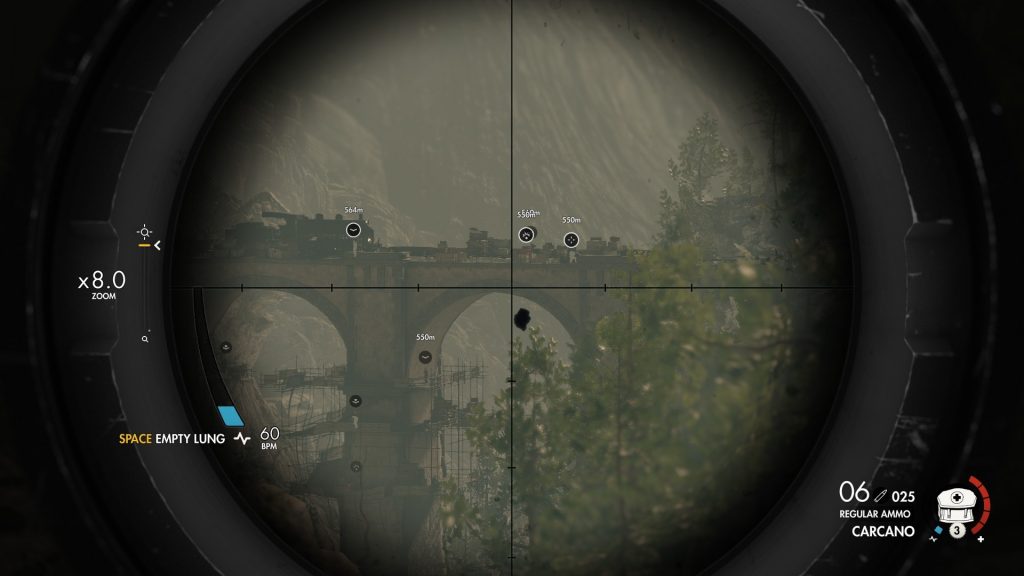 A developer can expand their game’s feature set if they use ADS, however if they want to stick to a retro arena shooter then ADS may not be the right choice.

This is essential for many shooters but there are exceptions and this can be with more retro styled shooters. Unreal Tournament 4/Pre-Alpha is a great example. This game uses projectile weapons but still uses fixed models with an aim down sights mechanic.

Video games are made out of a set of mechanics that dictate much of what a player is going to experience and do. The mechanics that define your gameplay will probably share similarities to past titles. Learning from other titles and the good and bad aspects of those games is key to perfecting what developers make today. Sometimes new mechanics will kickstart an entire sub genre of games for years after, and sometimes mechanics are simply expected to be a part of certain types of games.