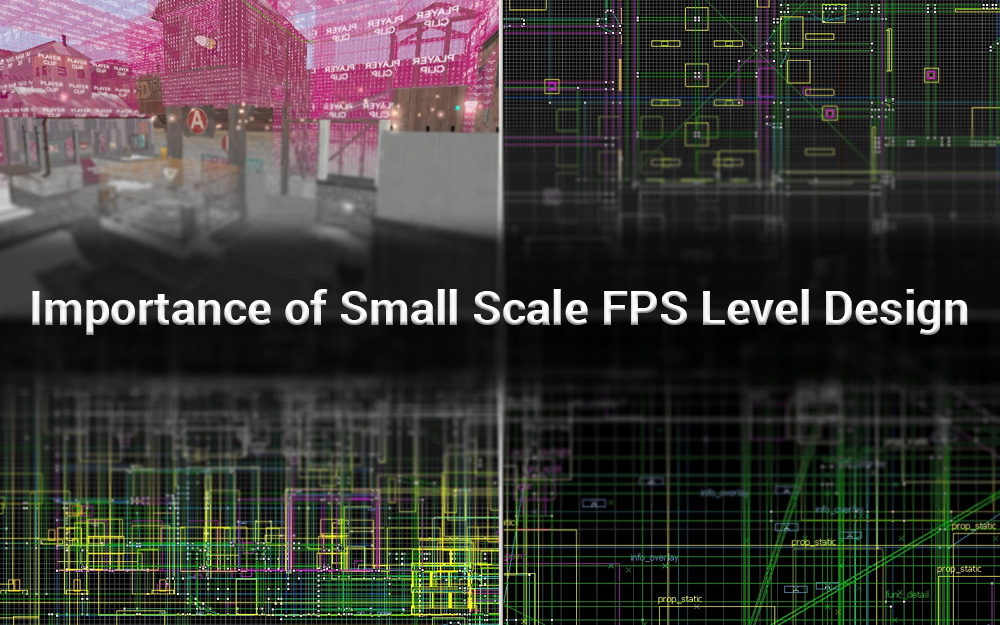 Today, it’s rare to see variance in multiplayer FPS level design. Many maps tend to replicate grand scale locations or emulate the real world itself. It’s fine to have large scale maps, but sometimes it’s hard to balance or is not appropriate for all types of gameplay. Although a lack of small scale map design may send a confusing message to newer generations of developers, to those who were not around to see games like Counter Strike, Quake, or Unreal Tournament in the height of their popularity.

Scaling Back from the Norm

There is a lot of theory you can go through on level design, the in’s and out’s of how you can go from basic flat planes to elaborate constructions and environments with their own soundscapes and scripted interactions. A recent game has taken a step back from grand scale designs and reeled in on its overall size. Rainbow Six Siege has done this but kept with modern mapping conventions by adding excessive amounts of detail and visual fidelity. With scaling down on their map size, in conjunction with their engine, they have opened a world of possibility for their game but also the future of other games. I believe it sends a strong message to people creating competitive first person shooters. Taking away the destruction/tech elements, this small scale map design harkens back to classic competitive FPS games.

Siege works with layers and verticality. In saying layers, I refer to the various partitions between each of the players and how interaction can change those partitions and how one can traverse between them. Most of the game’s locations are based on a complex in which one team fortifies sections whilst the other team has the objective of infiltration.

Sight lines in any multiplayer first person game are extremely important to the player. Having too little or awkwardly placed sightlines in-between structures/obstacles can create confusion whereas if well placed can amount to a positive yet impactful experience. Rainbow Six Siege does sightlines extremely well, but the only reason for this comes down to the engine and how levels are constructed. Every surface has a different way to be penetrated. You can penetrate dry wall, concrete, and even fortified walls. On top of those you can even blast away the ceiling and or floor to reveal sightlines above or below you. Sightlines can count as exposed parts of a wall in which a player can enter but you can also have walls in which they cannot be passed due to metal foundations and framework but still can be used to engage an enemy. With all that said, even fortified walls and floors can be infiltrated with thermite charges that cut straight through metal allowing yet another exposed pathway/sightline.

With these level design mechanics, an artist can construct a level or even part of a level that can have an endless amount of gameplay possibilities. With destruction like that seen in Siege, it takes what Counter or even Unreal had to the next level, taking fixed levels to dynamic ones that can change as you play. Battlefield 3 for example has destruction also, but it still has a level of fixed destruction. Siege, due to the smaller scale, can pack in more dynamic and accurate destruction. 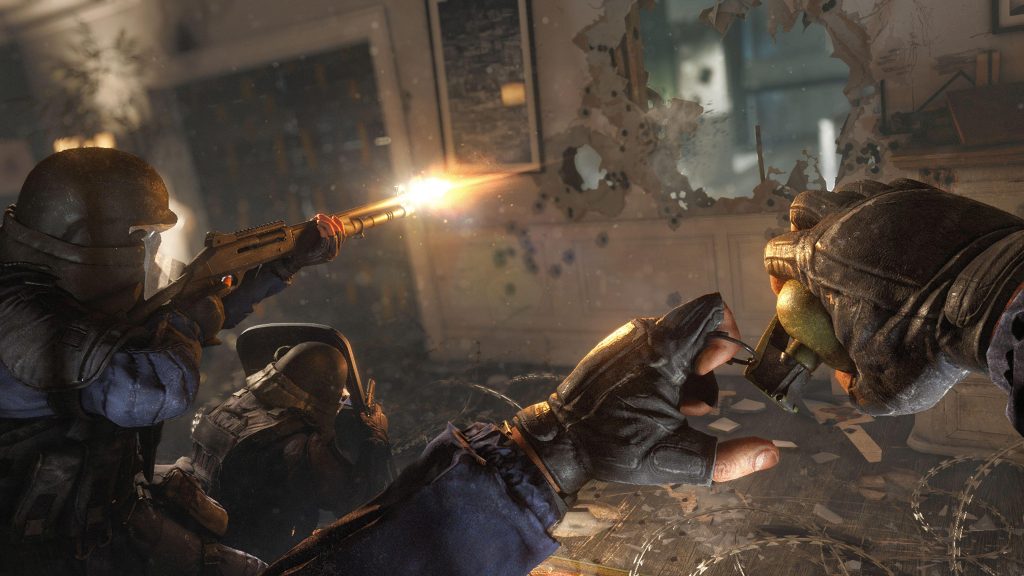 (Rainbow Six Siege) Even though this is a marketing shot it is very true.. walls can be busted open fully to reveal sightlines whether they are shot at or blown up with explosive charges. This needs to become a norm for games that are based in realism settings going on into the future.

The one glaring issue with larger scale levels is the need to spread out the gameplay over longer distances, you will encounter smaller packets of action, rather than keeping that contained and consistent in player experience. Larger maps will therefore have sections in which players never or rarely encounter each other, even if the map uses vehicles. Siege and even older arena shooters keep the action closer due to smaller level scale, but with that comes a more consistent gameplay experience.

Smaller scale makes it much easier for the map designer to adjust for player behavior whether there are campers or people at long range. You can design for differing game modes without too much sacrifice to the overall construction of a level. You can of course like I mentioned setup sightlines, but also think about how strategy comes into play dependent on game mode. Another design point that will come up in smaller maps is symmetry: some designers will design a symmetrical map that works better for balance, but others may create an uneven design in which it may be easy to navigate but harder to balance gameplay for.

Large scale maps in Battlefield. There is nothing wrong with emulating a warzone, but it will be hard to balance every inch of that map to give a consistent gameplay experience.

Don’t get me wrong: all these processes can be implemented into larger scale map sizes that we see in other games but my point here is that within smaller map design, you are more likely to create a consistent gameplay experience that will leave an impact on the player. Maps like this leave a lasting impression. I do not play Quake 3 Arena anymore, but without trying I can remember the layout of many of the maps from that game and the experience I had while playing on those maps. This will happen if your map is well designed and creates consistent gameplay that constantly hits the mark.