Andrey Fomin: I’ve developd games for 15 years, releasing my first commercial game, Puzzle Inlay, in 2002. Since then I’ve released 32 games. The complete list of all my games can be found on Puzzle Lab’s website!

AF: The size of the team has varied greatly. It was seven people when we developed puzzle games, and we increased to 30 people when we worked on Hidden Object games. Now, it’s just five people.

AF: I have degree in math—a PhD actually. It definitely helps me a lot in different stages of development. For example, I calculate all the analytics for games by myself on the server. 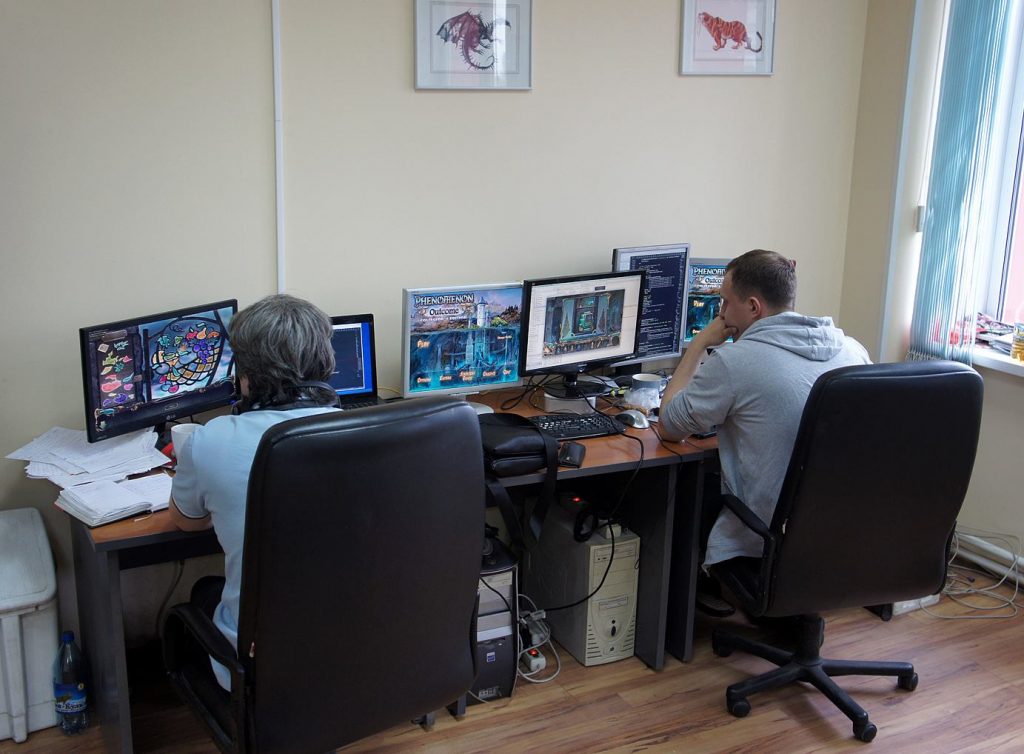 AF: Proto Raider is my first retro game. When I started to learn computers 30 years ago, they all had alphanumeric monitors. And now, I’ve made a game in text mode as an homage to those times.

AF: For several years, I’ve wanted to make a game like this It’s not commercial enough to include in our development schedule, so I had to do this game by myself in what little free time I had—and I did!

AF: The first levels of the game were just characters in text editor with monospaced font. Despite the limited graphics, you could already imagine how to pass the levels.

AF: The main challenge was finding the time! I thought that the best time would be during vacation . . . but not all the members of my family agreed. 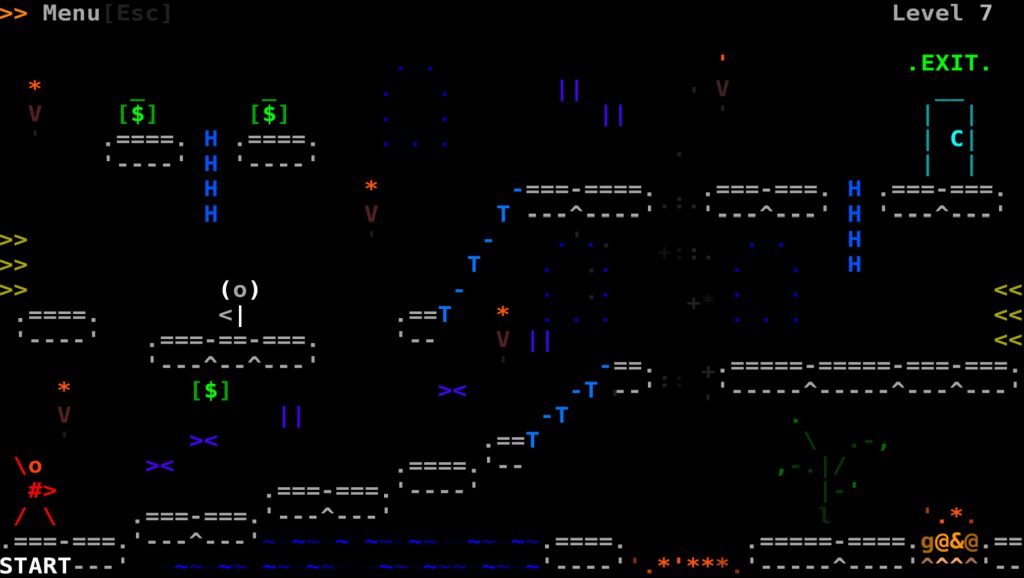 AF: I honestly love absolutely all parts of game development, but my most favorite part is receiving positive feedback from players after release. I love to read comments like: “Proto Raider gave me back my 1997. I cried like a girl, impressed by [the] design and music. But I have to gather strength and go through all the levels. After all, I’m a man.”

AF: Despite the fact that I’ve just turned 40, I live for today. And today I want to make another game in text mode, but in the Sci-Fi style. If you’re interested, join the development process on our Facebook group!