Gaming for Reality: 6 Gaming Nonprofits You Should Support 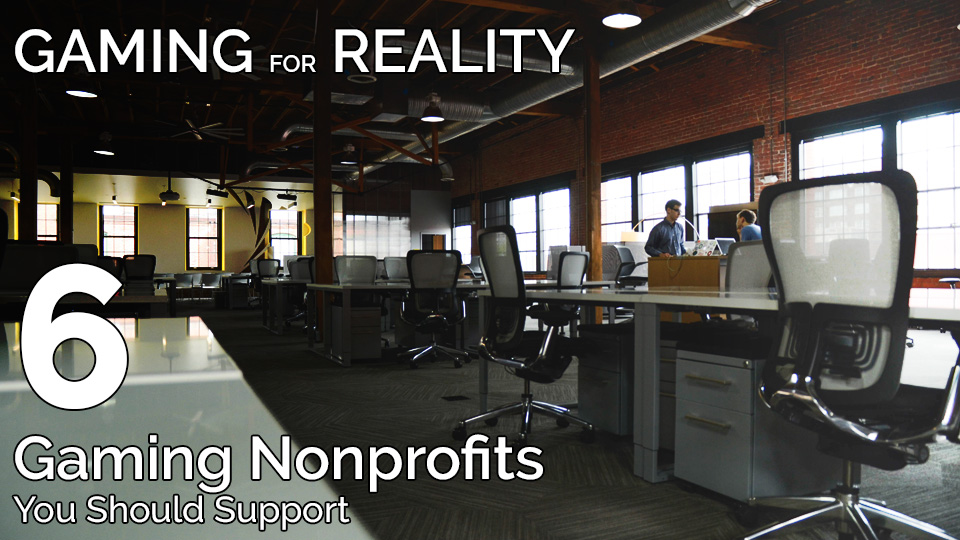 Nonprofit organizations have been well known to be powerful forces for good in society, and gaming nonprofits are no exception. As the gaming industry continues to expand, so too does the belief that games may have more to offer society than just entertainment.

The growing phenomenon of gamification is a shining example of this, as is the rising focus on interactivity across many different platforms in daily life, from museums to classrooms to theme parks. Gaming nonprofits offer an exciting community of like-minded individuals who work to collaborate than compete with each other. Everyone shares a common goal, and everyone shares a passion for gaming. More than that though, gaming nonprofits are only just beginning to get started. These aren’t foundations that have been around for hundreds of years. Some of the organizations we’ll look at haven’t even been around for a decade.

Working with these organizations is an excellent opportunity to make something both fun and meaningful with people who share your passions and interests. And without further ado, here are six gaming nonprofits you should support.

“I believe that there is nothing more powerful for people with disabilities than the freedom that only video games can provide. It is an art form that allows us to all run, jump, and be whatever we want to be.” – (Mark Barlet, Founder)

The AbleGamer’s Charity is a nonprofit foundation started in 2004 with the express aim of improving the lives of individuals with disabilities through video games.

The foundation works to empower individuals with disabilities to continue playing games for entertainment and rehabilitation, regardless of any physical challenges they may have. In addition to international outreach to gamers with disabilities, a big part of how they accomplish this is through communication and collaboration with the gaming industry itself.

The charity is a vocal and influential advocate for the disability community to developers and publishers. They provide free consultation to game developers, encouraging more and more practices to make games as accessible as possible. This phenomenon is known as includification.

In 2009, the foundation was recognized as a 501(c)(3) nonprofit public charity status by the IRS.

“Hospitalization can often be a lonely, isolating, and scary experience for young people. We ease those burdens by providing equipment, technology, and software that help kids cope with long-term treatment.” – (Games Outreach Official Website)

Games Outreach is also a 501(c)(3) recognized charity that uses the entertainment value of video games and the gaming community to provide recreational relief to children in hospitals.

The charity was founded in 2007 and it’s been measured that they currently support over 84,000 children every year.

Their most requested game is, as one might expect, Minecraft.

Extra Life began in 2008 with a simple premise: Bring players together for a gaming marathon and use the event to raise money for Children’s Miracle Network Hospitals.

Anyone can participate by simply signing up, committing to play games for 24 hours on any day of the player’s choosing, and asking friends and family to support their efforts. Gamers do what they do best and, in the process, they raise money for ill and injured children in their area.

The foundation’s web platform even includes a gamification element, rewarding gamers with achievements and incentivizing “swag” and merchandise that they can earn for participating.

The organization also partners with Twitch, empowering popular gamers and streamers to involve large audiences in their gaming events.

“I was expecting a sterile white-and-green wasteland, but instead I found myself in a brightly-colored, brightly-lit room with three or four un-inhabited stretchers and a clutch of children in hospital gowns playing Playstation.” – (V. Sherrouse, Website Testimonial)

Child’s Play Charity harnesses the power and generosity of the video game industry to improve the lives of children in need.

Often, these children are found in hospitals or domestic violence shelters and are in need of comfort, recreation, and social bonding. By partnering with their hospital network, the charity is able to purchase new gaming consoles, games, toys, and books for children in hospitals based on wishlists that they create.

Child’s Play partners with many different organizations in and beyond the gaming industry are frequently given cash donations that enable them to continue providing resources and gifts for children in need.

Games for Change is a uniquely well-known organization in the gaming nonprofit world.

The organization was founded in 2004 and aims to foster the development and distribution of video games that have direct and influential social change. That’s quite a mouthful, but that’s only because the organization truly does a lot.

With currently 150 associated games in their database and a series of programs and services, the outreach of Games for Change around the entire world and across multiple disciplines is truly unparalleled. The foundation is equipped and prepared to work with corporations, educational institutions, other nonprofits, game companies, government agencies, and much more.

They have also been known to partner with other organizations and foundations—and even hold a major festival, annually for their large community to join together from around the world and share ideas and innovations.

“We work together with only one simple mission: teach women, nonbinary, femme, and girl-identifying people to program using creativity as a pedagogical approach.” – (Code Liberation Official Website)

The disproportionate number of men to women in the tech industries is a well known problem and Code Liberation is all about working to solve it.

The foundation hosts workshops, events, and courses in a variety of settings, including urban centers and educational institutions. Their programs are designed to educate and empower young women with the knowledge and opportunities needed to enter the world of computer science, professionally.

They aim to reverse the misguided stigma that programming is a trade only done by men, and they carry their message forward through engaging platforms such as game nights, game jams, and social networking events.

The organization was founded on International Women’s Day, 2013. 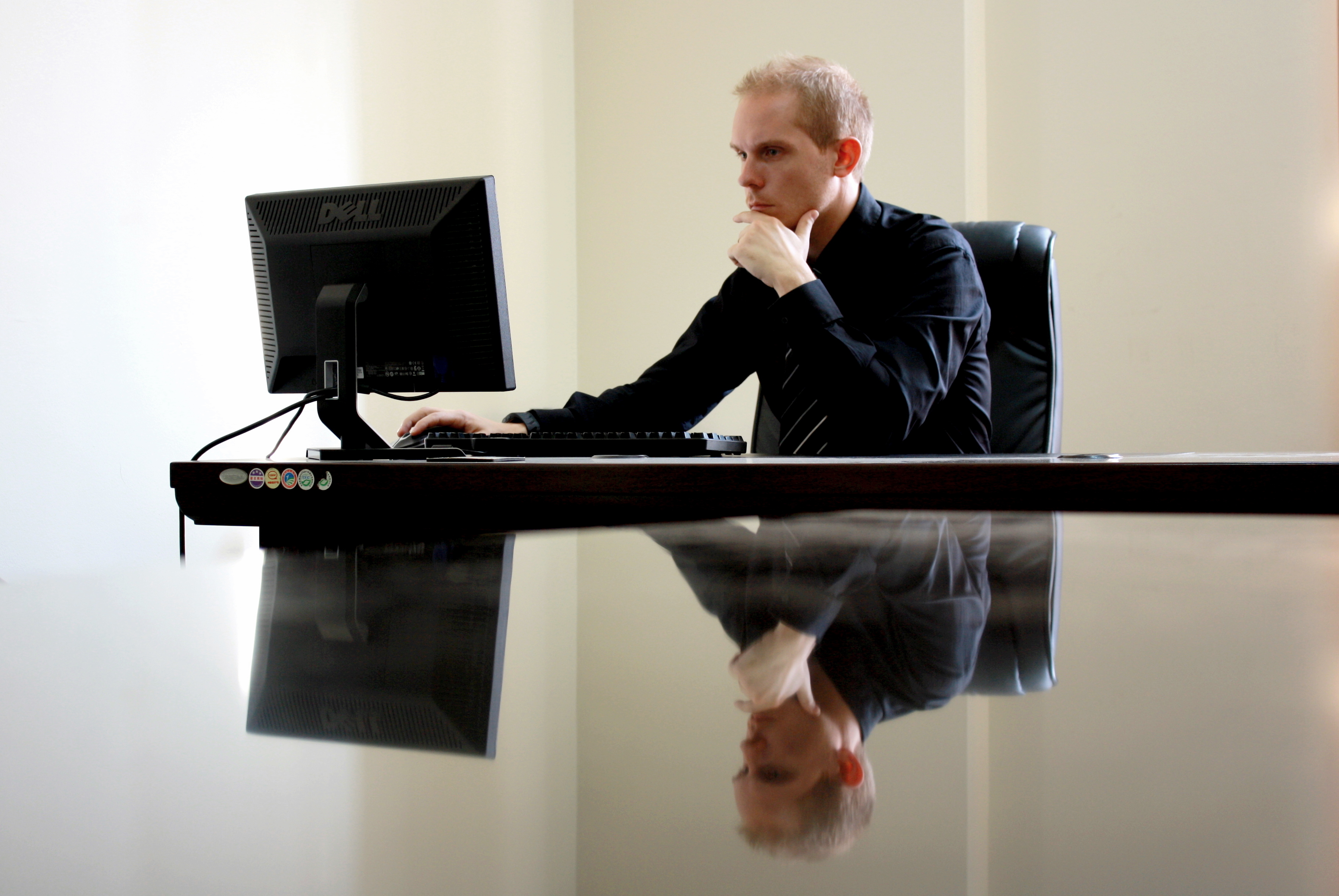 To end, let’s get a little philosophical.

Human beings are not the only creatures on Earth who game. All forms of mammalian life forms have been discovered to possess play as an innate behavior. Games between animals strengthen social bonds and exercises the mind. Play trains creatures to think and behave differently in order to tackle real world struggles they will encounter in the future.

Gaming is more than just an industry: it’s a core building block of the human experience. No matter what people may say about the childishness of gaming, remember that play has been one of nature’s biggest problem solvers when it comes to most animals, including human beings.

And for that reason alone, we should all be supporting these fantastic organizations.