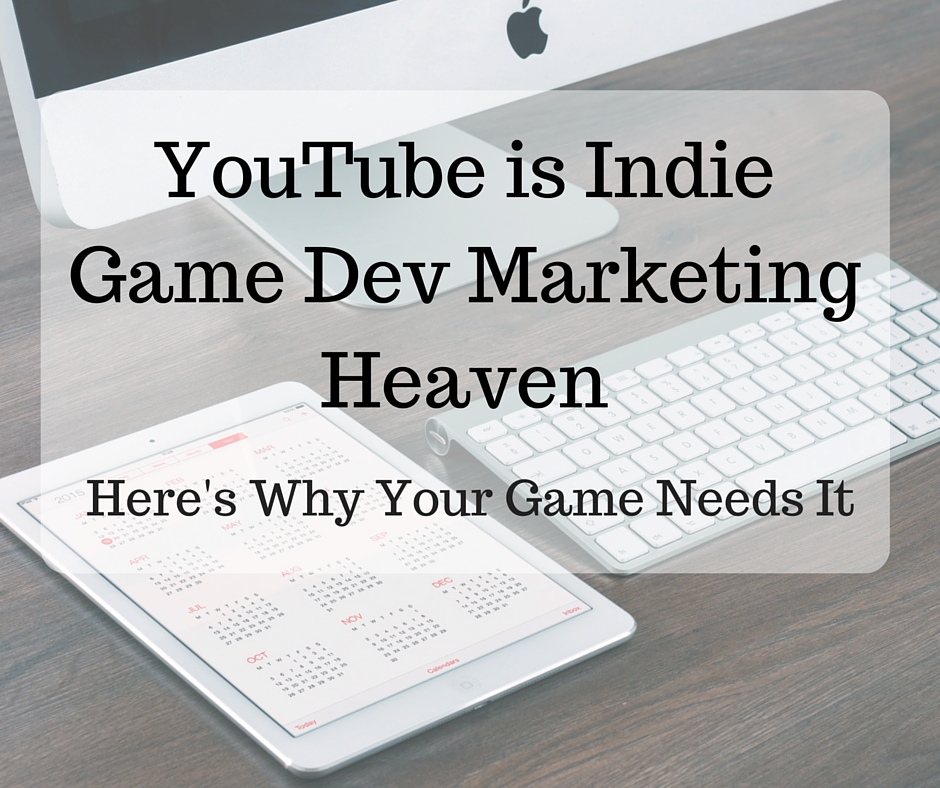 I’m going to put this bluntly. If you aren’t using YouTube to market your game, you’re doing it wrong. YouTube is currently the best marketing tool in an indie developer’s toolbox. Think I’m exaggerating? Strap in and keep reading, because I’m about to blow your mind.

Thanks so much for asking. Do any of these titles ring a bell? Maybe a few even incite a little success envy in your developer soul?

What do these indie games have in common? Aside from all ranking among the top selling indie games on Steam, I mean.

If you Google any them, one of the top results will be a video from Youtube. And more importantly, according to BuzzSumo, the most socially shared content related to any of these games are YouTube videos.

That’s right. I used up all of my free BuzzSumo searches for the day so you wouldn’t have to. You’re welcome. But what does that really mean for your marketing strategy? Simply put, it means YouTube is the number one social platform for game related content. It means your audience is already on YouTube, waiting for you to join them.

How about some numbers?

JackSepticEye’s first Let’s Play episode of Undertale has more than 7.5 million views, and his first episode of The Escapists is not far behind, clocking in at just over 6 million views. Markiplier’s first Five Night’s at Freddy’s video has been watched more than 50 million times.

Do you have any idea how much it would normally cost to get your game advertised to that sort of audience? A lot. How much did it cost the developers to have their games featured on these channels? At most, giving away a copy of their game for free. Often times, not even that.

GameTubers present the extraordinarily unique opportunity to get free advertising for your game. GameTubers are paid by YouTube, not the people whose games they play. And they are always looking for awesome new games to play, because that is how they build their own audiences. The best kind of professional relationship is one that is mutually beneficial, and that is exactly what relationships between GameTubers and indie developers are.

Not with that attitude you won’t.

You should still email them. You might be surprised how often they pick up games most people have never heard of. Like I said, playing awesome games that no one else is playing yet is in their best interest.

But, okay fine. Maybe you won’t be able to just shoot Markiplier, JackSepticeye, or Pewdiepie and email and get them to play your game. Obviously you won’t be the only indie devs with that idea, right? But there are tons of smaller GameTube channels that you can also reach out to. Google around and find a few who like playing games in the same genre as yours, and reach out to them. A lot of them will be just as excited to work with you as you are to work with them.

But If People Watch My Game, They Won’t Want to Play It

I get this fear, I really do. If your game is narrative based, like Firewatch or Oxenfree, it may feel a bit counter intuitive to encourage someone to play your game for the whole internet to see.

Brace yourself: another harsh truth is coming your way.

If someone sits down and watches a GameTuber play a narrative based game from start to finish instead of playing it themselves, they weren’t interested enough to play the game in the first place, despite the apparent benefits of actually playing games instead of watching them. If they were genuinely interested in playing your game, they would have stopped watching the Let’s Play as soon as they decided they wanted to play it and have bought it themselves. Personally, I do this all the time. I stopped watching Jack play Undertale as soon as I realized it was something I wanted to play. I still have yet to watch a single GameTuber play Unraveled because I know I want to play it myself first. However, I always watch YouTubers play horror games, because they simply aren’t games I’m interested in playing on my own.

But let me tell you a secret: having people uninterested in playing your game watch someone else play is excellent for business. Because even if it isn’t their thing, they might know someone who would love it. And they will recommend it to that someone. And that someone might just go ahead and buy it.

Listen to Shia Labeouf and Just Do It

Reach out to a few GameTube channels. Look into starting your own YouTube channel. Better yet, do both. Gaming channels enjoy some of the highest subscriber counts, content views, and social shares on YouTube. To decide not to take advantage of a platform so perfectly primed for you content is just madness.