Denuvo: The Effective Yet Controversial DRM 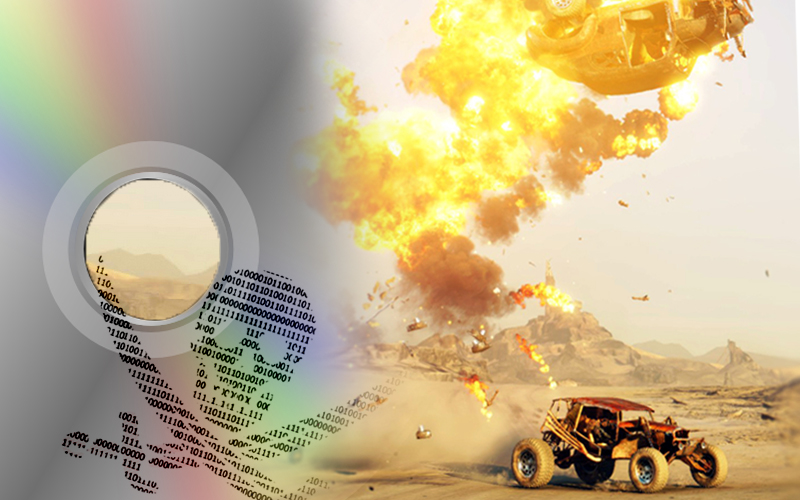 The most important thing, contrary to popular belief, is that Denuvo isn’t a newly developed, modern ‘uber-protection’ method for PC games. In fact, its development has roots in the software VMProtect with some important differences. Put simply it is a fork of past DRM software.

How does it work?

In the same vein as VMProtect, Denuvo executes the program within its own virtual environment to protect data from being analyzed or cracked. This is why it is officially listed as ‘anti-tamper’ rather than DRM. The mythical level of security that Denuvo exhibits is due to the lack of a good debugger for debugging x64 application executables. It has been nearly 2 years since the first Denuvo game was released and it has done a formidable job at curbing the piracy scene, although much controversy has come about as a result of the implementation of this protection software.

The first game to feature Denuvo was Deck13’s ‘Lords of the Fallen’. It debuted with mixed reception and was reminiscent of From Software’s ‘Dark Souls’ series with some differences along the way. Although shortly after its release people began to investigate the DRM behind the game and that’s when many players flocked to forums to discuss this mystery protection method that many people had not heard of until the game’s release. Claims started to surface about terrible game performance, hardware faults [due to excessive data writes] and claims that Denuvo had stole information on players computers. Even to this day, none of the claims have being linked to the DRM and even “Denuvo Software Solutions GmbH” themselves came out and explained that their protection method was incapable of causing these issues. One major concern regarding earlier Denuvo games is the lack of information for the player to notify them about what kind of security was installed with the game and how it could affect them in certain situations.

Amongst all of the controversy, there has being a lot of misinformation spread out over public forums and online communities regarding what Denuvo is and what it does to a player’s computer. For example, the following myth has been peddled around the internet on open discussion sites like Reddit and Steam Community. This information was sourced from a simple discussion on a forum called CR.rin about what protection Lords of the Fallen could be using before people understood anything about Denuvo’s implementation. It was pure speculation, listing different protection methods and the chance that it could damage hardware and also lead to security vulnerabilities. The information was impressive—albeit entirely theoretical—without the original poster knowing it was shared over and over by different people and then claimed to be fact. Over the past two years, hundreds of people have been using a mixture of this information as the basis for their argument and discussions about Denuvo. Which in turn lead to community boycotts and fear mongering.

How Does Denuvo Affect the Consumer?

Denuvo works by requiring a one-time activation on game launch to activate your computer based on your hardware configuration and OS. There is also an offline method that requires you to visit a website maintained by the developer/publisher where you enter a code and it generates a response code to enter into the game dialog (when launching). Denuvo has a 24-hour resetting activation limit, if you try to activate your game more than 5 times in one day then your game will lock for 24 hours. Another common claim made against Denuvo is that the servers that activate your game may go down over time, this is a shaky topic as servers are not all run by the same company so it comes down to the specific game and the specific publisher running those servers.

A similar thing happened with Gamespy-enabled games, although many games got patches to work around this issue, whether community-based or official patches. Most players tend to not really like DRM, but since Denuvo gets results when protecting the product from unpaid use companies see it somewhat as a positive in their perspective. This doesn’t apply to all publishers though as some publishers choose to use very little protection or none at all.

Witcher 3 – A successful title from 2015 that uses no DRM

To DRM or Not To DRM?

In closing, DRM can have a purpose even though many will disagree but the publisher/developer of a game does have the right to protect their content. Games do not require DRM to sell well as CD Projekt RED’s ‘Witcher 3’ proves that, although DRM seems to always lead to endless discussion. I feel that if the protection used isn’t intrusive, allows for mod support in most cases, and all relevant information is available for the player to read and is easy to understand, then I trust that it can be implemented without too many issues for players. To put things in perspective, below are lists of games that use Denuvo and how the player is informed.

There are other Denuvo titles sold on Origin via EA although there is a lack of information regarding the implementation and support for these games, listed: