As a follow-up to last week’s article on live streams, we’ve got some more info for you!

Live streams are popular for a single reason: people love to watch others play video games. Think about it, it’s exciting. It provides the opportunity in engaging with a fellow gamer, or developer, and gives you a chance to view the game prior to purchasing it. It’s also nice to hear what other people have to say about games, and perhaps even shed some light on something you might have missed had you been playing it alone in the living room.

But the players aren’t the only ones who benefit from live streams, developers who do this have a great marketing tactic on their hands, as we covered in last week’s article. By showcasing your game, talking about it, answering questions and organizing fun giveaways, you can build an audience. You can get direct person-to-person feedback too!

But then, which platform is best? YouTube is huge for live streams, with a feature that notifies followers the second you start, but Twitch.tv is specialized for streams. YouTube has everything from cat videos and prerecorded videos, but Twitch . . . it’s gaming central. Is there really much of a competition here?

YouTube live streams are designed to keep things light and accessible. The white background makes the video pop, the chat on the right-hand side helps to keep you connected to others, and streamers can link to their other channels, or social media accounts in the description.

Live streaming devs can really benefit from drawing in a crowd on YouTube. Describe the game, link to a store page or announce any affiliate/ambassador links and potentially make some passive income while you’re at it.

Obviously, viewers can easily find your channel this way as well, and see what other videos you have. It’s a good platform for combining everything you have to offer across the web and making it easy for others to follow. The sense of community is huge.

The main problem is that user-subscriptions on YouTube Gaming are separate from their main account, so it won’t be added to your YouTube subscriptions section. It’s good in terms of organization, but man is it a hassle. Subscribers can miss a lot of your updates simply because of this. 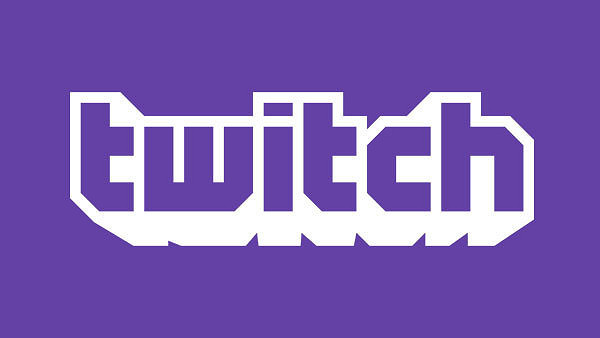 First and foremost, Twitch has expanded beyond just games. Music events like concerts and DJ sets get broadcast all the time on Twitch. But the thing is, Twitch is still predominantly gaming, and as such, it’s really become a hub of constant activity for lovers of games. This is by far, the biggest advantage it has over YouTube.

But there are other pros to Twitch. The platform is set up like YouTube, with the live stream dead center on a white background and the chat window on the right. Only this time, the description is completely changed. Streamers can organize it however they want, using headings to draw attention to specific information, hence making it user friendly. It’s easy to skim for the information you want to find, as a viewer.

And there’s no fussing and clicking on a streamer’s name to figure out what their channel looks like. Directly from the live stream, you can see the number of videos a streamer has, click into their collection, view clips or see follower counts.

Twitch’s large gaming audience means it’s easy to grow a following while streaming from Xbox One, PS4, and mobile, but it can be easy to get lost as a new streamer, and there’s no real-time DVR.

So if viewers get there late and you’re ending the stream, oh well.

Furthermore, you really have to bring it on Twitch. It’s largely gaming, and there’s a ton of competition. It isn’t difficult to find big names, or something interesting to catch your eye. That means for viewers to really watch your stream, it needs to be good, or else they’ll be distracted away. Even on your stream page, the left hand side lists other channels for people to view. The temptation to run off and watch something else is always there.

Honestly, we’re in a day and age where traditional cable TV is always declining, and streaming services like Netflix, Hulu, Amazon Video, Twitch and YouTube are ever increasing in use. It’s a shift in the system, where people suddenly have access to almost all the information (entertainment) they could ever want on demand, on their time, in their style.

So, technically speaking, you can’t really go wrong with either Twitch or YouTube. Either way, you have the potential to land a large audience, a stable following and some enormous rewards (market your game enough and it will sell copies).

That being said, Twitch is much more gaming oriented than YouTube. Despite both platforms having other videos and streams, in other categories, gaming was the whole starting point for Twitch, and it shows. The gaming community there is large and expectant of quality streamers.

That’s not to say that YouTube means you can sacrifice quality. After all, despite its disorganization with YouTube Gaming, it’s still YouTube, the granddaddy of all streaming services.

Wherever you choose to live stream, just focus on what’s important: