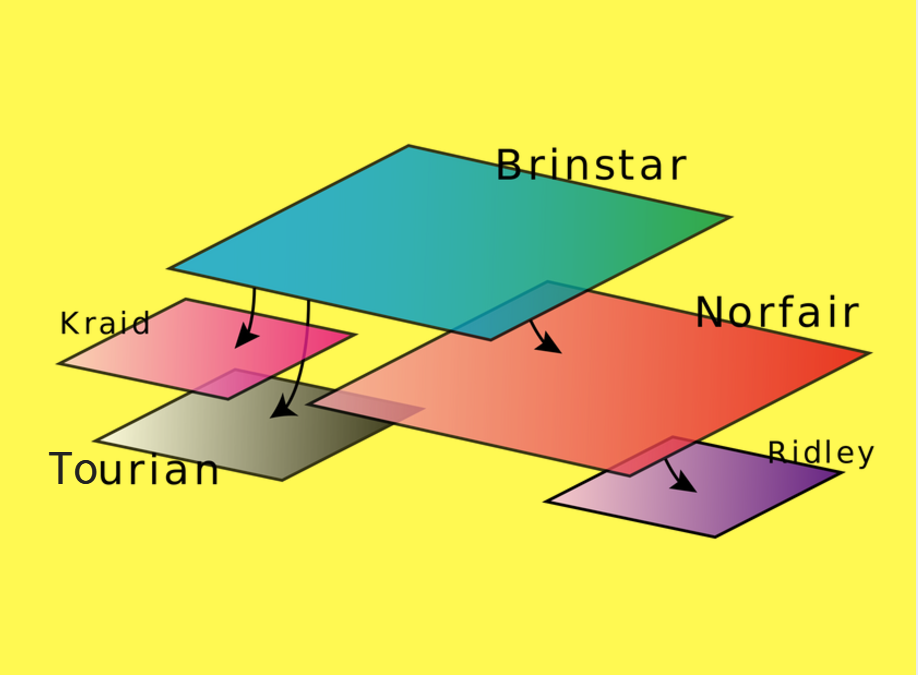 That’s right, we’re talking about that 1986-2016 side-scrolling action-adventure series that spawned a bunch of copycat games and made up 50 percent of the inspiration behind the Metroidvania genre (the other 50 percent being Castlevania, of course) . . . Metroid! An iconic game series, one could say it’s even Nintendo’s darkest game series, since it’s so heavily based off the Alien movies.

So without further ado, let’s dive right in to what you can take away from Metroid‘s design!

Focus on the Sounds

When you first fire up this game, one of the first things you’ll notice are the sounds. They are so distinct and memorable that players remember these sounds 20-30 years later (go ahead and conjure up the theme song to the original Pokémon games as another example!).

Notice how each action has its own sound. The opening and closing of the doors, the shooting, obtaining upgrades like the Morphing Ball. Each action is made that much more distinct with its own associated sound, but all of these sounds are muted. They’re not never-ending and loud. And the more important actions, like getting upgrades have more epic sounds.

And that’s not even covering the random “beep-boop-BEEP-boop” sound that plays every so often in the background!

Also if you start the video at 6:20 you’ll notice something else: there’s a familiar sound when Samus picks up energy – it’s the viewscreen sound from Star Trek, only a slightly lower pitch! So close, yet different.

The point of all this: sounds are everything in a game. They make it memorable, unique, and satisfying. Don’t overlook the importance of sound in your game. Your guns need to sound like guns, and your steps need to be distinct. Everything that involves contact in some way, shape, or form needs to be audible. And if you do take inspiration from an established noise from another source of entertainment, change it! Make it your own. It needs to be different, but inspired. Otherwise, you’ll face huge copyright issues.

A New Spin on Something Old

The following list was created by Wikitroid and is titled “List of Similarities Between Metroid And Alien“:

Note, this is just the part about Super Metroid, not the rest of the series. The list goes on for each installment into the Metroid universe. Reading through the list, it’s easy to get the impression that the whole series is basically a love letter to the Alien movies and is heavily inspired by them. Almost everything in the games has to do with Alien in some way or another.

And yet, despite this, the whole series is regarded as its own thing. Most players just rave about the games, not so much how much it took from Aliens. The games essentially put a new spin on something older, and made it their own. You could even say it built upon the genre using Alien as its foundation.

Every story, every medium, every person has some influence over what comes later. So, don’t be afraid to take inspiration from elsewhere, just make sure you’re original about it. Don’t copy, don’t steal, don’t cheat, and most importantly, do everything with intention. Just learn from those who came before you. Their experiences and success is research you can apply in your own way. 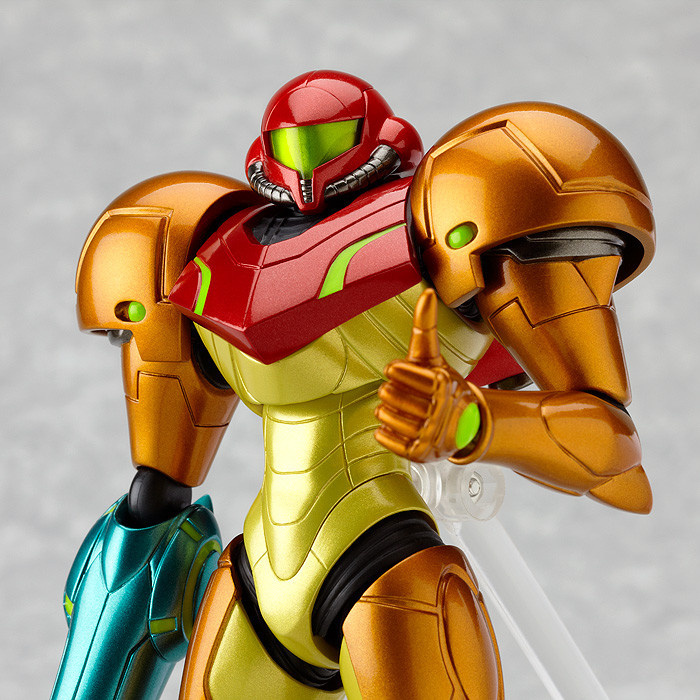 You probably know this by know, but Samus Aran is a female. And sure, that means there’s a ton of graphic content about her out there, but . . . that’s now how the character was, nor is intended. In fact, Samus is a well written and well designed character with a lot of backstory. And she’s a role model for women!

The intergalactic bounty hunter breaks down gender roles with her career path and her armor. She takes on tough alien battles like it’s just another day at the office.

Orphaned during a Space Pirate raid, she was adopted, taken to Zebes, and then infused with their DNA and made into a warrior. She joins the Federation Police, leaves to become a bounty hunter, and then ends the Galactic Phazon crisis and exterminates the Metroid species.

This is so important, because these days developers are falling into a trap: female characters tend to be poorly designed, because male writers and designers have a tough time creating believable, normal female characters, and statistically, games with female protagonists tend to sell less copies. But this is changing!

Despite the light that some players choose to paint her in, Samus is a strong, well-designed, inspirational character. And your objective as a developer should be in creating both male and female characters that stand the test of time, much like Samus does. Even back in 1986, she was inspirational.

The 1980s and ’90s played host to games that were bold, colorful, and partnered with catchy music, and Super Metroid is a prime example of that era. Everything in the game is eye-catching. The platforms, the background walls, the vegetation and the enemies. Samus’s suit, the gun projectiles, the doors. The lava that looks like Orange Crush. Everything is accompanied by a lot of effort and detail.

You can look at any part of the game and know that it’s a Metroid game.

It’s just instantly recognizable. And gorgeous to look at in its own right. More so, one look at it, and you know how old the game is. You know the time period it was created in, not just because you remember playing it as a child, but because it looks reminiscent of the time.

In other words, your game needs to look like the games of today, but be instantly recognizable too. Zelda is recognizable. Resident Evil and Mass Effect are recognizable too. What do all of these games have in common? They all choose a distinct look/appeal and ran with it.

As stated before, this series—and Castlevania—helped establish the Metroidvania genre. And that consists of the perfect labyrinth system, making it fun to find things that were missed. Some doors or portals can only be opened once the player has something essential, like a tool or weapon. Getting these improvements makes it possible to go back and quickly kill enemies that posed a challenge previously, hence making it a great reward system. This also gives us surprising new mechanics (see below).

These elements are what made it so popular—and what led to the Metroidvania subgenre in the first place.

Obviously, this may not apply to you. Not every developer is on a mission to make the next Metroidvania game, but if you are, adhering to the expected genre mechanics and system is crucial.

And for those of you opting out of the Metroidvania craze, there’s still something to consider: sticking to what is expected of your chosen genre. Think about what people love the most about Roguelikes or FPSs, for instance. Give your players what they expect, but always bring something new to the table too. Just don’t lose sight of the genre. It always needs to deliver what the players want.

Once you get the ice beam, you can use it on an enemy, freeze it, and use it as a platform to get to places you couldn’t use before. It helps to bypass things like the grapple hook to get across. Certain rewards that the Metroidvania genre throws at you can result in new game mechanics, even halfway through the game.

It’s part of the reason why the subgenre grew so huge, and is still prevalent today in indie games.

Now, this same rule can be applied in other genres. Giving your players fun rewards with great use is always a plus. Whether its a weapon upgrade, legendary armor, or something else entirely, there should always be a rewards system for the players. There’s nothing worse than playing a game for months in the hopes of getting better gear, only to be cheated every time. Or, arguably even worse, when that better gear is nothing more than a simple numbers increase. Some of the best upgrades you can add into your game are upgrades that tweak the mechanics of the game itself. Think the various power-ups in any Mario game.

Music brings things to life. Movies, video games, TV shows. All media heavily relies on music to set the tone, immerse the audience, and really set the stage for what’s to come. Everything is just so much more . . . engaging when there’s music.

In the case of Super Metroid, the title theme sets the mood for strange alien exploration. It’s spooky, it’s retro, it’s alien. And the rest of the music follows suit. There’s alien noises that make you feel like you’re in space, there’s epic retro music during boss fights, etc..

Think of the music in a game as an extension of the story, or another layer in your design. Each level should have something playing that sets it apart. It should help all your hard work come together.

If you enjoyed this article, retweet it! Also, we love making new friends here at Black Shell Media, so don’t be a stranger!