6 Tips For Marketing Your Mobile Game 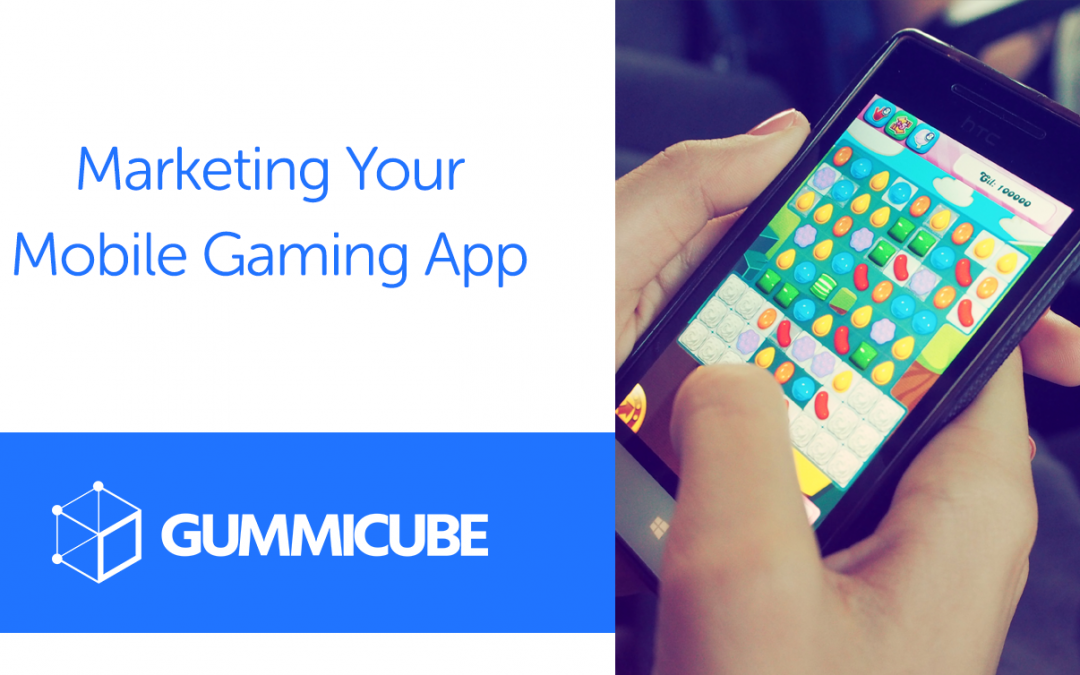 Mobile games accounted for $59.2 billion in revenue in 2017. This sizeable number translates to 35.5 billion first-time installs of mobile games across the Apple App Store and Google Play Store!

It’s no wonder that game developers are coming up with the latest and greatest to meet market demand, but this is also causing a surge in competition. Because of this, it isn’t hard for mobile games to go unnoticed if they’re not marketed well. If game developers take the time to create a web presence (i.e. website and blog), establish a loyal fan base, utilize social media, take advantage of App Store Optimization (ASO), ask for feedback from users and build the “viral loop,” they’ll be able to effectively market their mobile game and stand out from the crowd.

Most users learn about a game either by word of mouth or from browsing the web. By creating a website, developers can have a catchall space that users can go to see any new announcements, game updates or any other information they want to share. The website can also include backlinks to their game’s product page on the App Store and Google Play Store. On Google Play, this alone can help build relevance to your app and get it in front of more potential users.

If developers want a space to communicate with their users outside of the app stores, they can also start writing a blog. This is a great way to highlight their latest game releases or updates and address the gameplay or storyline. Developers can also create a development story about the game and the company itself to catch users’ attention.

Keep in mind that, since most of these users will be on their mobile device, these websites should be mobile friendly for smooth, uninterrupted browsing.

Every mobile game needs a loyal fan base. Having fans that are actively interested in the game and will stay on board throughout various updates, and even when a sequel or new game is released, is key to a game’s longevity and success.

Developers can pay attention to gaming communities that are relevant to their game to find users that are already playing or would be interested in their app. By contacting these users, developers can establish a rapport that can grow into a long-term relationship, wherein the fans promote the game and encourage their friends to download.

Social media is a proven strategy for gathering users’ attention. Before the launch of a mobile game, developers can post upcoming news, screenshots or other information to generate excitement and connect with their audience.

Twitter is a great source that can be used regularly, especially to share quick snippets of gameplay. Developers can also utilize hashtags that are relevant to their game, so they can see what the community is saying or establish another home for their game.

With the number of mobile games currently available across both app stores, developers need a strategy that will help their game become more visible. If they follow a strong ASO strategy, they’ll be able to optimize their game’s metadata (title, keywords, description and creatives) to improve its discoverability and conversion rates. This will also help their games become more relevant for high-volume keywords that users tend to search for.

It’s beneficial for game developers to see what their audience currently thinks of their game. They can seek out forums where their fans have voiced their opinions or discussed various aspects of the game, or even look to reviews on the app stores.

Just reading reviews can help developers get a better understanding of the current user experience. They can also take it one step further with reputation management. Developers can engage with their fans to see if there are any issues, such as crashes or bugs, and address any feature requests. This not only helps the developer quickly extinguish “bad press,” but also creates a relationship with their users.

Not many know exactly what the “viral loop” is, but essentially it is an endless loop where users find something interesting, are incentivized to share or invite their friends, then those new users start back at step one and the funnel thrives.

By leveraging the viral loop, developers can continue generating hype around their game and keep growing their fan base. This grows their success and can lead to a quick boom of users and fame that has been achieved by the likes of Flappy Bird or Candy Crush.

Don’t Forget About Your Marketing Strategy

Not all these tips need to be followed to a T, but incorporating as many as possible will greatly help game developers stand up to the large amount of competition in the app stores.

While these marketing tips are helpful, a solid marketing strategy needs to be maintained day-to-day, month-to-month and year-to-year. If developers slip at all, it could mean that their game goes unnoticed and their fans lose interest. Even the most loyal fans are sure to move onto other games if there are no updates or engagement from the developer or publisher.

The success of a mobile game depends on keeping up-to-date on what users want and continuously updating the marketing strategy. Follow these steps and any game will thrive.

Dave Bell is the Co-Founder and Chief Executive Officer of Gummicube. In this role, Dave is responsible for overseeing the business strategy for the company, driving growth and market development. Dave is a pioneer of the mobile entertainment industry with more than 15 years of experience publishing, marketing and distributing mobile applications and games across carrier, direct to consumer and app store channels.