Is Becoming a Solo Game Developer Worth It?

Last week, we covered how to minimize risk when trying to become a solo game developer, so this week, let’s dive deeper.

In the age we live in, anyone can be an artist. Anyone could write the next best selling book, film the next festival award winning flick, or make the next big indie game. With the tools available, it’s no longer about who you know or making connections, it’s just about making art. Despite that, just because you can make a video game by yourself, does that mean you should?

Right off the bat, you have to realize that making video games takes time. A full time AAA game studio filled with hundreds of people take on average about two years to make large scale video games, often times even longer. The amount of total man hours put into a video game is absolutely colossal.

While most people realize this, I feel that most don’t translate what it means to indie games. Indie games might seem easier and quicker to make, but if you’re an indie, there’s a good chance that it might not be your full time job. Think about everything you do in a week- think about how many hours a week you would actually be able to spend on making your videogame. If you are making a game on your own and have other commitments, or even if you don’t, you will need to sacrifice many things to fit in the hours your game development requires.

Because of this, even the simplest of game projects can end up stalling and taking up years of your life. One person doing art, programming, and design is an absurd workload. By teaming up with others who have the required skills, the workload can be split and your game can actually be made on an efficient timeline. Our lives are only so long, make the most of it. 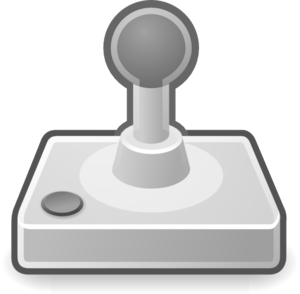 The skillsets behind making a game are often different from selling one. While the heart of indie studios lie with self-publishing and self-marketing, it can be intimidating for a single person. Your game will not get famous overnight, and you will need to put in effort to get it noticed. Without marketing experience or business knowledge, it can be daunting and frustrating.

As such, it is useful to either have a marketing specialist on your team, or to seek third party consultation. If you manage to reach out and make friends with other developers, there is always the option of cross-promotion. Even if you made your game by yourself, having other people to help with publicity is vital to getting noticed.

This brings us to the absolute most important part of making a game: it cannot be done alone. Stay with me here for a second. Think about the reasons why marketing is important. At the end of the day you want people to play your game, and marketing is one of the ways to facilitate that. Marketing isn’t the full picture however, and the other side of it is your audience.

Every successful game out there has a passionate and dedicated fan base. Games do well because your audience makes them such. If you make a videogame without your audience in mind, expecting no-one to play it, then what is the purpose of the game?

Only when people play a game does it have worth, and people are required to play your game. You can make, publish, and sell a game by  yourself, but you cannot make it successful on your own. Acknowledge, reach out, and get to know your audience. Learn what they like, what they dislike, and build up a good rapport with them. Especially in indie games, your audience are your stockholders. You never burn your stockholders.

While it might seem promising to cash into the “self-made” craze, take a look at the reality. Most individual project fail. You need other people in some form. Don’t let this discourage you though, use it to your advantage. The barrier to entry is still more accessible than ever, just don’t go it alone. Make friends. Talk to people. Learn to be able to rely on others. Keep this in mind and your game can make a real difference.

Hear It from a Solo Developer Himself! 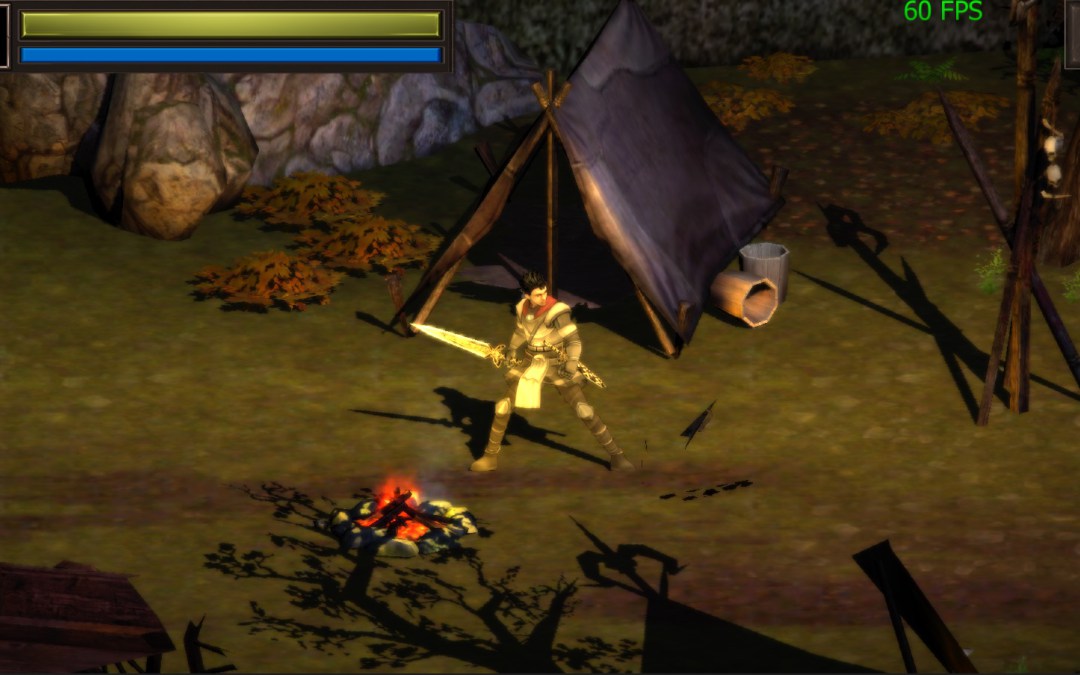 We worked with Billy to promote his game Sword of the Guardian and asked him some questions about his experience being a one man team!

Tell us a little about yourself and your team!

I’m a one-man band who has created the Sword of the Guardian, from the skeleton and animation of the characters, to programming and level design, all by myself. Playing video games has always been my favorite hobby since I was little. I used to play arcade games with my friends in the video game centers when we were young, and I was especially fond of beat’em up games. Instead of playing against my friends in the “Street Fighter”, I’ve found that it’s more fun to team up with my them to fight against the enemies. Nowadays this kind of game is not so popular anymore that it’s rarely found on any platforms. Although I’ve noticed that a lot of game developers are keeping some classic old games alive which are well-received, the re-release of beat’em up games is still very limited. That’s why I would like to challenge myself to create my own beat’em up game and sharpen my programming skills. What’s more, I hope to make more friends who are also fans of the beat’em up video games. 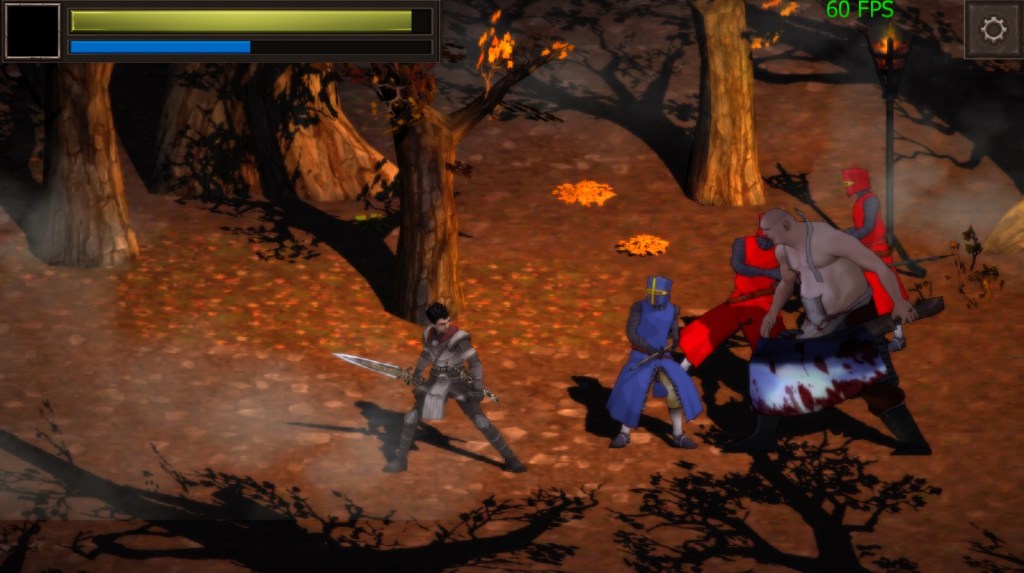 How long have you been working on Sword of the Guardian?

I started working on it in November 2013. The original draft was made for the submission of my final year project of my degree study. The more I’ve developed it, the more I’ve realized that I’m totally passionate in it, and so I’ve continued the development until now. It has been more than 20 months since then.

What’s the biggest challenge you had to overcome in development? How did you do it?

Except programming, all other aspects to me are indeed challenging because I’m not a professional in these fields. One of the biggest difficulties is how to design the lighting on the characters and objects. In order to convey a particular atmosphere or mood in the scenes, I’ve been working on the lighting of every single character and object for thousands of times. As I’m a novice, I have started from scratch, and learnt by reading books and researching online. Through trial and error I’ve also discovered some keys to success. 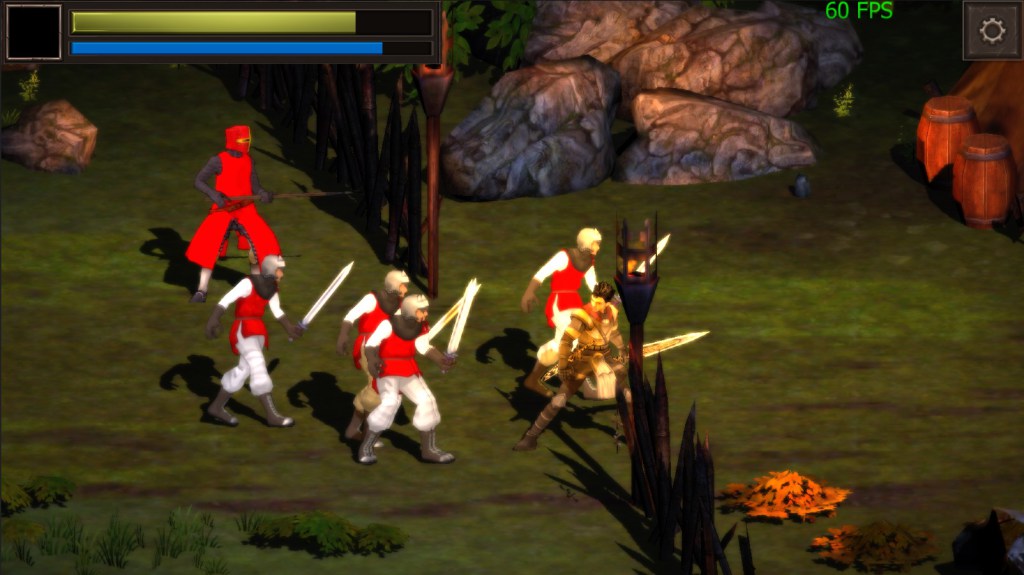 I have also paid a lot of attention on enemy design, especially on their behavior, because I would like to develop a game with a suitable level of difficulty. For example, those less powerful enemies or assassins will automatically attack the player at the back, while those powerful ones will confront with the player face to face.

Tell us about a funny story, bug or situation you got into during development.

There were certainly a lot! As I’m not good at mathematics, there were always some miscalculation. For example, the bombers would throw the bombs to somewhere unexpected. Or sometimes those enemies who were supposed to jump near and attack the player would go to the opposite direction, or even outside the moving range area. I was so frustrated!

Another thing is about the level design. Sometimes when I think the game is too easy, I will adjust the mode from normal to hard by changing the AI (speeding up the enemy’s reaction time) or the behaviour of the enemies (attacking from other directions). Then my friends who test out this game will lose within a minute. So I think it’s too harsh and difficult, and go ahead to reset the mode to easy. In the end, the enemies will then stand still and be killed however you like.

Who is the target demographic for this game? What do you hope they will get out of it?

My target audience are those players who like beat’em up action games, which I think should mostly be men of 20 something. All the settings in this game are based on the original arcade game model, including the hit feeling setting. I have intentionally set up a simpler system, hoping to bring back those feeling of excitement and thrills derived from the arcade games in the video game center in the past. 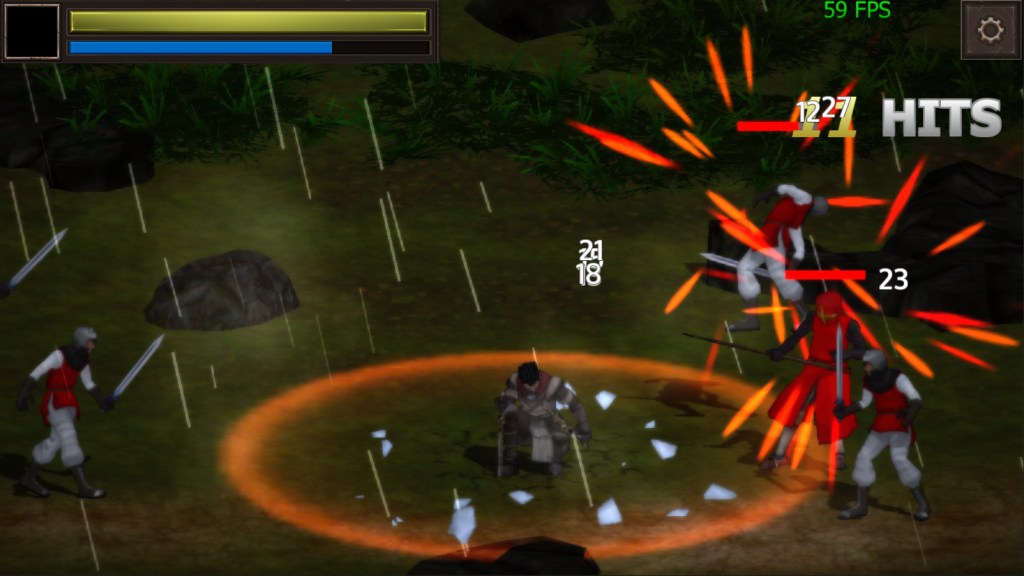 Where do you see the game going from here?

For this game, I think it would be interesting to enhance the gameplay experience by adding the local co-op feature to allow multiple players. I would like to see a group of friends enjoying the game together, having fun as a team. Then moving forward, I would like to develop an extended version with online co-op feature, something like Dragon Crown, which consists of several features that can increase the playability of the game. This is my ultimate goal to widely promote this kind of beat’em up games. Moreover, with the lighting skills that I’ve mastered for this game, I would like to develop a virtual reality horror game that sets in Hong Kong.

If you had to give one piece of advice to indie game developers, what would it be?

I haven’t finished the game yet, so I don’t have much to advise. But what I can share for now is that persistence is extremely important in achieving the goals. No matter how many obstacles are ahead of you, or how many people oppose or attack you, just stay focused and determined and you will overcome the challenges.

If you enjoyed the article, please share it on social media! And talk to us @BlackShellMedia, we love making new friends.