How Many Games Should a Good Game Dev Play?

It is reasonable to ask the question as to whether developers need to play games to help them be good game developers. It would be misguided, however, to assume that not playing any games at all would benefit a game developer.

Like with any profession, having an interest in the subject matter helps. An appreciation for video games will propel a developer to dissect and analyze them to further understand and improve their own work in development. The term “gameplay” has been coming up fairly regularly with talk of the relevancy of single-player games and the value of games for the prices consumers pay today, and it is all in the word. To understand a game you must play the game and experience its gameplay. However this is not to be confused with being a competitive player as that is most definitely a time consuming venture.

A recommendation would be to build a general knowledge and awareness for games that you like and ones you are inspired by. This would benefit an independent developer working on most aspects of a single game. One could argue that if you are a part of a large team working on a small section of a game for a short time then being someone who plays games is less of a priority. All of this is not to be confused with skill, a game developer doesn’t need to be a pixel perfect speedrunner and due to the time some dedicate to development you don’t need to be playing games non stop.

When compared to a film director for example, why would a director make films without an appreciation or enjoyment of them. The counter to this would be maintaining a balance in life. Game development can take a lot out of a person, and there are stories out there of how people have gone through drastic measures to assure the success of their game projects. A recent example would be Cuphead: for the game to succeed, various things took place.

The lead developers, Chad and Jared Moldenhauer revealed post E3 2015 that they had remortgaged their houses to obtain funds to expand their development studio and increase the overall scope of Cuphead. Throughout all this the average person wouldn’t be thinking about playing games, as the Moldenhauer’s were primarily focused on development and getting Cuphead released as a quality title. 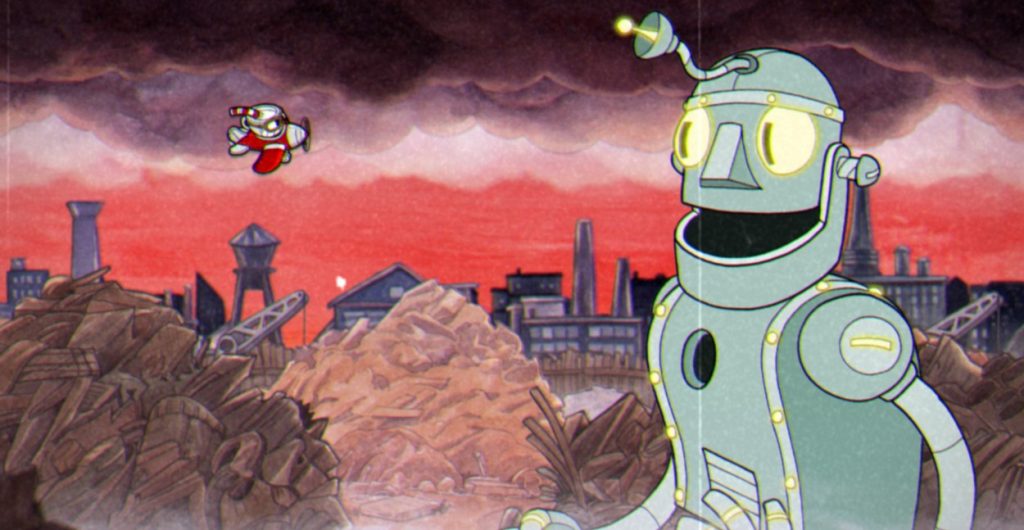 This is an extreme example and not everyone will find themselves in such a dire situation, but there is some validity in putting some balance in your life in the most appropriate way when developing games. When taking on the task of creating a game you find that your available time to do other things changes tremendously. It can be a shock to the system and if you are not careful you might find yourself in a spot of trouble whether it’s being unorganized or not having enough money to spend on more important things than development related purchases.

Sure, remortgaging your own house is a drastic change in one’s life and a developer would have to seriously think about how that can impact their livelihood. However in general, are life changing decisions worth it when it comes to game development and keeping progress ongoing?

This of course will come down to each specific developer and their personal situation but it is entirely possible to be a beneficial decision however it will require you to plan ahead, and also plan for failure. Never go all in with no way out.

My personal belief is that for a developer to expand on their profession, they have to have a fairly strong general knowledge of the game industry and the different types of games/engines that are available. Researching the games industry before you start game development can be extremely beneficial. Understanding how game genres evolve over time, how a developer studio conducts business practices and even how to go about publishing your game. Without enough research you might hit some big roadblocks after you dive into the industry. This can lead to drastic life changing situations like stated above but in most cases you could just burn out and stop developing as it can become a burden.

When it comes to understanding games and their mechanics this is where playing a focused selection of genres becomes a key goal. If a developer is working primarily on first person shooters, their primary game genre would be first person shooters. It will benefit them to know of other genres and what is on the market, and to play games from over a large timeline and not just current titles. Playing a game, and looking at it under the lens of a developer is a form of research, and in some cases taking your time within a game to explore or analyze mechanics can only bolster this. You can either be inspired or brainstorm ways of implementing similar ideas in your own projects.

Here are some independent developers talking about going all-in, and how that should be handled.

Enjoying Game Development As a Job

Due to the sheer amount of work involved with creating a game from scratch and more so as a solo developer, game development isn’t something many would find enjoyment out of. New developers look into creating their own games but give up due to that brick wall difficulty curve between skills required and amount of work it can involve. Many large studios are made up of people with different skill sets that work on only part of a game. In this scenario if you are someone who is working on something specific it can be a much easier thing to enjoy since you don’t have to juggle multiple important tasks at once. Finding time to play a specific genre of game you enjoy which is similar to ones you work on can help keep you focused on your job as a developer.

Developers don’t have any requirement to play games like the average consumer, nor are they obligated to make playing games their full-time job. Instead, devs should play games in a way that can benefit their work. This can involve playing within a selected genre of games that directly relate to the types of games you work on, for example. This can help with researching how mechanics are implemented and how they work to inspire you for what you create. Understanding the industry is also key and will help smooth out the road to becoming successful.

There are a few things to consider too, of course. There is your enjoyment of videogames, a passion to create your own games, and the ability to do the work involved when creating said games without it becoming an extreme burden on your livelihood. Due to the time sink of game development this will of course involve careful planning for the near future and even 10 or 15 years ahead. If a developer can overcome and do these things than it is the perfect mix of prerequisites for being a successful game developer.