6 Reasons Games Industry Investors Have Their Eyes On China

China has over 600 million avid gamers and the largest gaming market in the world, last valued at $24.4 billion in 2016. With an annual growth rate of about 15%, it’s clear China is in dire need of more gaming companies to meet the demand.

This explains the takeovers that have taken place, most noticeable Tencent’s acquisition of the mobile developer Supercell for $8.6 billion. This was only one move on their part, since they also own Riot Games and have a minor role in both Epic and Activision Blizzard.

In other words, the largest gaming firm known to man is not only Chinese, it also has a role to play in the most popular MMORPG of all time, World of Warcraft. And that’s just one fragment of the bigger picture.

Let’s take a closer look at the six primary reasons why gaming investors are facilitating the gaming economy in China:

In 2016, the U.S. video game industry generated $23.5 billion. The Chinese game industry’s revenue was valued at $24.4 billion. There are about 600 million gamers in China and the number will only go up from there, the revenue along with it. 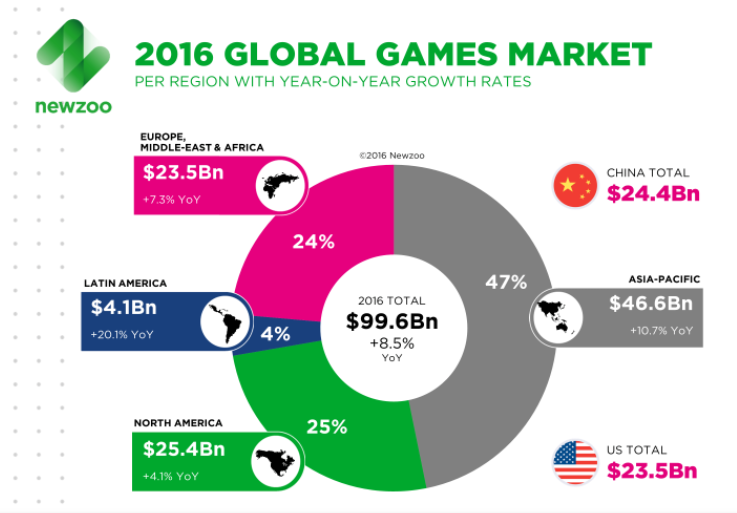 With China being the new games industry capital of the world, it’s clear that there’s great demand. And every good entrepreneur knows where there’s demand, there’s a chance to make a sizable profit. Especially if the upfront buy-in is cheap. Which brings us to the next point . . . 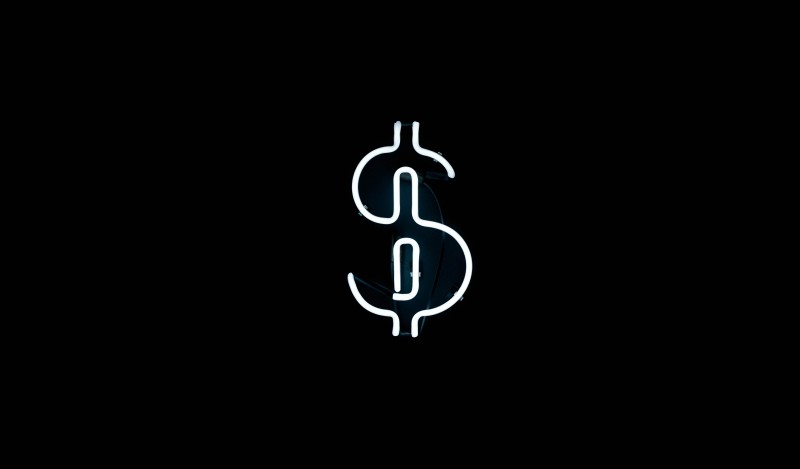 It’s true. Despite all the games that Western games companies make—and all the sales—they’re still cheaper than the valuations of domestic companies listed on China’s stock market.

And the Chinese stock market is growing. It’s consistently, and quietly, getting bigger and better and has been for several years. The Shanghai Stock Exchange is now the fourth largest in the world. This is in large part due to the fact that they are busy buying up the world.

Consider Bowens, the 94-year-old lighting equipment brand. Their demise was the rise of cheaper gear created by Chinese manufacturers. Why purchase the more expensive option, when you can save some money and essentially get the same item?

It’s very much the same tale we’re used to, but reverse for China. They consider our gaming firms cheaper than their own, just like we consider their lighting equipment cheaper than American-made.

3) They Know American & European Companies Have a Lot to Gain

If you’re a gaming company and you get approached by a Chinese investor ready to cut you a hefty check, would you decline?

Western gaming firms have a lot to gain when being bought out. Apart from the money, it’s the freedom and security. It’s no secret that the growth of the American gaming industry seems to be slowing, with developers scrambling to deliver worthy titles and consoles and advancements, only to be met with resistance from players. E3 2017 taught us that everything currently out, or releasing soon, is just rehash—very few original titles. Anthem essentially had little competition, since it was one of the limited new IPs announced.

Suddenly, by accepting a large sum of money from Chinese investors, higher ups can wipe their hands clean knowing they created something worthy of a large sum of money. They can go on to other ventures, other industries, or just retire in peace. No more meeting demands, no more trial and error.

4) It’s Helping to Establish a New Generation of Gamers

The average video game player is now in his/her 30s—35-years-old to be exact. On average, American men and women marry in their late 20s to early 30s. Thinking logically, that means the average gamer is now married, employed, possibly has children, and has errands to run. That means they’re lapsed gamers in dire need of fresh content—or nostalgic games—that entice them to return to their battlestations.

And no one understands that better than China. In fact, they’ve taken the idea of appealing to nostalgia a step beyond just targeting the average 35-year-old.

They’ve now begun working on nostalgic projects, such as trying to fix the RuneScape experience, in the hopes of inspiring parents to show these games to their children. Parents naturally love showing their children things of their own youth, and games are no exception.

Upon being exposed to these games, younger generations will surely become more aware of other game options, and expand their horizons. Alas, a seed is planted, and a new generation of avid gamers is born.

When you own the world, is there anyone you have to answer to? Being the big dog at the park means everyone respects you, knows not to cross you, and is dying to please you.

If China continues to expand and purchase most gaming firms, eventually they will control the direction of the industry as a whole. They won’t need to meet Western demands: they will set a new standard. And what that does to American firms is something only time will tell.

6) It’s Pretty Much a Guaranteed Success

There’s low upfront investment and a guaranteed return in the Chinese gaming scene. Buying up low-cost American firms and using them to meet high demand means a surefire return. There are millions of gamers in China, and not nearly enough firms to meet their entertainment needs.

With those odds, any Chinese investor would be wise to at least consider buying up a willing American gaming company. The return is staggering. Game studios are essentially printing money and providing growth to show for shareholders.

This is a clear measure of success for the Chinese. Their manufacturing companies are doing so well, they are buying up the Western market in order to strengthen their stocks in the market. It looks good on paper, it gives them sizable returns, and the country gets stronger for it.

But with something this good for China, it’s certain America can’t rejoice. Much like factories and manufacturing in America has suffered at the hands of Chinese expansion, the same could occur to American gaming.