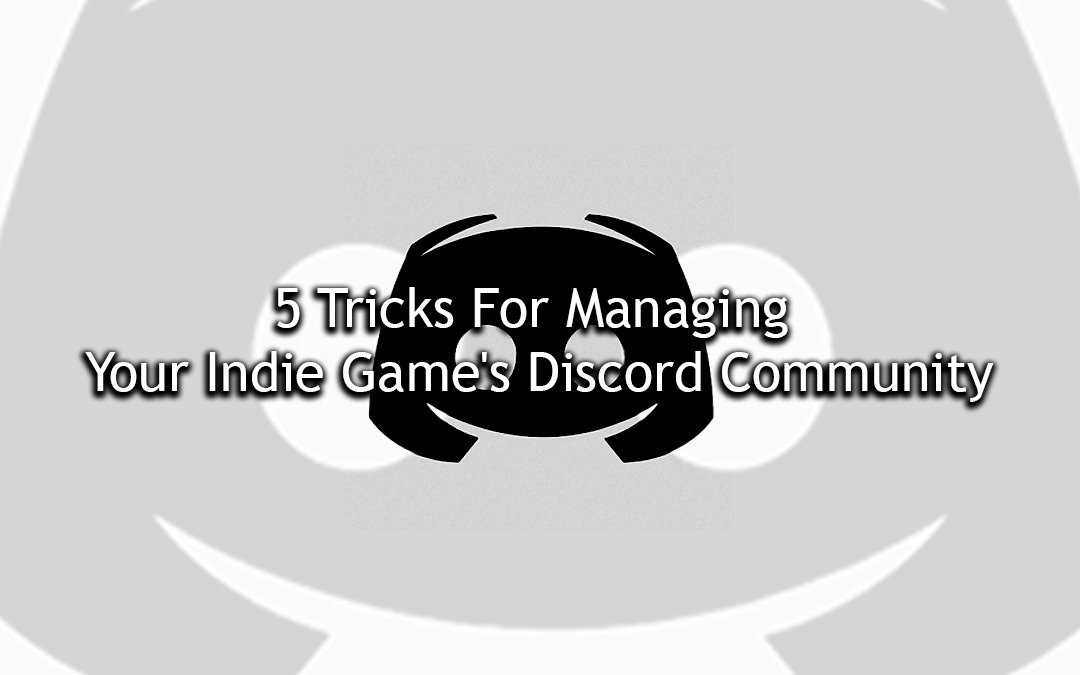 Discord is a rising superpower amongst the available free voice chat clients. It allows for free voice chat between two people, a group, or within a server—similar to the days of Ventrillo and Teamspeak. It has risen in popularity greatly over the past year and is mostly used within the gaming community. However, it has a greater range of users as of today, and not just in gaming. Since it’s free, it has attracted people from different communities too.

A popular trend now, especially for indie developers, is creating a discord in association with a game that you are creating. This helps to bring together people that either share an interest in that game or who actually own that game. These people can talk to others that play the same game, network with new people or connect with the development team themselves. This can allow for general discussion and players to divulge information regarding bugs or lead to possible improvements for your game. It is a much more accessible way to communicate than older techniques such as IRC.

A beneficial step when it comes to having a Discord community is to make sure that you as a developer are present as much as possible. Players want a connection to those that make their games and it becomes ever so important as your number of fans grow. Social Media is what people a few years ago would have relied on, having access to Discord however makes it easier to address multiple people.

Setting up a welcome message for a discord is a great way for fans to feel included. Discord servers that don’t have one may feel barren.

There are three major ways for you to connect to your fans in Discord. The easiest way of doing this is simply through text discussion: being present in discussion with fans is where others can see you the easiest, so addressing people not only gives the one asking questions insight, but also because messages are public, you are giving answers to questions that might be repeated.

The second most common way is through voice chats. Whether you engage in a massive group of people or if you have a Q&A session and maybe stream it through YouTube or Twitch, this allows for a much more refined line of interaction. The third way is simply through direct 1 on 1 messages. This is likely the slowest way to address concerns, but having that one on one interaction with fans allows for them to know that you are just like them and instead of being a faceless brand you show them that you are human. This is a trait major companies such as Ubisoft, EA, and Activision do not have the luxury of having. The most that larger companies can do is stream events, but doing anything more personal than that is harder due to the sheer number of employees that are in each company.

Due to Discord’s low barrier of entry, it can become inundated with new users and feel quite crowded in no time. Before you get to this stage, it is best to think ahead and appoint moderation positions and organize discussion into multiple channels. Channels are essentially just different rooms or sections that your discord server can be partitioned into. The goal in mind with this is to bring order to any potential chaos that would happen if you didn’t have these channels. They can be sorted into as many sections as your like, but I’d suggest some required sections such as announcements, general discussion (related to your game), troubleshooting or bug related discussion and an off topic section.

With more and more users joining your Discord server it can become overwhelming and the solution to this is separating your members into groups and more importantly by color.

You can sort people by their staff position, whether they are newcomers or regular members, or maybe if they are donating members or non donating members. For people to communicate by voice, you might want to provide certain levels where members can access voice chat channels.

With a vast number of discord servers going well above 500 members online at one time it can be crucial to have these measure put into place. 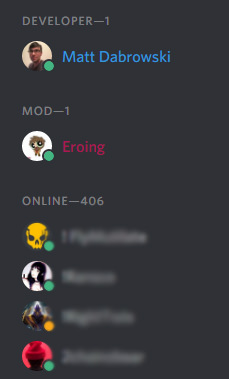 Color coding of members helps indicate who is responsible for what. This is crucial once you have moderators.

Nearly every Discord server has its rules, and a server can live or die by its rules. Since you have moderators as detailed above, these discord staff members need to understand their boundaries in accordance with the rules as well. Nobody should be exempt from your Discord rules, even mods. So you yourself as head admin or owner should be mindful of the daily activity that goes on in your Discord server. 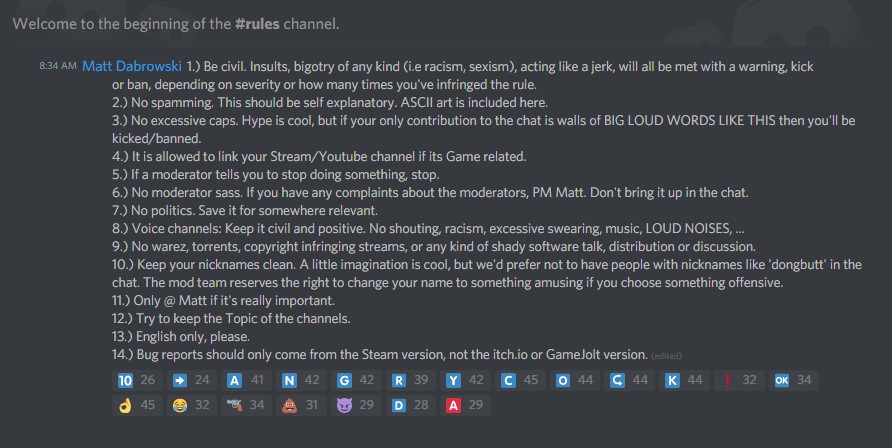 Setting your rules is fairly simple and somewhat similar to text based forums online. You can modify rules for channels too but starting off simple is the best way to go about this.

You also need to create your rule list and post it as a welcome message so that any new member that joins, it will be the first thing they see. General recommendations for rules can be, keep all discussion safe for work, or if course language is allow you can make it clear your server is 18+.

Spam is a possibility, so making sure that there is no spam should be a requirement. This is something moderators should learn how to punish for, so any account that is spamming can be either warned or kicked on first violation.

Try to never be overly strict however, you want to keep people in your discord server so only enforce punishment in the case that rules are broken on purpose, some people might make mistakes accidentally from time to time depending on the rule.

Making Robots Do Your Bidding

Another tool that is a part of Discord is creating bots to act out certain tasks. One of these tasks can be displaying online posts from sites like Twitter for example. This is a great and handy method to spread information out the more people. This is what is called a WebHook in Discord. WebHooks can also be used to send data, and you can update your Discord server using it.

A tutorial for creating a Discord WebHook can be found here: Link

At the end of the day, Discord is only one option of connection with those online.

It can never really fulfill the full scope of communication with every single person possible.

That’s why it’s important to keep active on as many social networking sites and platforms as possible. Discord is extremely dynamic in how it works and what it features but it still won’t reach everyone no matter how big of a server it could become.

Discord, however, is a good start for any independent developer, as you can reach a larger number of people much quicker. It serves as another way to market your product whilst building new connections to fans and even other developers.

Did you enjoy this article? If so please spread it around on social media. We’d love to interact with people from the industry and branch out to make connections with the team at Black Shell Media. Our Twitter is located here.