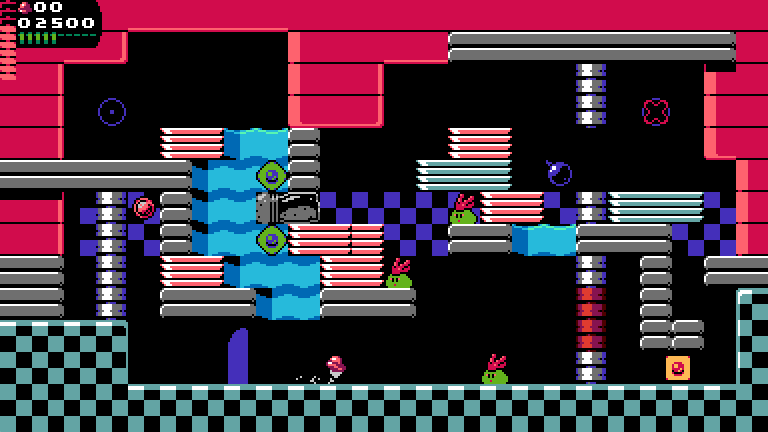 It popped up weeks ago under the hashtag #UFO50 with nothing more than a screenshot, which sparked the curiosity of many players. The official announcement happened on August 7th, 2017, after several of the developers involved posted numerous screenshots and teasers on Twitter using the hashtag. This is Derek Yu’s first project since Spelunky, back in 2008. 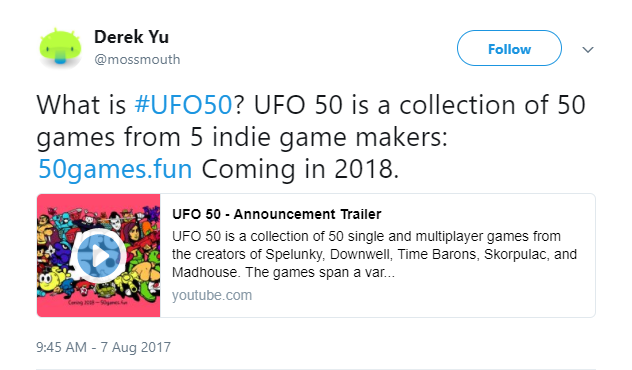 Marked for release in 2018, the collection will feature exciting platformers, shoot-’em-ups, strategy games, RPGs, and plenty of unique genres.

Take a look at the trailer below:

Recently the developers explained the process in an interview to Rock Paper Shotgun:

“Each game has a director who came up with the core concept, but everyone on the team worked on games they didn’t direct and helped with art, programming, and design.”

To make the games feel more authentic of the time period they’re set in, they also took great care in creating a backstory:

“The story of UFO 50 is that the games were all created in the 80’s by a fictional company that was obscure but ahead of its time. They’re all connected by a unique 32-color palette and other restrictions we decided on to make them feel more authentic.”