How to Effectively Implement a Monthly Subscription Model for Your Game 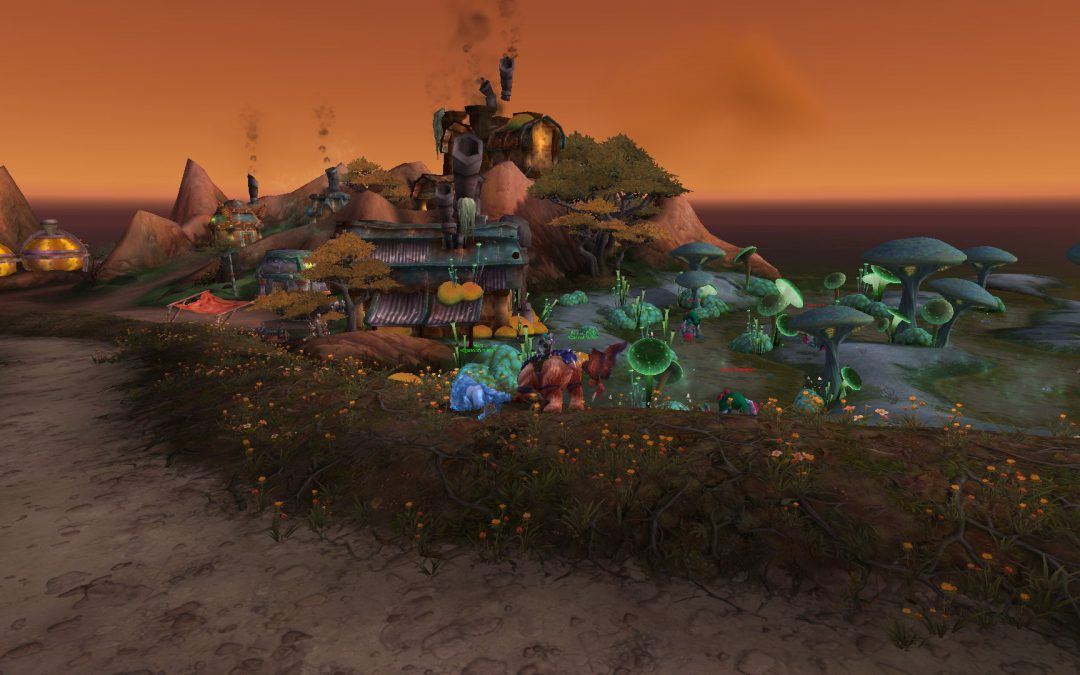 Despite the popularity of video games and their ability to stay continuously appealing, developers are still unsure how to profit off of their hard labor. This had led to a lot of experimentation with price cuts, sales, bundles, and, most noticeable of all, subscription models.

Games like Star Wars: The Old Republic became free-to-play back in 2012, which now offers an optional subscription model that grants unlimited access to all game content and features. Another game that followed this model was Elder Scrolls Online. After being consistently bashed for their initial game design and buggy mechanics, they each changed to free-to-play, offered an optional subscription, and then made changes that vastly improved the game.

Clearly, when it comes to MMOs, the reigning genre king of subscription models, it seems like everything is being pushed in one direction. This is in large part due to World of Warcraft, a game that has had subscriptions since day one, over 13 years ago, and has failed to change with the times.

So the questions are many. Should everyone follow what MMOs do, or does it vary by platform? What benefits can come from implementing subscription models? And what resources are available to facilitate the process?

“If you want to build a subscription-based game, you need to make sure that [it] is the proper business model for the game you are making, for the type of content you’re delivering for the type of game and service with which gamers get new content and what it is they get.”

In an interview with gaming news publication Develop, Reid spoke about subscription models and how they are changing monetization in gaming. He explained that if you’re looking to create a subscription model for your game, you need to design it around the game itself. That means that the type of content you’re putting out there (your game) needs to be in line with the subscription model. Also, you’ll need to consider what service you use to deliver the content, and what it is players get.

For instance, with Elder Scrolls Online, players have the option of becoming members of ESO Plus, which unlocks “full access to all DLC game packs in the Crown Store, 1,500 monthly crowns to spend on in-game items, unlimited storage for crafting materials, and loads of additional bonuses,” according to their website.

Included with the membership:

Their subscription options are as follows:

So how is this in line with the game itself? Well, for starters, ESO is very much an MMO for people who don’t want to play your traditional MMO. The game allows players to play however they want, whether it’s single-player style or your typical massive multiplayer experience.

In the words of ESO director Matt Firor during an interview with Metro:

“ESO is not really a traditional MMO, so we don’t use that term much around the office—and it is this distinction that separates it from other games. If you want to play it solo, like you did with other Elder Scrolls games, you can do that. If you want to play it super-grindy with dungeons, Trials, and group bosses as the core of you experience, you can join up with others and do that too.”

The game has a very Elder Scrolls appearance to it, right down to the faded colors and attention to detail. Players can chat like any other MMO, but due to its 2014 release, it’s still a very vibrant community: there is less hostility and crude behavior than in long-standing MMO communities.

ESO also has a lot of story-driven content, with quests that dive deeper into lore and character development. Although the option of grinding older content is there, the game overall is vast and allows for an adventuring approach, if players choose it.

But how exactly does this all connect? For starters, the game doesn’t mandate that players purchase anything from their store. None of the gameplay requires it. However, it’s helpful when it comes to options. Starting out, players will be waiting a while to get even halfway decent gear. With costumes (transmogs) from the Crown Store, they can at least choose to look better, if they want.

Also players that love the game may want to purchase all DLC, which ends up being quite a bit. On the PSN Store now, the Morrowind DLC and the base game is $79.99. Imagine shelling out money every time there is an expansion—subscription members don’t need to concern themselves with it.

While they do pay a low monthly fee, they get a lot of return on investment on things like double the bank space, which does get used up fairly quickly in the game, especially if you have multiple characters.

In other words, the ESO subscription model works because a) it’s optional; b) it’s low cost; and c) it offers convenient options to people who want access to everything long-term, and see themselves getting all the DLC moving forward. It makes in-game life a little sweeter, but it isn’t essential to progression. If anything, it all adds even more Elder Scrolls charm to the whole experience.

The final step to game consideration is deciding on a service with which players get the content. That means deciding whether you want the game to be predominantly PC, Mac, Linux, PS4, or Xbox. This is typically easy to answer depending on two things 1) what type of game you’re putting out and 2) your audience.

If you’re putting out a game like EVE Online, an MMO even older than World of Warcraft, you’re putting out a game that is filled with politics, subterfuge, and grand-scale wars. There are factions rising and being overthrown all the time. And the community has typically been pretty hardcore for a long time, at least until they began making changes. This game would not bode well on console, where the platform doesn’t typically cater to the elitist crowd and play sessions tend to be shorter. PC gamers on the other hand, eat it up.

On the other hand, ESO made perfect sense. The game began on PC—ironing out some bugs by taking criticism from the more critical players found on the platform—before launching a console version for Xbox and PS4. This put their name on the MMO community first, and guaranteed the proper changes were made—changes that appeal to the vast majority of MMO players. Launching on console was the next logical step, as Elder Scrolls has a huge console following. It even plays well with the fact that the game is playable individually if players choose to do so.

Of course, that leads to further examination of your audience.The type of player that enjoys EVE Online isn’t exactly going to be the one playing Angry Birds Evolution, let alone paying the $24.99 monthly subscription cost, which is more than your most popular MMO, World of Warcraft, at $14.99 per month.

Statistically speaking, most mobile gamers are females, while most PC and console gamers are male. Also, most gamers are now over the age of 35, with an average of 13 years of experience playing games. That means male gamers are more inclined to play traditional genres like FPSs, MMOs, and RPGs, while females are, on average, more comfortable playing casually. More so, due to the advancement of smartphones not really being a thing until the late 2000s, chances are females who only play mobile games have an entirely different perspective than the typical PC or console gamer who remembers GoldenEye 007.

In other words, when launching a game and creating a subscription, you have to think about what each platform expects. MMO players had been used to subscription models until they realized they prefered to play WoW for that same amount of money. The game features quality of life, and content that keeps being refreshed every two years. To beat the competition, most MMOs are now free-to-play, with an optional subscription model, which has all led to a bit of a resurgence of the genre.

Meanwhile, those on the mobile platform aren’t used to subscription models. It’s a relatively new thing to that particular audience, and due to their ability to play whenever they want without having to invest in a console or other peripheral to play the game, they see $24.99 as a reasonable price tag for a monthly subscription. As time goes on however, chances are that that number will go down.

Now, providing a subscription model requires extensive work. Apart from all the analysis and research that goes into making the right design decisions, there is the matter of actually implementing said subscription. This is where you might need a helping hand, but luckily, there are plenty of resources.

Aria is a great service to use, and it’s trusted by companies like Dell, Hootsuite, Audi, and Adobe. They specialize in helping companies cultivate lifetime value, unlimited monetization, and recurring revenue. They also help with agile billing, revenue leakage, web commerce and market dominance.

For subscription models, their recurring revenue solution pairs well. With this system, developers can add new customers on their websites, and automate customer onboarding, service activation, charging, billing, and invoicing. They can also keep player data in sync across all systems through Aria’s pre-built integrations with leading tax, financial, payment, ERP, and CRM applications.

Of course, the system is also metric tracking friendly. Developers gain a complete look at their MRR, ARR, retention rates, and churn. It’s easy to track products, promotions, and upsell or cross-sell offers.

Another helpful resource is Xsolla, trusted by Crytek, Twitch, Steam, and Ubisoft, to name a few. What makes this resource different is that Xsolla works exclusively within the gaming industry, no other industry, which means they’re highly specialized to give developers what they need.

The global distributor and publisher of video games provides technical tools that enhance the potential for success. They make it easier to acquire new users, process payments, build and manage their game store, implement fraud protection, track metrics, etc. The list is extensive.

The Xsolla Subscriptions module allows developers to set lengths (days or months) and price points for each subscription plan they create. They can give players bonuses for selecting particular subscriptions, or even offer trial periods before the subscription officially begins, just to give players more of a feel for what their money can actually buy. This is revolutionary on all levels.

Learning from the Best

Clearly, there is a lot that goes into creating a subscription model. However, mobile games and MMOs have shown us that it is entirely possible to be successful with them. If your game has a lot to offer, consistently features new content, has a following, and a vibrant community behind it, you just might want to hop on the train.

Of course, the true test to a successful subscription model is the ability to design it all based on a few key factors: the game, the audience, and the right resources.

If you can provide value for the money and offer a model that directly works in correlation with the game itself, you’re already on the right track. From there, it’s all a matter of carefully selecting a service, or platform, with which to launch it.

And don’t forget the resources. It pays to have a helping hand from industry leaders who work with subscription models every single day. It’s better to have them handle any potential mishaps or redirect you in another direction, should things not pan out accordingly.

If you enjoyed this article, feel free to retweet it. We love making new friends here at Black Shell Media, so don’t be a stranger.