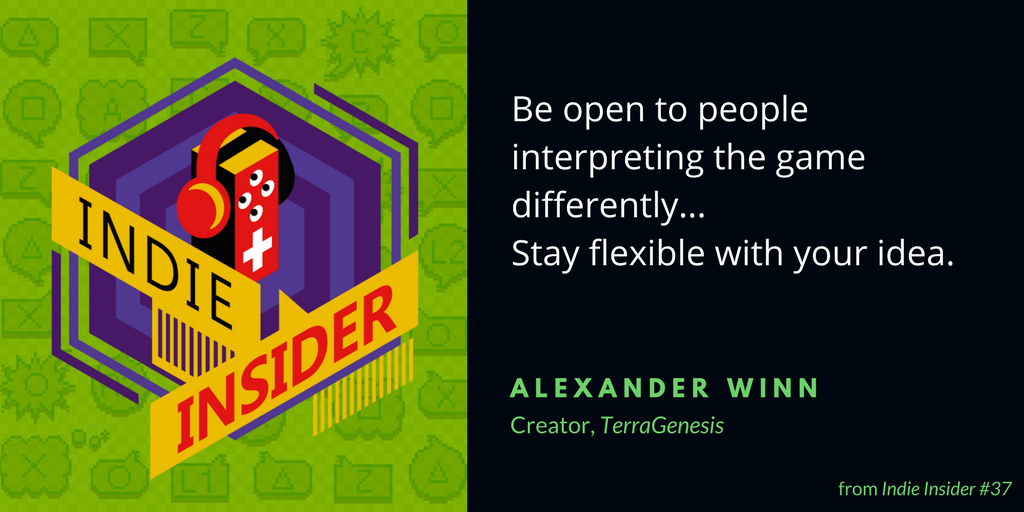 This week’s guest: Alexander Winn, founder of EdgeWorks Entertainment and creator of the hit app, TerraGenesis!

A couple of weeks ago, someone named Alexander Winn sent us an email asking if he could come onto Indie Insider to talk about his mobile game, TerraGenesis, which was apparently quite successful. I was impressed by his willingness to reach out, so I followed up with Alexander and we scheduled an interview.

I couldn’t be more pleased that we got him on the show. Alexander’s story is one that is very much the rule, not the exception. Sometimes it takes 24 failed apps before you hit a home run, but his lesson is perseverance is one that everyone should hear.

The most common piece of advice we receive from guests on this show to those interested in making games is “Just do it.” But less often, yet arguably more important, we hear the advice “Keep doing it.” That’s the story here. Take some time today and check out Alexander’s story. I’m sure you won’t be disappointed.

Indie Insider, presented by Black Shell M​edia, is the podcast that dives into the independent video game scene by speaking with indie developers, publishers, and industry professionals about their projects, stories, and thoughts on the hottest current topics! Indie Insider airs every Monday on BlackShellMedia.com and podcast hosting sites everywhere.

Black Shell Media is a publishing​ and marketing firm dedicated to helping independent video game developers reach massive audiences, publish financially successful titles, and turn game development into a career. It’s our mission to help game developers get more of what they want out of a rewarding opportunity in the game industry: more fans and sustainable revenue to keep them moving forward.