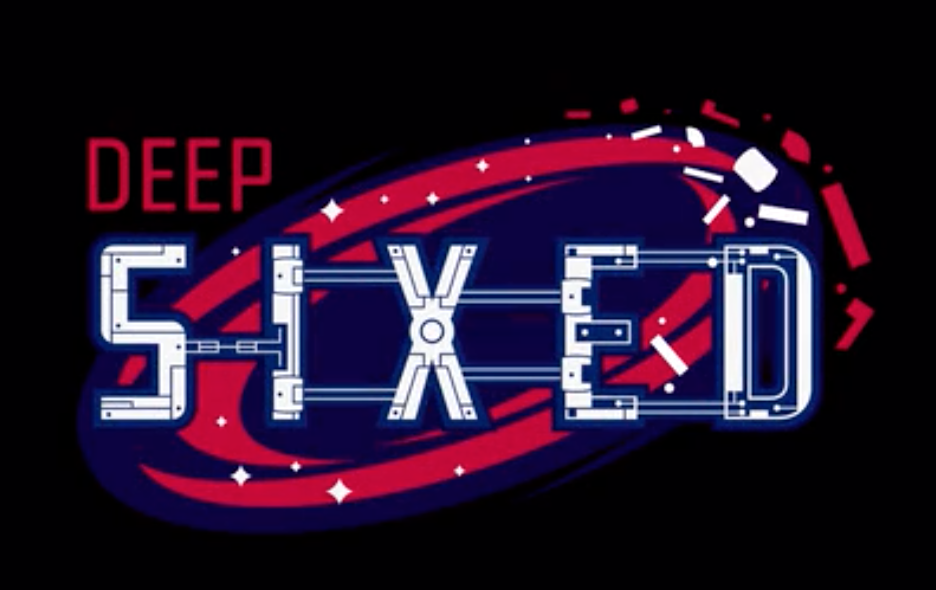 We recently had a chance to talk with Ryan Hewer of Little Red Dog Games about Deep Sixed, which just had its Kickstarter campaign go live today. Check out their campaign here!

Black Shell Media: Where did the inspiration for Deep Sixed come from? What is the game’s origin story?

Ryan Hewer: The first design work began about six months after our previous game, Rogue State, so around January 2016. We knew early on we wanted to build our brand on a reputation of strategic single-player gameplay, but we wanted a completely different thematic influence for our next game. Deep Sixed started on paper as a deep-ocean survival game, but we really wanted the player to experience the uncertainty of interacting with mysterious wildlife.

We were really impressed with Subnautica and how Unknown Worlds does a great job of dropping the player in an alien ecosystem and lets them figure out for themselves what poses an immediate threat and what is simply a curiosity. It became immediately clear that outer space would provide a lot more flexibility in terms of the sorts of situations a player may encounter, but those deep-sea influences are obvious and embraced in our creature designs in the nebula. After a lot of experimentation with the same engine that was used for Rogue State, we elected to build from the ground up in an entirely new engine for us that would better support a hybrid of 2D/3D elements. That paved the road for a whole lot of new mechanics that would have been impossible before.

BSM: Deep Sixed seems like quite the departure from your previous game Rogue State, in both tone and genre. How has your development experience differed between the two games?

RH: Deep Sixed is the kind of strategy game that places a lot of emphasis on swift decision-making and crisis management rather than slow deliberation. While both our games can be loosely described as challenges to stave off entropy and chaos as long as possible, our goal from the very start was to have this chaos play out in real-time and saddle players with the burden of making irreversible snap command decisions.

BSM: What were some of the challenges or obstacles you had to overcome during development?

RH: At times, we considered rendering the entire ship in three dimensions and allow players to walk around from section to section conducting repairs—and there are a lot of benefits to going about development this way—but there was simply no way a studio our size could provide the level of design and detailing we would have wanted for the ship if we were to develop the game as a traditional FPS. Instead, we opted for a hybrid of 2D foreground interior and a 3D background exterior. Creatures “swim” through the nebula in three dimensional space like in an aquarium, and players can quickly switch between rooms to observe this.

Furthermore, animating the wildlife in a manner that appeared realistic was—and remains—a major struggle, but we’re getting to the point now where they’re starting to move very fluidly and unpredictably as creatures might in an aquarium. An unreasonable amount of time has been spent watching zoo and aquarium footage—you don’t even want to know.

From a metagame perspective, another major challenge was balancing our desire to have a really well-structured, beautifully written story with creating an open-world for players to explore that wouldn’t interfere with the narrative. This is the first game we’ve built where we face issues like how open-world missions could impede or break the rhythm of the game’s narrative. We’ve worked really hard as storytellers to keep that all in balance behind the scenes.

BSM: What are the kinds of players you think will fall in love with the game? 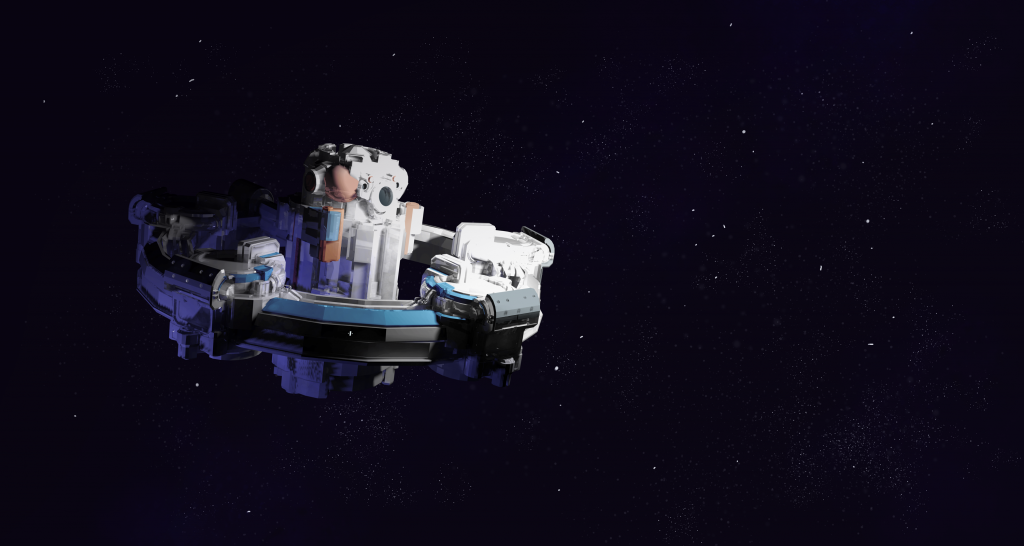 RH: Despite the new thematics, I think there’s something really there for the diverse fans of Rogue State. The game shares the lifeblood of a high difficulty curve and punishing, but ultimately rewarding, gameplay. We’re looking for players who enjoy a little bit of pressure from games like Dark Souls or Keep Talking And Nobody Explodes, and our fans can expect to struggle and die a lot. But the game ultimately provides those hard-earned rewards for the ones that persevere and take their lessons learned back into the cockpit. The science fiction themes are going to enjoy some broad appeal, but more importantly, you can expect a lot of the same dark humor from all of our games to be just as clever (and bleak) in this one.

BSM: How has interaction with your fans been during development?

RH: The fans have been really great, and we’ve seen a lot of growth in our engagement now that we’ve finally got something in a very advanced state to show off. Our hope is that our Kickstarter campaign will introduce our work to a larger audience and bring a passionate few into our inner-circle with some fresh perspectives and insight of their own.

BSM: What do you feel makes Deep Sixed unique?

RH: First, the story really is thought-provoking and original for the genre. Without revealing too much, we think it’s going to really affect players more than they are expecting from a science fiction game. With Deep Sixed, we’re putting the story completely out in front.

Second, there’s that emphasis on really getting to know how your ship works. This isn’t the sort of game where you click the “repair” button and a problem is solved. If there’s a burst pipe, players are going to have to shut off a safety valve, inspect the damage, consider their options and resources (material and temporal) for solutions, and then get to work. I don’t know of many games that let players explore the nuts and bolts of ship operation the way that ours does, and we’ve got a lot more layers to this concept that we want to build upon after the Kickstarter campaign is completed.

Finally, there’s the attention to complexity behind the wildlife behavior. The wildlife is going to exhibit their own predator-prey and scavenger relationships with each other out there. They’re going to surprise you by doing things you weren’t expecting, and you’re going to have to be quick with your lasers or your camera to catch them.

BSM: What are the plans for after game launch? 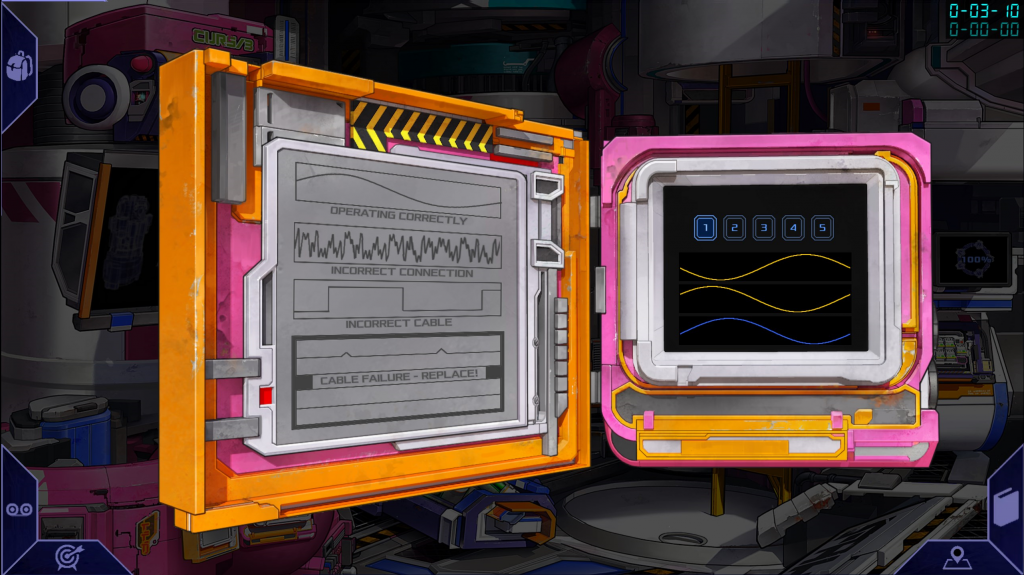 RH: A successful launch for PC, Mac, and Linux would give us the freedom to split our team into two tracks. The first track would be devoted to bringing the Deep Sixed experience to mobile markets, and if the demand is there, a fulsome analysis on the practicality of a console port the following year. The second track will start to break ground on plans for a sequel to Rogue State that we’ve been sitting on for a little while now. This sequel will continue the storyline from the first game but completely reinvent the gameplay that supports it to something completely fresh and unique.

BSM: What is one piece of advice you’d give to the indie game devs still working on their first or second game?

RH: Well, we’re still looking for a breakout success in a crowded market with developers just like us, so we’re not in a position to offer great wisdom, but I can say that our company’s approach is to distinguish ourselves with a story that players haven’t heard before and mechanics they haven’t played a hundred-times earlier. We believe that consumers are growing weary of games that feel too familiar.

Interested in backing the game? Don’t forget to check out the Deep Sixed Kickstarter page for more info!