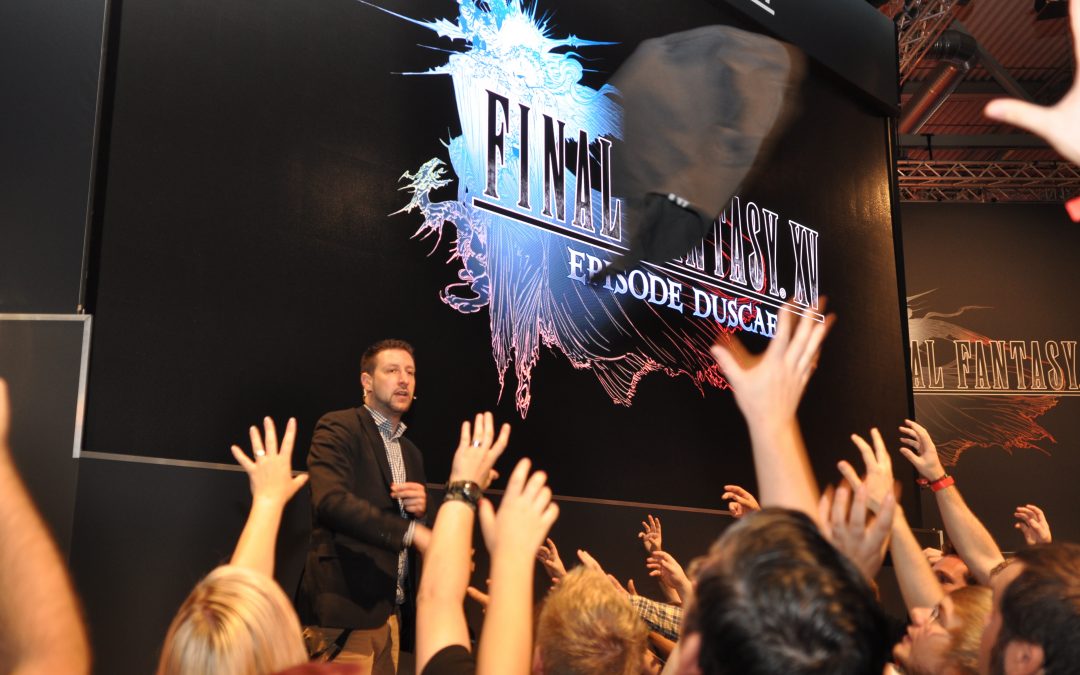 It’s a science fiction and fantasy series created by Hironobu Sakaguchi and developed by Square Enix. It’s the largest RPG series on the planet—It’s Final Fantasy. First published in 1987, the series was originally a last-ditch effort in the game industry. Sakaguchi expected it to be the last game he ever made . . . unless it did well.

And we all know how that went.

Inspired by Tolkien, the Dragon Quest ripoff featured dwarves and elves, robots and underwater temples. Today’s 20- and 30-somethings grew up with Final Fantasy. We saw SquareSoft turn into Square Enix. Characters like Cloud, Tifa, Squall, and Rinoa grew up along with our generation. Players saw all their triumphs and tribulations, sympathizing with these characters.

Soon, it was more than a series. It became a story. It became a collection of characters with ups and downs. It went beyond the shiny crystals, giant swords, and a dead Aeris—although fans all agree it was a genuine tragedy.

So, love it or hate it, no one can dispute the fact that Final Fantasy is not only huge, with 14 main installments, 3 direct sequels and too many spinoffs, it also boasts a giant fan base. Clearly, they’re doing something right. Here are three of the many lessons you can use as a game developer.

When you think of a story . . . what first comes to mind? Is it the setting? Is it the protagonist? Perhaps, but if we’re being perfectly honest, none of that truly comes to life until the music begins to play, right? Suddenly the story can go from peaceful and magical to an epic hero’s journey. The setting is no longer just a fictional fantasy place, but a far off land where exciting and dangerous things happen. In the first 1:40 of the video above, you get to go through all those motions. In 100 seconds!

The music in Final Fantasy has long been regarded as nothing short of epic. It’s enchanting with its ability to make players feel like they’re genuinely in the story, sharing the same space as the beloved characters. Every action becomes meaningful. Every fight more challenging.

If there’s nothing else you wish you take away from Final Fantasy, let it be the lesson that music makes the story.

Another lesson the series can teach any game developer is the fact that somehow, it’s approachable. Yes, Final Fantasy is approachable. It’s the largest RPG series in the world, with tons of games that don’t connect other than some common themes. Some items have the same names, like Potions or Phoenix Downs. There are staple creatures like the horse-bird Chocobos, or the Moogles. But all in all, none of the games are connected. And this is a good thing! Anyone can pick up any game and not feel like they’ve skipped to the middle or end of a long journey.

The lesson here? That a story can be the length of a game. It doesn’t need to be the next Mass Effect with Commander Shepard being in all three major installments before dying. It doesn’t need to be the next Uncharted, where Nathan Drake’s story continues through each game. Stories are great because they can all take place in the same universe, sharing elements, and yet being entirely their own. This makes it easier for players to pick up any game and become immersed. 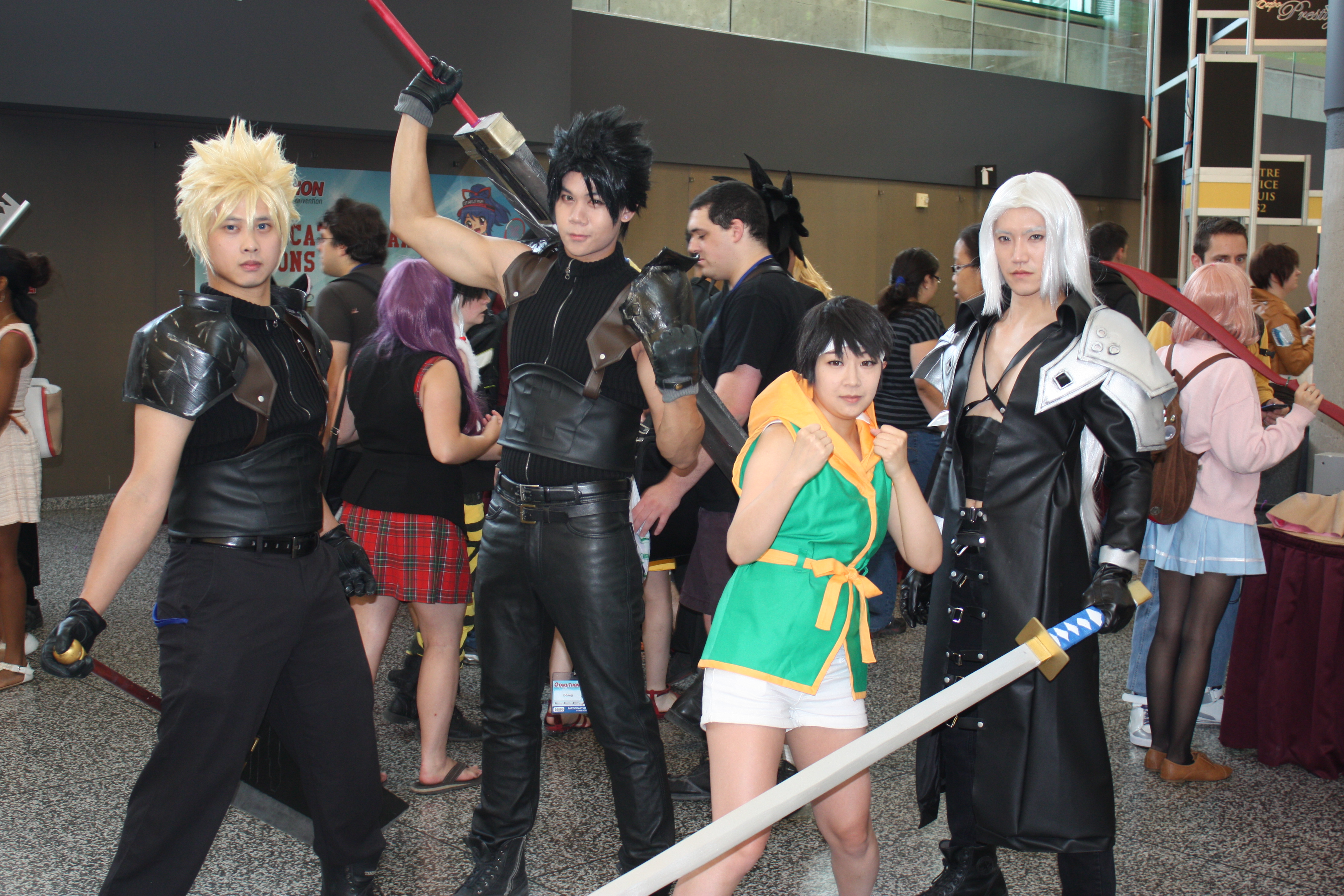 Finally, let’s take a look at the most important lesson of all: Final Fantasy knows how to make players feel like they’re on a journey. At times the journey is weird and confusing. At times, the translations from Japanese to English get a little wonky, but avid FF players always feel like they connect with the characters. Terra Branford and Cloud Strife make these stories. Every single character in the series has a message to send home, and each story has a way of connecting with the players. For instance, even the iconic Vivi Ornitier has meaning: he’s representative of the classic human struggle of having to figure out what makes us all unique in the world.

The music brings the setting to life, while the characters each bring their own message. The stories feature highs and lows, focusing on character mistakes, and challenges, as well as highlights. They know how to write a story where character relationships and actions matter.

The lesson here is to work on your writing. If you’re working on an RPG, make the story shine. Make it enthralling, with characters that can stand the test of time. And that usually means get yourself a writer who has experience writing fiction outside of games. Someone who can write a short story, or novel, and describe their characters in detail.

There are weaker games in the series, as well as stronger ones. Ask five Final Fantasy fans which is the best game, and you’ll get twenty different answers. But something everyone can agree on is the fact that the series as a whole is filled with magic, emotion, lovely music and a unique ability to captivate players on another level. All while being strangely approachable!

And it’s these traits you can incorporate in your next game. You can make a series, and stories can be the length of a single game. You should focus on amazing, memorable music. And stories do matter. It might not count in an FPS or strategy game, but it certainly does in an RPG.