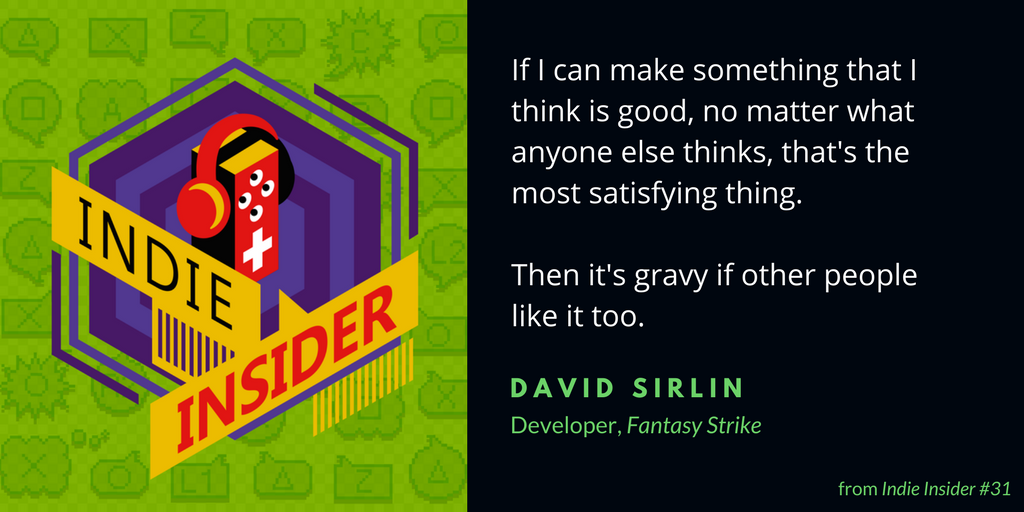 I didn’t know what to expect from David Sirlin, but this is one of my personal favorite episodes ever. We talk about his time in the professional competitive fighting game world, and his story about the documentary he was in and how 9/11 changed everything left me speechless. We spend a while talking about indie board games, and how he created a series of games (some successful, some not-so-much) built around characters for a fighting video game that never existed…until now. We even chat at length about what David thinks makes a card game better than Magic, and how he managed to create it.

This episode is simply packed with knowledge, stories, and inspiration. I hope you all enjoy it as much as I did.

Indie Insider, presented by Black Shell M​edia, is the podcast that dives into the independent video game scene by speaking with indie developers, publishers, and industry professionals about their projects, stories, and thoughts on the hottest current topics! Indie Insider airs every Monday on BlackShellMedia.com and podcast hosting sites everywhere.

Black Shell Media is a publishing​ and marketing firm dedicated to helping independent video game developers reach massive audiences, publish financially successful titles, and turn game development into a career. It’s our mission to help game developers get more of what they want out of a rewarding opportunity in the game industry: more fans and sustainable revenue to keep them moving forward.