How to Be a More Effective Game Designer 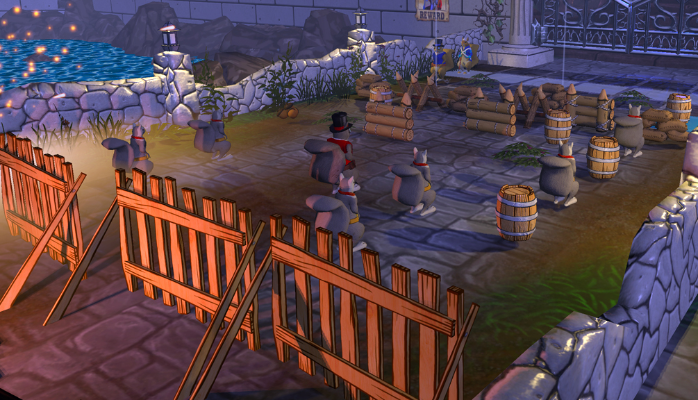 Design risk. This is the basic idea that your game might completely suck on release. Okay, so you have a great design document, and everything is perfectly outlined. You then call in your crack team of programmers and . . . they say they can’t code the game with your exact vision due to some technical limitation or another. Or even worse, they’ll begin to work on your game and it’s not to your liking, even after many iterations. You’ve just wasted a lot of time designing a game that doesn’t even feel like your game since you’ve had to work around multiple programming constraints.

Market risk. You finally have a game that you can take to market but no one buys it, and worse no one even knows it exists. You know little about advertising and you budget is pretty destroyed at this point. So what are you going to do? Take a few online classes, do a little research or just ask other gamers. But . . . doing research on how to get people to buy your game is the last thing you want to be doing this late in the game. Being a good designer is all how about being smart about how you invest your time and money. While marketing won’t be your first priority most likely, it should be pretty high on your list if you want to get your game and your name out there if you’re unestablished.

Remember, game design is a tedious process that takes many tries to get just right. Iteration and prototyping are the keys to good and effective game design, and as a designer, you have to design with programming in mind. You might even have to design with marketing in mind. Iterate, iterate, iterate. The sooner that people can play your game, the sooner you can playtest and work out any issues that can only present itself in gameplay. Also keep in mind that a game with a shorter core game loop (somewhere around 30 minutes) will give you more iterations than an immensely complicated game. Consider this when you are creating your game. Giving yourself more opportunities to create more iterations will allow you to build a game with a much tighter and engaging core game loop in the long run.

Actionable Takeaways: It’s all about being a diverse game designer. Learn a bit of basic programming, dabble in marketing. Find more ways to add value to more areas of the game development process. I’ve seen many a designer completely fail because, let’s face it, being a game designer in the industry is rough. If you can only do game design, you’ll be more than likely be dubbed the “idea guy” that no one listens to, even if your contributions to the team are solid from your perspective. Actively focus on becoming a more well-rounded game designer. You’ll be glad you did.