Selective UI and When It Works 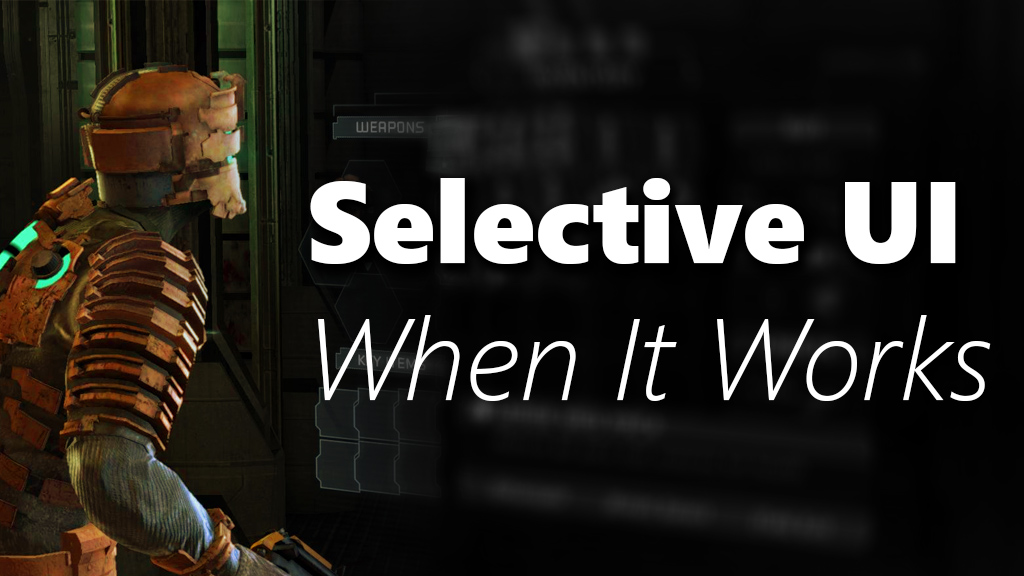 As game mechanics and ideas progress, developers constantly improve on how user interfaces in games work. Many video games rely on a heads up display or a user interface of sorts to display information to the player. This information can refer to anything, about item conditions or health points, but it can also interconnect with part of the game world using game assets, as seen in space and racing simulation games. More often with games coming out today we see the use of selective and dynamic user interfaces. Alongside that, developers have to consider how efficient their HUD elements are and that they are easy enough to understand without detailed instruction.

For as long as games with user interfaces have existed, many developers have utilized them in many different ways. However many games today (whether on console or PC) have an option that allows for the player to choose how they want information displayed. Normally, this is designed in a dynamic form.

As opposed to a static HUD in which the UI is fixed in place 100% of the time, a dynamic UI strives to change this by having timed, transparency, and size changes. Developers have chosen in various games to have an option that allows for information to be toggled at the user’s discretion. This is also done to minimize any impact the UI may have on the player’s gameplay experience.

Screen real estate is important. Compare today with games on DOS and SNES: the user interface was usually large and often took up too much space on the screen, leaving limited space for the gameplay to happen within. Using examples from today, we have Dishonored, which implemented the option for toggled UI elements and also timed/dynamic UI elements for Health and Mana. A much more recent game that also does this is Horizon Zero Dawn, allowing for a dynamic UI experience to remove unnecessary obstruction to gameplay.

These changes to user interface can help with immersion too. Removing static UI elements to allow more screen real estate helps to bring attention to gameplay elements rather than have icons and bars constantly shown in front of the action.

Doom 3 and BFG have interactive displays that are apart of the entire and are scattered in each level. Controlling various things like keypad storage, security terminals and airlock controls.

Other times developers opt to use interfaces that are interactive and implemented into game assets. This can have a wide variety of uses. In Half Life 1, charging bays for your HEV suit used a very simplistic color change to tell you if the bay had energy to dispense. In Doom 3, computers and keypads were fully interactable, with a cursor that appeared on the in-game asset as you looked over it with your game camera.

In simulation games, assets are used as they would be in real life. For example, in racing games the dashboard will have working dials and meters or have digital displays for information about the car and your speed. In space and flight simulation games, you have a similar use of user interface integration where information is surrounding you but not hard-coded to the screen. 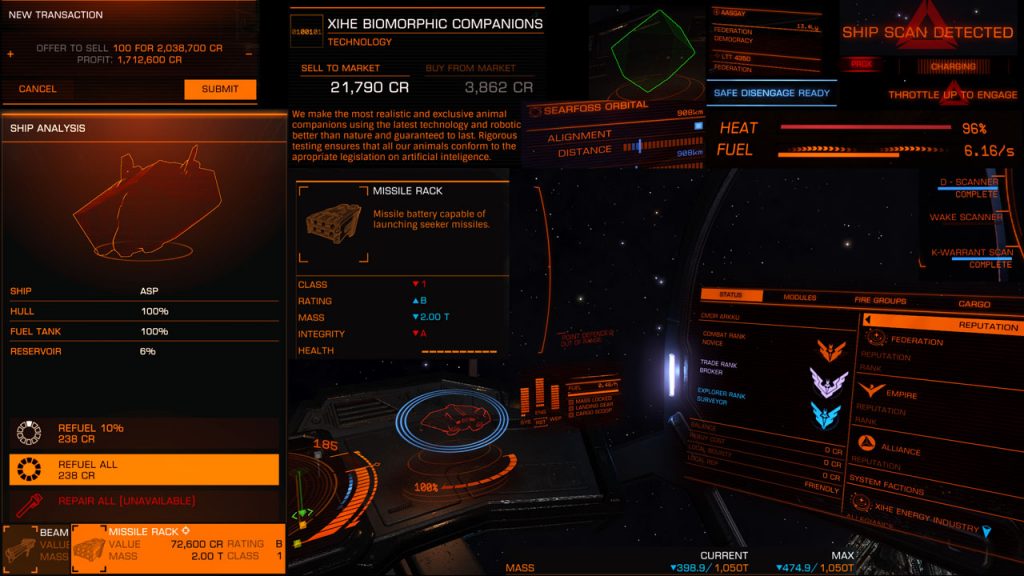 This image here shows much of the Elite Dangerous HUD, it is fully toggleable and customizable, with elements attached in place with the game environment (using holographics_. It only looks messy here because its a collage of all HUD elements.

The best way to implement UI is by having various states in which it can be displayed. Many older games have one state of how the UI works, one that is essentially burned onto the screen without an option to change it. This is something many players have come to expect, but in recent years, it has become an option in games to toggle UI elements. The idea of dynamic UI elements has been implemented with the use of timed elements to allow for a minimalist approach to design.

The intention behind these changes is to reduce how a game screen can feel crowded allowing more room for the action to take place to further immerse a player. As I wrote about in my previous article, immersion is another extremely important aspect in video games. Selective UIs represent an opportunity to bring your player even deeper into your world and ensuring that they can live and breathe the game you’ve created for them.