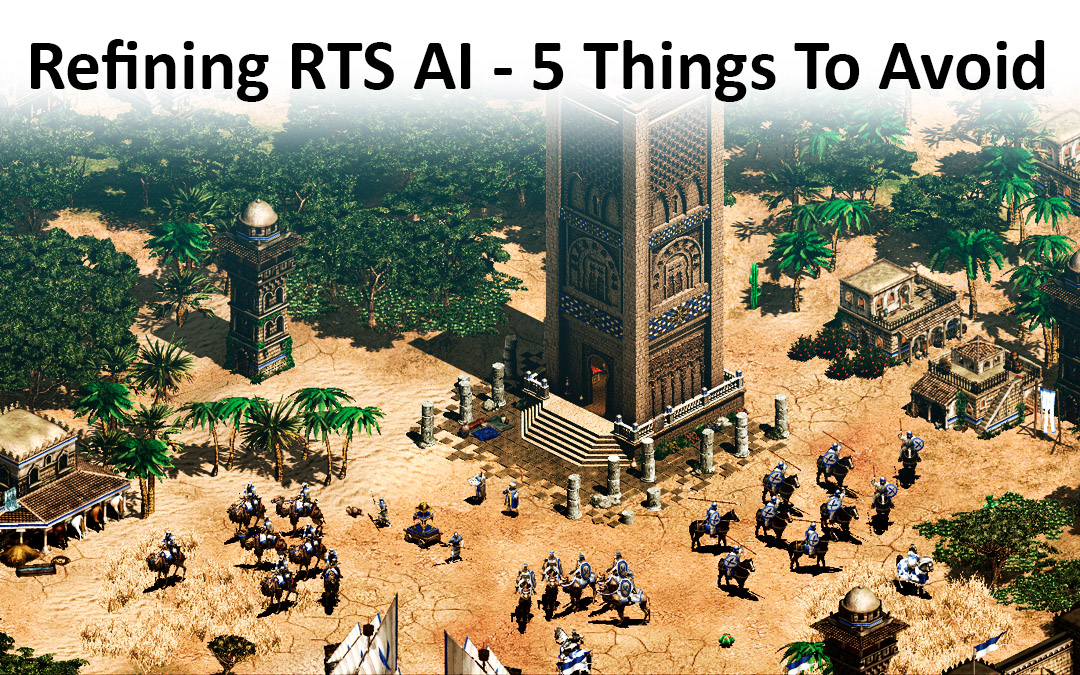 Over the years, real time strategy games have progressed vastly and have changed in style with varying themes and new, unique mechanics. One thing that tends to stay roughly the same is the AI that comes attached to these types of games. Over time AI does improve there is no doubt with that, but as it gets further developed and we get used to each improvement we as humans tend to always find cracks on the surface. It is code after all, code that a developer has sat down and typed up to program certain functions. I want to cover various sections many players who noted over the years including things even I have noticed as well and ways that it can be avoided.

At times, if AI attacks the player, it can fail to use basic strategy in those encounters. For example an opposing faction can send a large group of enemies from multiple zones but the problem is that those enemies will come at you linearly without thinking how to approach. So what will happen is you can take down each group as they arrive. If the AI were to think about how they approach, they could categorize their enemy types by strength/abilities or all coordinate to enter the player zone at the same time. It tends to happen due to code for AI planning in large groups being difficult.

A way around this is to have AI plan carefully in approaches. Depending on where units are in the game world, if you have multiple groups moving across the world and you want them to plan an offensive, you need to change AI and have them wait to regroup before entering combat.

This isn’t exactly an AI-behavior-specific issue per-say but more of a suggestion regarding immersion. It is important in a 4X game or RTS game to have AI dialogue and voice overs that will give your game a certain atmosphere and add to the immersion factor. This will require you to write up dialogue for each character or even various other parts of factions and races.  Now not everyone is that confident at writing dialogue, so it would be wise to hire someone to help you out on this front. You would be surprised how many people are capable and are looking to do work through social media and through Reddit. 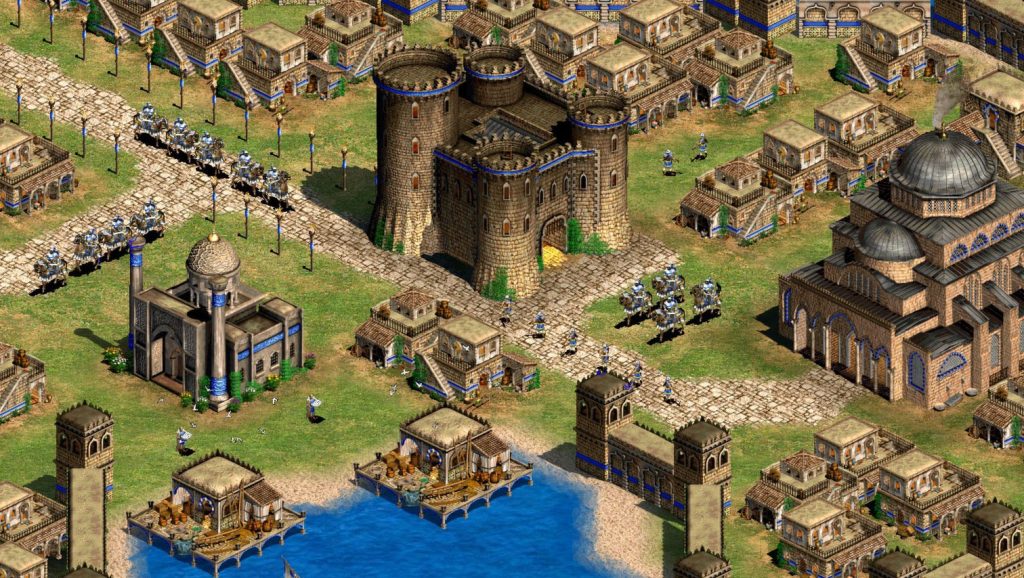 Each difficulty level within Age of Empires has strict parameters as to what the AI can do. For example, on Easy they will never attack the player first, and on Normal or above, they have a chance of attacking first.

When it comes to diplomacy, it can sometimes can be easy to cheese the AI by constantly bribing them with supplies or tempting them into trade pacts. When you bribe AI their parity or relationship to you will easily rise. In most cases, this will be based on various factors and diplomacy actions being a major factor at play.

This is likely one of the harder hurdles to overcome, but a method of reducing the chance of this occurring is to evaluate the value of what can be sent to factions and also enable a way of limiting the value of trade products over time. An example of this is in Sins of the Solar Empire, the game includes a feature of trading minerals over a black market interface that will constantly change the value of those minerals. If the profit received from the black market is higher than that of direct faction trade then it would be pointless for AI to accept what you want to give them. You could also set a hard limit on diplomatic trading and deals or set a timer, which would be good for turn-based strategy, although this may impede on player freedom.

Sometimes you may notice an enemy may be making judgments that always lean on trying to destabilize the human player. Clearly this is related to the AI giving the player a challenging experience but sometimes it becomes unrealistic. If the AI starts to focus primarily on the player then a change may need to be made.

A way around having AI always focus on human players is to remove the distinction of “Human vs. AI” so that the enemy will treat the human player as equal. You need to have a competent AI system for this to successfully work though. Each player, whether human or AI, uses the same mechanics in game, so why would AI treat a human player any different? 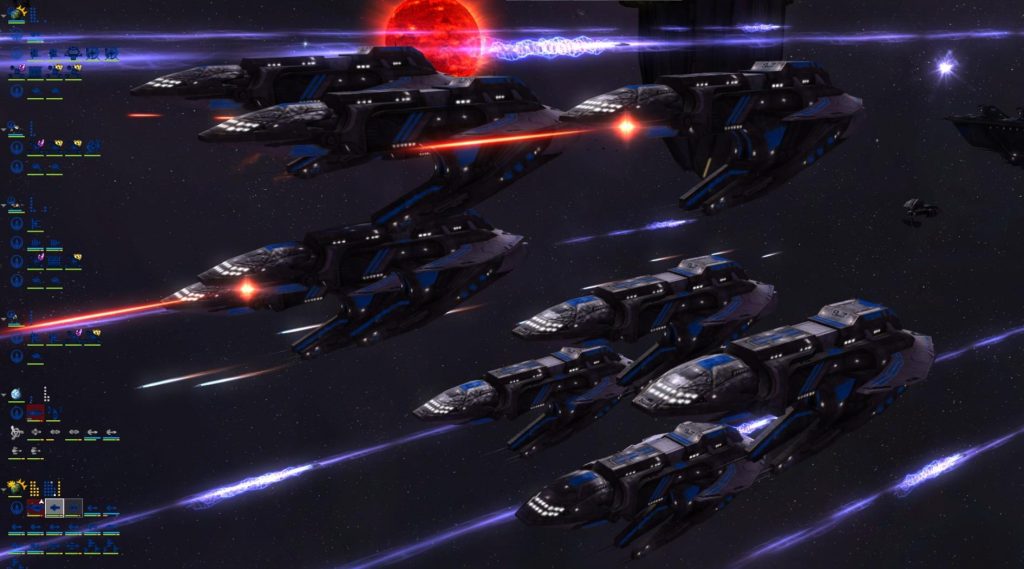 With Sins of a Solar Empire, aside from AI rules, the expanded map and modern RTS mechanics allow for much broader AI functionality which helps add to the illusion of smarter AI. Although after understanding the mechanics of the game, and recognizing what enemies do in various situations, players may be able to detect common actions.

Sometimes diplomatic decisions can be frequent between you and AI enemies. On occasion some of those interactions can repeat. This is a true immersion breaker, because it can get annoying for a player to constantly see the same offer over and over again every 30 or so minutes and even more so if the player is constantly going to decline this particular offer. The issue here is AI that has a bad memory and can’t get the hint the player does not want to make that damn offer.

There are a couple of ways to fix this. One way of balancing this out is to change how offers occur based on difficulty. On easier difficulties let the AI make erratic decisions. This will keep up the flow of a match but if you want to eliminate the short term memory issue then you must set new rules. On harder difficulties set your AI to actually remember what the player decides and make future choices based on this information. If the player has accepted an offer then it may be in the AI’s best interest to continue open trade in the future. If however the player declines two if not one trade offers in a row then this can act as a caution for the AI. Once an AI knows that the player has declined this particular offer then they can refrain from doing so again. Once you consider other gameplay factors this will tie into relationships as well.

The Future of AI is Constantly Refined

There are more and more examples of AI systems that improved greatly over the years, and soon if progress doesn’t change within the gaming industry we will get closer to something that might be indistinguishable to actual human players. AI in real time strategy is an aspect of the genre that over time is constantly being refined and worked on, and with each game that is released we only see greater improvement regardless of how big or small the game is.