Creating Trailers/Marketing Videos For Your Game 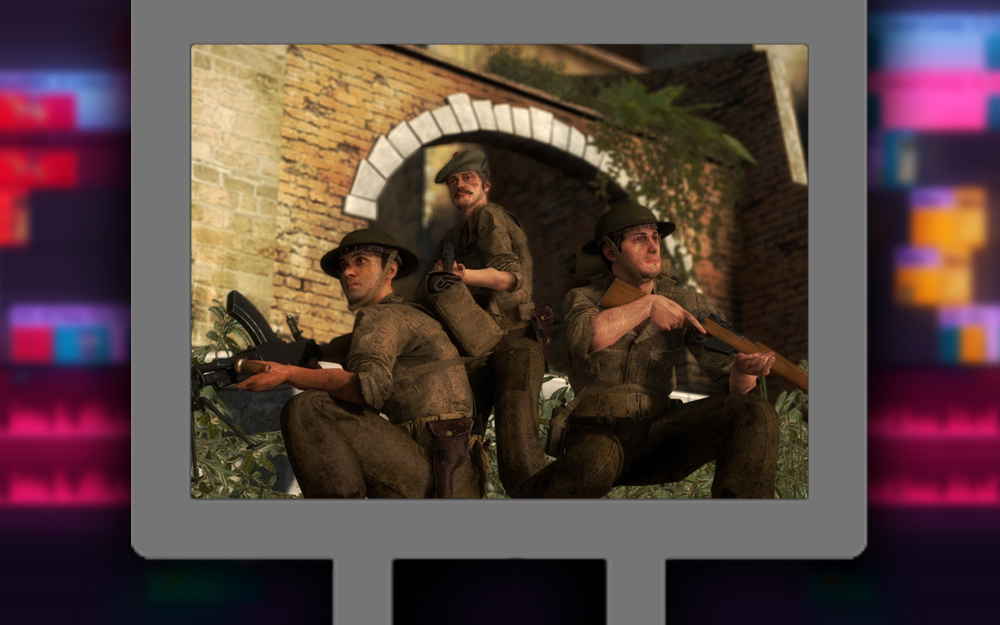 The one thing players appreciate most about new game releases are the trailers that publishers/developers release for them. Trailers are essential to giving players a taste of what your game has to offer when it comes to how it looks, how it plays, and what might be on offer—not to mention their crucial role in generating hype. However, many indie developers don’t have an interest in video editing, so what will usually happen is the work in creating a trailer is offloaded to somebody else: either a developer hires someone to make a trailer or they get a friend to help. I want to go over some quick things you can do as a developer to get started on making your own video content and what programs and resources you can get access to. It’s easier than you might think!

The Importance of a Trailer

Most important for game trailers is for it to have a hook. Now, trying to appeal to every single type of player is obviously impossible, so you have to work within your chosen genre. Gameplay is incredibly important: if you can’t include gameplay from a player perspective it can weaken your product. Many publishers/developers will sometimes use custom camera angles of the game (sometimes using debug camera views or a spectating/free camera). This way they are able to make a much more cinematic video. However, when this happens, they leave out a lot of what the player will actually see while playing the game. The aim for creating a successful trailer would be showing off some of your game’s strengths from a player perspective and if possible use the addition of different angle when it is necessary to emphasize certain game events or actions.

You can easily start out videos with game world flyovers or atmosphere-building moments, similar to that of a movie trailer. Adding in gameplay though should never be left out and should be the core of the trailer content.

There will be a choice of which road to go down when getting into video editing. It all comes down to how you use the software and how often you will use it. With paid software you will get more features and flexibility although with the freeware route you will not be spending a dime. Although even if your need for creating a video won’t take much time you can even use a trial version of the paid option.

Openshot is an up-and-coming freeware non-linear video editor that packs in many features and has multi-OS support. There are features like drag and drop support, the ability to cut video and audio tracks and add transitions, title editing, and even rotoscoping. With the newest versions there is even 4K and animation support. I do not personally use this on a regular basis, but it deserves a lot more recognition as it is a competent video editor. 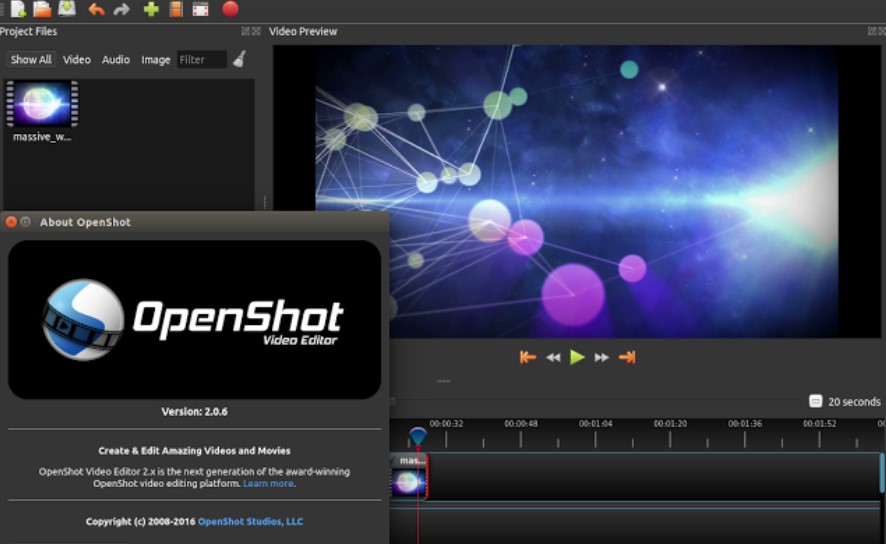 Kdenlive is an open source video editing application that was started fairly early around 2003. Minus the animation from Openshot (except keyframing effects), you have roughly the same amount of features. Working with Kdenlive will take getting used to though, and installing it on Windows will require an extra step of installing FFmpeg binaries manually for the video editor to utilize. The layout is not a favorite of mine although this may be due to me being used to Premiere Pro. If you are starting fresh in all this and begin with Kdenlive it may be much easier for you to get used to it.

HitFilm will be the in-between option here: you can either get the paid version or use the free version with comes without the studio level features. Personally I find it to be the best all-around video editor if you don’t require the need to do any heavy effects processing (if you are not spending money on an editor). 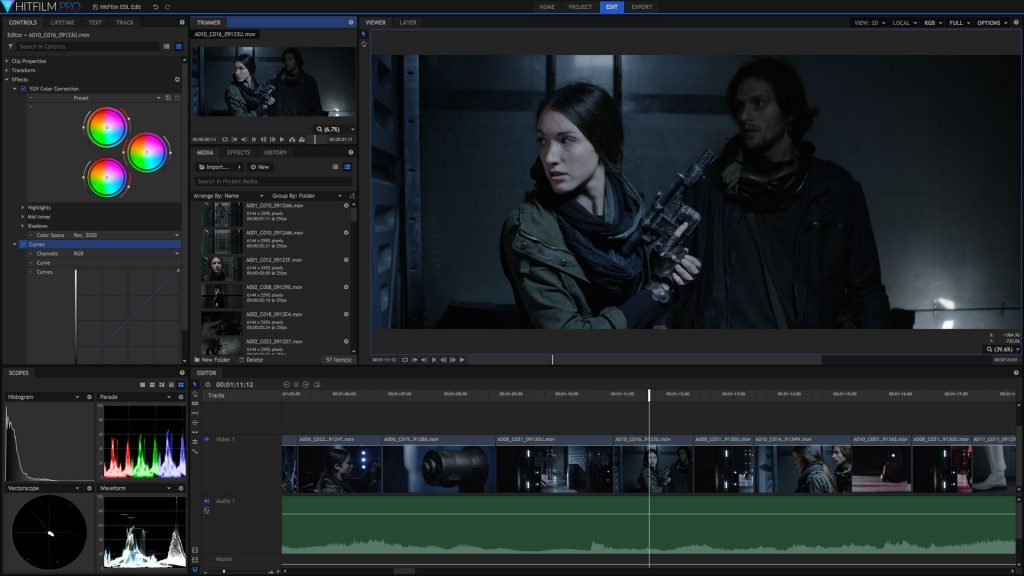 Adobe Premiere Pro is my preferred non-linear video editor. It is by far the most powerful and is now recognized as an industry level software tool for editors in indie film and hollywood alike. In knowing this, don’t let it dissuade you as a newcomer. Premiere Pro is a powerhouse of a tool even once you know the basics, but it is ten times that once you become used to it.

If you plan on creating just one video I would not recommend this application but this is totally up to you as you have the option to use the trial. 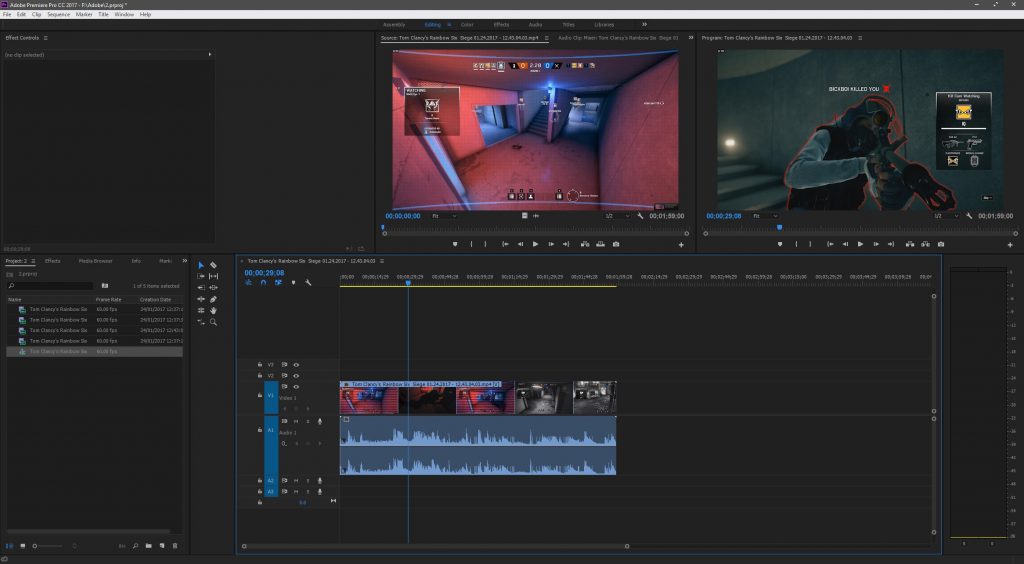 I started editing videos on Sony Vegas (Now Magix) myself, and at the time it was the only program I used and I got used to it. It can be used in a professional sense like Premiere Pro and has a wealth of features. However it can be convoluted for many people, sometimes getting through the basics might turn people off from using it. If one was to push past this strange learning curve it will likely be second nature and you can edit videos to a high standard the same as other applications but as with Premiere, you have a trial to test his out. 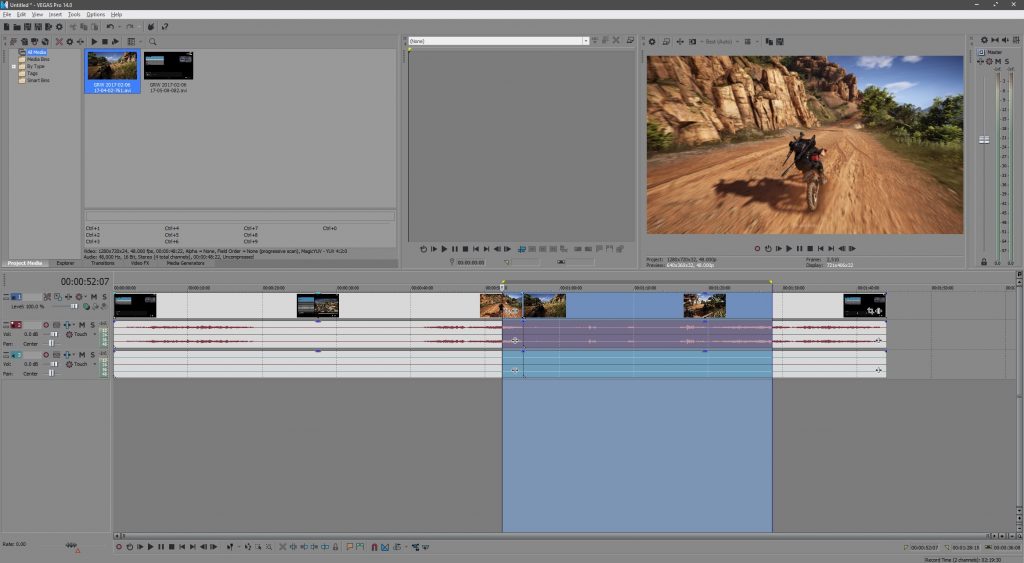 Recording game footage is sometimes a complicated process and you may run into issues with files and framerate errors or broke video files. To be honest it comes with the territory but the way to go about it is just preparation and knowing what to do when you want to record footage.

There are various methods of going about this too. You can purchase a PCI expansion based capture card, which is designed to record video signal from the computer into a lossy format. This may be a little limited though and you may want to opt for something that has more control. If this is you then you might want to look at a software capture application. This is where you will likely run into issues. What you need first and foremost, is a hard drive to record gameplay footage too that is fast. Most people might specific an SSD however due to my need for lossless video quality I prefer a larger mechanical hard drive. I either run a 7200rpm SATA 6Gb/s based Seagate drive with a minimum of 2TB of storage. The other kind of drive i run (albeit older) is a WD Velociraptor HDD (latest model WD1000DHTZ), this one runs at 10000rpm, this however I use for recording above 90fps (footage used with effects work in After Effects). This isn’t a recommendation however as it is an expensive drive and a 7200rpm drive with a SATA 6Gbp/s connection is fast enough. 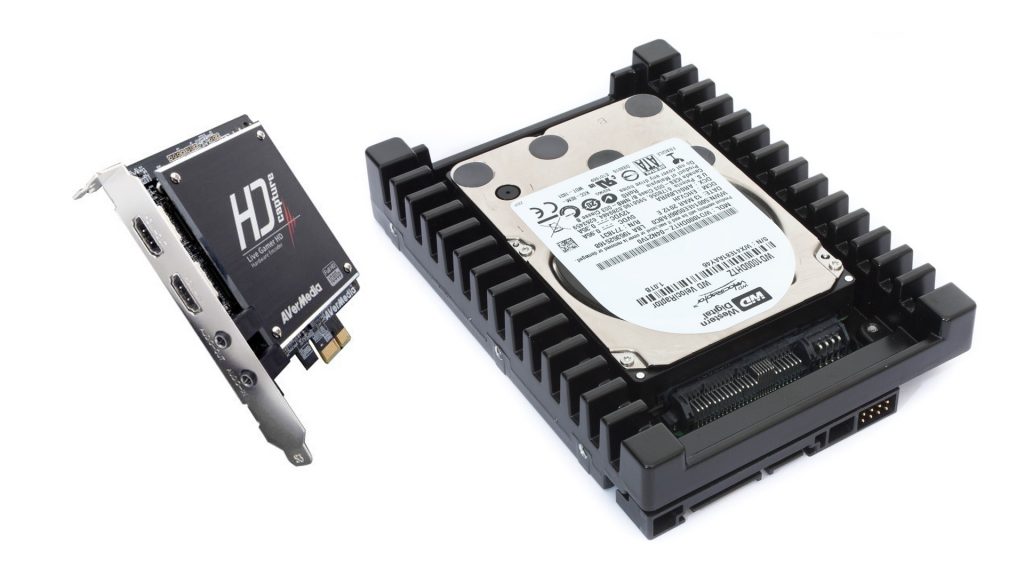 OBS also known as OBS Studio, is a fully open source program for recording games and desktop—however its primary focus is streaming. What is important however is it can be used as a standard content recorder and for being free software is extremely feature heavy. One major downside is you are limited to lossy video content: there is no option for lossless video. You have the option for AAC audio with either CPU video encoding or GPU based encoding with full range of control on the recorded video framerate.

Dxtory is a program made by Japanese developers that allows for recording of DirectX and OpenGL software. It supports custom codecs, and the choice of lossy or lossless is up to you. What is not supported though is GPU acceleration, as most lossless content users rely on CPU and HDD speed. There is support for multi track/source audio recording, multi channel (for those interested, IEEE Float support up to 192k Hz and 7.1) audio recording, custom audio codec support, framerate lock whilst and when not recording gameplay. Dxtory’s performance will solely depend on the codec you use and the hardware you use, Dxtory itself has the least effect on performance. Also, it has an ability to record to raw format with a convertor built in for that raw footage. All footage is recorded in an AVI container.

Bandicam is an extremely feature-heavy application that does many things Dxtory does with some variances. Bandicam can record the desktop on top of DirectX and OpenGL software with the addition of GPU accelerated recording. A downside however is you are limited to recording a maximum of two audio tracks and no precise multi channel audio (sometimes does not work).

You Have the Power

As with many other aspects of indie game development, it’s going to be up to you or someone on your team to learn new skills, and game trailers are no exception. You’ve put months or even years into your project, so you’ll want your audience’s first impression of the game to be a good one. It may seem daunting at first, but video editing is a powerful tool once you’ve mastered the basics and it can only help.