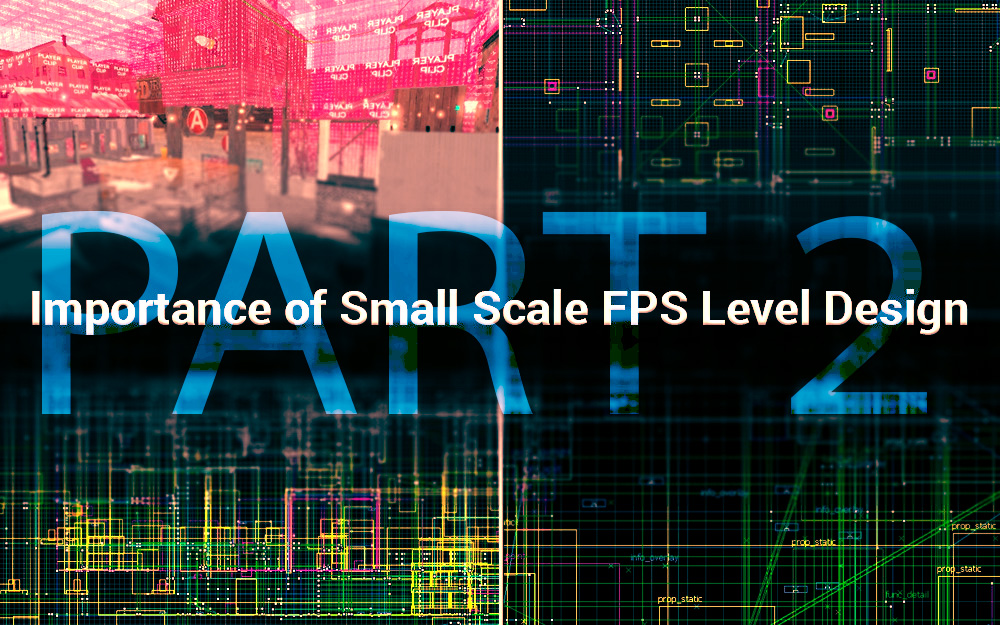 Following up on my previous post on Level Design, I focused on many popular mainstream games and the design included in those titles. The problem with that is for independent developers, getting access to the skillset and technology used in those games is harder. Lower budgets and fewer people involved means many compromises need to be made. So the idea is to attempt to apply the same processes to level design whilst taking note of what you can’t do and finding an alternative or designing around that hurdle. One thing that has being occurring are a mixture of methods to produce levels in games, whether it be hand crafted worlds or procedurally generated worlds. Creating smaller levels in an FPS or competitive multiplayer game can be done fairly easy as many tools are still available to developers without breaking the bank. Various methods can still be applied with those tools and it still will not affect the chances of creating a good game.

For a competitive online game, whether bots are implemented or not, creating a procedural system for your level is going to be the wrong approach. You as a developer/level designer need to plan for what players are to encounter and what possible outcomes occur within gameplay. This will means your levels need to be handcrafted and every single pixel, so to speak, needs to be thought out. Relying on a random seed for the best quality level is a far fetched idea, it may be possible eventually, but currently your safest bet is to create everything from scratch and through planning.

Numerous resources exist that can help with creating various types of stages that revolve around many different playstyles and gameplay modes. On top of guides whether it is tutorials or books on the subject of level design, through community action there are even assets free and paid to help in the creation of game levels. Along side assets also known as prefabs, you can get other resources such as scripts and audio to help with more advanced parts of creating your levels. This can involved adding interactivity or creating soundscapes.

There is an extremely detailed piece on level design for competitive style games in which it covers a vast amount on the basics without too much reliance on fancy engine features.

This resource was written by Benjamin Bauer, with a visual reproduction of the piece created by Bobby Ross.

As someone who created maps for Counter Strike Source I know all about what kind of effort it takes to create a good map that will sit well with people. A good level needs to pop visually and be enjoyable to navigate. Various designers can go different routes as to how they construct their level. Some will make a design that is symmetrical, this helps with gameplay balance although others may make an uneven design layout which would be harder to balance but can be easier to navigate. The first step for anyone however would be to put pencil/pen to paper and start sketching what you want to see in your game, how players interact with that level and how you want it too look and how various items are place in that world. Some like to open up an Engine SDK or software and plan that way. Personally however I find it more constructive to start with pen and paper. I guess I am just old fashioned that way. What is hard however with this stage is how a level will perform. That is something that comes in later stages with playtesting. 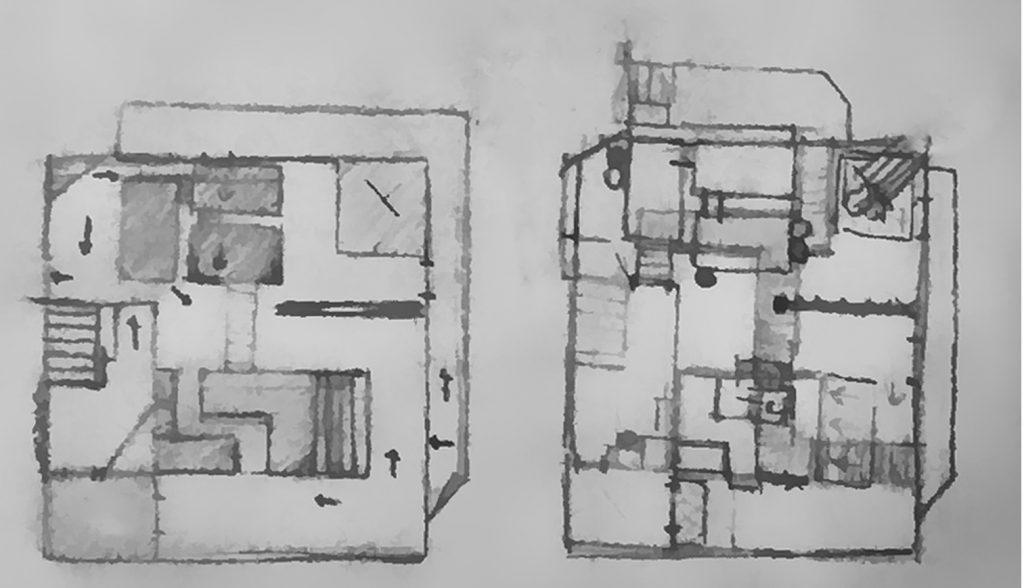 Some of the most impressive levels seen today started out as rough sketches on paper.

Theming a level is important for atmosphere, whether your level is based in real world settings or a setting that resembles a real location. Even dropping players into a fantasy setting that doesn’t adhere to real world laws adding in teleportation portals, levitation and anti gravity mats. Visual design within a level comes down to a few things, it need to suit the gameplay you are designing and it needs to sit well with you as a developer. Gauging how players feel about the visual style will also come down to playtesting.

As with any game you will have Q&A, but as an independent developer I feel you can have much more flexibility than a big studio and it can benefit you a lot more. You can provide your experience to a specific set of players and gauge the reactions of players from very controlled groups. Whether they are casual, intermediate, or hardcore and professional players, you have an opportunity of being your own boss and will have fewer restrictions of who exactly is testing out your game. Now of course play testing with humans is the most important thing but I feel even throwing in bots for your level before using real players would be good for testing out general navigation on your map. If you have an opportunity to use computer controlled AI on your levels, use them and decide if the AI flows through the various pathways of the level. 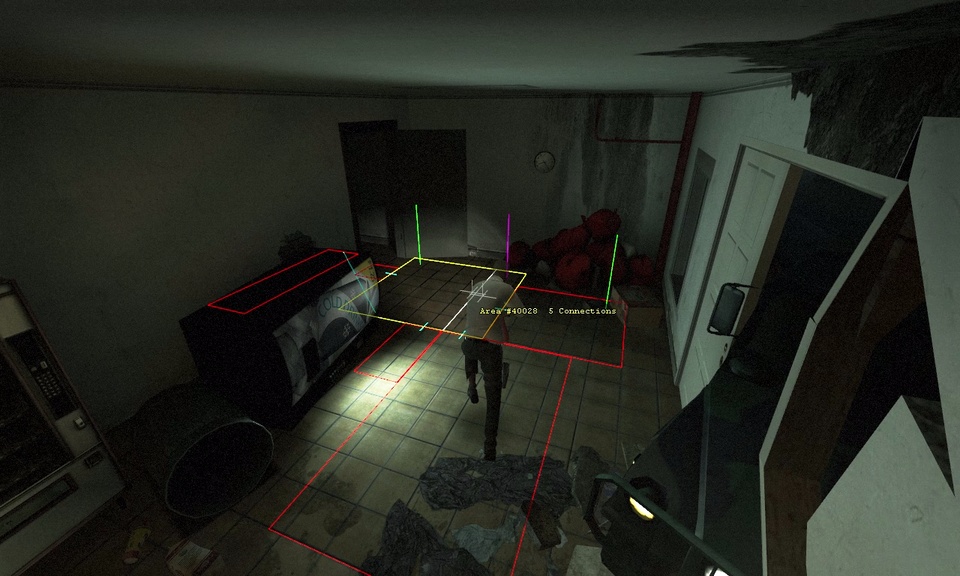 Source Games use a navigation mesh to help determine where AI move, a great tool in also understanding choke points in some maps

There are various games that exist who have created small arena based/multiplayer FPS experiences. Some may call them Quake clones, but to me I feel there are not enough Quake clones. You have games like Ratz Instagib, Rise of the Triad (Remake), Toxikk and Murder Miners.