5 Things to Pay More Attention to While Polishing 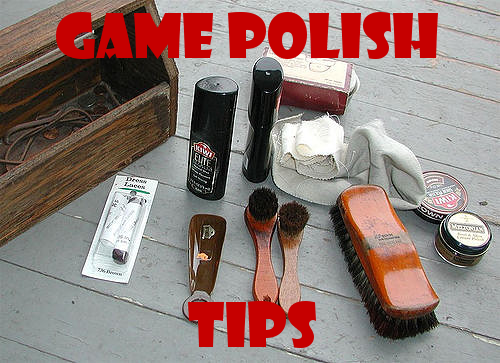 As developers, we tend to focus on our specialties, be it as a programmer, an artist, or a level designer. There are tons of things that people believe they are not good at, but by doing even three out of five of these things can make our games feel complete for our audiences—even if they aren’t in our wheel-houses. When it comes to making our own projects, developers should try to look outside of their toolbox when it comes time to polish. Today, let’s discuss some of the things we can do that we may consider outside our reach and hopefully realize we are more talented than we believed.

A key element in gaming is the soundtrack: it can set the tone for a game session or trigger certain emotions within us for an important cut-scene and help deliver the game’s message. Music is such an emotional medium—think of your favorite part of any game and take away the music. By simply taking away the music, the experience of that part changes dramatically. Now if it was an emotional scene, what happens if you add some upbeat or dance music. If it was an action-packed scene, what happens if you replace the music with some slow jam music. Ubisoft’s Rayman Legends is a great example: their music levels are designed so the player acts to the beat of a song and everything they do corresponds with the music in a beautiful dance of understanding. It doesn’t matter what the game’s genre or message is, music will always help define and enforce them, so make sure you give it the time it deserves.

It does not matter how many characters, level designs, or audio tracks you make if they are not done properly. There is a prominent scale that happens between the concepts of quality and quantity. A game will not do well if there is more quantity than quality – if a player loses interest it will not matter how many unlockables the game offers. The opposite is also true, if the game is too focused on appearances players will simply play through it quickly and be onto the next. A game’s success is more fruitful if the scales are balanced, but finding this balance can be difficult. Personally, I find that rogue-likes and RPGs strike a great balance between the two. “Enter the Gungeon” by Devolver Digital is a great example for a game that is polished and offers the player enough rewards to keep playing.

One of the most overlooked game components is the menu system. Menus are the way our players interact with our game, and remembering our promise of an experience, rushing these menus would be counter-productive to that. Menus should be short and visually captivating, but not distracting either. When it comes to user interfaces that are up while playing, they should be as minimal as possible so the player can see as much of the game and the intended experience as possible. People may not think about this, but menus affect the game’s pace. If every time you stop to look at a menu you are forced out of the game’s immersion because of the lazy design, you are doing your game a disservice. Controlling the pace and keeping the player immersed is what we want; making sure our overlays and menus don’t disturb those moments is why we don’t rush.

Something that is overlooked often, as it creates more work, is voice overs and sound effects. Yes, when working for a deadline, creating more work isn’t something you may want, but if you intend on adding this feature, do so from the beginning. There is a powerful level of depth added to a game if the characters gain voices of their own. What developers forget is that they, too, have voices and could easily record them. It may not be “professional,” but that depth is added nonetheless. Another potentially optional thing to polish are sound effects: an incredible thing, if done right, they add another layer to the music or more depth to the voice work. By spending time to polish the sound effects, you can change the game feel and make it, again like the music, build excitement or suspense. 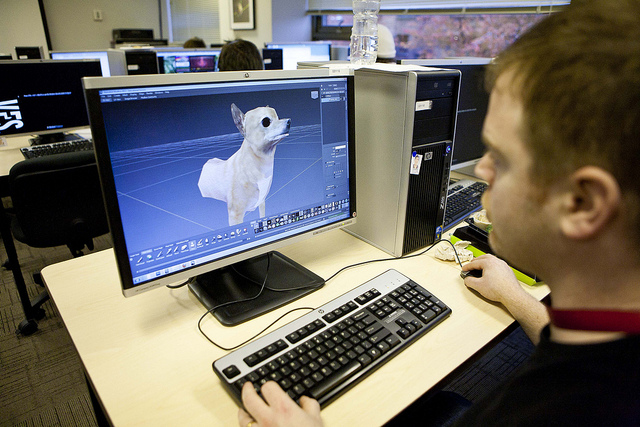 Graphic Designer Working on a Model (Free Image from Flickr.com)

When it comes to polishing your games, you should know when and where to tweak. Knowing what parts need polish is vital for staying on track with your dreaded deadlines. Prioritizing the polish can also alleviate the pressure from a deadline. Look at your project and see where it is strongest and where it is weakest. Think about how to fortify your weak parts so they look as polished as possible. Do your menus and user interface feel disjointed from the gameplay? Does one area of your game world not feel out of place when compared to the rest? Why? Did you forget to go back and clean up a sprite or two and just notice? These are things that we need to prioritize and slowly work on, and if done properly, over time it will take away from some of the finishing touches needed later.

Even if it means learning the basics of a new skill, you should consider it. Polish is what players respect and crave, so why not give it to them? Polish is a rare win-win situation: the players get a better quality game while us developers get more respect for our craft and our games get picked up and remembered. Yes, deadlines are important, but what would you say is more important: Getting a project completed on time; or getting a project completed in its best possible form? You decide.